CARS.COM — Cars with at least 75 percent domestic content are becoming an endangered species, and for the first time in the American-Made Index‘s nine-year history, the list has fewer than 10 cars.

The Toyota Camry took the top spot this year, as 2014’s top vehicle — the Ford F-150 — fell below 75 percent in domestic-parts content with its 2015 model-year redesign. The Toyota Sienna, Honda Odyssey and Chevrolet Corvette return to the list alongside GM’s three-row crossovers: the Chevrolet Traverse, GMC Acadia and Buick Enclave. The Michigan-built SUVs were last on the AMI in 2013.

It’s not that automakers are slowing U.S. production. If anything, the opposite is true: Excluding heavy-duty trucks and commercial vehicles, automakers assemble 101 models in this country for the 2015 model year, from Chevrolet sedans to BMW SUVs. These cars combine for the vast majority of new-car sales, and U.S. production remains on the rise.

What is shrinking is the percent of overall domestic-parts content. Five years ago, 29 cars qualified for the American-Made Index. Today it’s fewer than 10. Consider the opposing paths of U.S. auto production versus so-called “homegrown” cars:

Once negligible, U.S. auto exports have been on the rise, hitting a record 2.1 million cars in 2014 as lower labor costs and relative economic stability mean higher production at U.S. factories. With increasing exports in the mix, do U.S. sales alone paint an adequate picture of how many autoworkers are employed building a car?

As it turns out, yes. An alternative approach to the AMI that we’ve tried in recent years is to factor domestic-parts content with production instead of sales. For 2015, the results would swap just two cars:

Production drives employment: Take the Camry, which is assembled at Toyota’s Georgetown, Ky., plant as well as in Lafayette, Ind., through a partnership with Subaru. The non-hybrid Camry accounts for about a quarter of the cars that Subaru’s Lafayette plant produces and about two-thirds of the cars that Toyota’s Georgetown plant produces. If you took the same ratio of employees from each plant, the Camry supports about 5,900 assembly-plant workers, according to employment figures provided by each plant. Using the same methodology to evaluate others on the AMI, Toyota’s family sedan still directly supports the most Americans:

Of course, it’s never a clean split. Autoworkers typically build multiple vehicles on the same line, and certain management positions would exist whether a plant builds 500 cars or 5,000. Then there are the research and development, supplier, marketing and dealership jobs that a given car supports, which are a lot more numerous than assembly-plant employment but harder to correlate to individual car models. But it goes to show that higher sales mean more production, and more production equals more employees.

The American-Made Index analyzes how American an individual car is, not an automaker. There’s plenty of debate over the latter. The American Auto Policy Council, which represents the Detroit Three, claims its member companies employ two-thirds of all U.S. autoworkers. But cars such as the Camry show the impact that foreign-based automakers can have on the U.S. economy. Indeed, the Japan Automobile Manufacturers Association says its member companies, which include every major Japanese automaker, directly employed more than 90,000 Americans and invested some $43 billion in U.S. manufacturing cumulatively by 2014. Automakers based in Asia or Europe build 53 of the 101 light-duty cars assembled in America.

Still, Detroit has the bulk of cars with high domestic content. GM, Ford and Fiat Chrysler Automobiles build 37 of the 57 U.S.-assembled cars with 60 percent or higher domestic content. Foreign-based automakers are responsible for dozens of imported cars with zero percent domestic content, according to the National Highway Traffic Safety Administration. Detroit automakers have just two cars below 5 percent: the Buick Encore and Chevrolet Trax, which are both imported from GM’s South Korea facilities.

Cars.com’s American-Made Index rates vehicles built and bought in the U.S. Factors include the percentage of parts considered domestic under federal regulations, whether the car is assembled in the U.S., and U.S. sales. We disqualify models with a domestic-parts content rating below 75 percent, models built exclusively outside the U.S. or models soon to be discontinued without a U.S.-built successor.

In today’s global economy, there’s no easy way to determine just how American a car is. Many cars built in the U.S., for example, are assembled using parts that come from elsewhere. Some cars assembled in the U.S. from largely American-made parts don’t sell well, meaning fewer Americans are employed to build them. Cars.com’s American-Made Index recognizes cars that are built here, have a high percentage of domestic parts and are bought in large numbers by American consumers.

Domestic-parts content stems from Congress’ 1992 American Automobile Labeling Act, which groups the U.S. and Canada under the same “domestic” umbrella. It’s one of the bill’s imperfections, but the AALA is the only domestic-parts labeling system car shoppers can find on every new car sold in America. Other domestic-content ratings — namely those used for the North American Free Trade Agreement and the corporate average fuel economy programs — are unpublished, give a simple over/under indication or lump even more countries, like Mexico, into the “domestic” pool.

Editor’s note: This post was updated on June 29 to correct the characterization of investment by Japanese manufacturers in the U.S. 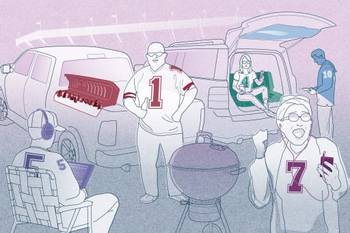 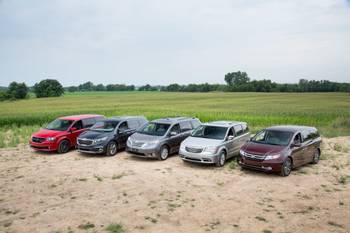