Volvo has decided to discontinue the S40 sedan and V50 wagon for the 2012 model year in the U.S. Both were compact offerings derived from the same platform. The second-generation Volvo S40 debuted as a 2004 model, while the V50 came in 2005.

Both models have struggled to attract American car buyers — the automaker had reshuffled trim names and content offerings to make each more attractive over time. Even so, the S40 and V50 have seen double-digit decreases in year-over-year sales, which are down 29.5% for the S40 and 59.1% for the V50. “The S40 and V50 are great cars,” says Volvo spokesman James Hope, “[but] our focus, however, needs to be on our volume vehicles, specifically the S60, XC60, XC90, S80 and XC70.”

The C30 and C70 will continue to be offered, says Hope, even though neither is a particularly strong seller in the U.S. As we reported earlier, Volvo also discontinued the larger V70 wagon in 2011, leaving an automaker once synonymous with wagons with just one entry left in the field: the rugged XC70. 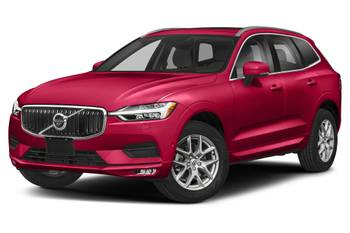