Looking for a deal on your next car? If you have the luxury of being able to bide your time, you may want to wait until year’s end. New-car incentives depend a lot on situational factors like dealer inventory and competitive activity, so seasonal trends are hard to establish. That said, one month — December — has proven historically strong for deal seekers. By the yardstick of average incentives per new vehicle sold, December topped the rest of the calendar during four of the past six years, according to Motor Intelligence.

Specifically, the final days of December hold the most promise — and that doesn’t necessarily require trading Diana Krall for the dealer crawl. Automakers operate on sales calendars that often rope in an extra day or two if the final day of the month, or year, falls around a weekend or holiday. In 2018, that meant the calendar extended to Jan. 2, and the final days leading up to it saw the highest period of incentives during all of 2018, according to J.D. Power.

During that last, truncated week of the 2018 selling calendar — Dec. 31 through Jan. 2 — incentive spending averaged $4,529 per car sold, by J.D. Power’s accounting. That’s nearly $200 higher than the second-highest week of the year, Dec. 17-23. The week between them, including Christmas, ranked fourth.

“The highest [incentive] spend weeks are often in December,” Chris Li, a senior director at J.D. Power, wrote in an email. “And the final weekend is typically the highest single period.”

Can’t put off your purchase long enough for holiday haggling? Certain weeks in late summer or fall might present an alternative.

“Among the top five weeks for spend, there are also some instances where a week from November or the Labor Day holiday week may sneak its way into the fourth or fifth spot,” Li said. 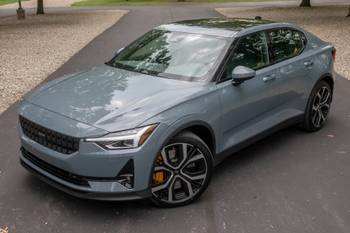