See all 75 vehicles from this dealership.

This seller has been on Cars.com since July 2008.
Our customers know from experience that we are dedicated to making sure that you will be satisfied.
That's why "Expect More!" is more than just a slogan. It's our commitment to you.
We constantly strive to insure that you enjoy great deals backed by outstanding service.
Our service facility is top notch and is staffed by dedicated people educated to help and treat you in the most professional manner possible.
We hope we can earn your business today. If we do we will do everything we can to make you want to be a lifetime customer.
Sincerely.
Pat Fischer
Expect More! 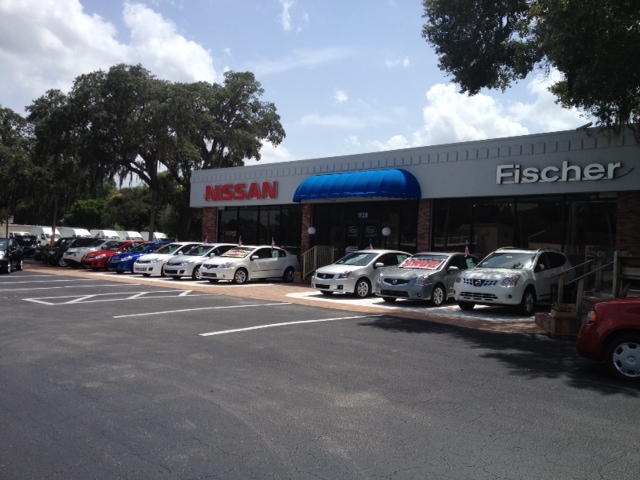 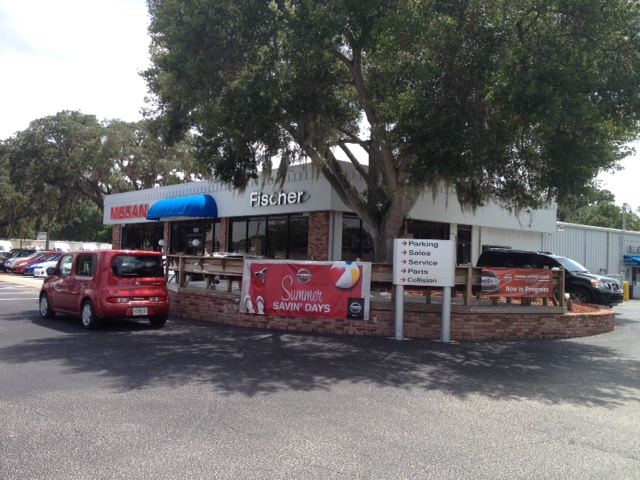 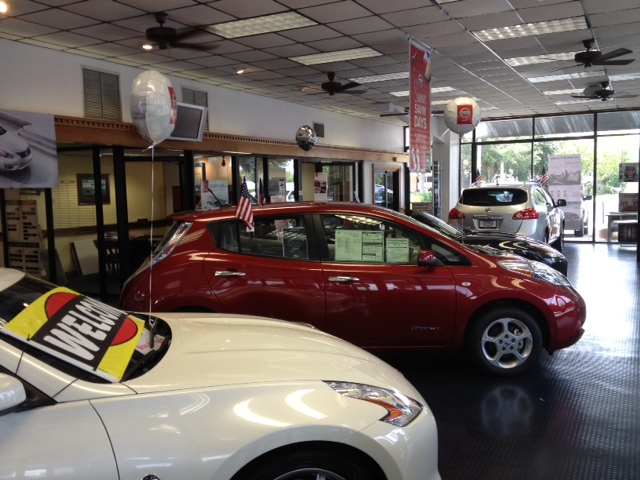 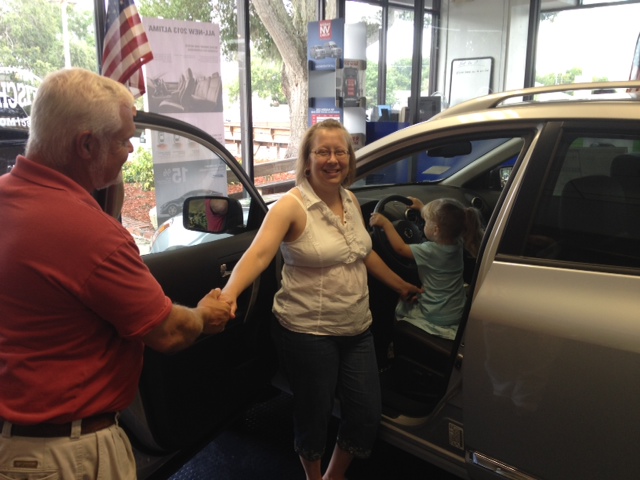 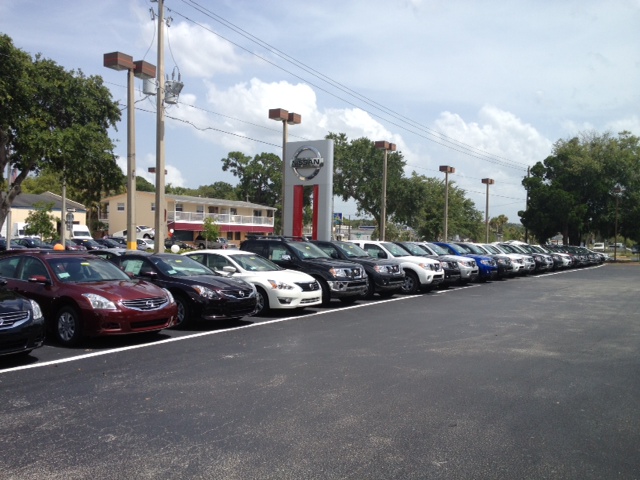 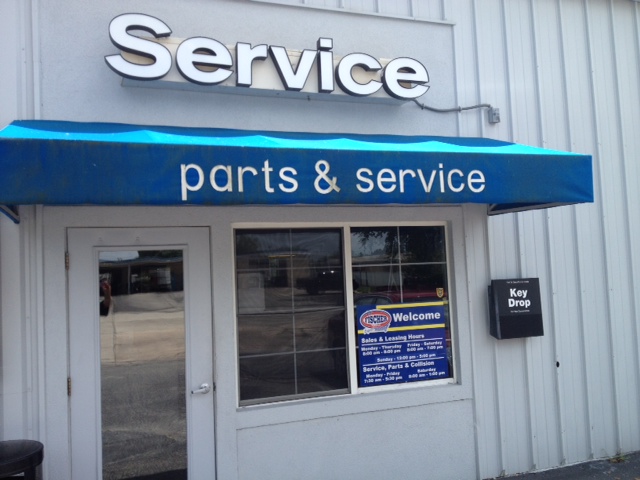 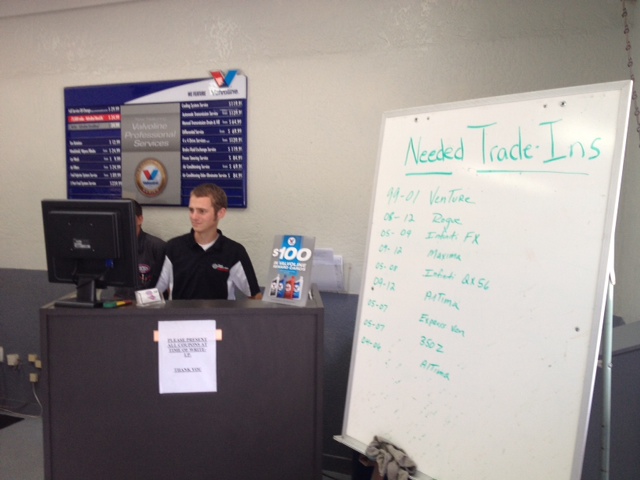 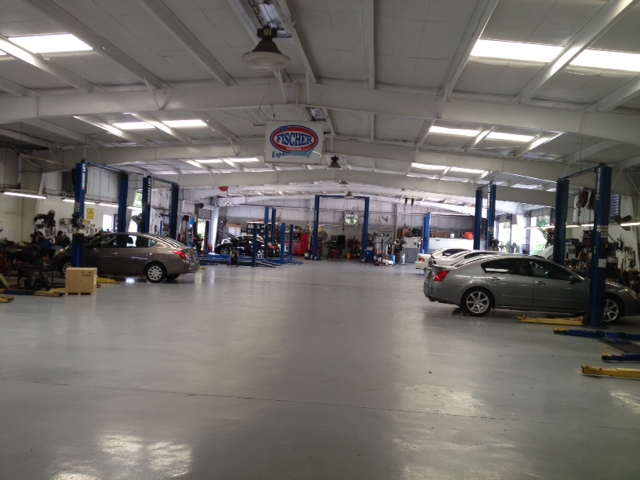 Just a nobody telling the truth

I had them look at it and they said that the electric radiator fan was missing, so I asked them to fix it for me, and they order the fan and other parts, so I waited a week and had not heard from the dealer so I called, they said the electric fan was on backorder, but they had the other parts. So, I asked if I could pickup the Rogue because I had other work to do to it, they said OK so I got the parts they ordered and ask if I could put in the fan when it came in, they so that was ok. I noticed that half the parts they ordered I did not need because they were installed in the Rogue and I did not need them, I called the service manager and was told that I could take them to the parts department and could get a refund that they order extra parts in case needed, so no big deal. When I took the parts back the parts department said OK and took the parts in the back room, after 20 minutes he returned to the counter and said that some of the parts bags were opened and he could not take them back, so I thought ok I could understand that. But 2 of the parts I brought back were not opened one was a clamp and I asked if they could be returned and was told no because they were electrical, well the other was part number 212004BB1B sensor assembly thermometer it fits in between the radiator hose, and has no electrical connections this part was not missing from Rogue the bag was sealed and not damage. But when the parts guy brought it back to the counter from the back room where he took it was wrapped with packing tape around the bag and was told the bag was damaged. This is a flat out lie., I cannot believe that this person would do something like that, but it’s my word against there’s. The service manager came up to the counter and said that they should be able to work something out so I left all the parts there and ask them to call me when they came to and agreement, but have not heard back from them since then and they still have the parts. Well after a month I called and they said the fan had come in that day so I picked it up and installed it myself. I was told that the AC would not work without the fan because the fan had 2 electrical connections and would not work without being hooked up, So I made an appointment for the next week the first they had. I was then told that the AC compressor was froze up because the electrical connectors were not hooked up when fan was not in Rogue, so that’s fine, still not sure how it could lock up when not connected. So, they charge me another $348.00 for looking at it. I had asked them to go ahead and order the compressor and replace it. 2 weeks later I had not heard from them so I called, they said the car had been done for a week and when I was going to pick it up, I asked why they did not call me and they said they called but I never got a call and no message was left. So, by now I have been without the Rogue for 2 months. I picked the car up when they said it was done and no sooner got out of the parking lot and the check engine light came on so I drove home and hooked a scanner up and it read P0532 refrigerant pressure sensor A DTC take to dealer. I erased the code from scanner and ran it again, same thing, then shut Rogue off again and ran scanner no code now so happy there. But AC is not blowing very cold so I checked it with 2 different thermomotors that I put in AC vents and was averaging 50 degrees. So, I called the service manager and he said that they ran it for and hour and it worked fine and hung up. I did not hear back from service manager so called the next day and left a message for him to call me, he never called back. I called the service desk and left a message for him to call me and never heard back. The next day I called again and talked to the same girl in the service department and asked again if she could have him call me so I could get Rogue looked at and still have not got a call back.

I have to tell you this dealership atleast for repairs is by far the most professional and courteous and friendly. I’ve had issues with mechanics but I have to say a huge thank you to Charles Kirby for taking such great care of me,

Sold me a lemon

December 12, 2020
By Cmoore from Titusville Fla

I purchased a vehicle from Pat Fisher several years ago. He sold me a lemon, I didn't get to drive my car for the first month after purchase! It was in their shop getting repairs done that should of already been done before it was put on their car lot for sale. Pat was a highschool friend of mine, I was very upset that I put my trust in him only to be sold a lemon from someone I thought was a friend!

We are always concerned as a dealership and friendship to leave anyone disappointed. Our personal commitment to all our relationships is key to our success as people and in business. We would love the opportunity to discuss your vehicle's history and why we felt then and now that your vehicle was and is a value that makes sense for a lot of folks today. And we absolutely stand behind and appreciate every car we have the opportunity to sell and service. Please come back in and see us.

Even though the COVID virus is out there Fischer Nissan helped us get a car all because of the web and delivered it to our house. Wow how perfect is that? Thank you Fischer Nissan

We appreciate your positive review about your recent experience with us! Our team strives to deliver an excellent experience, and are glad you found this to be the case during your visit. If you have further needs or questions, please reach out!

November 10, 2019
By Owen Anderson from TITUSVILLE

I worked with Owen Anderson in the body shop repair department. He is the best excellent skills. He was friendly, professional, detailed oriented takes great pride in doing something right. I will definately be back to work with him!!!!!

Owen Anderson, thank you for your kind review; we are happy to pass along your comments to the team here at Pat Fischer Nissan!

Worse service department ever! Tried to charge $170 over the $100 warranty deductible. Said the warranty only covered $100 hr labor rate, and part. They said they charge $130 hr, plus shop charges for things like rags and supplies that the mechanics need in the shop. I’m sorry, but even the warranty company said that they have never heard of such a thing. They also said that every Nissan across the Northern United States Agree to work on these vehicles under the contracted labor rate of $100 hr. That they cannot charge you $130 hr. That is why you have the warranty. And, just because it’s not a Nissan vehicle. The warranty contract is through Nissan. Our car was a Dodge. We bought it from Nissan used. They cannot charge you more because it’s not a Nissan. The warranty company pays them the costs it will take to repair your vehicle. We contacted the warranty company before we picked up the car. The dealer told us there were extra costs. The warranty company told us that they cannot charge us. That the only thing they can charge is the deductible and tax. That’s it! The warranty company asked us to have them call them when we got there to pick up the vehicle. They handled it from there. I called a local shop to see if they also charged “Shop supplies fees” they said never! They had never even heard of such a thing. Never again well we use, or buy a vehicle from this dealership. If they try and rip you off in the service department. I can only imagine what they would do if you were trying to buy a car from them. And when we left. The light was still o, so they didn’t even finish the job! I would NEVER RECOMMEND THIS DEALER!

Service Manager, we're disappointed to hear of the negative experience you had at our location. Our manager would really like to speak with you more regarding this matter. Please reach out to us at (321) 268-2000. We look forward to hearing from you.

We were so excited to be shopping for a new car, these jerks ruined it. I&apos;m sure it&apos;ll pass, but really, how does such a horrible business keep it&apos;s doors open?

I&apos;d rather be shot again than reamed by them

Worst ever been lied to so much now no SUV rather b shot again never again hopefully I can get my vehicle&apos;s back again wow

Pat Fischer of Nissan in Titusville is wonderful A+ rating from me Brad Traina was wonderful he found a great car for me that fits my 6-2 height and he has great customer service and he went Beyond to help me find a vehicle of my satisfaction so thanks you again Pat Nissan for making my Driving Experience Amazing!!!

Great service. Quick and easy to get in and out. People are friendly and eager to help. Clean waiting areas for customers. Definitely worth the time and drive.

Rating breakdown (out of 5):
0 people out of 0 found this review helpful. Did you?
Show full review
Read all 34 reviews