This seller has been on Cars.com since May 2019.
At Maher Chevrolet we are committed to customer satisfaction and to helping you before during and after your purchase. You are important to us and so is your business. We believe in building long-term relationships with our customers so you can count on us to be there ? now and in the future.

Whether you are looking to purchase a new or pre-owned vehicle need your existing vehicle serviced or just need parts for your car truck van or SUV we provide you with quality customer service by experienced professionals to keep you coming back to Maher Chevrolet for all of your automotive needs.
Maher Chevrolet is your Tampa Bay area Chevrolet dealer! 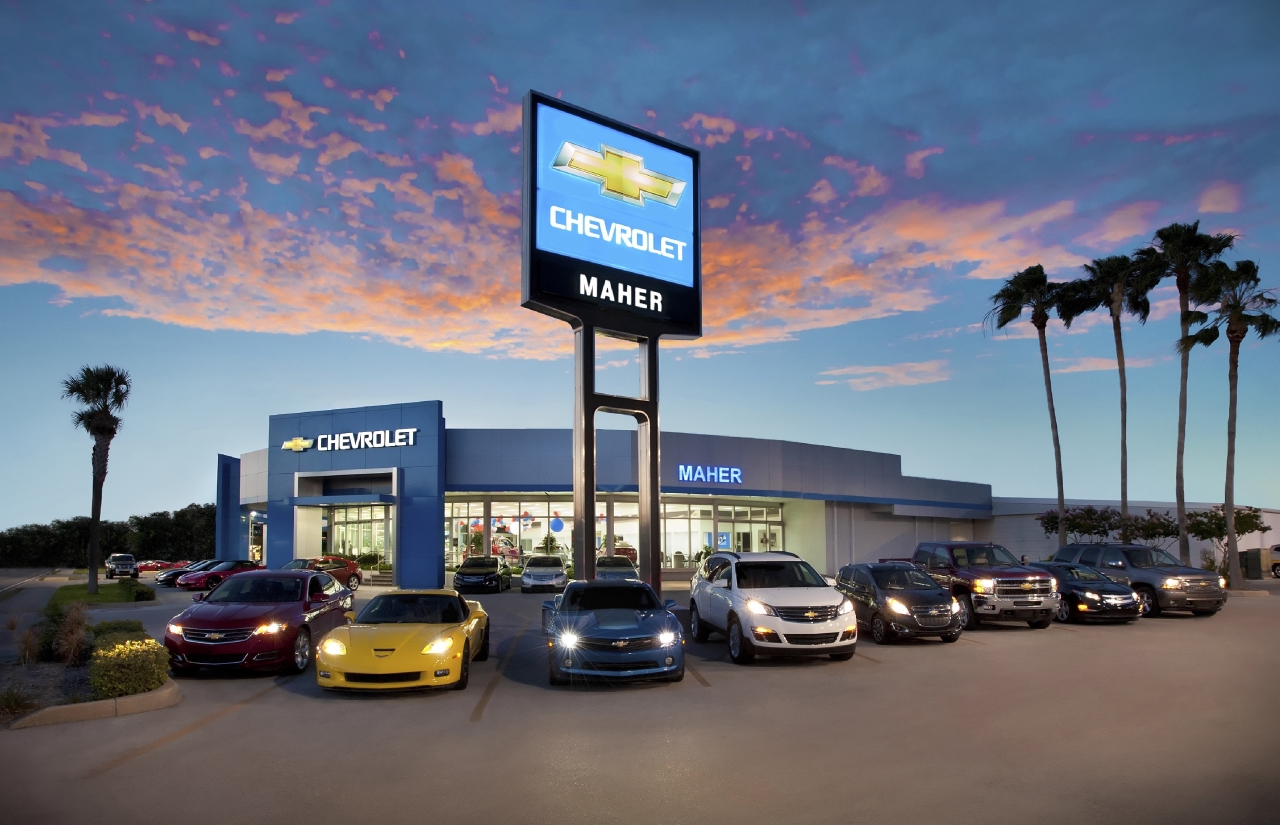 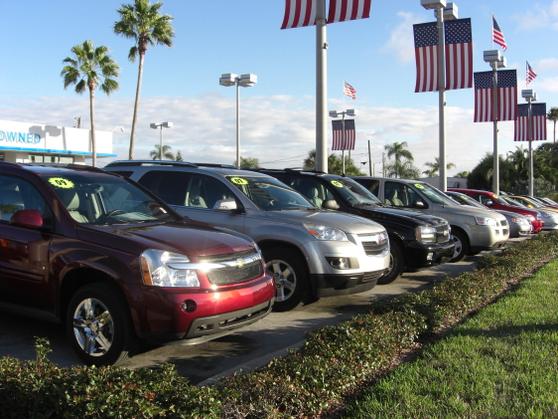 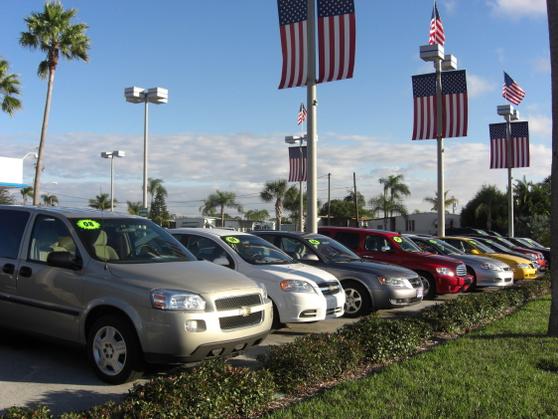 Prompt as usual, Ride home was provided, car was clean and service completed as requested.

Hi, thank you for taking the time to let us know how we did. We hope you have a great day!

They sold the "loaner" they gave us

I'm here again to express my disappointment in Maher. We've had 2 loaners for a month because they have not been able to repair our car. On top of that they have call twice to ask for the loaner because they sold it. That's so unprofessional and they did via text message. This is straight up bs.

Hi, it is disappointing for us to hear that your experience was anything less than great. We would like the opportunity to address your concerns. Please reach out to our Service Manager, Darell Marcum, at (727) 328-5186 when you have a chance. Thank you, and we look forward to hearing from you.

A difference in customer service

My significant other bought a used car in Feb 2021 and purchased an extended warranty. But the car started having issues now this was claimed to be a "Certified" vehicle. I admit the car is 10 years old. This car has been at the dealer longer than in front of our home. The delay and lack communication from Maher the excuse was their short staffed. We just want the car repaired and if something else pop-up time the return the car back to them.

Thank you for reaching out to us. We regret to hear about the situation you have described. We would like the opportunity to address your concerns. Please reach out to our Service Manager, Darell Marcum, at (727) 328-5186 when you have a chance. Thank you, and we look forward to hearing from you.

Ive had my car for 3 years now as of February and love love my dealership and car care services u recieve each time I bring my car in. Mike O. Is my go to service dealer each time he always make sure I leave happy. Im so ready for an upgrade I love chevy

Hi, your satisfaction is important to us, so we want to sincerely thank you for choosing Maher Chevrolet and we hope to see you again soon!

February 19, 2021
By Dustin the scammer from St Petersburg fl

I purchase a vehicle and was approve , the day i was suppose to go back and finalize my purchase. The Salesman Dustin called me and told me the car i was approve for is not available, the car need tire and need service. He claim he want to show me a second car. I said OK! let see it, how much is the new car you selling cost, he don't know, but he wants to ran my credit again for a car he does not know the price is that making sense., and told me that the only option i have is that car he show me that he does not know how much he cost, Really. I gave this people all my personal info for nothing. THAT'S DUSTIN, YOU WERE APPROVE FOR THE CAR, GREAT NEWS BUT THE CAR IS NOT AVAILABLE HE NEEDS NEW TIRE AND SERVICE! I WAS LIKE WHAT? EVERYTHING COME OUT OF THIS MAN MOUTH IS xxxxxxxxx.

Hi there, we can assure you that we do not find this type of behaviour acceptable, and we would like to address the situation you have described. Please reach out to our General Manager, Bob Towler at (727) 328-5111 so we can work towards a resolution. Thanks again for bringing this to our attention. We hope to hear from you soon. All the best

Bought a new truck here back in 2017 and have had nothing but problems with the transmission skipping. Have had it in for service 15 times and this last time they told me “sorry we can’t figure it out so come pick the truck up”.... I asked how many miles they’ve been driving it and they said 16.... The truck has been there for 15 days so they’ve basically been test driving it 1 mile per day... STAY AWAY THERE ARE FAR BETTER DEALSHIPS!!!

Hi there, thank you for taking the time to let us know about your recent experience. We are disappointed to hear that you are not satisfied with your visit. We would like the opportunity to address your concerns. Please reach out to our Service Manager, Darell Marcum, at (727) 328-5186 when you have a chance. Thank you again, and we look forward to hearing from you.

A HUGE thank you to Matt Berry! From the moment we first spoke to when I drove off in my car, Matt made this the easiest, most enjoyable, car buying experience I've ever had!!!

Our staff is committed to providing each of our clients with the best automotive experience! Thanks again for taking the time to leave us this information about your recent visit. Take care!

I found the right vehicle at the right price. Mark Tearney was my salesperson. My car was ready quicker than I expected. Everything about this was a pleasant experience.

Hi, thanks for your praise and kind comments about Mark. We hope to be of service to you again in the future. Best wishes, Maher Chevrolet

I returned to Maher because of my excellent experience with Val nucci and requested him again. He is knowledgeable, friendly, easy to relate to, so efficient and no pressure discussions. He gives sound advice and shares information to make the best decision. He begins with where the customer is and what the customer wants. It's an enjoyable experience frankly. And I got the car that meets my needs. I have referred others to Maher because of this. Thank You!

Hi, thank you for your kind review; we are happy to pass along your comments to Val here at Maher Chevrolet! Our team strives to deliver an excellent experience, and are glad you found this to be the case during your visit. If you have further needs or questions, please reach out!

If I could give a negative rating, I would. I am disgusted at the way my boyfriend and I have been treated. We went into the dealership on July 4 because he was looking for a used truck. After test driving it, we went inside to talk to the sales guy, Gerald Cirasuolo. The price tag and details were not acceptable, and we started walking away. Jerry ran after us and started promising all kinds of things that he did not deliver. The truck was supposed to have been detailed, which it wasn't (took a week to get it back; understand Corona and everything, but still...). We were promised a black bowtie for the front of the truck, which, over a month later, we have not received. However, and most importantly, we were promised a 90-day warranty, no questions asked, "because they stand behind their vehicles," and knew that there would be no issues. Fast-forward to last week. My boyfriend, Sean, took it into the sales department to be repaired (after all, wouldn't you agree that a non-working fuel gauge is a safety hazard?). The clunking in the front end I guess may be acceptable as in "the truck is old, what do you expect," but the brakes, which supposedly were brand new, are not working the way they should. Maybe they are not really new, after all. Maybe they were just not calibrated correctly. In any event, Sean was asked to come pick up the truck and that there was nothing that the service department could do, as the warranty was only a powertrain warranty. What a lie! Jerry NEVER said the word powertrain. The vehicle was supposed to be warrantied for 90 days, no questions asked. THEN, Jerry calls Sean this afternoon, and proceeds to tell him that his $5000 check bounced and he needs to go into the dealership to straighten out this matter. Sean reminds Jerry that he paid CASH for the truck, so there is no way he's bounced a $5K check. "Oh, I must have called the wrong guy." D'you THINK? So he proceeds to ask how the truck is running...Sean starts letting him know what issues we're having with the truck (you don't usually mess with the fuel during a test drive, correct, to see if the gauge works properly?). Jerry gives him the runaround, and when Sean tells him that we are getting ready to leave a not-so-great review, HE HANGS UP ON HIM. What kind of "professional" does this to a customer??? This was unacceptable, rude, disrespectful, and all kinds of wrong. UNbelievable. No wonder people hate car salesmen. Run away and don't look back! DO NOT deal with Jerry Cirasoulo. He is not a man of his word.

My name is James Hendon, Used Car Manager. So sorry for this experience that you had. Please give me a call directly at 727-328-5174 so that I can resolve them. Obviously we failed in our goal of creating a happy customer, but if you will give me a call, I will be happy to address these issues with you.