See all 103 vehicles from this dealership.

This seller has been on Cars.com since March 2012.
At Crown Auto World Bristow in Bristow OK we're excited to put you in the driver's seat. Allow us to demonstrate our commitment to exceptional customer service! Browse our new and pre-owned
inventories and don't forget to view our latest specials and promotions. If you can't find your dream vehicle simply let us know and we'll begin the search for you! Crown Auto World Bristow always maintains competitive new and pre-owned inventories of Chrysler Dodge and Jeep vehicles. Staffed with experience sales representatives and top trained technicians we're here to provide a fun easy and valuable automotive shopping experience for you!
Family and Locally Owned. Low overhead makes it easy for us to beat the "Big City" dealers! 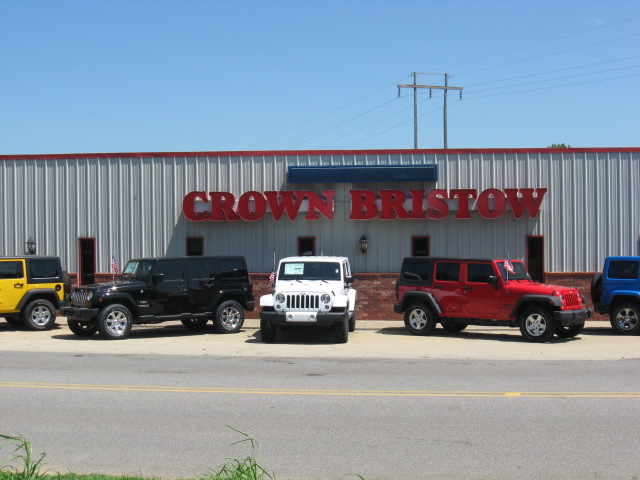 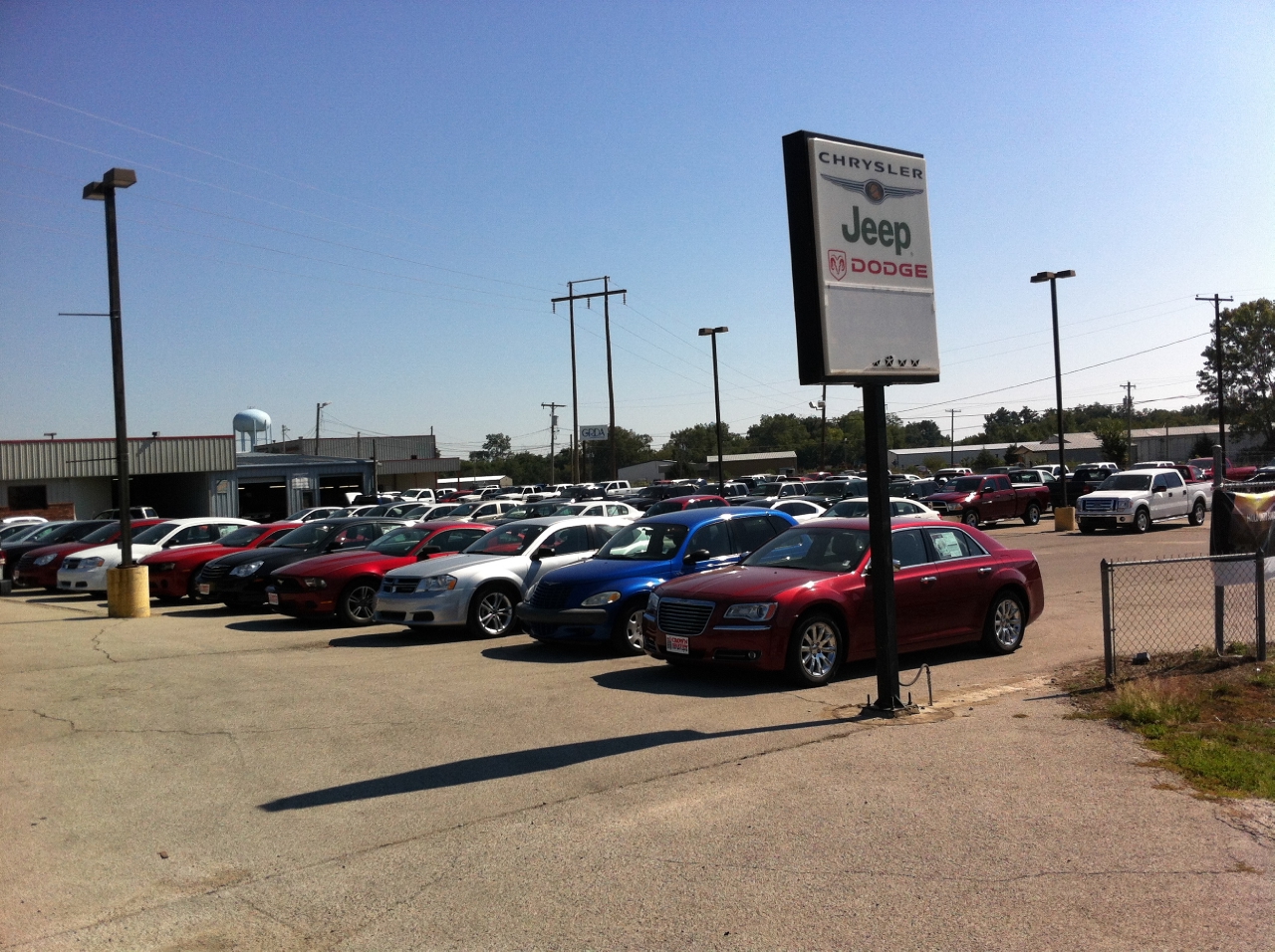 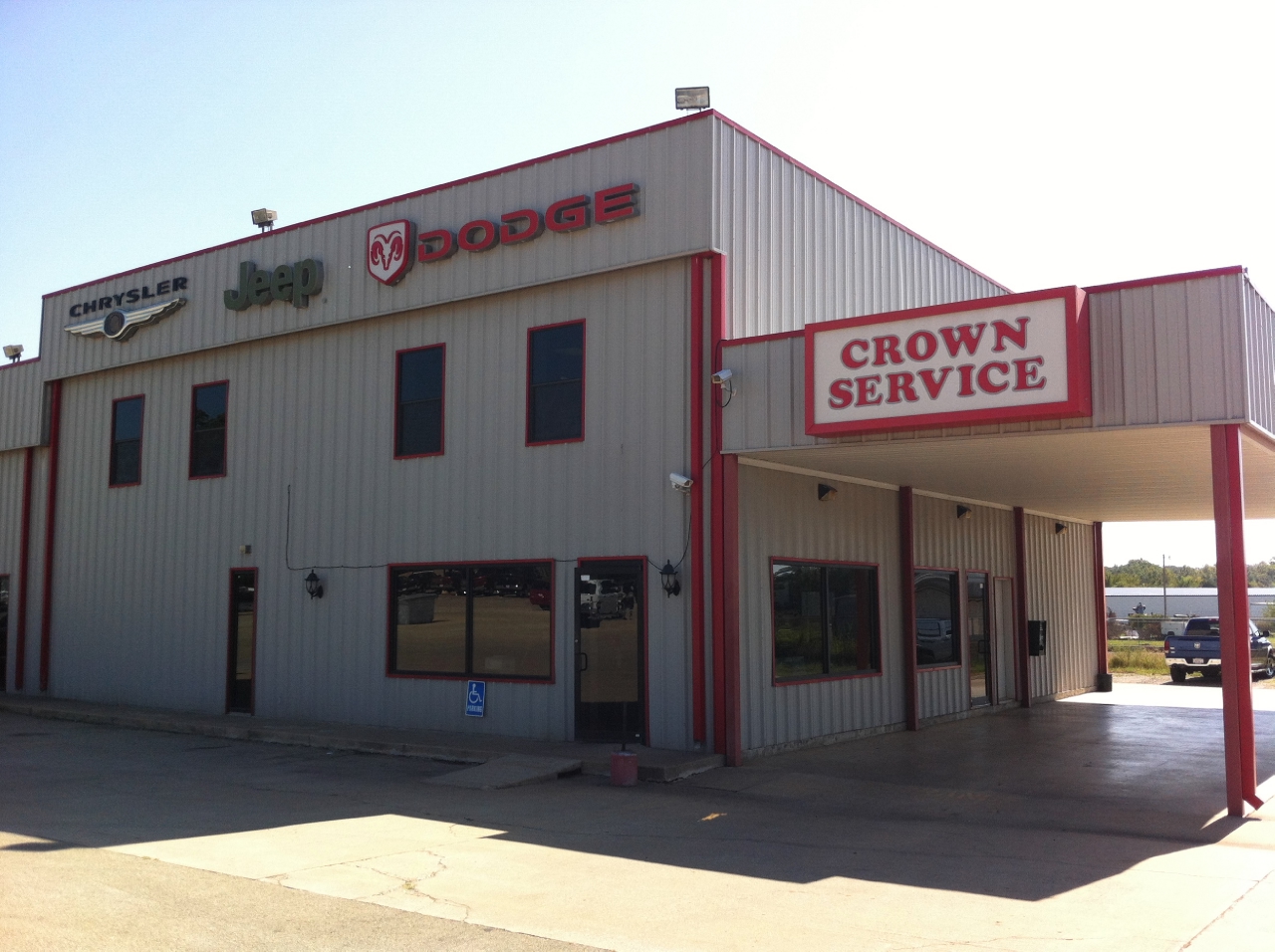 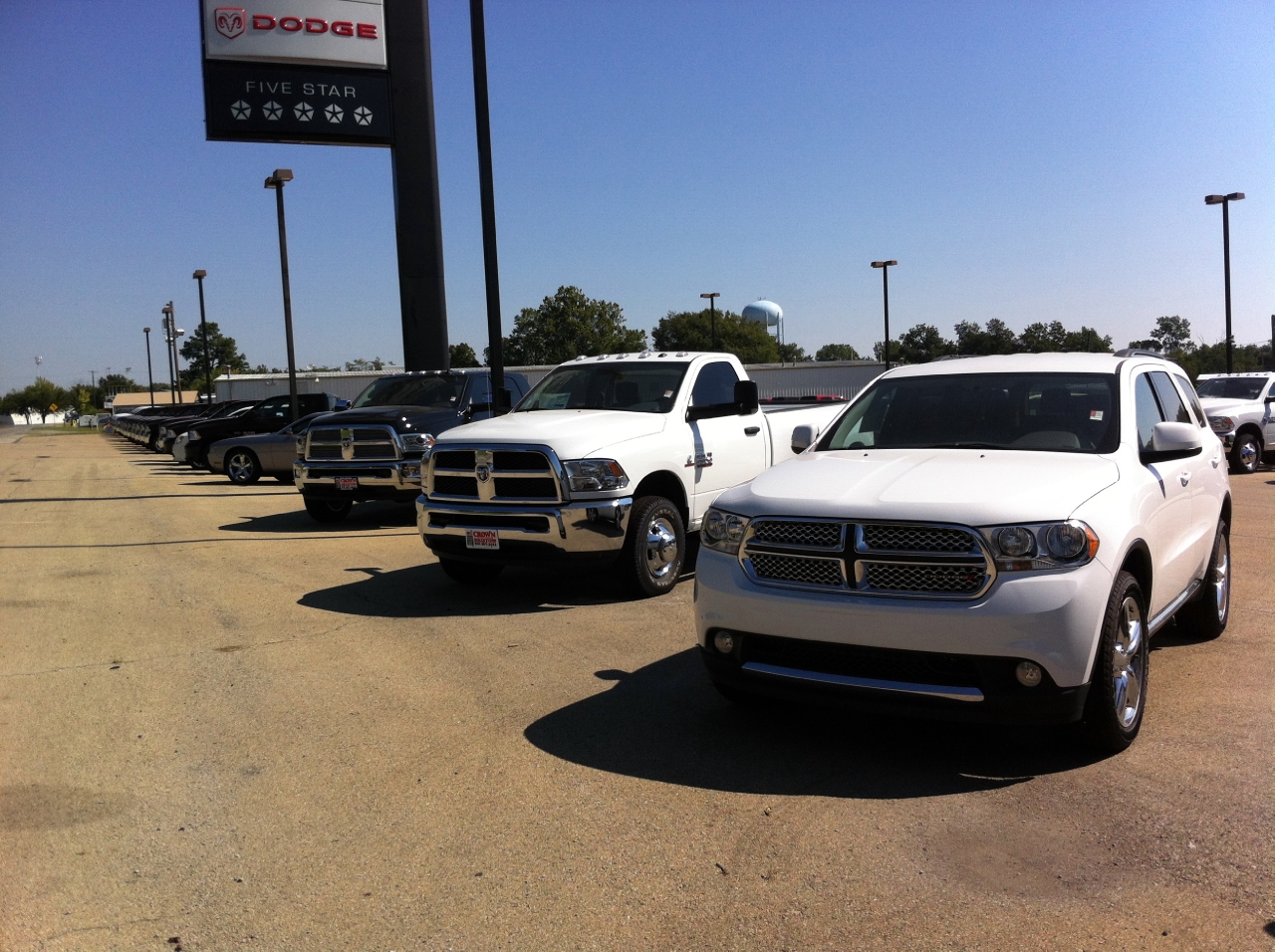 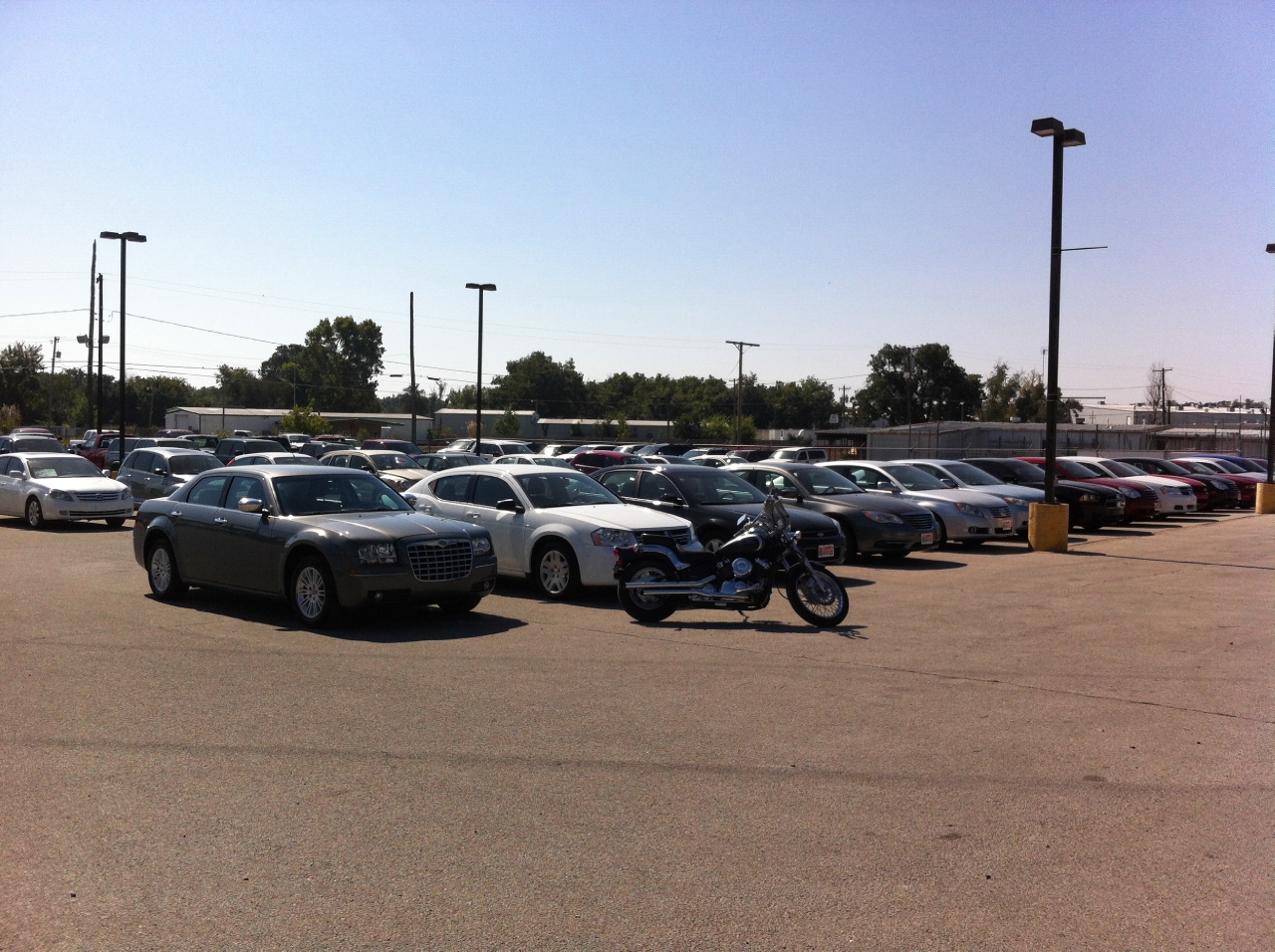 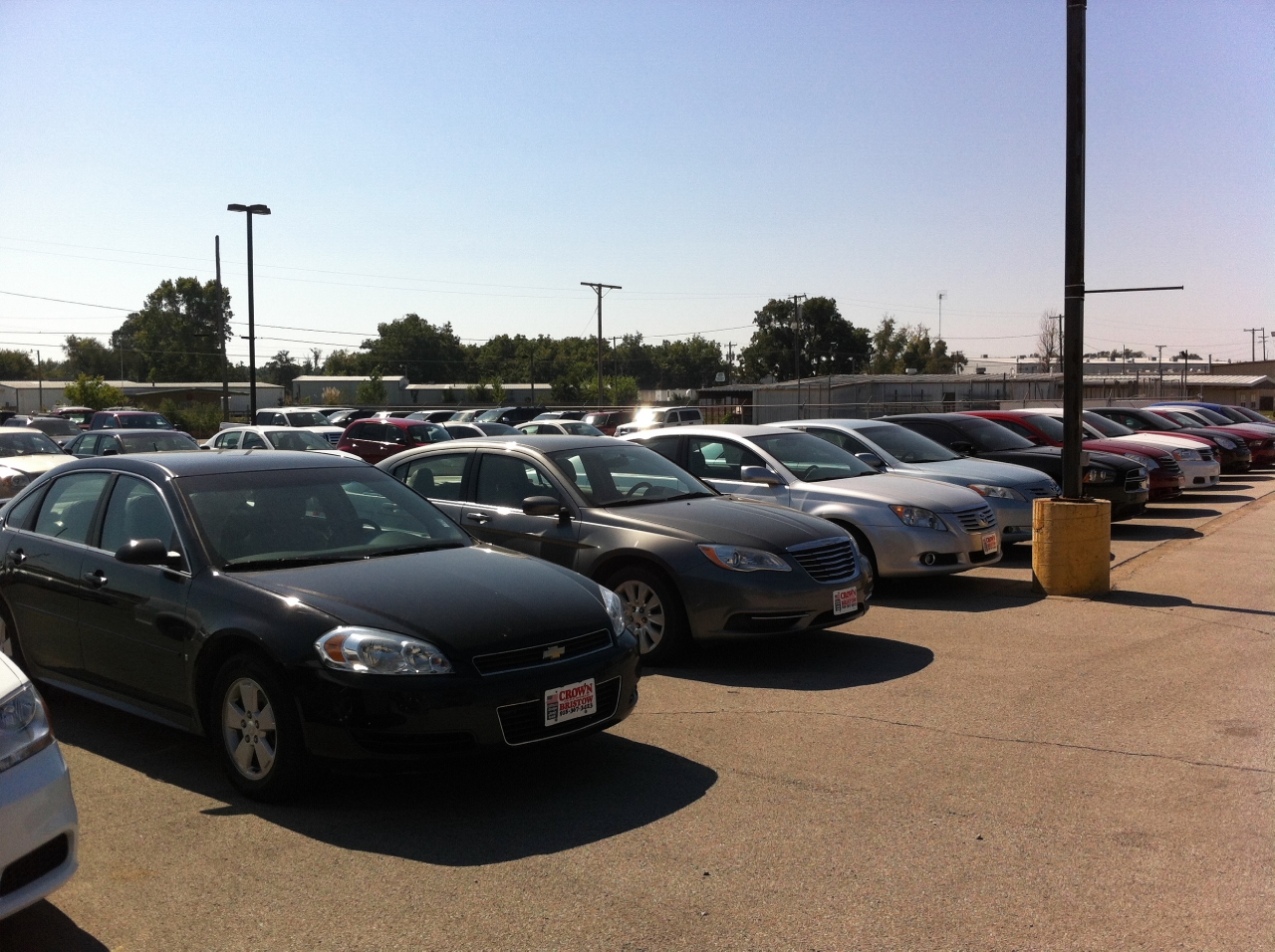 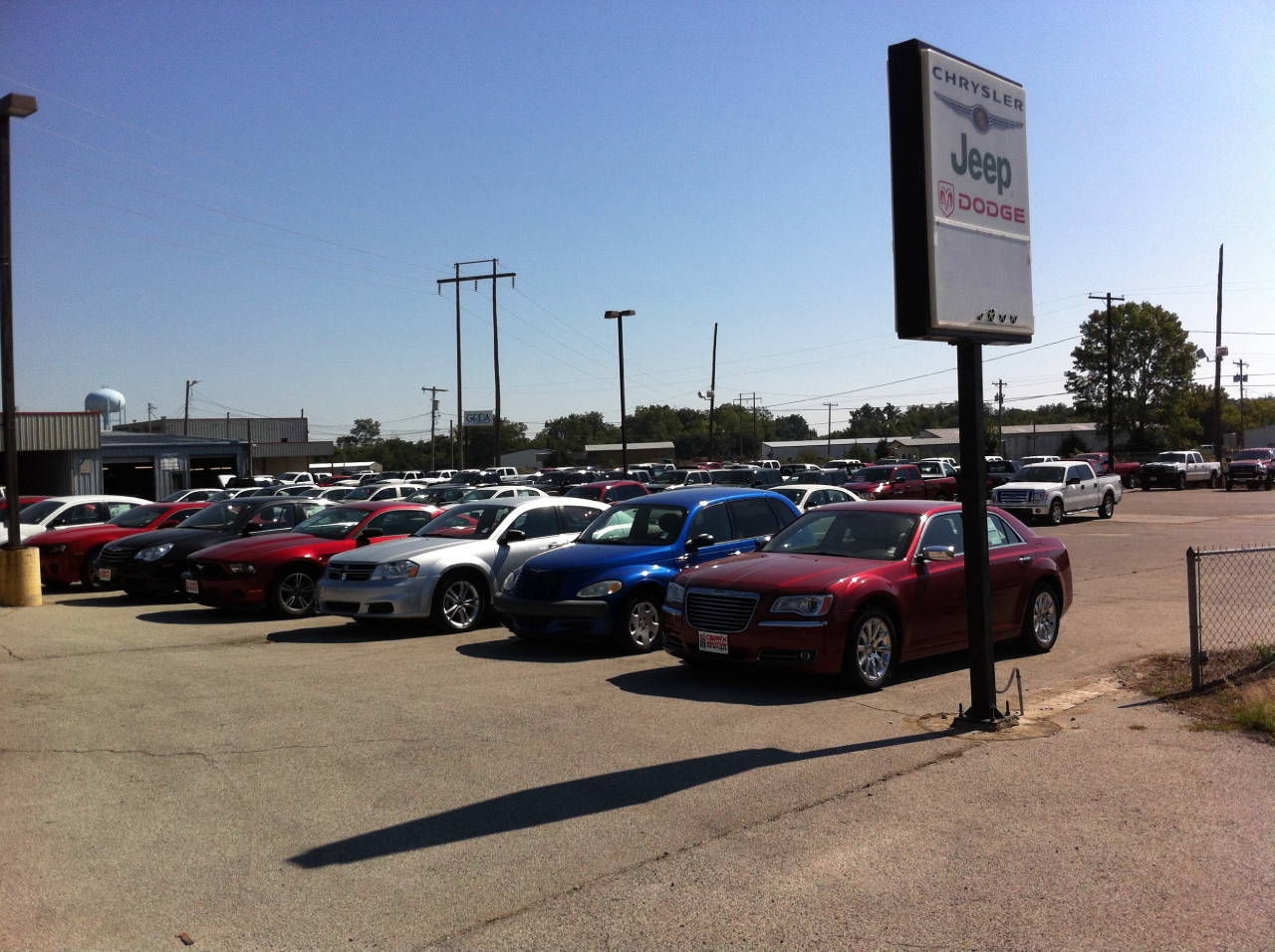 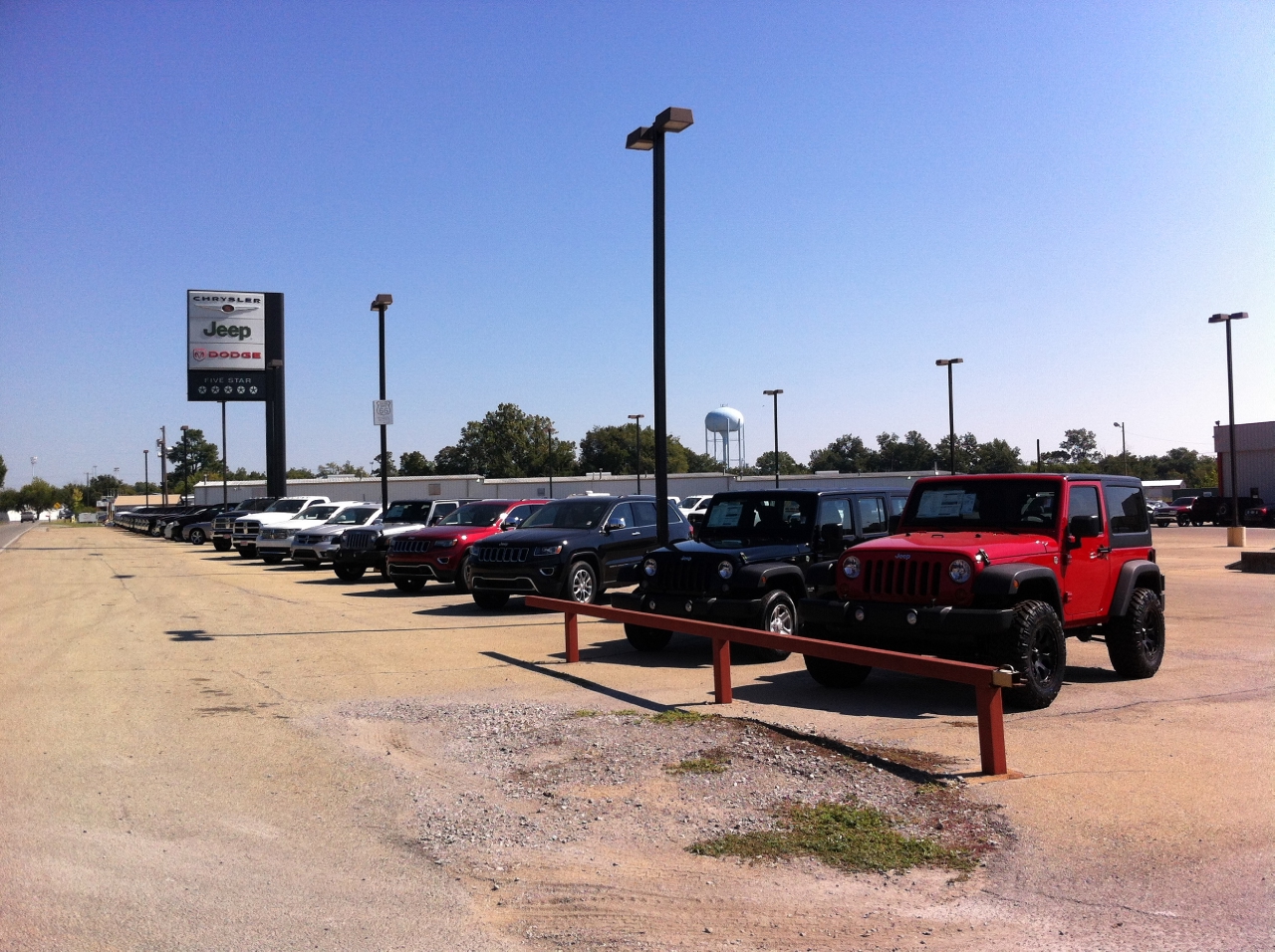 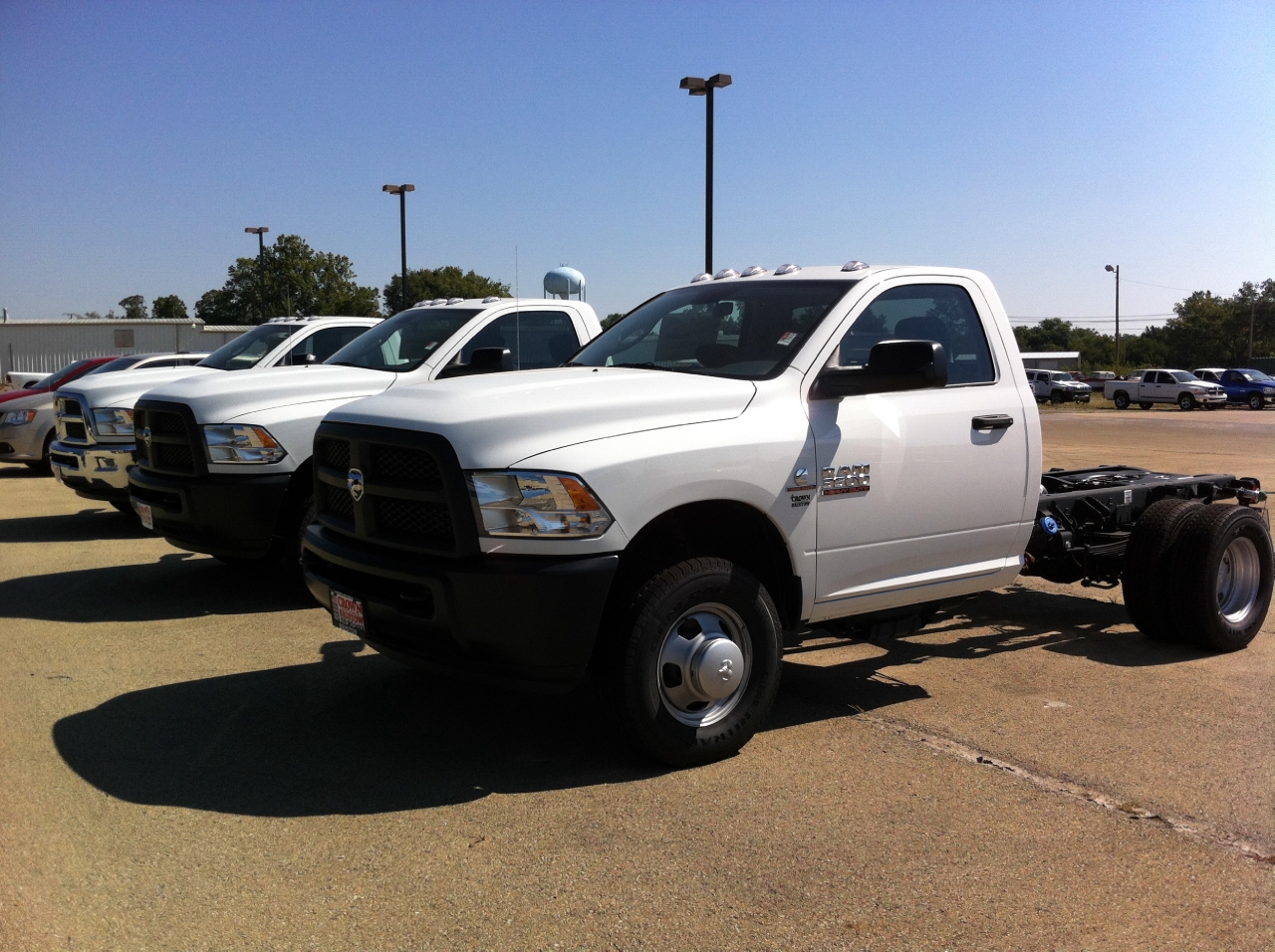 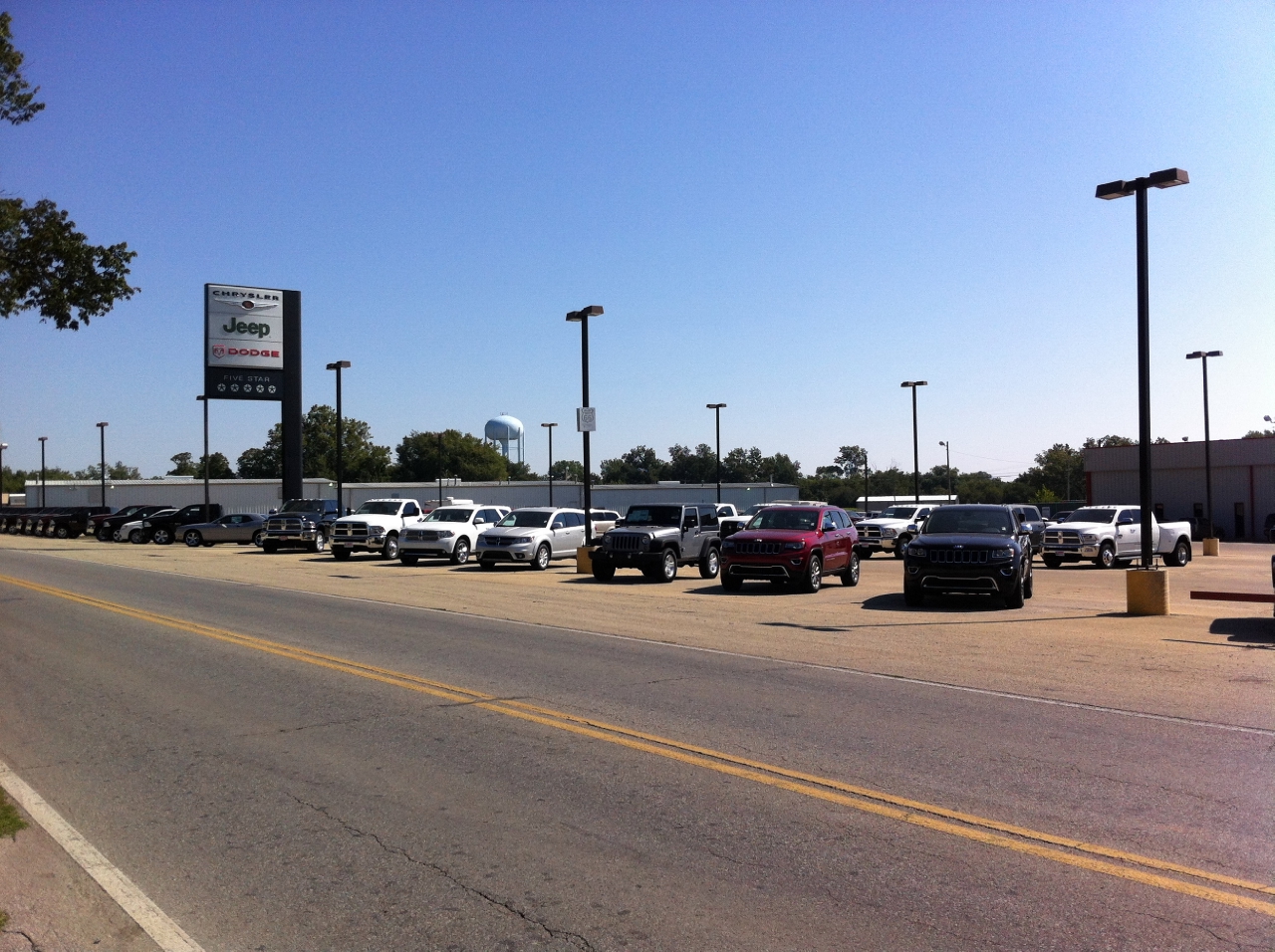 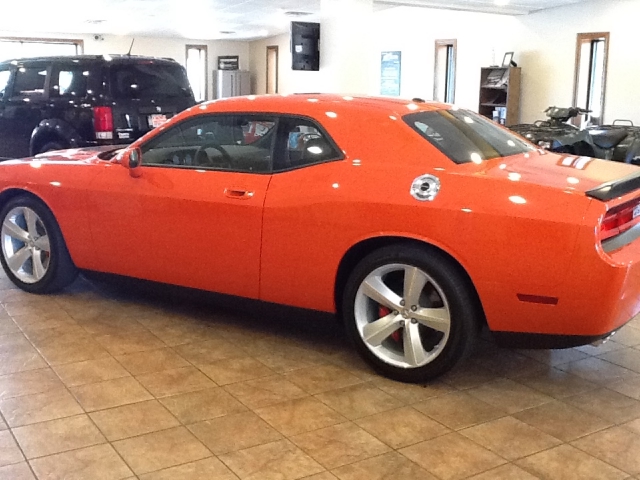 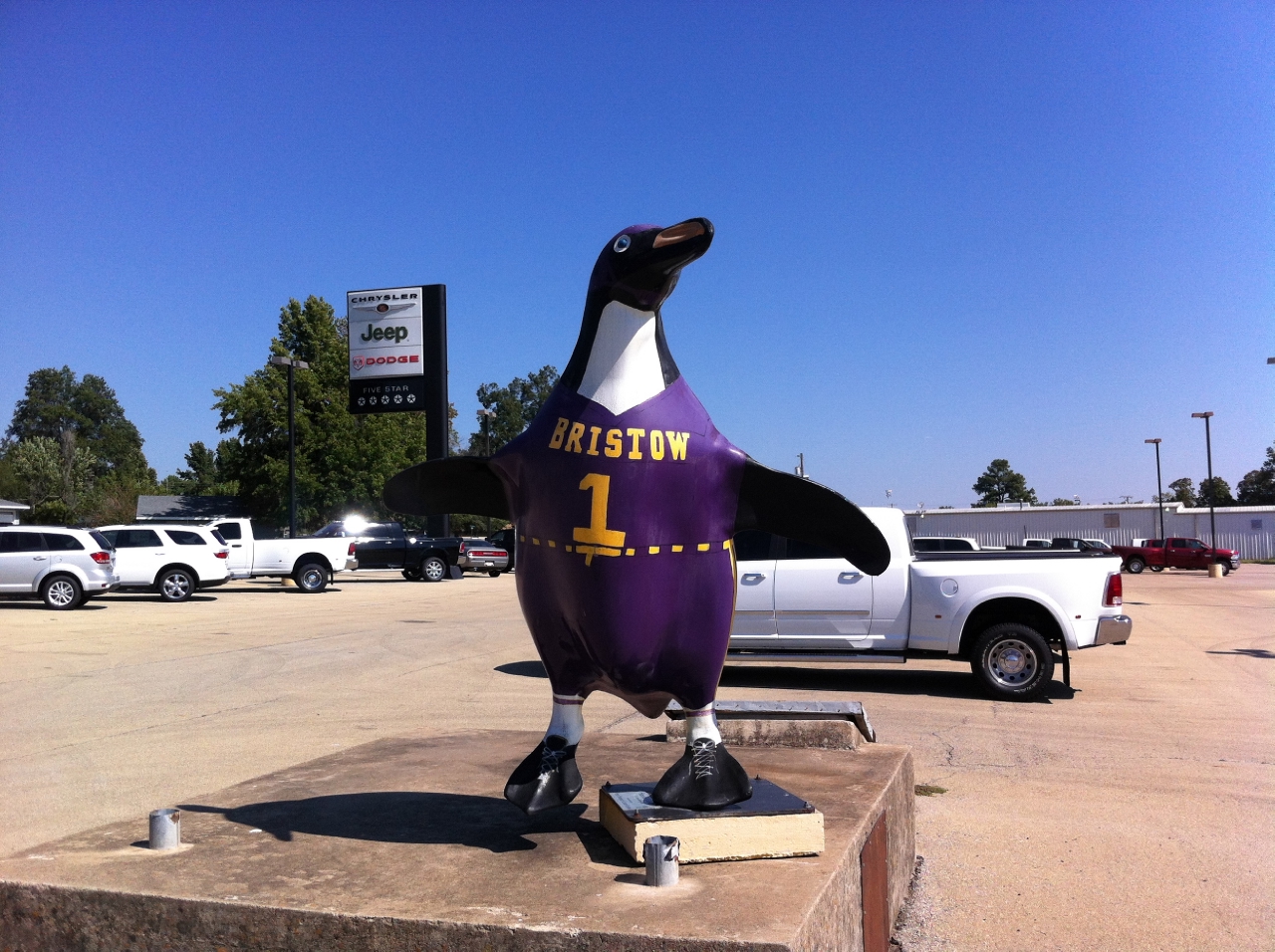 Not an honest business

Unable to be honest, they stole my trade and it is now worth $7,900 more on the Crown lot than when I traded it to them

This business just lost $14000, why because we called about a truck we saw on website and asked if it was still available, the salesmen told us he needed to check the lot and will call us back. Guess what, no one call us back. I guess they don't want money, you will thinking with all the pandemic situation they will be happy to get paying customer. At the end we spend 14000 dollars with someone else.

I apologize for your experience. I would like to know more. Would you please call me about this matter? Matthew Mitchell 918-271-4646

Death wobble. Tony in service helped me out

I bought a 2008 2500 diesel 8 years ago. It had a aftermarket lift. When I had problems with it , death wobble. Tony figured it out and fixed it.

I recently purchased a used vehicle from Crown over the phone during Covid lockdown. Crown's salesman assured that their shop checked it over and it was in great shape mechanically. Ready for a family trip to Yellowstone for a week. After a week, my son was driving the vehicle and the brakes went out on him. We were lucky no one was hurt. We took the shop to a local dealership in town, and they found over 15 splices in the brake lines, and the emergency brake was inoperable. I asked Doug, the general manager at Crown to resolve the problem, and after 1 month of waiting on an answer, (car in the shop unable to drive and phone calls from me once a week) I gave up on Crown and had the dealership here fix it. Doug has since said that they will not pay for any repair and will take no responsibility for selling a dangerous vehicle to a family. They will say anything to get you to buy a car! Not trustworthy!!

Bought a family vehicle and found out the brake line had been spliced 17 times; they did NOTHING to rectify the repair; SOLD UNSAFE VEHICLE

Sketchy, will NOT honor their word, STAY AWAY

I was eyeing a truck that had been on their lot for a few months (a 1984 Ford F-150). Crown Auto World Bristow was selling this truck on consignment for a local lawyer who apparently buys a lot of cars from them. Me being out of state, if I were to purchase the truck, I wanted to make sure the truck was fully functional with no leaks or issues. I originally called and spoke with Larry, who said he'd call the lawyer to see if he would come off the price. Larry never called me back. The following week I called and spoke with Tony, the GM, who was diligent in following up with any questions I had. Tony FaceTimed me, showed me the truck, and mentioned that there were no leaks, that it had been recently serviced and detailed, and that it's a great truck. After Larry test drove it, he called back to tell me there was a pretty nasty vibration when decelerating. Tony called me back and said there was no vibration. I paid $7,500 for the truck (plus a $200 processing fee that I wasn't aware of until the money was about to be exchanged). They shipped the car to me out of state, and the VERY NEXT DAY I had MAJOR issues with it, starting with a massive fuel leak from the carburetor. Gas was literally pouring out of the bottom of it. I also noticed the sway bar links needed replacing, a transmission pan leak, an oil leak, a faulty wheel bearing, no functioning reverse tail lights, a faulty wiper motor, and an awful vibration. It turns out the engine wasn't even bolted to the transmission! Needless to say, I was extremely upset. Some 'servicing' huh? There was also a bird's nest in the air filter and a hornet's nest on the passenger side visor. The interior floor carpet was filthy with coffee stains all over it, and there was dog hair all in it as well. Tony later said that by "serviced," he only meant changing the oil and checking the tire pressure. What a joke. The manila folder they provided with all the truck information had the words "6K Min" on it, meaning they would have accepted $6,000 for the truck. When confronted about this, the GM, Tony, said that they 'reuse' folders all the time despite the fact that the label on the folder said "1984 F-150 351," my exact truck. After getting estimates on all the fixes required, it came out to around $1,600, including a new carburetor. For two weeks, Tony was saying that he couldn't help with those repairs despite buying the truck from his dealership, and he said I'd have to work this out with the lawyer. I tried calling the lawyer multiple times to see about working something out. He never called me back. Additionally I was trying to go through Tony to get the lawyer to agree to paying for the repairs. Tony would sometimes answer my calls, other times he wouldn't. He kept saying that he was trying to talk to the lawyer and that the lawyer might be able to help out. Eventually, after many follow up tries, Tony said the lawyer wasn't going to give a dime. Tony then said he'd send me back the $200 dock fee, but that he couldn't "pay me" to buy a car from him. I also tried for two weeks to call and speak with the owner, John, who ever returned my calls. So I got screwed into buying a truck they said was serviced and had no leaks or issues. It wasn't serviced at all nor detailed like they said. He also said he filled up both gas tanks, but that wasn't true either. I paid $1,500 more than what they would have accepted, and now I'm in the hole $1,600 more just to get the truck running efficiently and safely. The lawyer still hasn't returned my calls, and Tony has basically said they've done all they can do. Tony was initially a nice guy, but he only followed up with me when it came to money, and at the end of the day, this dealership will NOT honor their word and will sell you a lemon without regret.

Friendly staff. Josh was excellent in ensuring that I was happy with my purchase and went the extra mile to make it so. Definitely will look to them when it comes time to trade up.

Larry and Tyler at Crown Auto World Bristow were great! They listened to what we wanted, understood the need for expediency and got us into a ride that fit our budget. This is the second vehicle we've purchased from Crown...we will be back.

Thank You to the Crown Sales and Service my experience was outstanding. After buying my truck they made sure my tires was rotated and safe. they also changed my oil in a timely manner. As well as a great detail on my truck, smells like a new truck. I will not go anywhere else for my automotive needs. Thank You Again!!! Can't wait to purchase my next car/truck with Crown Auto World.

NO Service in 8 weeks

Crown has had this Jeep Grand Cherokee for 8 weeks for repair under a lifetime warranty. To date it has not been touched. From what we’ve been told warranty work is not as profitable for the dealer. Previous work has been slow, but we’ve never been completely ignored before. Very poor reflection on this dealer and Jeep products.

Rating breakdown (out of 5):
1 person out of 1 found this review helpful. Did you?
Show full review
See all 27 reviews