See all 103 vehicles from this dealership.

This seller has been on Cars.com since September 2010.
Our number one goal at Gates Hyundai is to do everything in any way everyday to ensure customer satisfaction. That starts with our very friendly and talented sales staff and management. Each has several years of experience and are eager to assist you in all your automotive needs.
Our service and parts departments are also staffed with very knowledgeable and experienced professionals who are eager to assist you. We carry a full line of Hyundai manufactured parts and all vehicles are serviced by certified ASE technicians to ensure your full satisfaction.
We Sell for Less Because We Can 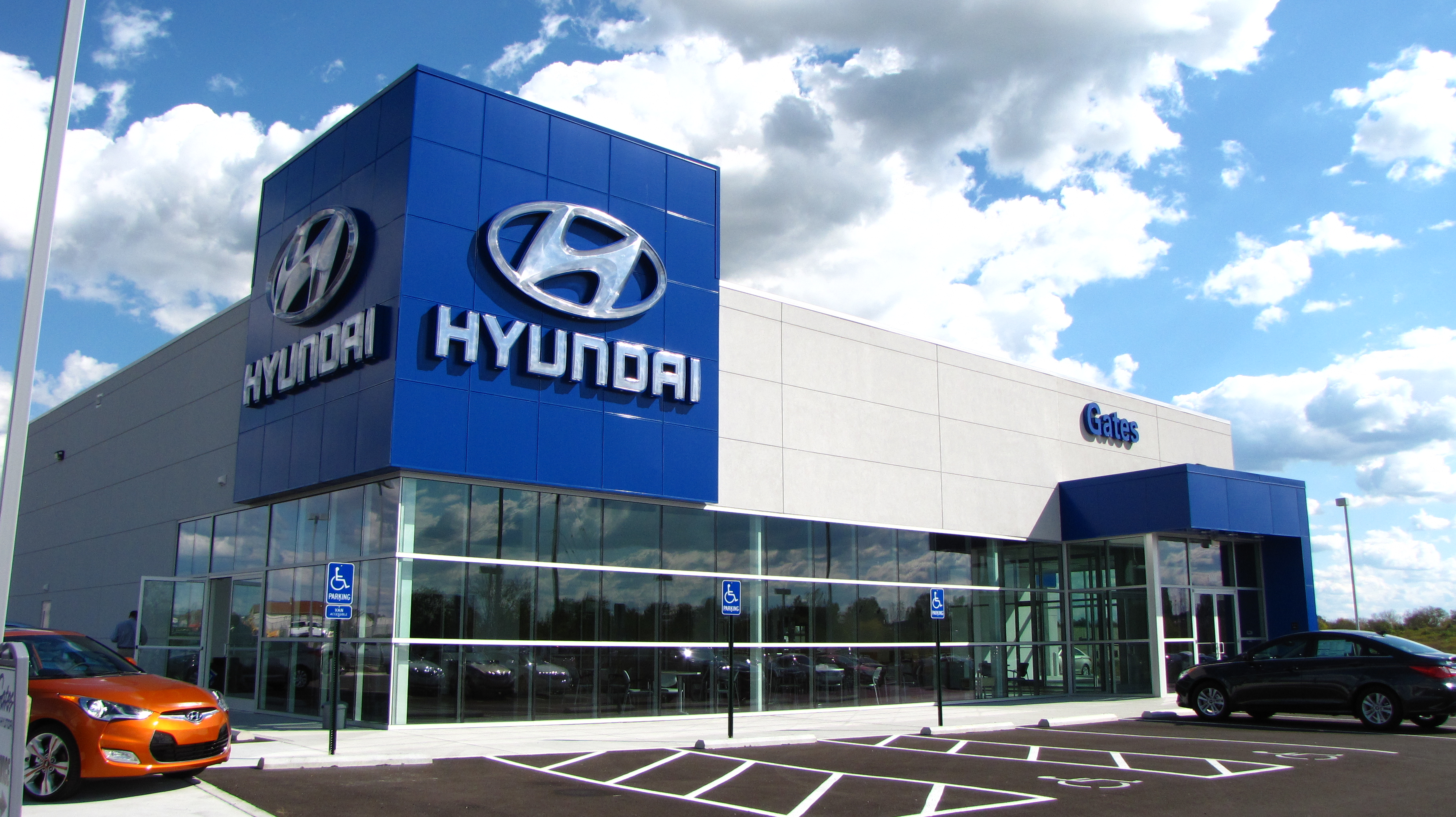 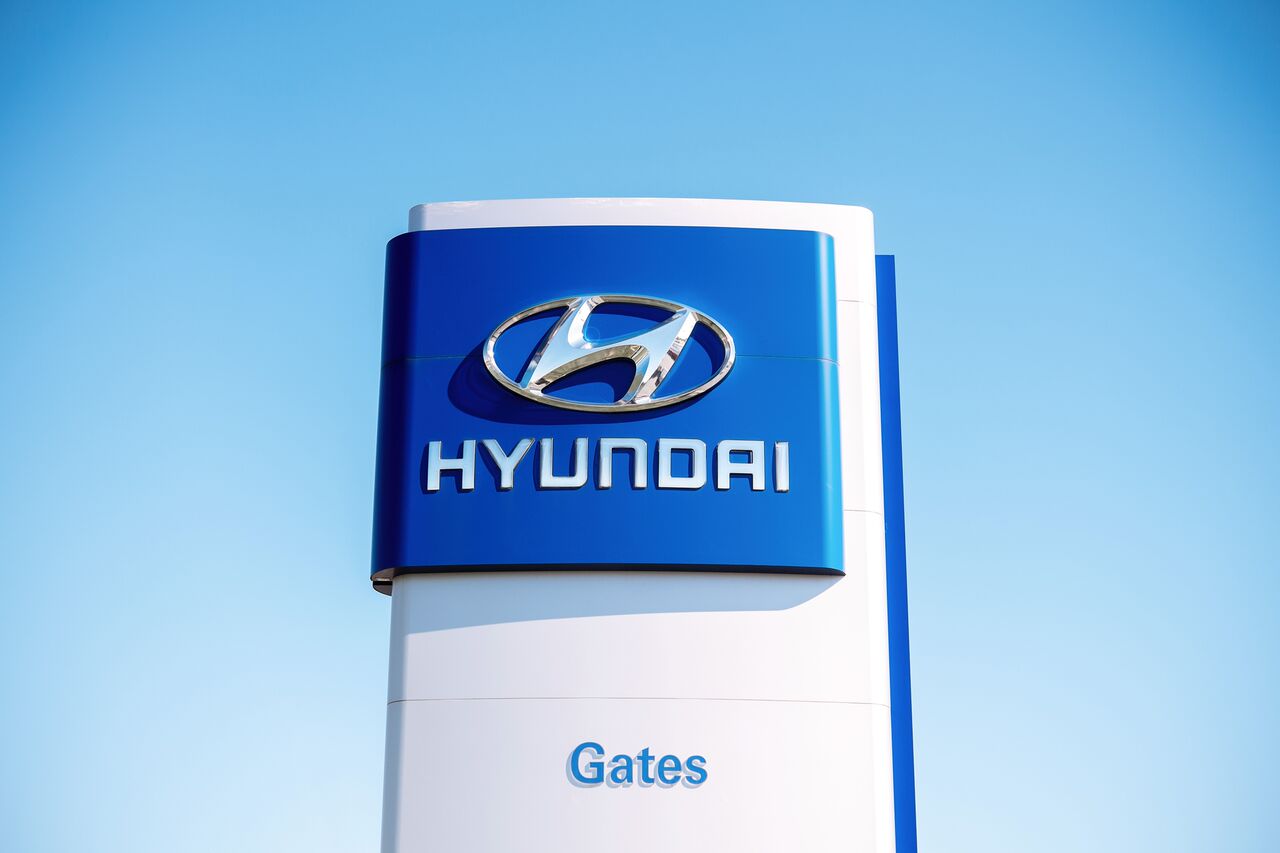 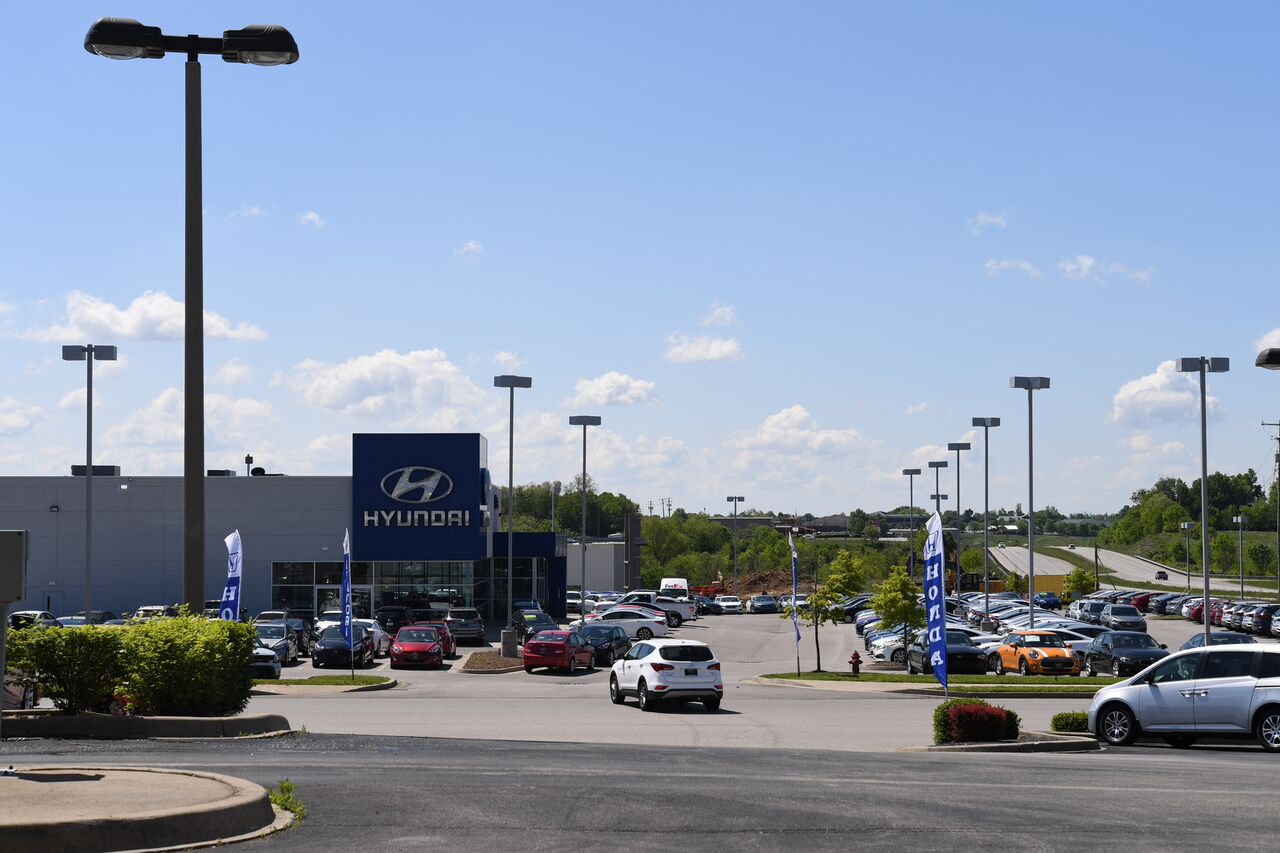 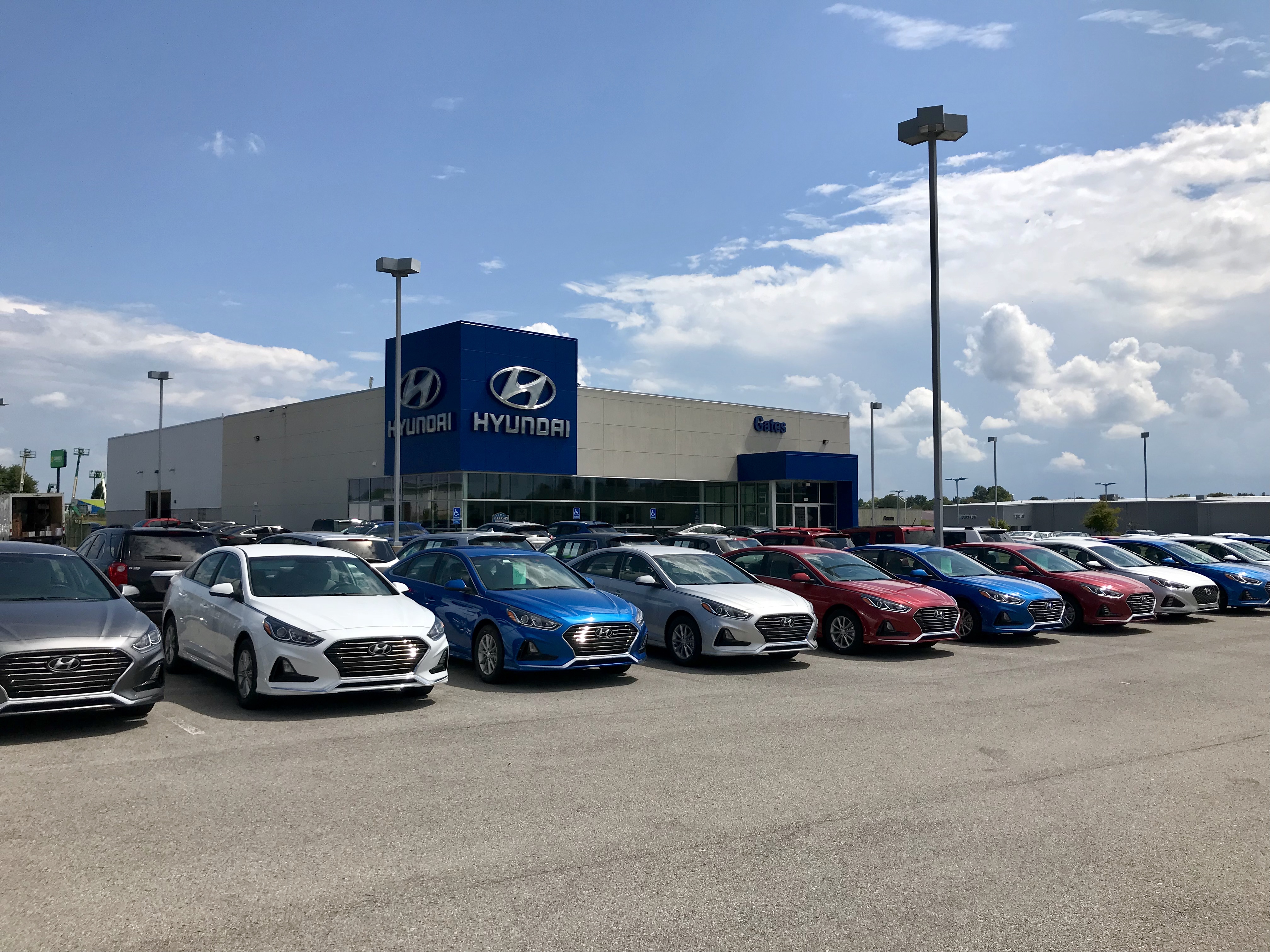 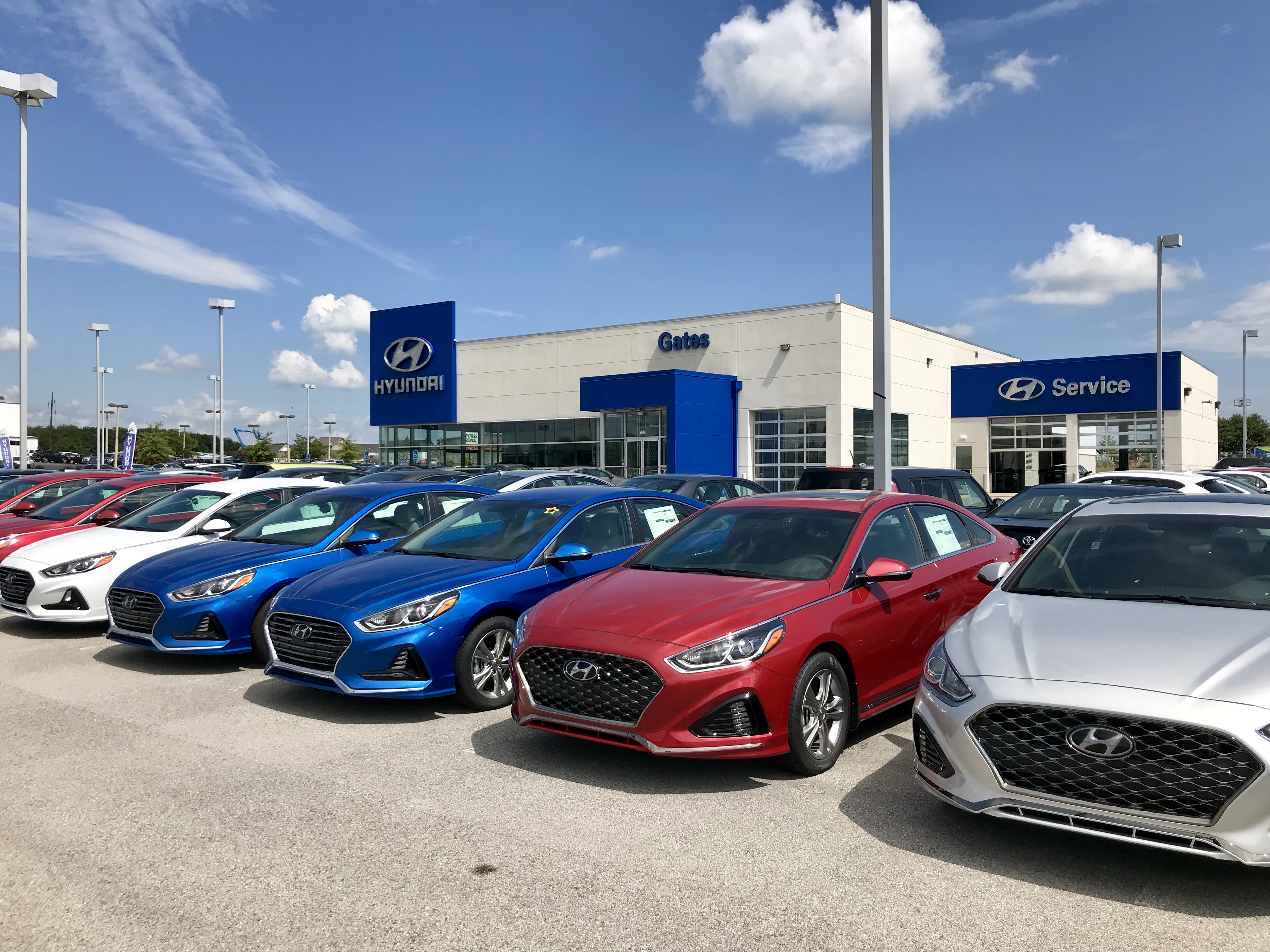 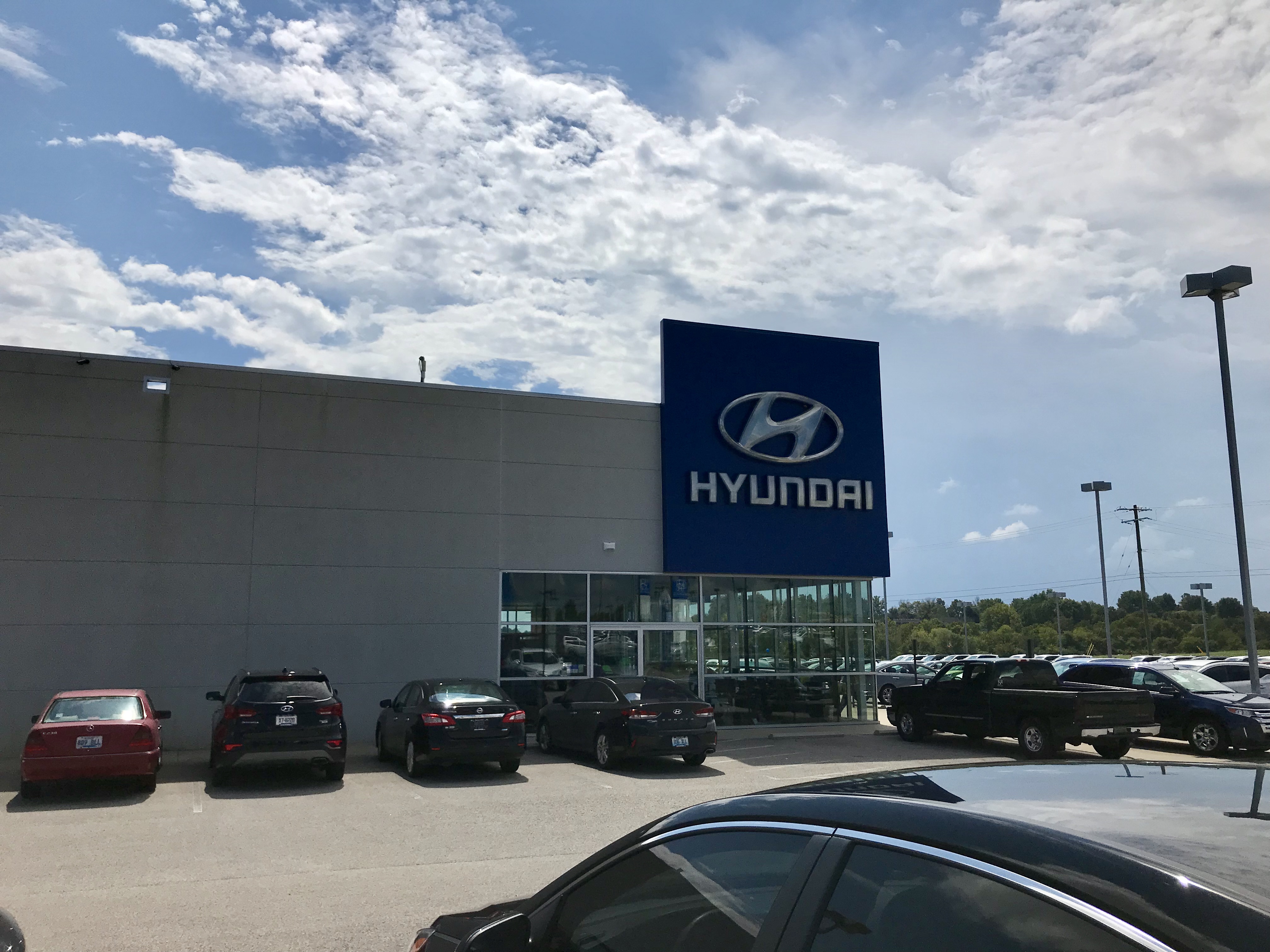 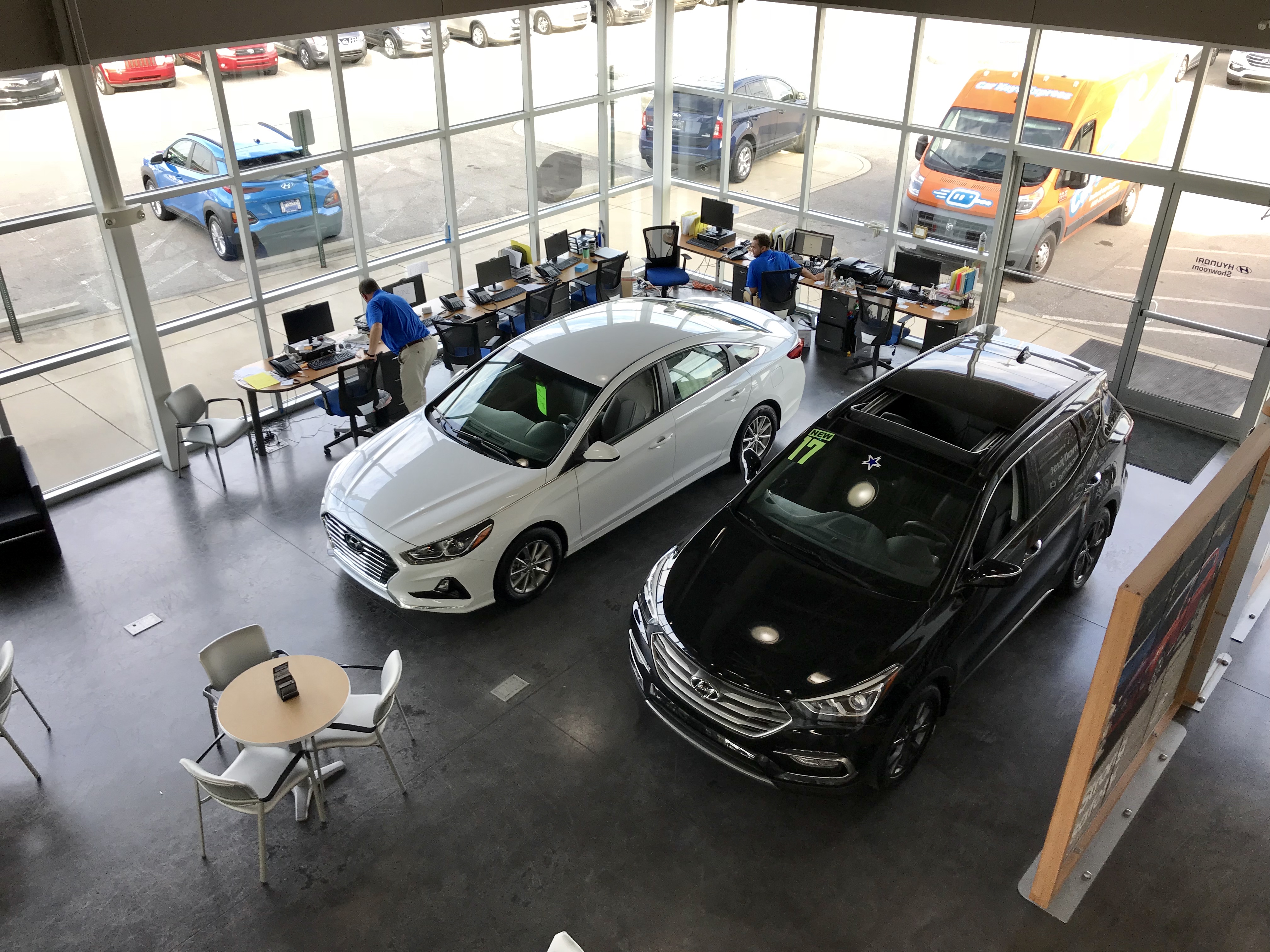 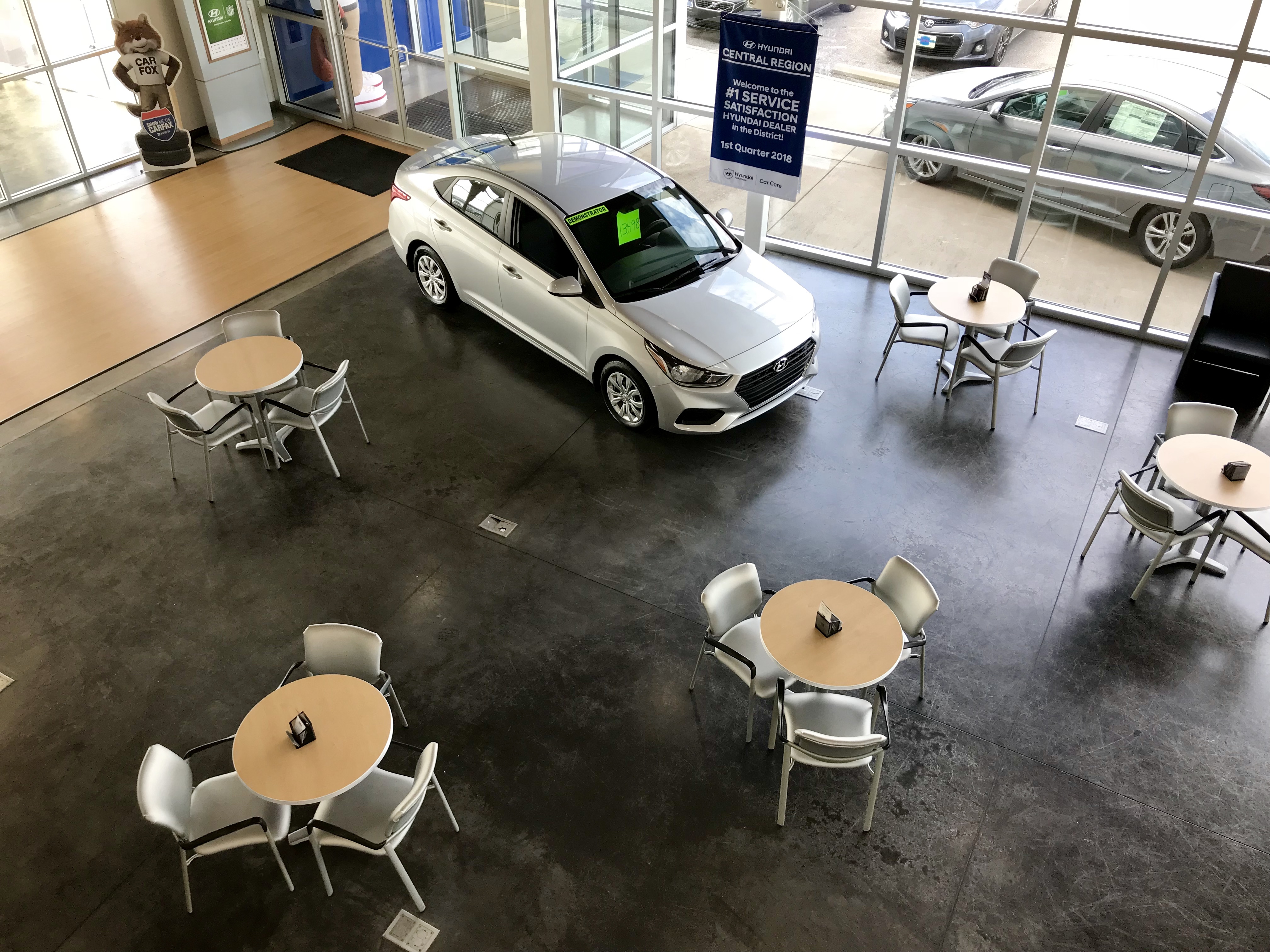 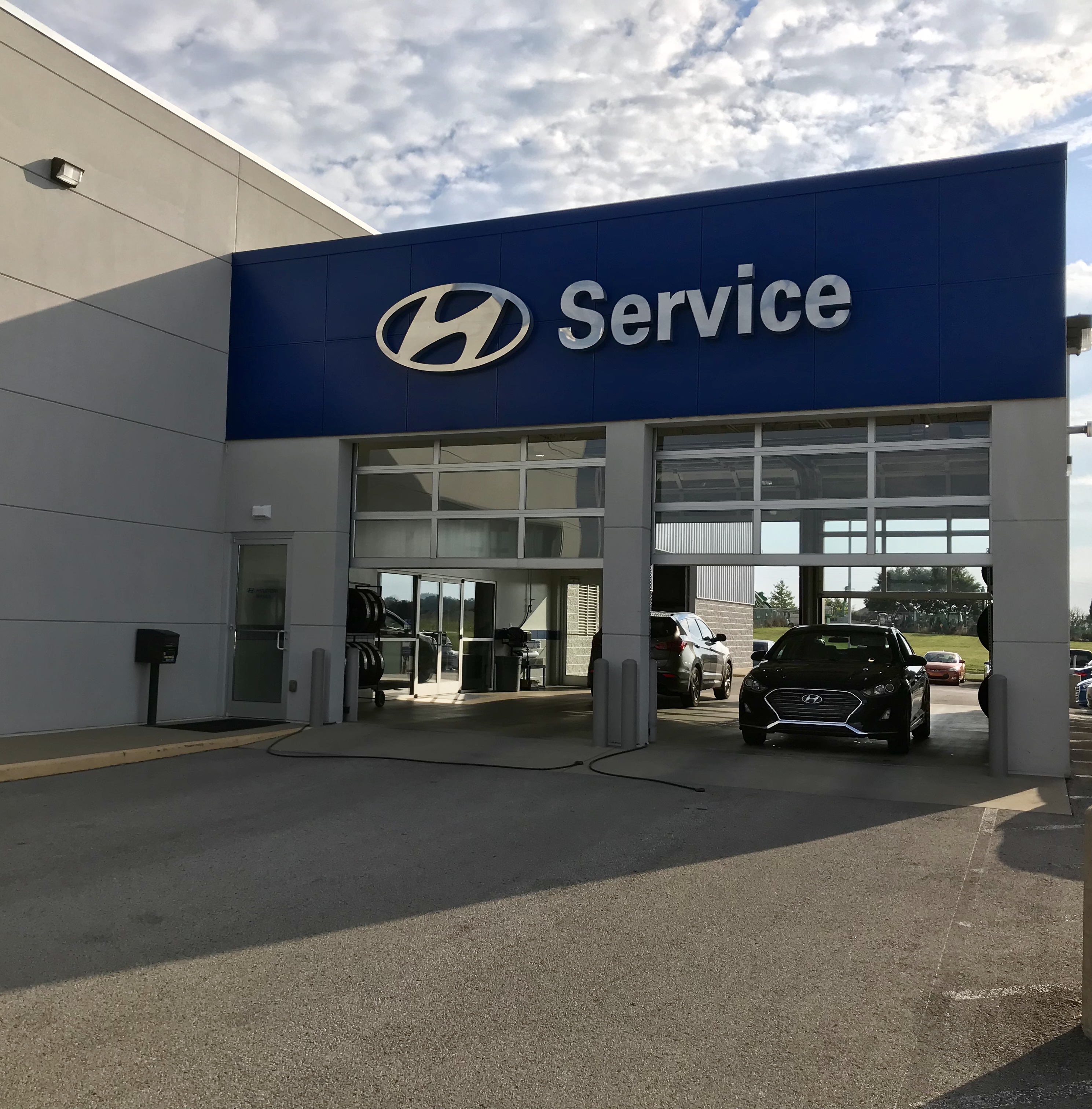 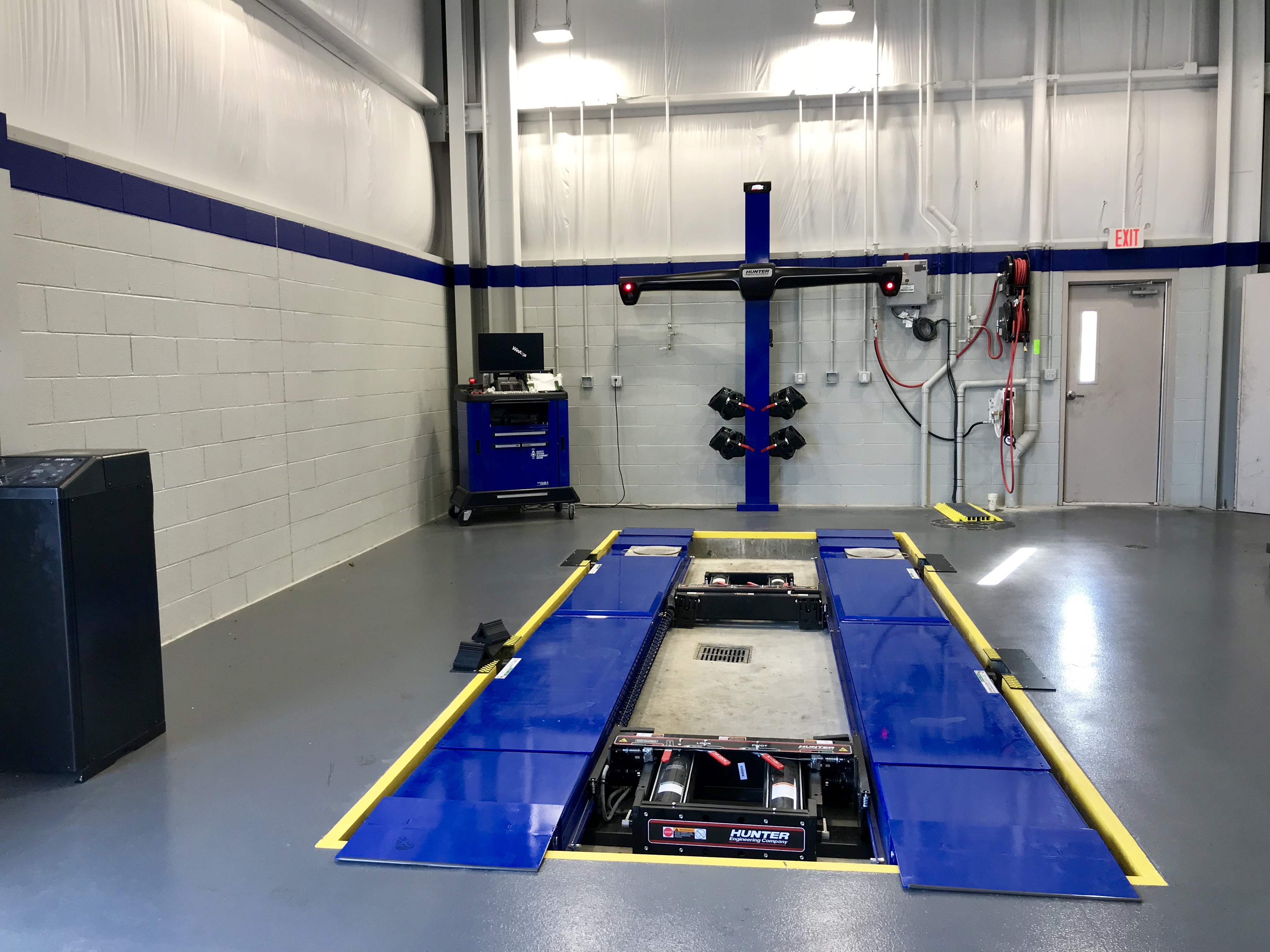 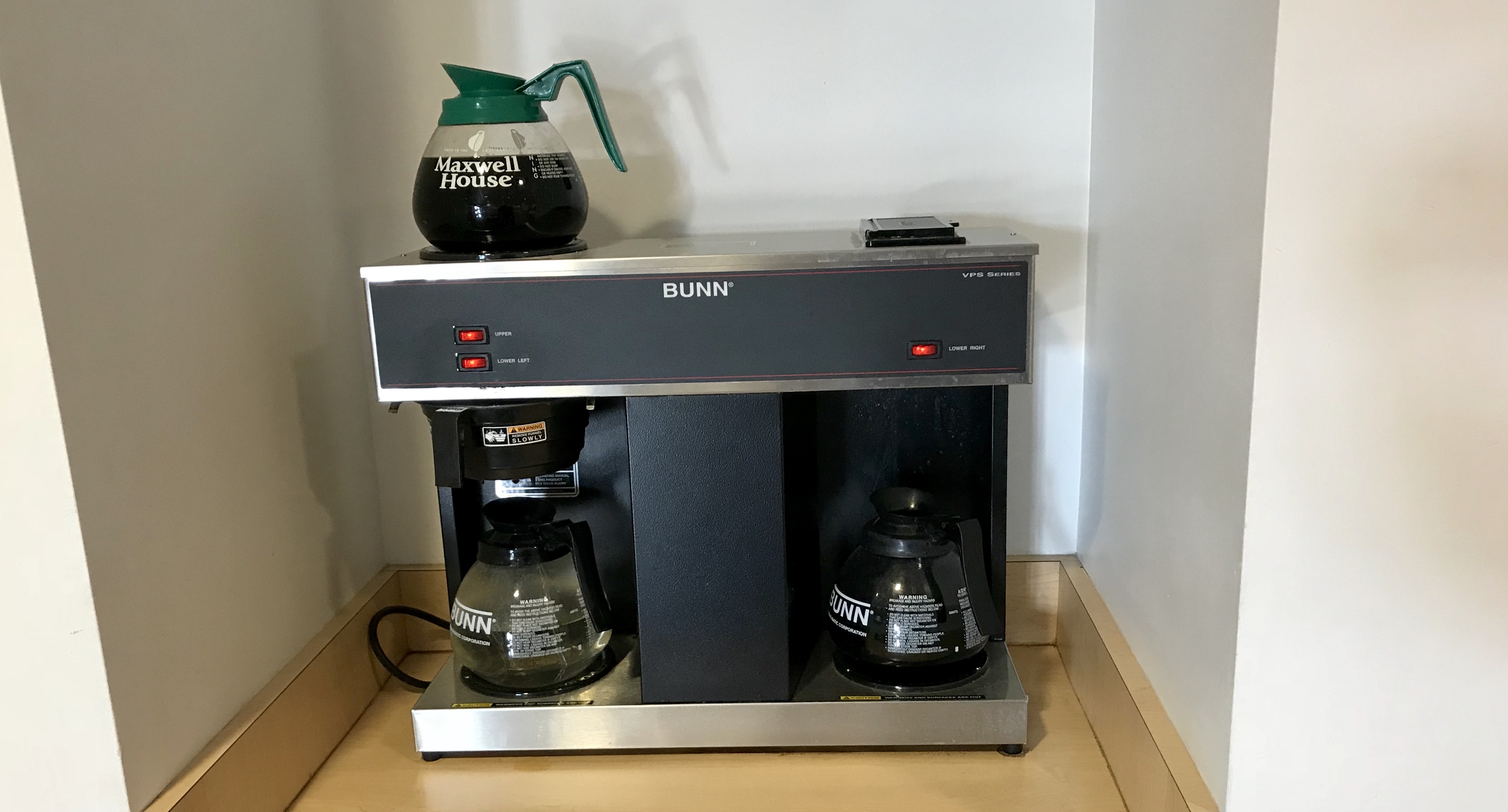 A dealership’s rating is calculated by averaging its lifetime reviews. Includes reviews of Gates Hyundai from DealerRater.

I have contacted Gates Hyundai service department multiple times via phone, and via chat on their website, for service on my vehicle. I am now going on 3 weeks of "waiting for someone to call me back". Each time I call someone gets my name, and number and states someone will reach out. Nothing after 3 weeks, 4 phone calls, and 4 or 5 chats. I just need someone to call to schedule an appointment for service on a vehicle under warrant, and no one will contact me. Very disappointing as the service received when I purchased the car was fantastic. It seems like the sale is the only part they are concerned with. I recommended over 5 people who also purchased cars based on my purchase experience, I wish I had not now as I feel bad that I put my name on a company with such poor customer service. I will likely not ever recommend Hyundai (at least Gates Hyundai) again, and further more will be sure to share this experience with anyone considering getting a new vehicle. Once again, I am just waiting on a call back to schedule an appointment, no work to comment on as I cannot get a call back.

Rating breakdown (out of 5):
Worked with:
0 people out of 0 found this review helpful. Did you?
Show full review
1.6

The people are great when it comes to buying your car. But when it comes to helping fix it it is a nightmare. I got a new engine 3 months ago. They had it for 9 weeks. After 3 months of having it now it is having another issue and no one seems to know how to help other than fixing it. The parts are no where to be found and they have NO loaner cars, which I was told at first one wouldn't be given to me because ky warranty didn't cover it even though had they done it right in the 9 weeks they had it, I wouldn't be in the position I am right now with NO car. After struggling for 7 weeks last time, they finally gave me a loaner the last 2 or 3 weeks of it all. Now we are at yet another situation where they can't help. This is completely aggravating and disappointing from Gates. I have been with them 7 years and this has been the worst yet. No big issues have happened in the past. My car is a 2014 with 41,000 miles and it shouldn't be where it is now. It has been well maintained and cared for. Before you buy, just know they are great but thats their job when selling. But when it comes to fixing things later on down the road, good luck.

Very friendly people and patient. We couldn't make a deal because of the lack of inventory but don't blame them, this is all Covid situation. But I fully recommend this place.

We had a wonderful experience purchasing our Palisade at Gates Hyundai in Richmond. Scott Boggess the General Manager at Gates and our salesman Buddy Rue were extremely helpful and fully answered our questions. We never felt pressured to make a decision. Buddy even delivered our new car to our home where we completed all of the paperwork. Later they followed up with us to see if we had any questions or concerns .

Thank you for your quick excellent service today 4-17-2020. Looking for the next one. Tell everyone in the service department Great Job Keep up the great work Excellent

My experiences with Gates Hyundai Service Dept. and with...

Zach is a wonderful salesman. He was always smiling and...

Zach is a wonderful salesman. He was always smiling and pleasant and willing to do whatever he can to make the car buying process easier.

Was treated horrible and made our daughter cry !

September 10, 2019
By Ballard Williamson from Richmond

My name is Ballard and have lived in Madison County, for almost 30 years. I attended college at EKU when i was thirty one. I want to write a great review for Richmond Cars and Truck Center above Save A Lot. Let me say first that I was dealing with Gates at Hyundai in Richmond Ky and have several times in the past and always with the same Sales Manager, which is the rudest and un caring person you will meet . Took my little girl on her 18 birthday to get her a car we seen online. To make a long story short, we was within 800 dollars short, which they got at a auction. Gave my little girl, yes she 18 but will always be my little girl, the key and said they work it out. Well, we did not get the car for her over that little money and took the key back breaking her heart. They would had a customer for life but 800 dollars was to much for them, so we left. Destroyed her birthday. But they call back Saturday evening and said we had a deal, and left 2 messages by two salesman James and Hogan that we had a deal but was closed by the time we got there. Call them Monday and say deal was off due to we did not come get Saturday that deal was dead and back to the same price, but letting my daughter think she had the car but was let down again. Now you see Gates has 5 or 6 car lots in Richmond and you would think they could help a young girl get started out right of getting her first car, by the which we had all the money in cash and would had a customer for life. So you see GATES have monopolize the business in Richmond and they wont deal with you cause they have set prices and they don't have to work with you and appears they don't care. we went to several of his lots and got the same terrible treatment. I am asking all or any people with descent respect to boycott GATES. They will burn you up with prices and fees. now let me end this story and happiness to a young girl and a great ending. We went to Richmond Cars and Truck Sales due to we seen a Kia Soul plus sitting there. I told my wife no use going here due to they were much smaller compared to Gates Auto. So I thought I try anyway but was only checking price and mileage and year. Oh Boy was we fooled. Now first i don't know anyone who works there, and almost did not stop. Would had been a big mistake due to we was headed out of town for a better deal than GATES Auto. I stop open door and went in and was treated as a 5 star Customer, thinking here we go, however not only we meet one of the greatest nicest car salesman name WILL, but was only there under 45 minutes and got a super deal on that Kia Soul, 2017 with 31,000 miles way under anything GATES could had offer or would offer. But Will made the process so easy and the Sales Manager was Great to work with and made my young daughter the happiest little girl you could had imagine , now proudly driving her little Kia Soul . Now I have never have ever wrote a review before, but i thought there was a great moral to this story and who destroy a young daughter dream. I thought if you own so many 1000 plus cars as GATES Auto have, you never have to look anywhere, but we learn't that's not true cause RICHMOND CARS and AUTO SALES can and will do their best to make your dream come true, and treat you as a 5 STAR customer , they did us and we are prove of that. Go where there is no pressure and hassle free and a 5 star dealer. So if you looking for a great deal for a car and being a life customer, GO see my Friend WILL at RICHMOND CARS and AUTO SALES, and ask for WILL , where you are treated fairly and by the way they did come down from their price to make my daughter so so happy, and now has her friends and my friends going to see WILL. I will Never buy a Car from GATES auto and neither should you., because they have monopolized the car business in Richmond Ky. If you do not deal with my friends it might be best to drive 17 minutes somewhere else.

Rating breakdown (out of 5):
Worked with:
1 person out of 1 found this review helpful. Did you?
Show full review
5.0

Came into the dealership yesterday evening and it was one of the easiest experiences i’ve had. Car dealerships typically make me nervous and uneasy but I felt pretty relaxed and i’m happy with my purchase. I ended up with a 2017 Nissan Versa. As a first time buyer, I was pleased to find a used reliable car I could call my own. I am very thankful for Scott, Greg, and Frank as they worked diligently yesterday to get me financed and help me find a car, even going above and beyond and staying past the time they were suppose to be there. And on top of all of that.... I got a 3 year warranty on my used car!

As a first time car buyer, I was timid about the entire process of purchasing a vehicle. The fine folks at Gates were efficient, friendly, and helped in any way possible. They were entirely reasonable in negotiating a price, transparent about the car's history, and friendly in customer service. Logan Noe answered all questions I asked, and responded amazingly fast with tremendous service. If anybody in my life asked me where to go to purchase a new car, I will always recommend Gates Hyundai in Richmond, KY.

Rating breakdown (out of 5):
0 people out of 0 found this review helpful. Did you?
Show full review
Read all 540 reviews