See all 51 vehicles from this dealership.

This seller has been on Cars.com since January 2015.
We are a team of highly motivated professionals dedicated to providing automotive solutions for our families customers and our community. Our friendly and knowledgeable staff are always ready and willing to assist you with any needs or concerns that you may have. We work very hard everyday to make your experience with us as simple and as easy as possible.
3 Years Complimentary Oil Changes with Every Purchase! 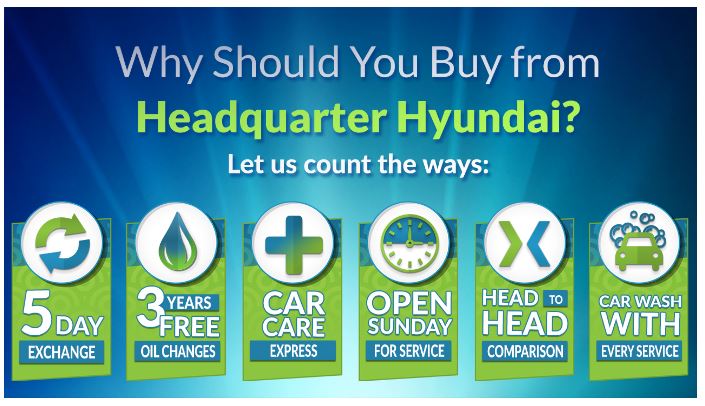 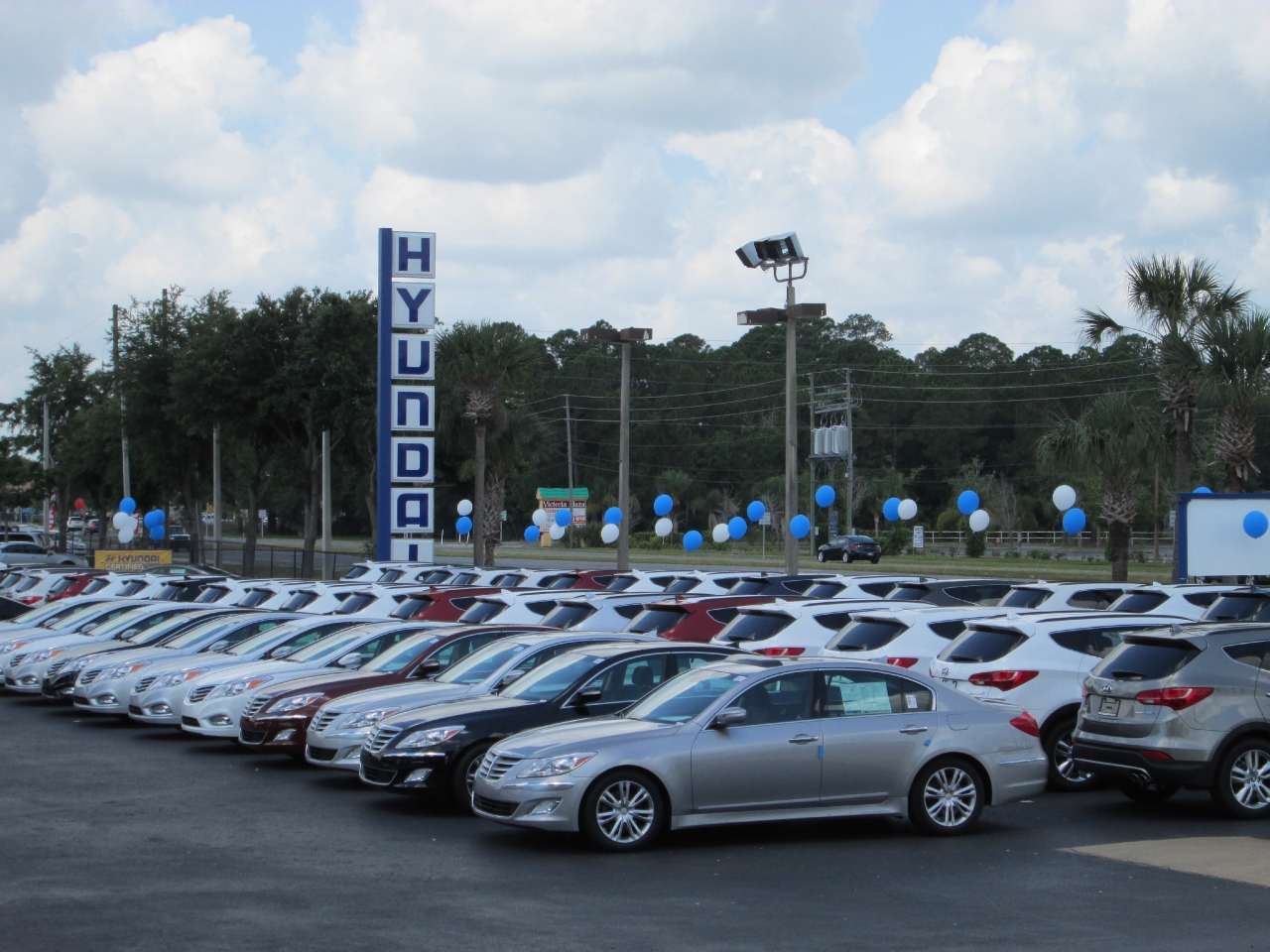 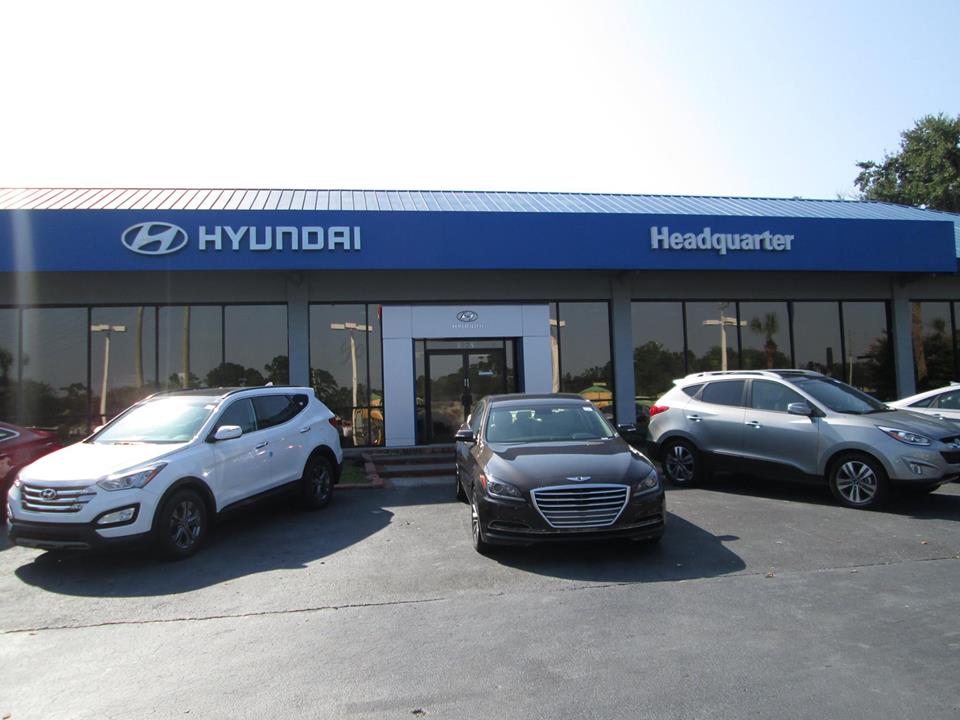 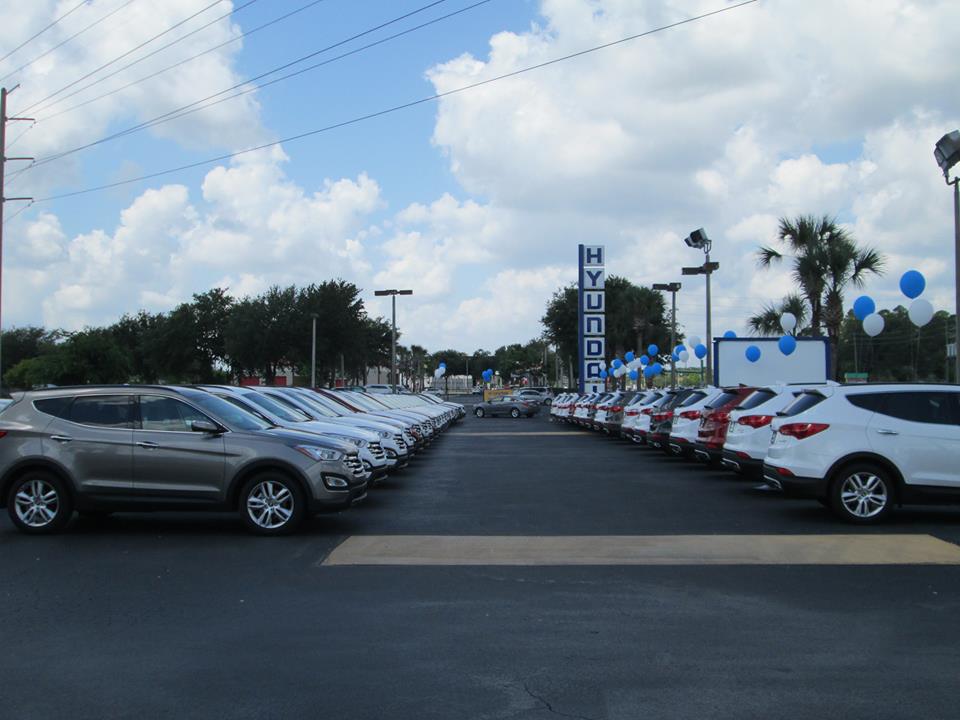 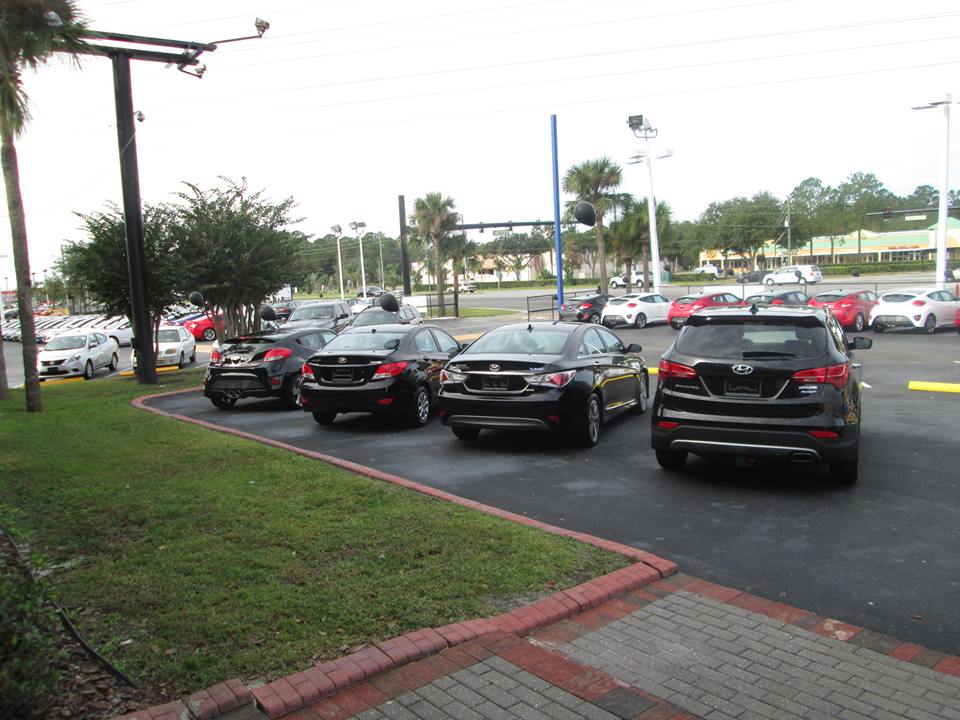 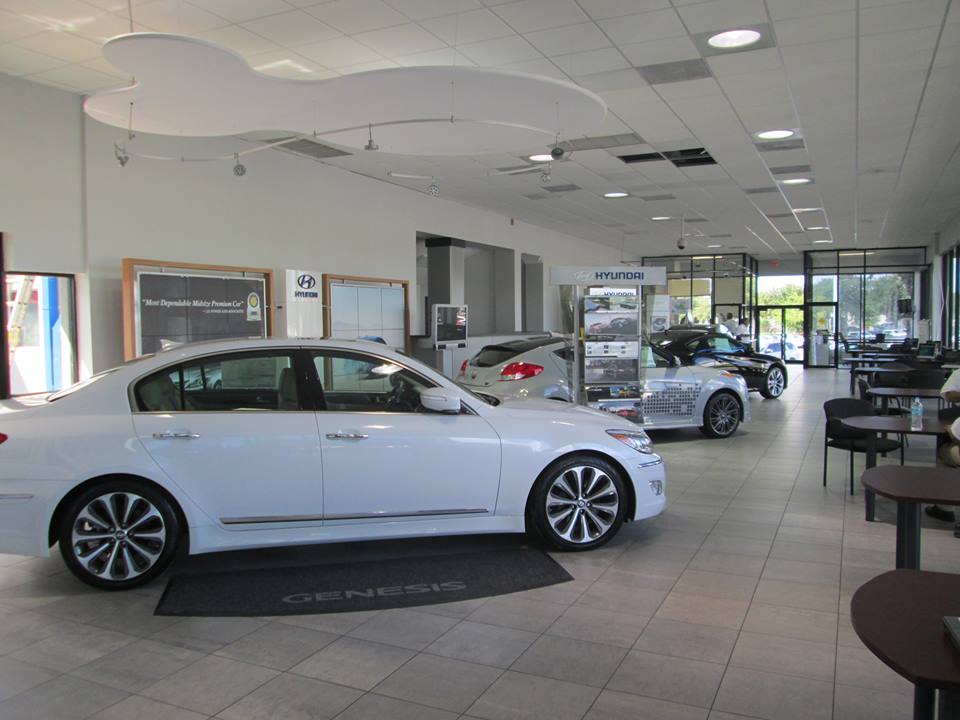 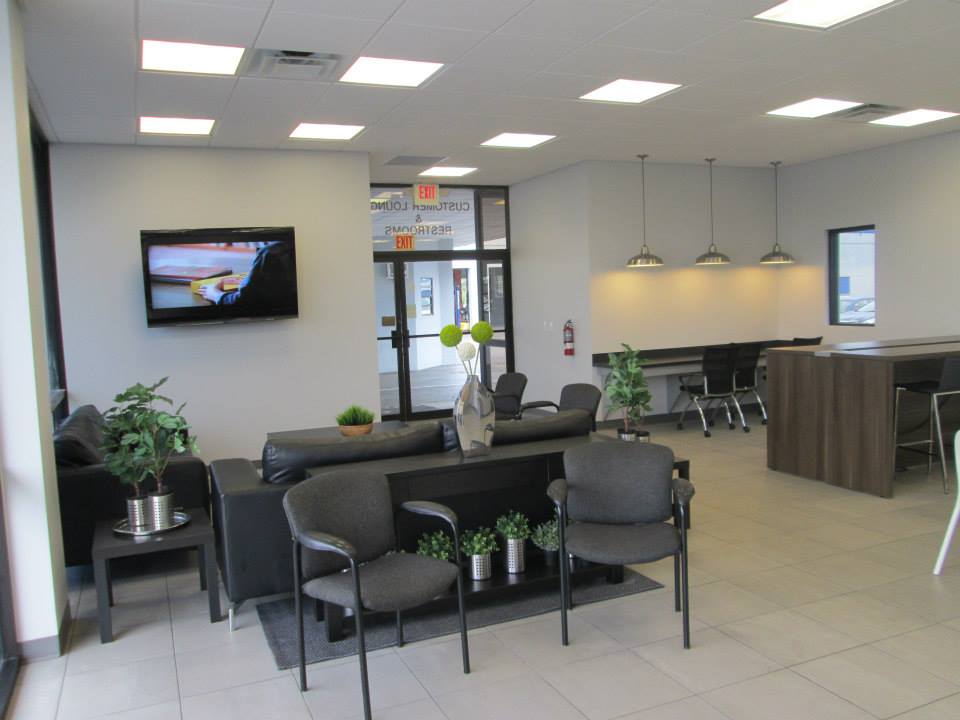 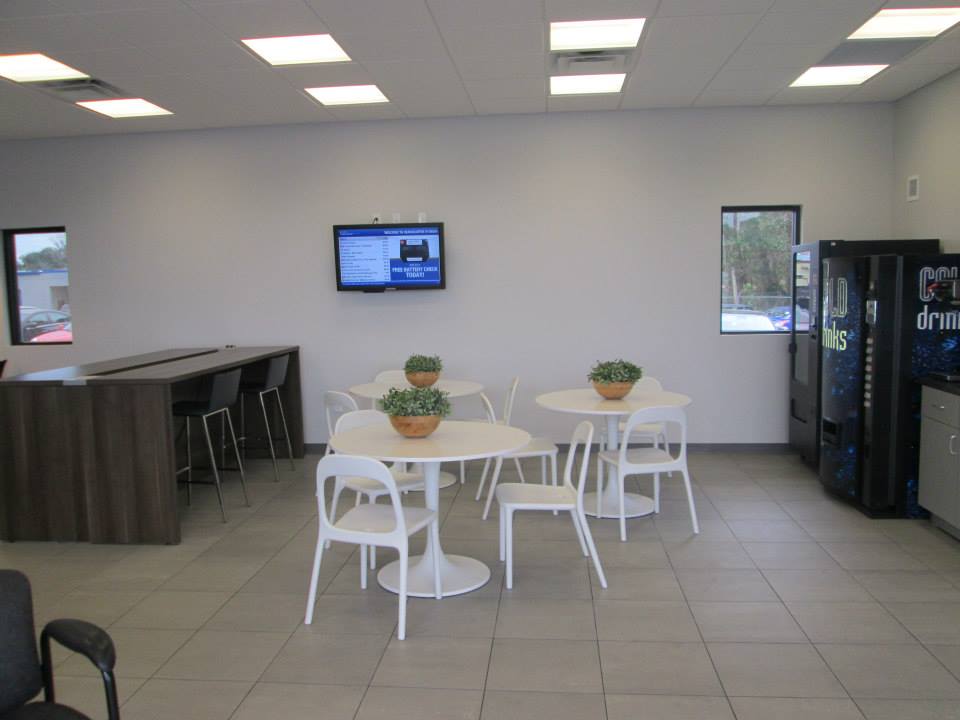 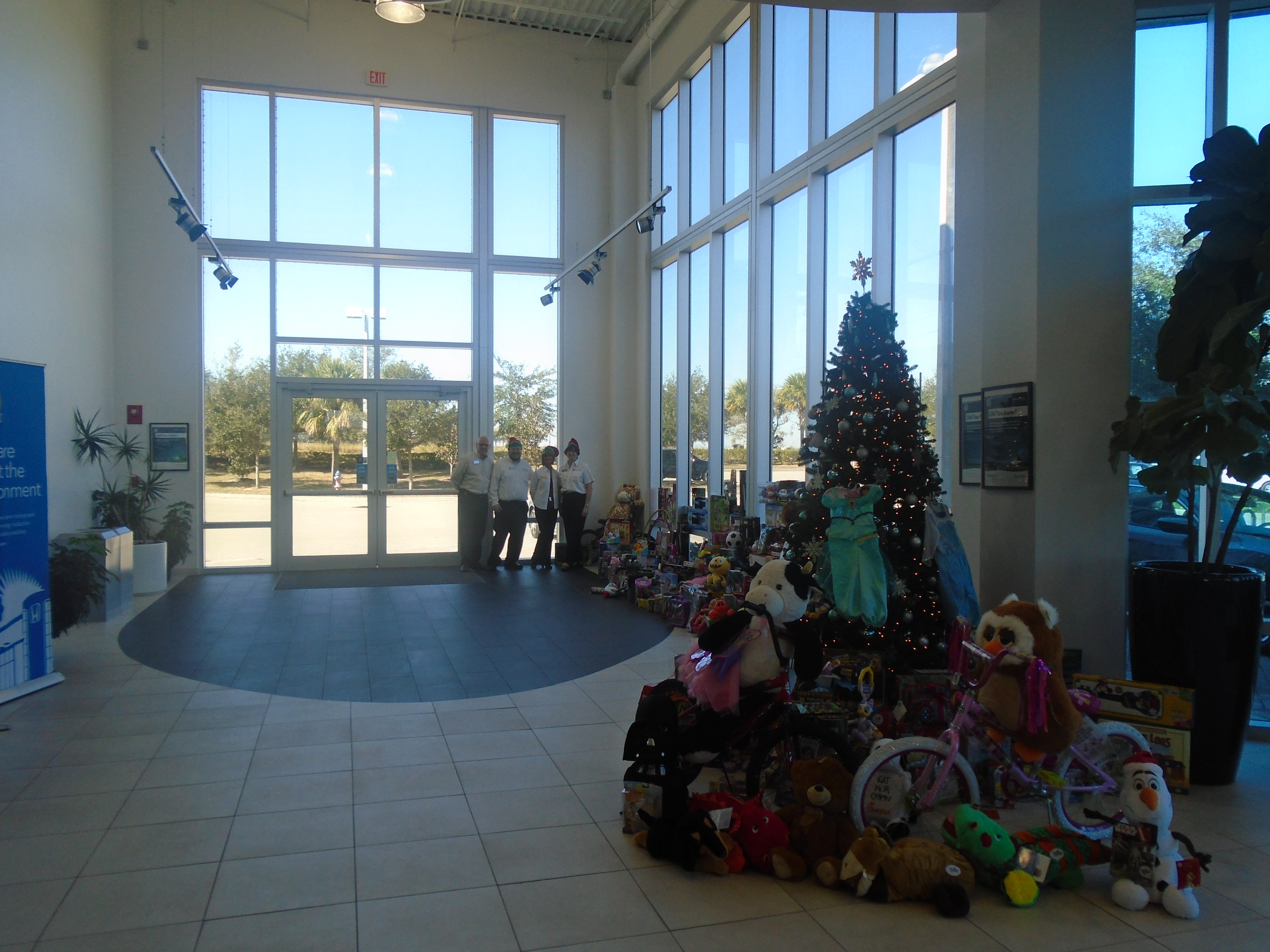 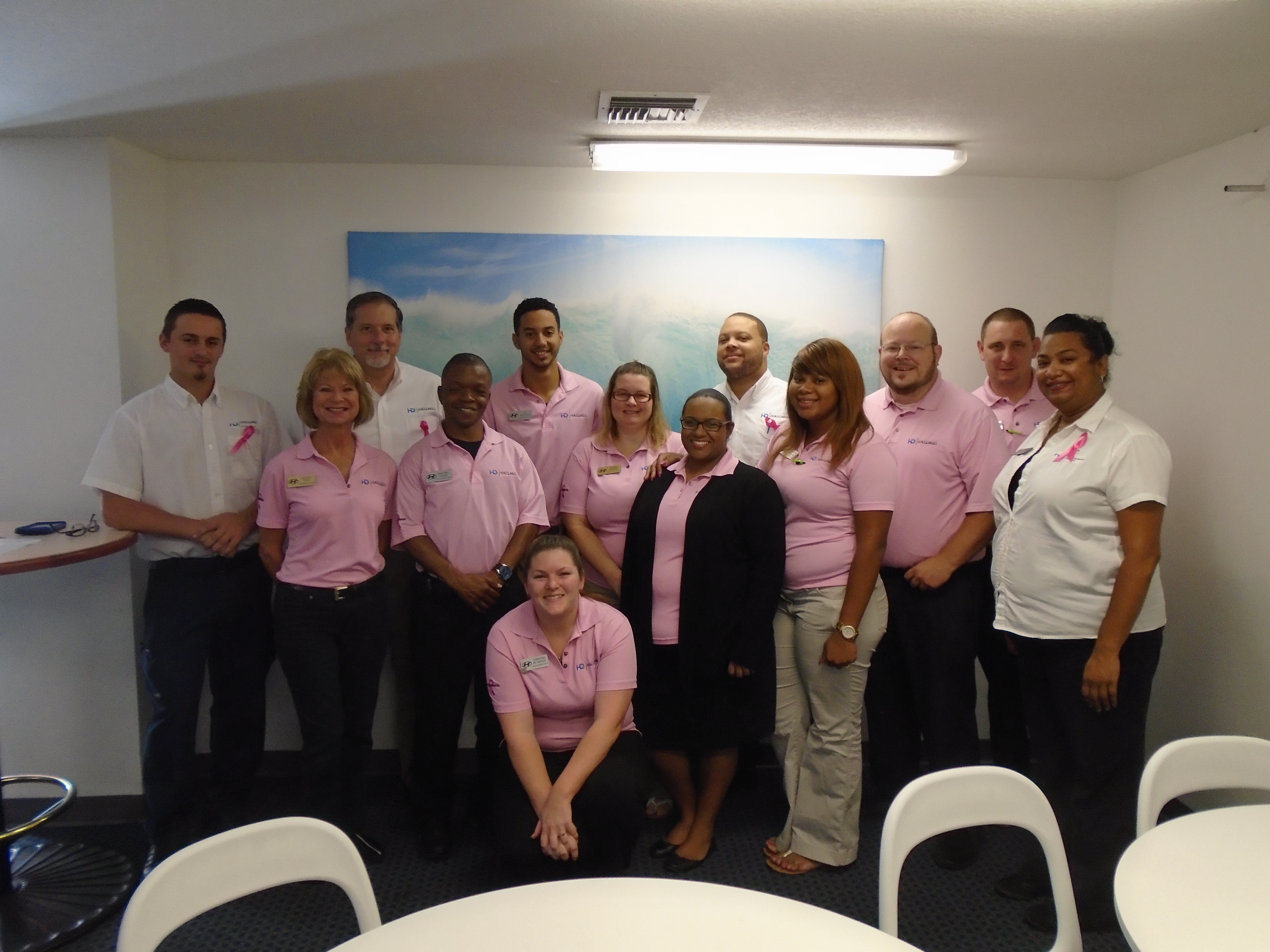 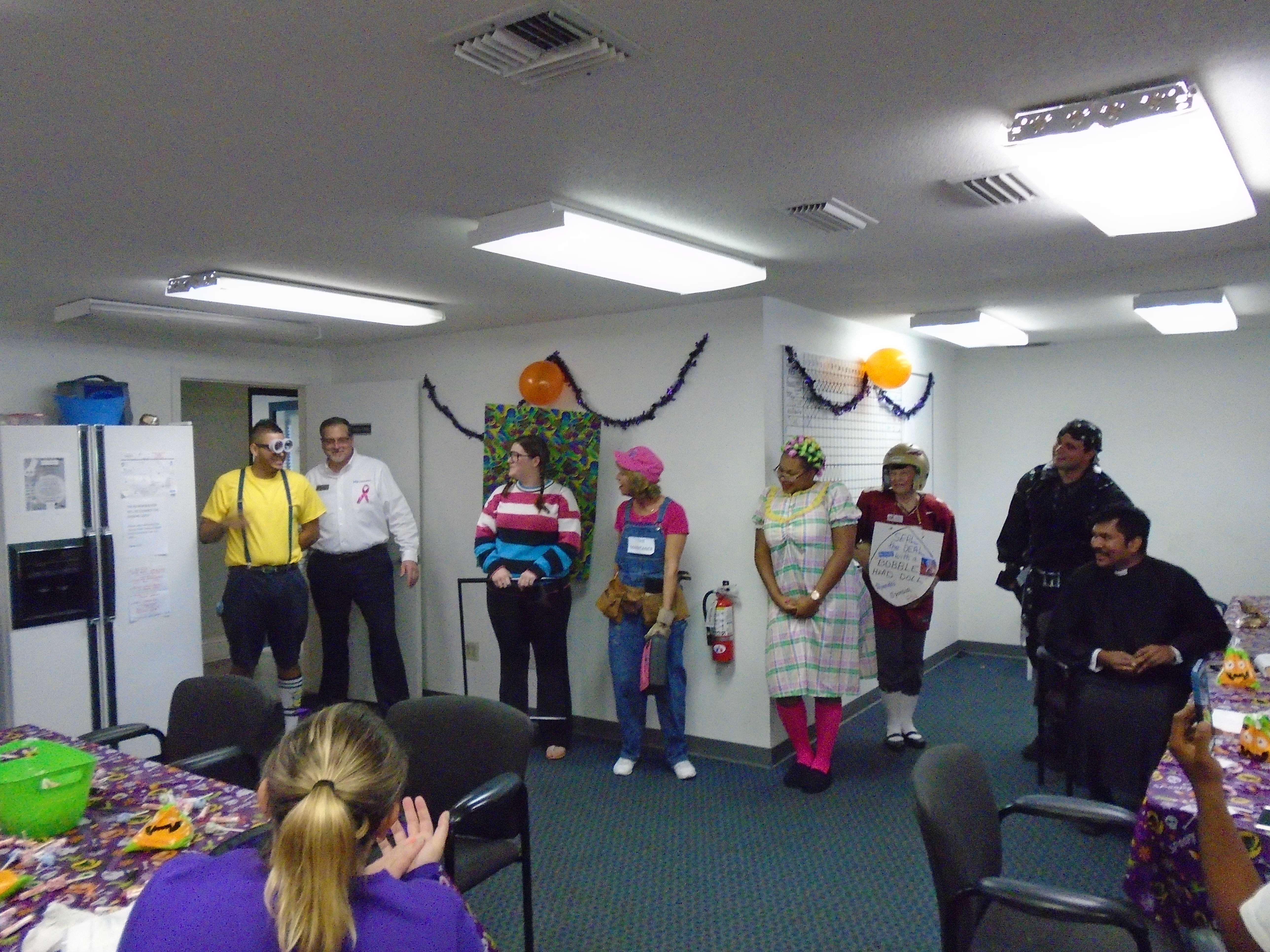 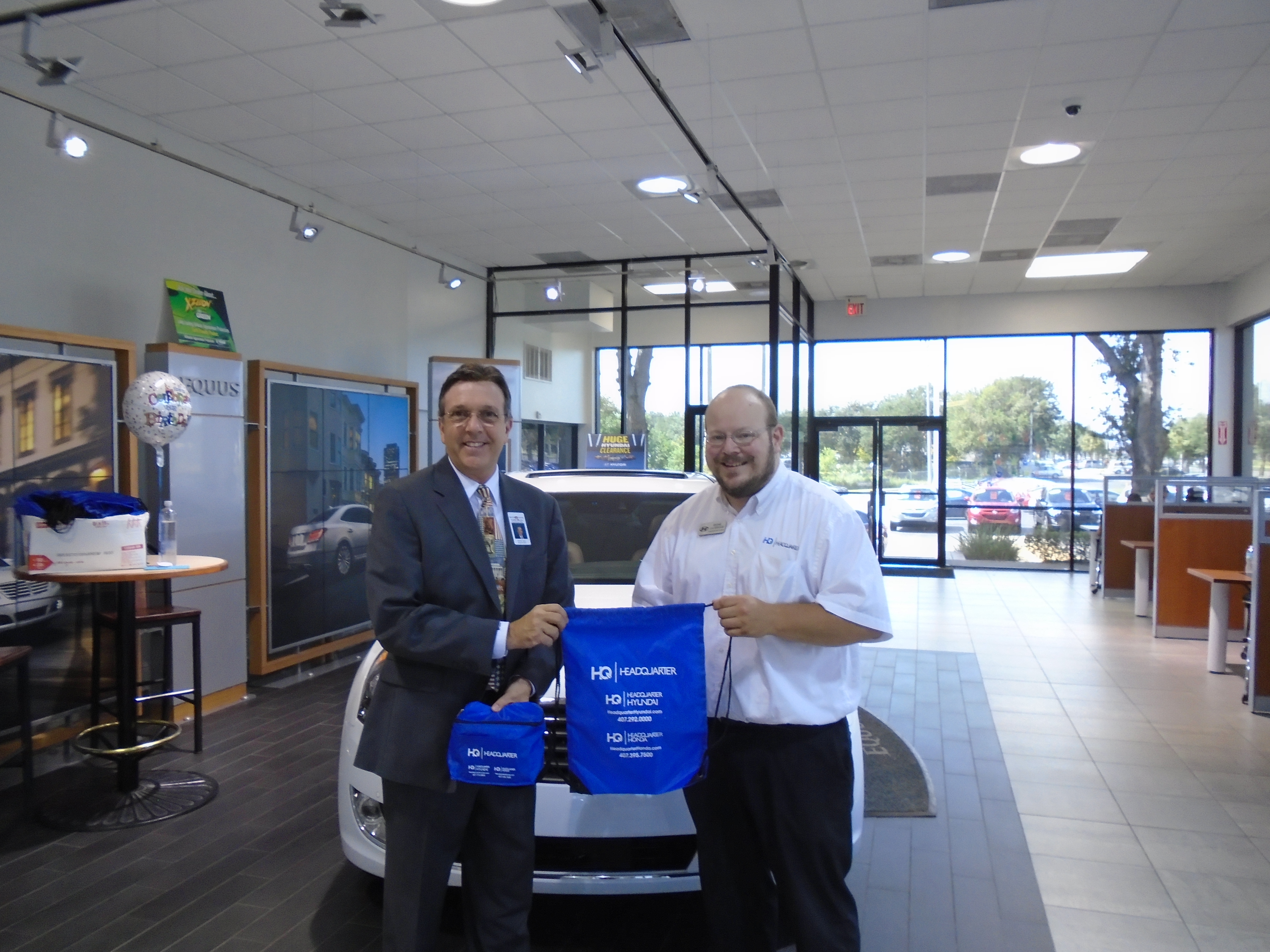 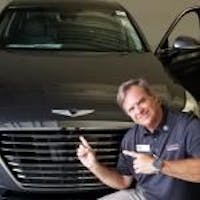 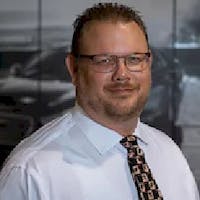 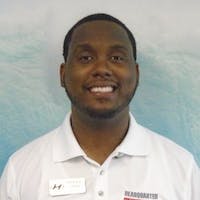 A dealership's rating is based on all of their reviews, with more weight given to recent reviews. Includes reviews of Headquarter Hyundai from DealerRater.

Tony found my car, when many other dealers could not.

October 8, 2022
By vbwinton on DealerRater

Tony found my car, when many other dealers could not. I’ve been waiting for this car for 10 months & once Tony started working with me, he found one quickly.

My wife and I purchased a Palisade yesterday and Jose, our sales person, was friendly, knowledgeable, and able to make the deal we wanted. I have purchased many cars in my lifetime, and this experience was by far one of the best.

Rating breakdown (out of 5):
Worked with:
0 people out of 0 found this review helpful. Did you?
Show full review
1.0

I would give zero stars, if possible.

I would give zero stars, if possible. Manager and director with very unprofessional atitudes. They were talking very loud with me in the lobby. The situation: During our previous car maintenance appointment we were told that the window blind (that was broken and we clearly explained what happened) could be replaced since the car still had warranty. They would order the piece and call us to do the replacement. They have never called. So, we had the new maintenance scheduled and we mentioned regarding the blind. The manager really did not care, he said he talked to my husband by the phone and interrupted me while I was talking asking If I would like to speak with the director. The director started saying that there was nothing documented in the system about this issue, and he would never approve this kind of replacement since he considered not a problem with the product (without even looking to the blind itself or trying to understand what happened) and I would have to pay for the replacement If we decide to fix it. I called my husband while waiting for my car, and he (the director) was listening to my conversation and started to say (in a very loud voice) that I was lying to my husband. So, after all the service disappointment, he also called me a lier in front of everybody in the store. They were very unprofessional and I would never recommend their service to anyone. Costumer care do not exist. We have another car, another brand, and they have been amazing!!!! We have worked with others car dealers (Not related To Hyundai) and they were amazing as well. Just be careful!

Rating breakdown (out of 5):
Worked with:
1 person out of 1 found this review helpful.
Show full review
5.0

Very professional. Very knowledgeable. Very helpful. It was a pleasurable experience from start to finish.

I was so amazed with how quickly I was in a and out!

I was so amazed with how quickly I was in a and out! Christian was patient and understanding. Ms. Figueroa was magnificent! I will definitely let everyone know what a lovely dealership this is!!!! Thank you!

Nay, thank you for both your business and the 5 star review. I hope that we always give you the experience of 5 stars. Again thank you, Sincerely, Shane Lillibridge Customer Relations Manager Headquarter Hyundai/Genesis S.Lillibridge@hqhyundai.com

You’re so welcome!!! I felt so taken care of and comfortable! Thank you so so much!

I want to write about Christian.

I want to write about Christian. Such a wonderful, caring man. He helped me in so many ways. Realized I was nervous about process, and went above and beyond to get me what I wanted and quickly! Thank you so much, Christian! Also, Janelle and I had been communicating for about a month on car we wanted. Set up appointment for me, and has followed through this whole process! Thank you Janelle! I would highly recommend both of these wonderful people to help in your next car buying experience!

Petnorr, thank you for both your business and the 5 star review. I hope that we always give you the experience of 5 stars. Again thank you, Sincerely, Shane Lillibridge Customer Relations Manager Headquarter Hyundai/Genesis S.Lillibridge@hqhyundai.com

Please do not ever, ever do business with this

Please do not ever, ever do business with this dealership! I was clearly told, and confirmed it twice prior to leaving the office of finance manager, MK Rizeak, that the routine maintenance package for the life of the loan was being included at no charge. When I returned home, I noticed that it was included as an actual charge, and not just listed on the paperwork to show that I had the maintenance package. I called and left at least 2 messages over a 2 day period, and after receiving no return phone call for almost 4 days, I messaged my sales person, Orlando, who has been absolutely awesome since I first walked in the door Monday afternoon, and he spoke to Mr. Rizeak, who then finally returned my call, but unfortunately proceeded to blatantly lie and respond in a somewhat patronizing way, that he never told me that he was including it at no charge to me. I would have never, ever agreed to pay for a maintenance package when I can get the routine maintenance done at a shop 5 minutes from my home for a fraction of the cost. To add insult to injury, you could tell that he knew he was lying, and he still could not be mature or professional enough to admit that he had told me that. Chuck Brumm, general sales manager, then called me and proceeded to imply that I was the one not telling the truth, and refused to refund to me the amount that I was charged for the routine maintenance package. I have had a Hyundai for almost 4 years, and I want to make sure and say that the service department at Headquarters Hyundai has been outstanding in all ways over the last 4 years every time I had to take my vehicle in for any reason, and it is sad and unfortunate that Mr. Rizeak and Mr. Brumm refuse to conduct themselves in a mature or professional way and/or refuse to just simply do the right thing. It is people like them that give car salesmen a bad reputation, which is very unfortunate as there are many that conduct themselves with integrity and professionalism, but get overshadowed by auto dealership employees like Mr. Rizeak and Mr. Brumm.

Pretty much just abandoned us in the showroom for half

Pretty much just abandoned us in the showroom for half hour without checking or keeping us updated on whether our deal was working out or not. We finally just left and didn’t purchase.

April 16, 2022
By raygigantino04@hotmail.com on DealerRater

Rating breakdown (out of 5):
Worked with:
0 people out of 0 found this review helpful.
Show full review
See all 1,073 reviews