See all 81 vehicles from this dealership.

This seller has been on Cars.com since June 2015.
1 Owner Car is founded on trust integrity and respect. We are proud to offer these values in our sales and business practices so our customers keep coming back. The vehicles on our lot have the best prices and quality in the area so come by and see us today!
Your Local Resource For Quality Pre-Owned Cars 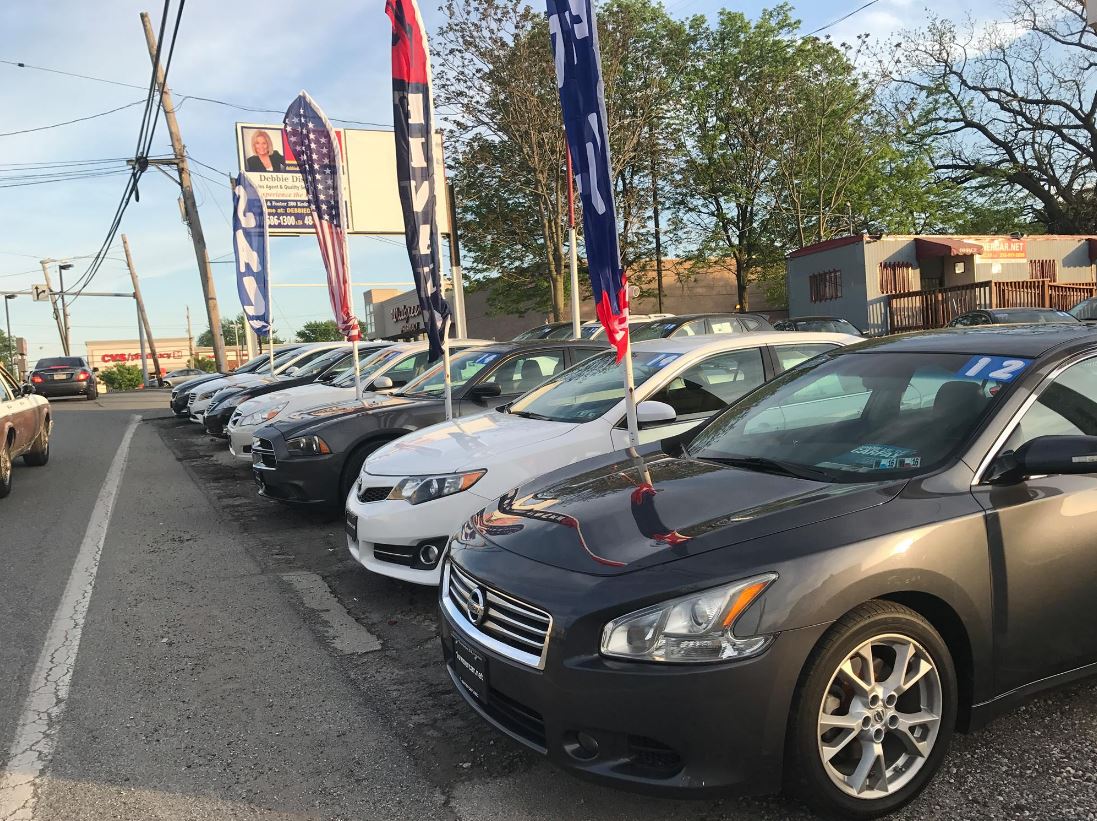 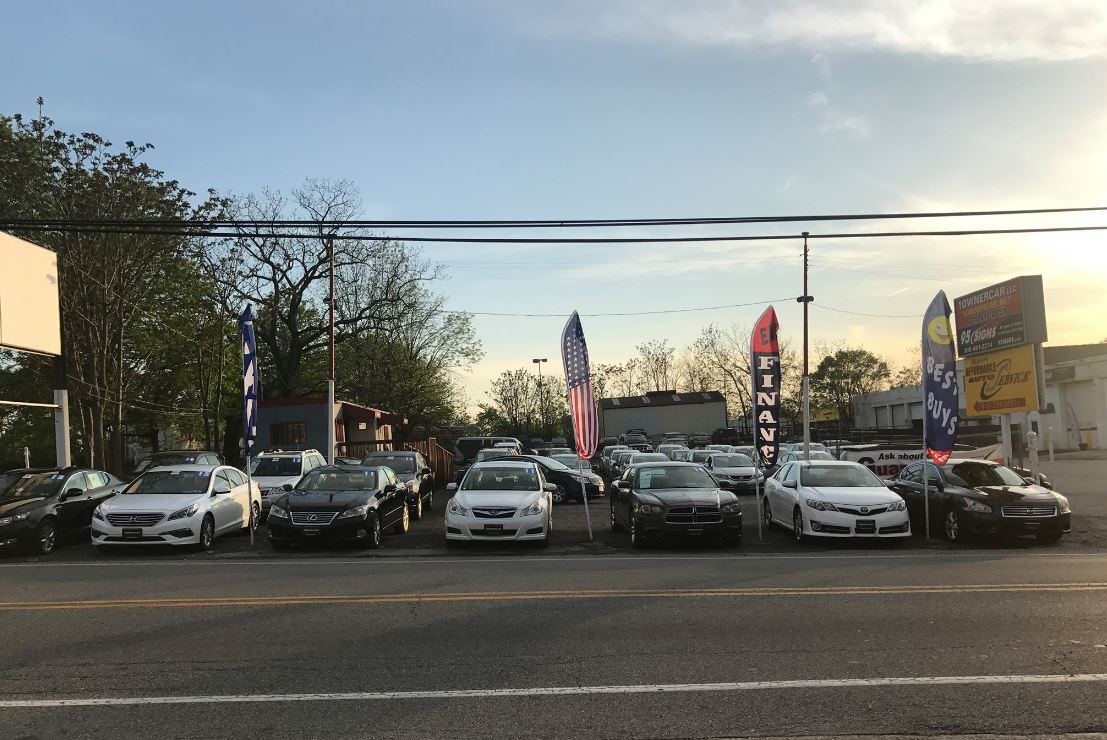 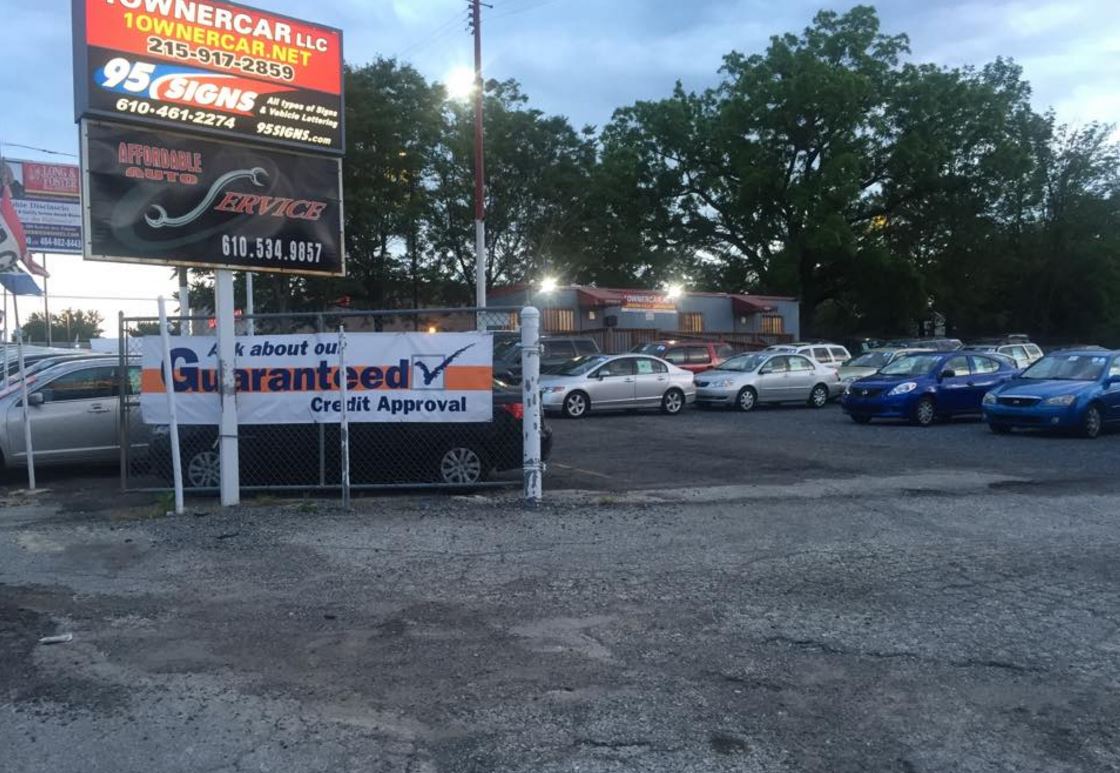 A dealership’s rating is calculated by averaging its lifetime reviews. Includes reviews of 1ownercar.net from DealerRater.

I originally went there for a 2016 Chevy Malibu and when I called they said it was available. I got there and the ca had JUST sold. What a surprise. *insert eye roll emoji* THEN I walk in with a check, they give me a 2014 Chevy Malibu which I didn't want but my original car had gotten stolen so I had to walk away with something. They give me a bumper to bumper 90 day warranty on it. The day after I took it home, I called back to return it because the breaks were awful but they sent me to their personal mechanic whose name is Spencer. Spencer was very nice and fixed my problem but after about 5 weeks, the check engine light came on. I take it to them, they tell me that they cant help me because they don't offer a 90 day warranty. So here I am 1.5 years later looking for a new car because I am already WELL over 4k into the car (not including upgrades, routine maintenance, flat tires and gas) and the check engine light is STILL ON and I cant get it to pass inspection because of that. Every shop I take it to says they don't know what's wrong with it and I need to take it to the dealer I got it from but they are no help whatsoever. I think Ken was my salesman. They talk fast, real "cool" vibe in there. They play explicit lyrics over their store radio and talk to you like you're on the block. Do NOT buy your car from here. They are money hungry scammers that cause more trouble than theyre worth.

Total bait and switch operation. Don't have even half the inventory they present online. Inquired about the same vehicle 6 times over the past 4 weeks. I was first told by "Andy" that the vehicle was sold that day 8/5, via text message. Totally fine. However i continued to see the vehicle (2017 Hyundai Santa Fe btw, i'm sure it'll stay on their site). 8/16, I call, speak with Andy via phone. Clearly didn't remember my name, but inquired on the same vehicle, they then said it was on the lot, come on down. I didn't but decided to keep engaged. Fast forward to 8/26, I call again, speak to someone else, who also confirms it's on the lot. Meanwhile, the Carfax clearly shows this was not sold, and they've had it since December 2019. 8/28, today, I called in the morning to confirm the vehicle is still on the lot, which the customer service rep tells me it is. I go there this morning, and the gentlemen tells me "it just sold last night." Wonder how long it'll stay on the site. Clearly a fake vehicle they use for baiting and switching. Don't bother inquiring. PS- Their "discount" that is advertised is assuming $2K down, regardless of financing or cash purchase. So subtract $2K from whatever the discount is to get your real price, before all their random doc fees, delivery fees, etc. Total scam.

Would give 0 stars if I could

Awful experience. I had an appt set up with Andy to test drive a vehicle I was very interested in. Confirmed available. We set this up yesterday, I made him aware I would be driving over an hour to get there (coming from MD). He even texted me this morning to confirm I was still coming... I get there today and the vehicle I drove over an hour to see and drive, that I was told was available, was nowhere to be found. Ample amount of notice and yet they couldn’t have had the car ready or told me it was unavailable. He told us they were trying to find it... what?! On top of that, he had me wait there and required me to verify my financing before I was even allowed to look at any cars! Again.. what?! Apparently they like to judge a book by its cover and assume a young girl like myself can’t possibly be able to afford the car I was looking at. Had they provided the car I came to see, they would have easily found out I make over 68k annual salary, have an excellent credit score, have already paid off multiple car loans, and would have absolutely no problem purchasing the car and giving them my business. Even after that, he was trying to sell me on cars that were way out of my price range and far off from what I travelled to see. I must look like a stupid young girl at that... thanks for wasting my time and gas! Do not recommend this dealer unless you want to be lied to and taken advantage of.

Great Experience.Thank you so much Sam,Mike,Ken and Angel!!! Everyone worked so hard to help me drive off in a great used car.God bless you all.............

Great Service over all! Definitely recommend!

Great service! Employers are kind and will make sure you to help you in any way they can! Great experience!

So on 08/17/19 - walked in the doors 1OwnerCar.net with photo in hand of my desired car and was greeted by "Ken" - he is kind, knowledgeable, informative and so helpful. I AM now the "new" proud owner of a 2013, Nissan Maxima SV ... smooth transaction, no pressure - almost painless. *wink :) Thanks Ken you made me feel super happy! Namaste!! Tamla

DO NOT BUY HERE THEY STOLE OUR DOWN PAYMENT

We gave them 3000 dollars for a down payment and didnt realize they kept the money and called it a finder's fee and never applied it toward our purchase!! They are liars and theives. We are hard working people who do not have a lot of money and they preyed on us and lied and tricked us into this "finders fee" that cost us 3000 dollars. I should have know when they kept passing notes to each other instead of speaking out loud. Its bc they we're concocting this scheme to steal our down payment! Please do not buy from these people. They are a disgrace and disgusting to steal money from people who worked hard for it. If they worked hard and were honest like us they wouldnt have to lie and cheat to get sales. I filed a claim with the BBB. They are not BBB accredited. Buyers beware!!

Service was excellent and they help me get approved ! Thank you guys so much I&apos;ll be back in 18 months to pick a new car again ! And I got awesome pizza ! Thanks again to Jay and his team.

If I could give them a 6 star rating for customer service, I would. Jay and Derek were outstanding. I was amazed at how I was treated compared to other mainstream dealers that I visited. There are a few 1 star reviews on this place that almost pushed me away, but here&#8217;s my story from top to bottom if you&#8217;re reading the 1 stars and getting freaked out: I&#8217;m a very particular buyer, about 150 miles outside of the Phili area. 1ownercar had a high-priced truck there that was exactly what I wanted. When I first spoke with Jay, he was very straightforward with me. I was skeptical about the whole process of driving out of town to a 3rd party dealer, but with the way that he answered questions he gained my trust. He sent me the Carfax, and had his technician send me extra pictures of the truck. 26 extra pictures! After seeing the pictures of the truck, I called Derek (the partner), and spoke with him about it. He was understanding, straightforward, and accommodating. He didn&#8217;t tell me what I wanted to hear. He told me what I needed to hear. They respected my intent, and held the vehicle for about 5 days while I made arrangements to get out there to purchase the truck. They suggested that I take it to a professional mechanic for a look over, and didn&#8217;t recommend any particular mechanic, which I respect. On my drive up to Phili I received a call from Jay that the radio wasn&#8217;t working properly. He said that since I was on my way up that Derek would cover the costs to fix it if the deal worked out - very professional. The truck was in great shape when I got there except for the radio. I was able to take it on a lengthy test drive and went on my own to the professional mechanic&#8217;s building. The mechanic also reported a pretty flawless vehicle except for the radio. The truck was, in my impression, very well priced, even with the radio issues that were going to be covered by Derek. I had done a lot of research and was pleased with the selling price. I appreciated Derek&#8217;s wiggle room for front floor mats that were missing, but basically paid the sale price as listed. The check-out process went well. The sales center is small, but the customer service makes up for it. You can tell that the energy is positive. Their warranties are very well priced as well. I would recommend this to any used car owner for peace of mind. The truck was detailed for me to go, and Derek let me store my Honda in his lot to pick up later. He even paid for my first tank of gas in the truck! Fast forward four days later, the truck is running great, and I took the vehicle into a GMC dealer to get the radio fixed. Derek followed up with his word, and paid for the radio to get fixed. I didn&#8217;t have to lift a finger. He settled directly with the dealer. They don&#8217;t make straightforward, stand-up guys like Jay and Derek any more, especially as car salesmen. I can&#8217;t say enough about how honest they were. They gave me good information, advice, and whatever I needed to let me make the most expensive purchase that I&#8217;ve made in the last 5 years. Don&#8217;t let the looks of the dealership or the fact that they are a 3rd party scare you away. They treated me like family. They will give you the truth and honest truth so you can make the best decision on your own. This is the honest truth from my end: I had to jump through a few hoops, but this is the best car buying experience that I&#8217;ve ever had.

Rating breakdown (out of 5):
Worked with:
0 people out of 0 found this review helpful. Did you?
Show full review
Read all 72 reviews