See all 85 vehicles from this dealership.

This seller has been on Cars.com since July 2017.
At KD's Auto Sales we want to provide you with the best automotive experience possible. From researching the vehicle you want to test driving your options we're here to help with our knowledgeable sales staff and an impressive selection of cars trucks and SUVs. Let us help you find the perfect vehicle!
Cars From $995.00 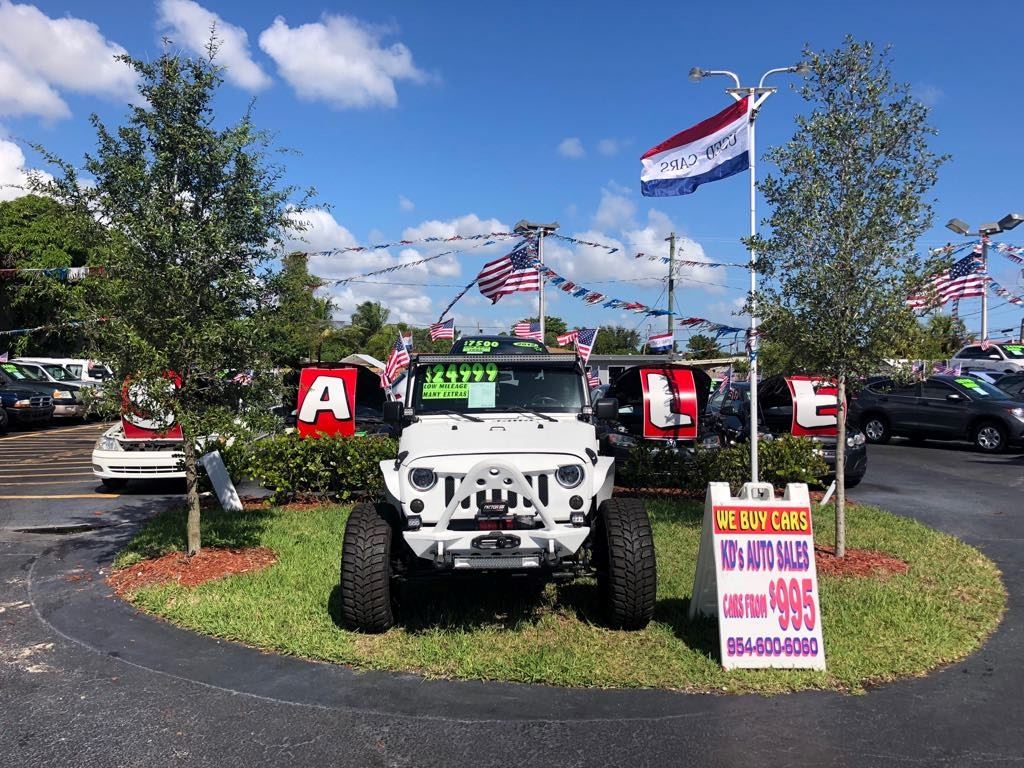 If you are looking for the worst possible car buying experience ever, you've come to the right place at KD Autosales! As rip off artist, they are at the top of the list! I told "Katie", I was looking a project car to build. I told her that I found 2, hers and 1 in Virginia. Your's is Pricey, $500 over book. (NADA) She said "You don't want a Virginia car. It's probably full of rust!" She was right, which is why I shop the sun states. We closed . I also paid $750 to transport it to NM. I was shocked upon i'ts arrival! It still looked good, but would barely idle. The engine was making a noise. "What!!" The engine check light is on?" That means it won't pass an emission test . Also, it had a large rip in the rear leather seat. Something not disclosed in pictures, or conversation. I had asked Katie before the sale, if everything worked. "Absolutely! she said. "It's a low mileage, well cared for car". Well it was low mileage for the year. That was the only true statement made about the car! Two power windows , the driver's side door lock, also didn't work! There were also two area's of the head lining , loose and hanging.When I Opened the hood, the grill fell off. But this, was the final "Gut Shot", The car had rust, from the engine compartment, through the entire under carriage, even in the trunk! When called to complain, I was given to Toby, who said he was the owner. He said, "You can't expect a twenty year old car, not to have rust, It's a New York car! Who buys a rusted out, New York car to sell in Florida? Apparently, they do. This car was totally misrepresented buy this dealership, and it's sales person! I believe they call that fraud! BUYER BEWARE!!

Rating breakdown (out of 5):
2 people out of 2 found this review helpful. Did you?
Dealer response

Mr. Stan Allen, you could of had this car simply inspected before purchase. CARFAX are available directly on our site so you can see a full history of EVERY SINGLE CAR AND EVERYWHERE IT HAS BEEN. YOU NEVER ASKED about its history at all. YOU stated you were using the car for a PROJECT. Putting two cars together. You purchased the car AS IS, for $2,300! You were expecting a NEW CAR, THIS IS A USED CAR.

October 11, 2019
By Harold from Texas from Livingston

Harold from Texas : October 2019 Recently purchased a 2002 Cadillac Eldorado from KD'S Auto Sales. Am very pleased with this car. It was just as described in the ad. Kris and the staff were great to work with from start to finish. Would definitely purchase from them again.

My Experience at KD&apos;s Auto Sales

I happened to be surfing the web when I came across a 1950 Buick Roadmaster which caught my eye. That front grille...WOW! I drove up from Miami and met Kris, Terry, Wayne, and some of the other staff members, a very amicable and friendly group. Kris, the owner, gave me a very fair deal on this classic piece of Americana! Honest, professional, reliable, and helpful are three characteristics I can think to describe Kris and his people. They are a pleasure to work with and as a family owned and operated business, every employee seems to be enjoying what their work entails. Being a classic car collector, I am presently eyeing two more vehicles he has for sale. I recommend them highly and wish KD&apos;s Auto Sales the very best of luck in all their future endeavors. I highly recommend. Gerry Alvarez 1950 Buick Roadmaster

08/24/18. My name is Sebastian and I went to KD Auto Sales in Pompano for my second car in this store. I looked for Terry who treated me very kindly as always and gave me the car that I liked according to my needs. My experience of two good cars with this company gives me the peace of mind to recommend it to my family and friends.

Good Honest Folks. They really keep their word Gave my deposit back and made me feel like they wanted to satisfy. Good Luck and God Bless

I was looking for a used car and came across KD. I did not end up buying a car yet, but they were very quick to get me any information I needed and sent follow up emails to see if I needed anymore help.

They helped me pick the perfect car for my daughter, they charge no dealer fees and they don't push you into just any ride. They find the car that's best for you. Thank you KD

Rating breakdown (out of 5):
1 person out of 1 found this review helpful. Did you?
Show full review
Read all 8 reviews