See all 283 vehicles from this dealership. 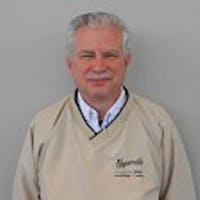 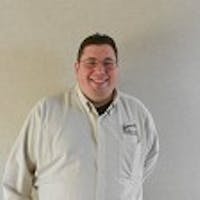 A dealership's rating is based on all of their reviews, with more weight given to recent reviews. Includes reviews of Castle Chrysler Dodge Jeep Ram of Naperville from DealerRater.

I recently bought a BMW 328i through the help of CJ.

November 21, 2022
By lenaarmouti on DealerRater

I recently bought a BMW 328i through the help of CJ. CJ provided the best experience I have EVER had at a car dealership. Buying a car can take time and be stressful but he made it the most comfortable. He was knowledgable and catered to exactly what I was looking for. When test driving the cars, he made sure I experienced all features before making a decision. I didn't feel like his purpose was to sell any car, but a car that was the best fit for me. He was understanding of my budget and made my dream possible. If you are looking for a great quality car and even greater customer service experience, you must go to this dealer and ask for CJ. I have already referred people to him because my experience was so great. My sister already went and bought a car from him and had just as an amazing experience as I did. Thank you CJ for giving me the best experience for my first car purchase!

I was so glad and appreciative to have a salesman like Alexander! He helped me throughout the whole process of purchasing a car. We worked through the numbers together, he answered all my questions. He had a lot of patience for me, and in the end, I left with my new car.

Hello Nicole, we're happy you found our staff to be so supportive during your experience here at Castle Chrysler Dodge Jeep Ram of Naperville. We are always more than happy to assist you if anything else comes up. Take care!

This may be the worst service center of any car

This may be the worst service center of any car dealership I've ever visited in 40 years as a driver. I've owned Honda, Volkswagen, Infiniti, BMW, Acura, Chevy, here and on the East coast. I will tell you this place is the worst. Every time I go you pull in and people ignore you. You just awkwardly stand there waiting for someone to take care of you. They make you feel like you're putting them out. Then it's two hours for a "quick service" oil change and of course they come up with ten other things your car with 20,000 miles needs. The only reason I go here is it proximity to my house and I will tell you this place is bad enough that when my lease is up on my Ram I will never again purchase another CDJR vehicle just to avoid the misery that is visiting this service department.

Bought my truck from this dealership only because it was the only dealership that had the specific color I was looking for. I worked with CJ who, at first, seemed friendly and helpful. Took the truck for a test drive and noticed one of the tires was really low. I was told it just needed air, and if it started to loose air again to come back and get it handled. I bought the truck on Labor Day and spent 5 hours there mainly waiting for my turn with the finance guy, who turned out to be just a corporate training filling in. Before leaving, after waiting over an hour and a half to finish financing, I noticed that the truck only had a half tank of gas. I asked CJ to get it filled, and he claimed since it was a used car that they did not provide a full tank. Which is a joke because I have never heard that line before when buying a used car/truck. But after spending 5+ hours mainly sitting and waiting for them to get things finalized, I was ready to get home. Less than 24 hours later I get a call that there was a form not signed and they needed me to drive back to sign it in person. I live 45-50 minutes away from the dealership, and was annoyed that I had to drive in. I came, signed the paper and asked to get the tank filled. They did, and said that they do not know why I was told they don't fill the tanks of used cars/trucks when sold. Fine, great, I get a tank of gas. Later that week, the tire that was low before was low again. I called the dealership and asked if they could send someone out to replace or fix the tire. The dealer said they don't offer that and to just "bring it in." I live 10 minutes from a discount tire and didnt feel like driving 45min for them to just patch the tire, so I went to discount tire to have that done for free. Turns out the tire had a plug put in (something you can buy from Autozone) and Discount Tire cannot patch/repair the tire. Pissed off I called multiple times to the dealership and finally just put a reservation in service to get it handled. I was able to get a hold of CJ's manager and was told they would take care of me. As a father of two, I did not trust the patch job that could have easily been done by either the dealership's service team or the previous owner. Therefore, I was already skeptical about what they could "do" for me. I showed up for my appointment today, waited 25min after approaching the sales desk to talk to Cj's manager (Jameson?) who took me back to service. When I explained the situation, the service member looked like I had just told him something he has never heard before, and said they will "see what they could do." After an hour or so, I was finally told "there is no leak" and they would do nothing about it. At this point, I was wasting more of my time, yet again, so I said I would not leave until they replaced at least the two tires (because why would they put a brand new tire with three tires with 38,000 miles on them?) Turns out, that is exactly what they did-and I spent another 2-3 hours waiting for them to 1) get the tire from another dealership 2) get it mounted and 3) put the tire back on the truck. I took a risk coming to this dealership, and clearly there is a reason why this dealership has such bad reviews on various sites. Don't go here, its a joke. I have never seen such poor customer service in my entire life. I am glad to be done working with them and I look forward to going to my local dealership if I ever need anything. Just pure and absolute trash service. Still cannot believe it.

Britney the finance manager led me to believe the tire and rim package was free, and I quote, we throw in the tire and rim package to try to help out our customers . Upon signing all the paperwork I added the numbers up ,it was 1000.00 too much , I brought it to her attention and she said , hmm, maybe my math was wrong , she eventually came clean and said it wasnt free, this is horrible business practice I wonder how many other people shes scammed , I ended up taking the package for 750.00# , I wont be recommending anyone to come here for a car , CJ was awseome great ,personable guy

Everything was great with the sale and the delivery of

Took my car In and after keeping it for 7 hours

July 22, 2022
By FormerJeepfan on DealerRater

Took my car In and after keeping it for 7 hours remembered they don’t fix the roofs on the 2011 jeeps ( even tho I specifically asked 2 : different service people) before I dropped it off~ took off work and had my neighbor pick me up at the dealer and waited all day ~ only to get a call a 3 pm saying “ we can’t fix those anymore)

Unorganized. Charged me an $18 “supply fee” to program a new key fob on top of $94 labor charge. Scam. what “shop supplies” were needed to program a key fob?

Horrible service department. Refused to fix the issue on my brand new 63k Jeep! They are rude and unhelpful. You will be treated better at the Kia dealer. Jeep will never be upscale with dealers like this.

Rating breakdown (out of 5):
0 people out of 0 found this review helpful.
Show full review
See all 1,416 reviews