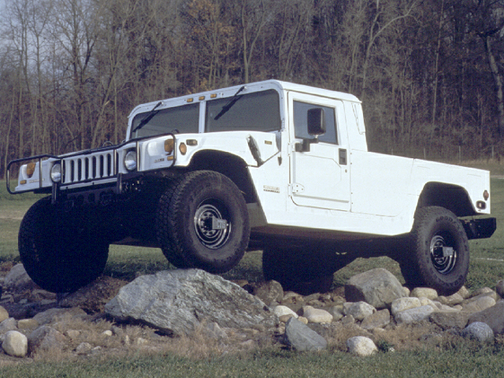 Our 2000 Am General Hummer trim comparison will help you decide.

Arnold Schwarzenegger had four Hummers at last count, but at $70,000 or more a pop, taking just one of these babies home would be a challenge for most of us.

Still, after just a few days this past week in our test vehicle, the 2000 Hummer four-door soft-top, I was taking a serious look at my resources to see whether, just maybe, I could swing one. My wife wouldn’t go for the second-mortgage-on-the-house idea, though, and neither would she consider shifting the teen-ager’s college fund to a more practical purpose, such as a downpayment on a brand-new Hummer, which costs almost as much as our house did.

Oh, well — maybe later, after I win the lottery or something.

For now, I’ll just tell you about the experience and keep on dreaming.

Yes, it is the ultimate off-road vehicle, and except for its extraordinary width, the Hummer is the best thing I’ve found yet to take into the backcountry of America. The 72-inch-wide track is a big limitation for some of my favorite off-road routes, such as the Rubicon Trail in Northern California’s Sierra Nevada mountains or The Squeeze on the Pinyon Mountain Trail in Southern California’s Anza-Borrego Desert State Park.

But there are plenty of places it will go, and there’s not much terrain that can stop it — mountains, desert or swamp.

The width also makes the vehicle a bit of a challenge to drive on narrow city streets, but most other drivers quickly move out of the way when they see the Hummer coming. It’s the perfect urban assault vehicle for rush-hour traffic.

Just what is a Hummer? For those of you who don’t know — and I ran into a bunch of you during my week with the Hummer — this is the civilian version of the Humvee, the vehicle that began taking the place of the jeep in the U.S. armed forces in the mid-1980s.

AM General Corp., once a part of now-defunct American Motors, traces its roots back to the original Army jeep of World War II. In the early ’80s, the company designed the Humvee — that’s short for “high-mobility multipurpose wheeled vehicle — and won a contract to make the vehicles for the U.S. military. There are about 155,000 of them in use worldwide, and they were stars of Operation Desert Storm.

The civilian model owes its existence in part to Schwarzenegger. While on location in Oregon shooting the movie Kindergarten Cop, he saw a convoy of Army Humvees driving along Interstate 5.

Intrigued, he asked what they were, and began trying to find out how he could get one. At that time, the vehicles were built only for the military and were not sold to individual buyers. But with Schwarzenegger’s persuasion and the great publicity the vehicles got during Desert Storm, AM General decided to develop a civilian version. The first one, of course, was delivered to Arnold, in July 1992, and the macho man has been building his own fleet ever since.

There are some unique features. The vehicle can be driven through water up to 30 inches deep (60 inches for the military versions), it was designed to be dropped by parachute and lifted by helicopter (and even the civilian model has helicopter lift-hooks), and it can go downhill at a 45-degree angle. It has 16 inches of ground clearance — double that of the average sport-utility vehicle — and it has a remarkable approach angle of up to 72 degrees and departure angle of 37.5 degrees, great for dropping down a steep hill into a flat creek, then climbing out the other side.

The Hummer comes with Goodyear off-road tires that are 3 feet tall and has a steel-box frame with five heavy-duty cross members for rugged support. The bonded and riveted aluminum-alloy body is built more like an aircraft fuselage than a truck. It can carry up to 4,000 pounds of people and cargo.

The four-wheel independent suspension is outstanding for off-road use, allowing each wheel to find its own spot on very uneven terrain. On the road, the ride is at least as good as that f most full-size pickups.

All Hummers for 2000 are powered by a General Motors 6.5-liter turbodiesel engine rated at 195 horsepower and 430 foot-pounds of torque. They come with full-time four-wheel drive, a heavy-duty four-speed automatic transmission, a two-speed transfer case for low-gear operation off-road, and a combination traction-control/antilock braking system.

They’re not fast, but they’re no slouches, either. Top speed is about 85 mph, and it takes about 12 seconds to go from zero to 60 mph. But there is lots of low-speed power for hill-climbing and towing, and the vehicle has plenty of power for highway driving.

The interior has a lot of wasted room, thanks to the engine, transmission and transfer case taking up a huge area right down the middle of the passenger compartment. Our vehicle had four seats, all on the outside corners, with a huge table-like area between the seats. Off road, someone can sit in this area, although not very comfortably.

Even with the interior size limitations, there are creature comforts not found in the military version. Standard are air-conditioning, inboard-mounted four-wheel disc brakes, power steering, tinted glass, power windows and door locks with remote locking/unlocking, and even cupholders and grab handles (for easier entry and exit).

Getting into the vehicle is a challenge for people in skirts; it’s a bit of a climb up. But the bucket seats are comfortable, and they are fully adjustable.

Our candy-apple red test model came with several extras that ran the total sticker price up to $89,936, including transportation. Included were the deluxe gray interior ($684), a special package ($8,381) with cruise control, central tire inflation system, run-flat tires, power mirrors, trailer-towing equipment, a front brush guard, and driveline protection underneath. The heated windshield was $667, and an automatic-dimming rearview mirror tacked on $349.

The central tire inflation system allows the driver to inflate or deflate all four tires, or just the front or rear tires, by pushing buttons on the instrument panel. This is invaluable for off-roading, where it is often necessary to lower tire pressures to below 20 pounds to get through mud or sand.

Fuel economy seems to be rather dismal, although the manufacturer did not provide any ratings (as a big truck, no EPA ratings are required). But I got the feeling that you could almost calculate the fuel usage in gallons per mile than miles per gallon. Well, not really, but mileage is probably less than 10 mpg. There are two tanks, though — a 25-gallon main and a 17-gallon reserve. The driver can switch between them with the push of a button on the instrument panel.

For mo re Hummer info and to see some cool video clips of its off-road capabilities, go to http://www.hummer.com on the Internet.

HIGHLIGHTS: Way cool! The civilian version of the military Humvee is an awesome off-road performer and a credible highway machine, with lots of power, fairly decent on-road handling and a ride similar to that of a full-size pickup.

PRICE AS TESTED: $89,936, including transportation.

ON THE ROAD RATING: A.

Nice looking car, test drove nicely but I just couldnt see it as a daily driver. The gas and functionality is a factor. Still wouldn't mind owning 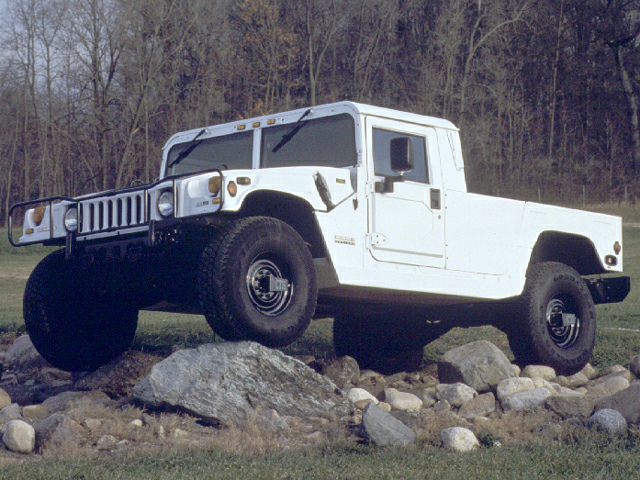 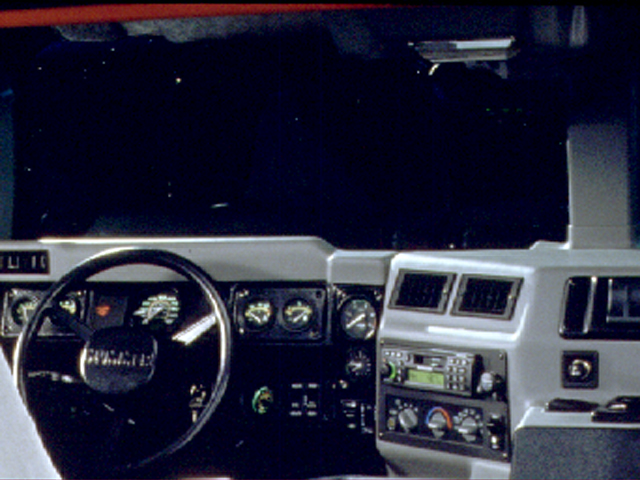