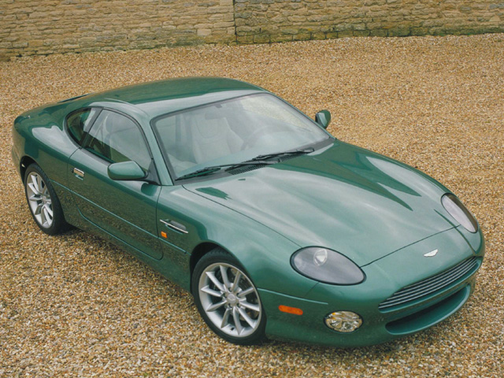 And as for that martini – shaken, not stirred.

Behind the wheel of a 2002 Aston Martin DB7 Vantage, I did not feel like James Bond, who introduced the English sports cars to the great unwashed in the 1964 film Goldfinger. That car was an Aston Martin DB5, with machine guns up front, an oil slick dispenser in back, ejector seats in the middle.

I would, however, have required several martinis – shaken, stirred, whatever – had I scratched up the DB7 Vantage, which lists for, including the $350 lamb’s wool floor mats, $156,285. The car seemed slightly resentful, eventually showing it by refusing to unlock unless I used the odd-shaped key.

Understandable. It was not used to being parked outside, while the pickup truck got the garage. Frogs crawled under the hood. Frogs! I’m lucky it did not self-destruct in a cloud of Aviemore Blue paint. Or Aysgarth Blue, or Balintyre Blue, or Antrim Blue, or whichever color it was. I am pretty sure it was blue. Or green.

Anyway, such details do not matter when you roll down the window, snick the six-speed manual transmission into first gear, and apply expensive pressure to the accelerator. The 6.0-liter, 420-horsepower V-12 engine just wails, an unbridled sound as sweet as a Ferrari, as seductive as Ursula Andress or Britt Ekland or whoever is sharing a bubble bath with Bond. In the next film, it’s Halle Berry, who drives a coral-colored Ford Thunderbird. Berry plays Jinx in Die Another Day, opening Nov. 22. Pierce Brosnan is once again Bond, and he will drive a $230,000 Aston Martin Vanquish, which makes my little Vantage seem like an amusing hood ornament.

All this exposure is good news for tiny Aston Martin, which seems to be thriving since it was absorbed by Ford. It is, after all, the fastest-growing car company in the U.S., with a 62.8 percent rise in sales during the first six months of 2002. Of course, this being Aston Martin, that means the company has sold 293 cars through June, compared with 180 for the same period last year. In June, Ford sold about 100 pickup trucks an hour. Every hour.

The basic Vantage has been around for six years, now, and the styling is wearing well. Some think it looks like a Jaguar XK8, but side by side, the difference is substantial. The Vanquish is new for 2002, though, and Ford has confirmed that there is a “baby Aston” in the works, which would likely sell for about $100,000. Expect it by 2005.

Inside our DB7, as you would suspect, the leather is luscious, the wood perfect, the lamb’s wool mats – woolly. Oddly, unhook the mats to clean them, and there’s just unpainted car body underneath. Jarring. But I suppose not to servants, who would normally handle such tasks, and who were unfortunately indisposed when I needed to shake out the crumbs from a particularly explosive Cheesy Gordita Crunch.

The DB7 is technically a four-passenger car, but the rear seats are so abbreviated that they seem a waste of Connolly leather. The trun k is large enough for a set or two of Pings. (Those are fine, costly golf clubs. I am free-associating now.)

The DB7 Vantage is pretty much a vice-less supercar, capable of extended, and very comfortable, highway touring; spirited and rewarding performance on winding roads; and complaint-free shuttling around town. On the test car, the clutch was pretty stiff – in an extended stop-and-go traffic jam, it would have given the left leg a workout. An automatic transmission is available for an extra $5,030.

The DB7’s base price is $146,350, but some options, such as an upgraded Becker sound system, a navigation system and drilled aluminum foot pedals raised the price to $156,285. Is it worth it? I have no idea. But nearly 300 people thought an Aston was a good buy in the first six months of 2002, and I am not about to argue with good taste.

Its the best DB James Bond Car (after the DB 5)

Its the best DB James Boind Car (after the DB 5)

Its a great to drive to work or take the Wife out for Dinner .. Or you drive to any car show and always get great looks form others without 300,000 Dollar Super Car

July 2, 2017
By Jlang from Acworth, Georgia
Owns this car

I've owned several of these cars over the past 15 years. They are the most reliable Aston Martin's ever made!!! Maintenance is cheap compared of other exotics and they can be driven everyday! I've never had any issues whatsoever with the DB7 platform! I would HIGHLY recommend purchasing one before they shoot up in price!!!!

All model years for the Aston Martin DB7 Vantage 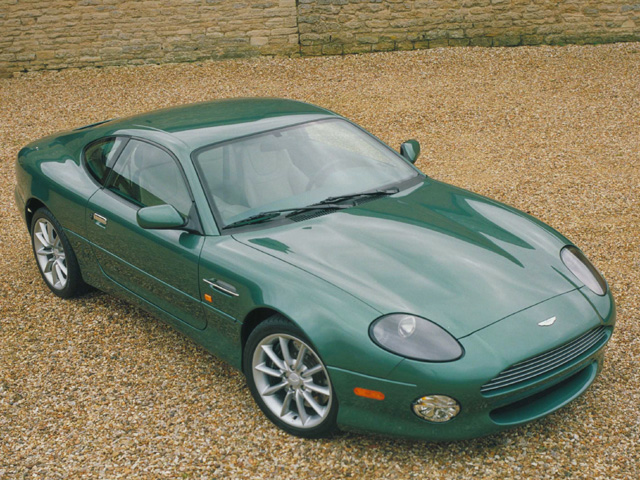