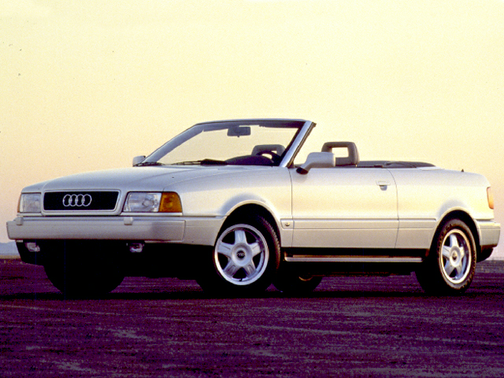 Our 1994 Audi Cabriolet trim comparison will help you decide.

Do you like to drive a car no one else has? Do you think it would be nice if you rarely, if ever, saw another car quite like yours?

If so, you might want to tool on down to your local Audi dealer and take a look at the new Audi Cabriolet – if there’s one available. (A recent check at Contemporary Cars in Maitland – the Orlando area’s only Audi dealer – turned up just two in inventory.)

Just 1,360 of the limited-production Cabriolets will be imported in 1994, according to Audi spokesman Pat Fitzgerald. That means if you buy or lease this car, you likely won’t see another Audi convertible parked next to yours at the country club.

It also means you’ll be the owner of an extremely well-built, well-equipped and enjoyable luxury convertible.

Audi’s 2.8-liter, 172-horsepower V-6 engine – the only powerplant available in the Cabriolet – is every bit as smooth and quiet as a Lexus engine, which is the benchmark of the industry.

In normal driving, the overhead cam, 24-valve engine is whisper-quiet. But if you rev it to about 4,800 rpm, you’ll hear a pleasing turbine-like whoosh coming from the camshafts. It’s a pleasing sound that is music to the ears of those who appreciate state-of-the-art engineering.

Audi builds the Cabriolet with a four-speed automatic transmission. No manual gearbox is available. The automatic can be switched from normal to sport modes by pressing a button on the wood-lined console.

In the sport mode, the shifts are delayed slightly to allow the engine to rev faster before shifting. This is supposed to result in quicker acceleration, but it seemed to make little difference.

Unless you press the accelerator to the floor, it is difficult to notice the difference in the timing of the shifts.

As for performance, the front-wheel-drive Cabriolet is not particularly fast from a stop. As with many German cars, this one performs better at high speeds. From speeds of 40 mph and higher, the Cabriolet flies. Below that, performance is about average for a six-cylinder car.

Most convertibles are heavier than the two-door coupes from which they are derived. Without a roof, the car’s body has to be reinforced with an array of special braces and structural improvements. This is done for safety as well as performance.

You can usually tell how well a manufacturer beefs up the car’s frame by how much the body shakes and rattles when you drive over rough bumps.

Audi’s engineers did a superb job of reinforcing the Cabriolet’s body structure. I repeatedly drove over a bumpy railroad crossing in Seminole County with the top both up and down. The cowl – the area near the base of the windshield – did not shake, as it might on an inexpensive convertible. And their were no squeaks or rattles.

Thiscar is one of the tightest convertibles I can recall driving.

The Cabriolet weighs 3,494 pounds, while the Audi 90 coupe on which it is based weighs 3,197 pounds. But the extra weight does not mean the Cabriolet handles poorly.

In fact, the car has a Grand Touring demeanor, meaning that the suspension isolates the passengers from bumps and road noise while delivering a sporty ride.

The cloth top fits so tightly on the Cabriolet that when you slam one of the doors you can hear the top reverberate exactly as if you thumped your finger on a drum.

There are no wind or water leaks. The Cabriolet is as quiet to drive with the top up as a coupe. That’s an impressive achievement.

Once you get situated, the top is as simple as they come. Twist a lever in t he center of the windshield area and it pops up. Press a button and the top automatically folds into its storage compartment, just like a $100,000 Mercedes-Benz.

One bothersome aspect of raising and lowering the top is the rigmarole you have to go through. The car has to be in park or neutral with the key in the on position. The trunk has to be closed and locked. And the emergency brake must be on. Only then can you operate the power top.

The Cabriolet is outfitted with dual air bags and beefed up side-impact protection.

And yet for all its noteworthy features, I can’t say I really fell in love with this car.

For one thing, I could not get truly comfortable in it. There was nothing to rest my right arm on as I drove. There is no armrest between the seats, so I was constantly looking for someplace to put my arm.

Despite numerous attempts, I could not adjust the seats to a position where I felt that I was properly situated. It’s as if the pedal assembly is too close to the dash area, keeping you from stretching your legs to a comfortable driving position.

Numerousthings, such as the radio that turns off with the ignition, and a finicky shift lever, made driving the Cabriolet a bit bothersome.

The Cabriolet does have rear seats, but they are next to useless. An adult would have to scrunch up and sit sideways to be even moderately comfortable.

Perhaps those minor nuisances are the price one pays for driving something different.

Truett’s tip: Audi’s new convertible is an exceptionally smooth, quiet and elegant luxury car. It might appeal to those few drivers who don’t mind spending a lot of money in order to drive something a little different.

All model years for the Audi Cabriolet 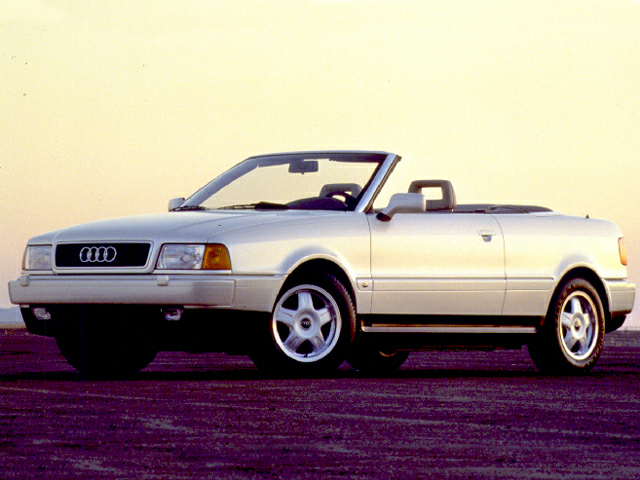