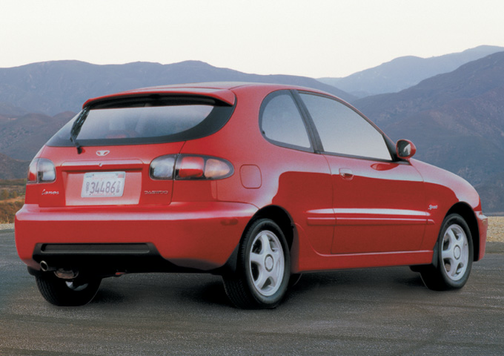 Our 2001 Daewoo Lanos trim comparison will help you decide.

Vehicle Overview
The front-drive Lanos is the smallest model in Daewoos three-car U.S. lineup, and for 2001 it has a revised roster.

The SE two-door hatchback is gone, replaced by a new Sport model with standard red leather seats and interior trim; air conditioning; power windows, locks and mirrors; and a stereo with cassette and CD players. The SX sedan also has disappeared, leaving the S as the only four-door model. The S hatchback model returns from last year, and both body styles have new rear styling.

Daewoo is based in Korea, and a For Sale sign remains in front of the companys headquarters. Ford was in line to buy the financially strapped Korean company but withdrew its bid in September.

Interior
Hatchback or sedan, Daewoo says the Lanos holds five passengers, though that seems a stretch given the modest size of these cars. The trunk on both holds 8.8 cubic feet, and the split rear seatback folds for additional cargo space. All models have a standard cassette player.

Under the Hood
All models have a 1.6-liter four-cylinder engine with 105 horsepower. A five-speed manual transmission is standard, and a four-speed automatic is optional.

It is small but comfortable I'm 6h' 3"and I drove it comfortably, great gas mileage, drove from Reno to Portland and back several times tan grea i likike this car and would kerp but after it stopped and the mechanic charged me and dudnt fix it my heath doesn't leave me time or ability to mess with it any more.

Not a Civic or Corolla but still decent

My Lanos is definitely okay. I bought it new and it's been reliable and hasn't been too much trouble but I have had to replace parts I've never had to replace in any other car I've ever owned. (wheel bearing, tie rod end, stablizer bar link, a/c condensor) All this by 60k, I've had other cars go 200k without these parts being changed. Since everyone says these cars need timing belt changed, i had it and water pump done at 60k. This is a problem because apparently it's very hard to do. The mechanic had car for a long time, and it took about four tries until they got it right. Now I'm still not sure it's done right... so I kind of wish I bought a car with a timing chain, not a belt. The thermostat housing is made of plastic so they break and leave you stranded. Very poor design! Now I carry a spare. The Lanos handles okay, is easy to park and I LOVE a hatchback! I picked up our new dishwasher in the Lanos, and I've had my bike back there many times. Personally I think the gas mileage is very dissapointing for such a small car! There's also a very poor range, maybe 200 to 250 miles before i have to fill it again. Our other car (Honda Civic) gets MUCH MUCH better mileage, maybe 10-12 miles more PER GALLON. Plus the Civic gets almost 500 miles out of a tank, but it holds two gallons more than the Lanos. My inlaws borrowed it for a while when their car was broken and they said they were very impressed. So all in all, it's no Honda but it's definitely okay!

I have had this car for about 2 years now i never thought i would ever drive a hatchback. but i cant complain the car is a little bit on the small side but i love it..its a very cute and trustworthy car..i have never had any serious problem with the car..i have had to replace the timing belt @ 80.000 miles a new water pump and a couple seals or what not..always had oil, trani oil changes done on time..i must say i am very impressed with this little car it has plenty of power for a tiny lil thing. goes 0-60 in about 7 sec i have done some work to the motor but if u ever get a deawoo u will be happy with your choice..GO DEAWOOOOOO!!!!!:) 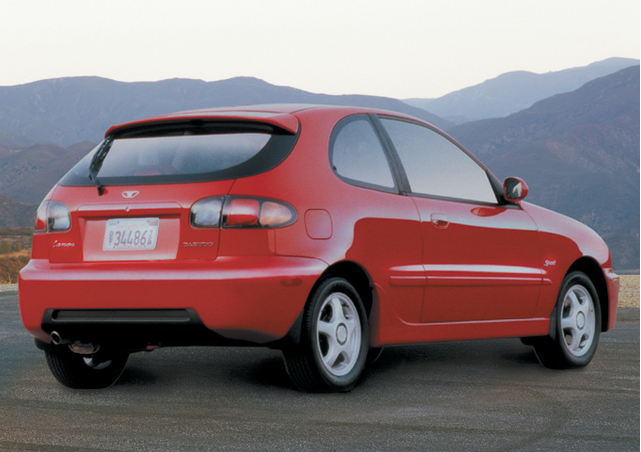 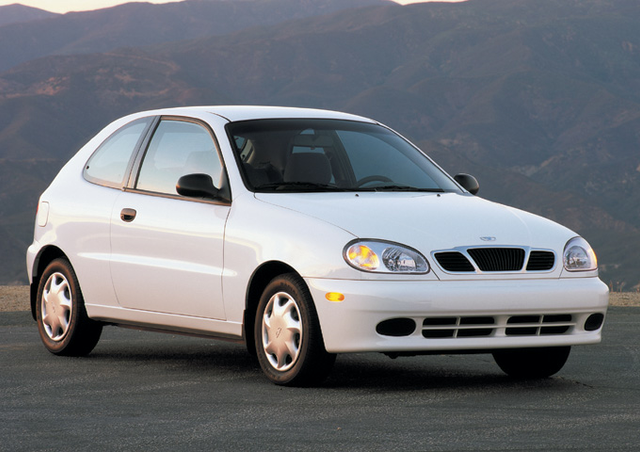 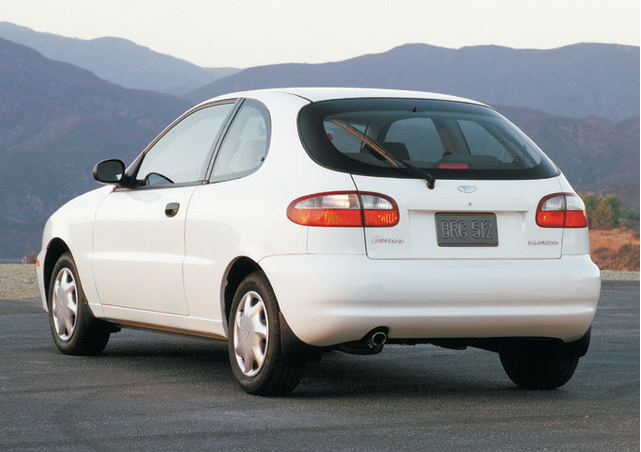 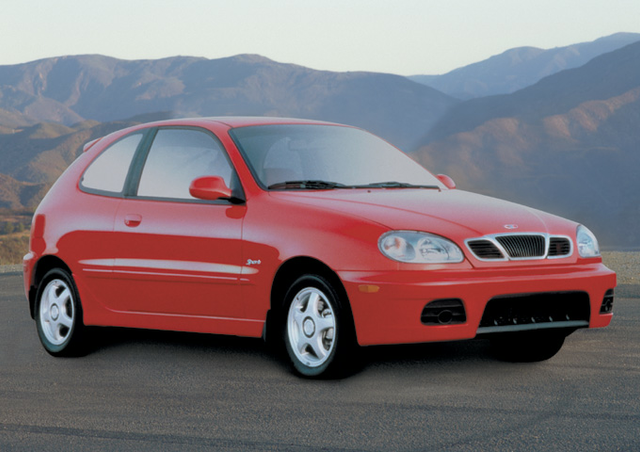 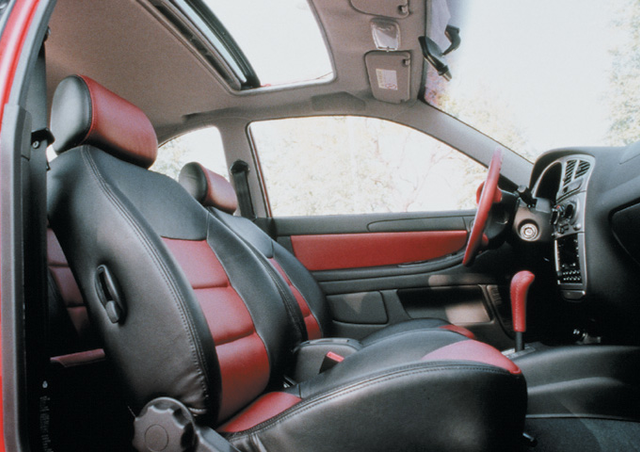 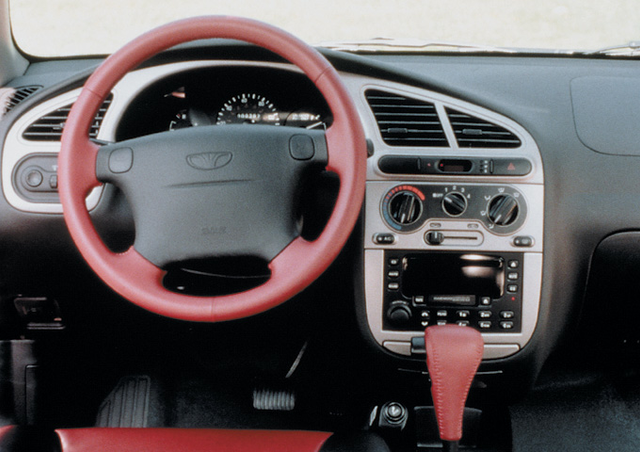