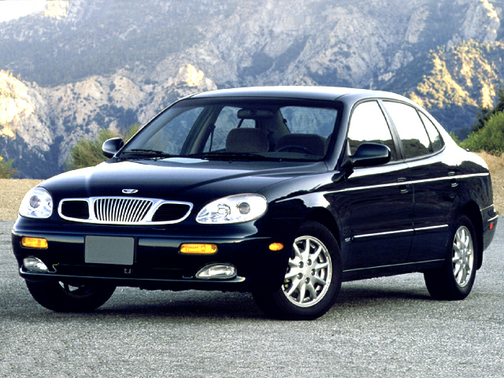 Our 2000 Daewoo Leganza trim comparison will help you decide.

The first lady says it takes a village to raise a child. If she were writing about cars, she might say it takes an entire planet to create a Korean car. The 2000 Daewoo Leganza CDX, a top-of-the-line family sedan from Korea with a base price of $18,660, has some interesting global influences.

The Leganza, which debuted a year ago, gets its looks and its name from the Italians. Its basic engineering was developed under a German technical director. Daewoo offers three-year, 24-hour roadside assistance, typical of many American makes. And the Leganza’s value – its out-the-door price undercuts most mid-size competitors – reminds us of the Japanese when they first hit the U.S. market in a big way in the `70s. The lesson after driving the Leganza is this: We’d better start taking the Korean automakers more seriously. They’re not fooling around.

He: Wow, I think this is a first – a test drive that mentions buffalo wings. I haven’t seen that yet on Iron Chef. Culinary references aside, I know we both were impressed with the Leganza – three out of four stars impressed. But we noticed imperfections like the fact that the turn signal lever on our Korean test car didn’t always automatically click back into place, especially following left turns. You had to click it back by hand. It’s little stuff like that which makes me think that, while the Koreans have made tons of progress, they’ve still got a way to go to meet Japanese and American standards, and I’m thinking specifically of Toyota and Honda.

She: But some families may rave about the Leganza’s value. Our fully loaded test car ended up with a sticker of $19,065. The car had everything from anti-lock brakes and traction control to a power moonroof and leather seats. Carpeted floor mats at $75 were our only option. But the base price on the cheapest version of the Leganza with a manual transmission is $13,660. That undercuts the cheapest Honda Accord by $1,600 and the least-expensive Toyota Camry by $3,800. In other critical areas for families, such as fuel economy, the three cars are virtually the same, getting about 21 in the city and 28 on the highway. The Leganza has slightly more passenger volume than Camry, but is the smallest of the three in terms of wheelbase, which reflects roominess and ride quality.

He: In other words, many families may want to put the Leganza on their shopping list because it is competitive with the big boys. But be aware of the drawbacks of the car and the brand. In Korea right now, the government is auctioning off Daewoo because it’s essentially bankrupt. Here in the United States, there are limited Daewoo dealerships – only 200 in 42 states. On the product side, you can’t get anti-lock brakes on the cheaper Leganza SE. Unlike Accord, Camry and American-brand competitors like the Chevrolet Malibu, you can’t get an optional V-6 engine. In fact, the six-cylinder Malibu starts at under $17,000, which makes it a best buy on our shopping list. It also makes the Chevy a superior value to the Daewoo, which is why I only gave the Leganza three stars.

She: But you have to admit the Leganza has more style than a Malibu. And Daewoo tweaked the sedan a little bit in its sophomore year to improve its looks. It enlarged the signature chrome grille and restyled the alloy wheels on the CDX edition. I thought the Leganza was strikingly pretty for a family sedan. Italian designer Giorgetto Guigiaro created the Leganza. He’s designed vehicles for Ferrari and Lamborghini, among others. And don’t you also have some great neckties of his?

He: I actually prefer Jerry Garcia, but that’s beside the point. Getting back to the Leganza, I took it on a day-long business trip which required six hours of driving. I found it to be quiet and comfortable, with pretty decent handling, if somewhat underpowered. I was mildly disappointed that you can’t get side airbags on the Leganza. That oversight might turn off some buyers.

She: B the price may turn some on. I’m anxious to watch the Koreans continue to improve their products in the coming years.

12-month insurance cost, according to AAA Michigan: $990 (Estimate. Rates may be higher or lower, depending on coverage and driving record.)

It is good size and economy car, has plenty of legroom in front, has more then adequate power to keep up at highway driving, over all it is good reliable car to provide what it was intended for.

The best car I ever own

March 14, 2014
By Kendall love her daewoo from Miami, fla
Owns this car

Although it's not so common car it's the best car I ever have like one of kind car that must say save on gas very durable. I wish the company didn't go bankrupt two they could produce more of it like an svu kind 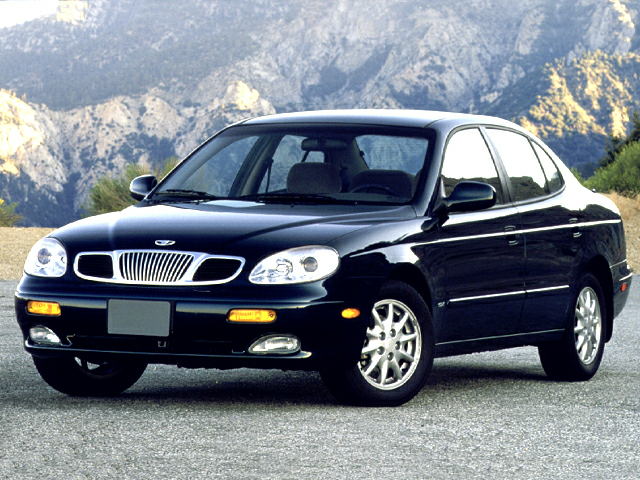 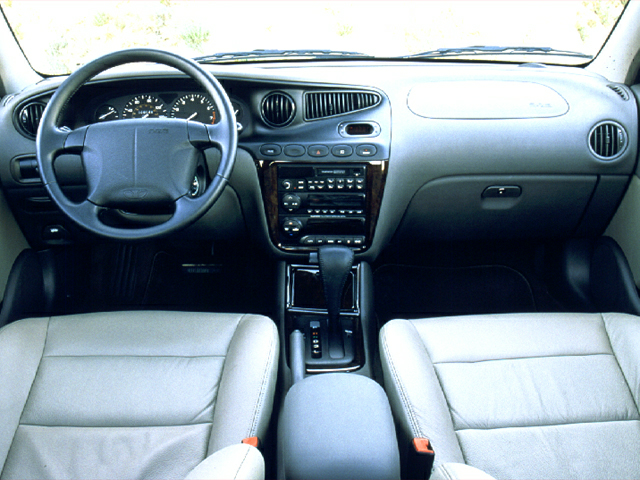