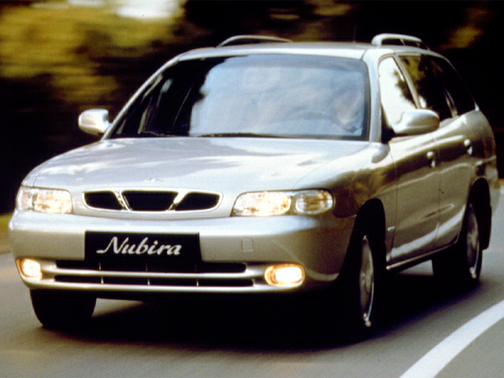 Our 1999 Daewoo Nubira trim comparison will help you decide.

Should it be pointed out, yet again, that the U.S. auto industry has been down this road before with the Europeans and the Japanese?

Should we wait for American consumers to discover on their own that the Koreans now turn out some fine little cars at attractive prices — small cars that compete well against the best offered by America, Europe and Japan?

Is anyone getting the message?

Knock, knock. Who’s there? The competition.

And it is not represented by the United Auto Workers union. It is not headquartered in Detroit, Dearborn, Auburn Hills or any other town in the Automotive Kingdom of Michigan. Hmph, it doesn’t even think much of the traditional way we buy and sell cars in America. It wants to start a whole new game selling high-quality, fuel-efficient, reasonably attractive, common-sense cars directly to the American public at common-sense prices.

It is the Daewoo Group. Say “die-woo,” as in, if it succeeds in wooing the American public, some rival’s market share is going to die.

Daewoo is not Hyundai, nor is it Kia — two South Korean automakers that entered the U.S. market in the late 1980s and early 1990s with skimpy products that allowed U.S. and Japanese competitors to laugh them off.

Forget that Hyundai has greatly improved its act and that Kia, though now struggling, has the potential to do the same.

Daewoo, through Daewoo Motor America, its U.S. sales arm in Compton, Calif., is quite different.

Daewoo is patient, hiring the famous marketing research firm of J.D. Power and Associates to do exhaustive studies of the American auto market before introducing three new cars in this country, scheduled to go on sale in the fall.

It is smart. I’ve driven all three cars, the entry-level Lanos, mid-level Nubira and luxury Leganza. Judging from that initial evidence, Daewoo clearly understands that its products must make a stunning first impression. They did. I’ve reported on the little Lanos. This column will examine the compact Nubira. In a word, it’s a winner.

Some of you out there, instead of getting the message, have responded with vitriol, wondering why a good ol’ American auto writer is giving so much ink to the Koreans. Some of you have suggested that my focus is unpatriotic, and have groused about the effect on American jobs.

My response is simple: Get real.

Your jobs are only as secure as the acceptability of your products, your prices and your service. The early evidence is that Daewoo understands that. Do you?

While you’re pondering that question, you might want to consider a few details about the car that is my latest reason for raising it — the Nubira, a front-wheel-drive sedan that seats five people, four of them comfortably.

In Korean, the car’s name means “to go everywhere.” It is an apt moniker. The Nubira is like a favorite pair of jeans or tennis shoes, a favorite sweater, something you wear with affection because it’s easy, relaxing and suitable for a variety of occasions.

The Nubira has the advantage of also being genuinely cute (which is not something I can say about the ugly but cuddly Lanos).

The Nubira’s interior offers something that all automakers, particularly makers of economy cars, can learn from. There is nothing cheap or tacky about it. The dashboard vinyl is supple, pleasant to feel and see. The interior door panels are well fitted, with lines and creases again flowing precisely into one another, giving the visual impression that the car’s designers and assembly workers really cared about what they were doing. The overall feel is snug.

The car can be had with a five-speed manual transmission or an electronically controlled four -speed auto matic. Power four-wheel disc brakes with antilock backup are standard. There is a four-wheel independent suspension system, rack-and-pinion steering, and wonderfully wide and grippy 15-inch-diameter radial tires — all standard.

Knock, knock. Who’s there? The competition.

Complaints: The engine is more than adequate, but it’s buzzy in the 65-mph range.

Praise: One of the best economy cars available.

Head-turning quotient: Cute, the way a small car ought to be.

How sold: Daewoo will challenge the traditional dealership structure by offering its cars directly to the public through factory-run stores, 14 of which are scheduled to begin operating in the United States in the fall. The company also plans to market its cars on college campuses, using collegiate sales representatives.

October 10, 2015
By Crackhead from Tulsa OK
Owns this car

This thing FLIES! its like a rocket ship,the build quality is like a hand made exotic...0 to 60 in less than 30 seconds,and the plastic cupholder in the door is spot on...AM radio never sounded so good,that 6x9 in dash speaker has BOSE scratchin heads??The heat that seeps from under the car into the cockpit is more than enough to heat the seats,and no switches to fiddle with...oil changes are pointless because of the "add oil daily" feature .always new oil running thru this powerhouse motor.Cadillac CTS? no thanks,update your AAA membership before long trips and you will always make it!!....

Dey go Woo when I drive by

November 29, 2011
By Nubrian Princess from A Computer
Owns this car

Jam a couple wings on this mother and it will take off, I am certain. Fast like a ferrari, steathly like a hyundai. I'm always pulling up next to Z06 Vettes and blowing their doors off. This sleeper is eager to please at every turn too. Drives like it's on rails on a factory setup. I track it whenever I get a chance. If you are looking for a rocketship, you've found it.

April 3, 2011
By carman from indianapolis
Owns this car

these cars are dependable thay drive good with lots of power even for a 4 cly and drive and handly grate mine has 190000 and it is runing strong and the best part is thay are good on gas. 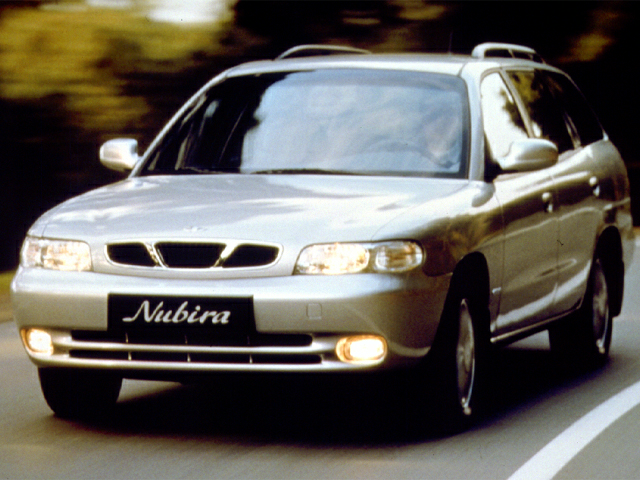