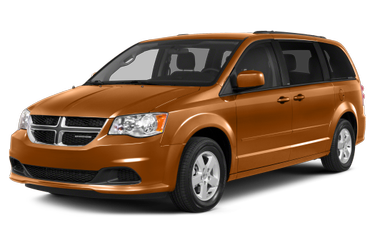 Great value. Design and quality of vehicle exceeds my expectations. Could use more leg room. Recommend all windows being able to be opened. Enlarge rear storage compartment.

April 17, 2021
By Johnboy from London Ontario
Owns this car

Radio quits due to inferior quality same problem with caravans for years. Chrysler has done nothing about it. Have a 1963 Chevy and 1959 Pontiac original radios still work in them.

March 25, 2021
By Veronica Martinez from Racine,Wi
Owns this car

This van is perfect for my family I have a big family. I can fit them plus have leg room and be comfortable. It’s very reliable and I don’t have to worry about any problems.

March 3, 2021
By Manney from MENOMONEE FLS, wi
Owns this car

I am really liking my new car. It is a great upgrade from my last van. It has everything I was looking for and more! Will keep buying Van's in my lifetime. The boys love it too. Very comfortable for all of us, very clean interior as well. Very happy so far.

like all the features especially power tailgate and power sliding doors . a great feature for elderly makes so much easier to load and unload groceries etc

October 3, 2020
By Grand Caravan fan from Mansfield
Owns this car

The model I purchased is an R/T. I am a single man without children but wanted something that had great flexibility in seating/hauling capacity. I did not a vehicle that looked "soccer parent". This vehicle fits the bill. From the blacked-out chrome to the stylish wheels, it actually looks sporty. I love it and will probably hang on to it for several years.

Great value for the price in a minivan

July 17, 2020
By Stoddard Couple from Stoddard, WI
Owns this car

This vehicle is very versatile. Brings to the table a good capacity to serve as a "utility" vehicle for hauling large items, etc while providing excellent comfort for passengers on road trips as well. Very practical for winter driving in rural area, with good ground clearance and exceptional front-wheel drive traction, particularly when fitted with true snow tires.

Best car I have had for vacation

I needed the R/T model as I carry a 300# handicap scooter in the rear and it is the only model offering the “sport” suspension which includes beefed up components. I purchased the OEM trailer hitch option which includes automatic leveling of the vehicle regardless of load—see scooter above. The R/T trim level provides no performance improvements but does offer much improved interior trim. They provide lots of black and silver accents and red stitching to the generous provision of leather surfaces on which you sit or touch. The mood lighting in the ceiling is sort of sexy. I fully appreciate all of the power doors and rear hatch as the make handling the aforementioned scooter much easier. (I had a Pride Industries “BACKPACKER” lift installed in the rear that eliminates the rear seat. That seat is still installed allowing some future buyer to return the car to its original configuration. When planning our purchase we researched Nissan, Kia, Honda, and Toyota offerings in addition to the Dodge. Each of those offerings, when similarly fully loaded with options, costed out nearly $10,000 more than our $31,000 year end purchase price. Hard bargaining and several walkouts gave us a bang for the buck buy that was better than our wildest hopes. 30,000 miles later we remain delighted with our decision. We have towed a 3200# trailer up and down California and through Arizona and New Mexico in summer heat without a single problem. I would not recommend any model other than the R/T as it has things unVailable in any of them. It’s instantly recognizable on the outside and has resulted in numerous unsolicited comments praising its look. Great product Dodge. I’ve driven the new Chrysler PAcifica and wouldn’t switch.

I bought this car in an emergency situation because it was advertised as a 0% financing deal. I settled for no extras and paid way over my budget and way over the advertised price. I erroneously believed a new car would be more reliable than a used one. For the first 114,000 miles this car was a literal lifesaver. The most comfortable vehicle ever - like driving sitting in an easy chair- wonderful ability to haul stuff ( stow and go seats are a dream!) and people alike. I loved my car. I kept up with all routine maintenance and checked out every noise or vibration as soon as it happened. Then at 114,000 miles the wheels came off... literally. I had a fly by night warranty company who refused to honor the contract to fix the wheel as I’d reported the sound 4 days prior to the30 day wait period. I kept them foolishly, when a few miles later the check engine light went on. Misfire cylinder 2 - they didn’t honor that claim either after I twice fixed the problem paying almost $3000 for the equivalent of changing a spark plug. When I was cancelled for an old Uber sticker (I had driven a TOTAL of 77 miles for Uber 3 years earlier), I appealed to Chrysler corporation stating that I had borrowed an old Ford to do my car’s job during the busy Christmas season. For an additional $350, the dealership I got the car from finally had the thing back to me in mid-February. I was not given a rental car at that time. I then purchased the MOPAR warranty with a $200 deductible from Chrysler to head off any more problems. This added to my already overextended budget. The day the policy arrived in the mail - my transmission left me rolling backwards down a hill with no locomotion and no warning ( I would’ve definitely died if this had happened five miles sooner as I was passing a semi truck on the highway.) as a “covered” repair - tho not under the recall published for the same problem in later models of the 2015 Grand Caravan - I was able to procure a rental vehicle for the week it took for MOPAR to come out and look at it - borrowing the same old Ford for the other week they didn’t cover. The vehicle I got was a huge ram pick up into and out of which I was expected to get my 92 year old mother so as to attend a funeral. When the dealer finally finished up I’d been back driving the Ford for three additional days as the coverage ran out on the rental ... after 3 1/2 weeks I got the van back - loaded it with a stove for my sister and then realized it was leaking transmission fluid all over my driveway. I called the dealership and incredibly - they blamed ME for damaging the new transmission!!!! That’s when I finally lost it. Yes, I had kept my cool til then. I suspect the tow truck driver who came to get the car while I was not at home, caused that damage as well as the cracked front bumper I just discovered yesterday. But wait - there’s more- after I told them in no uncertain terms that I would NOT submit a claim to my auto insurance, they took another 5 days ( I think) to get the car back to me during which time I drove the ford which I had not yet returned to my son. After treating me very rudely they finally told me to come and get the car ... but... when I backed out of the parking spot - there on their parking lot was a big puddle of transmission fluid!!!! Incredulous and angrier than I’ve been since I had a husband I pointed at the offending spot and screamed “What is THAT?! I followed the technician back into the store as she “reassured” me they would fix it ... again! I told every customer within earshot that they d to run not walk out of that dealership and never ever by a Chrysler product if they know what’s good for them. I was just loudly expounding on how their franchise should be revoked, when they miraculously found the money to get me immediately into a rental car which had been totally impossible in the earlier cases. I drove that car for three days after which my car was returned to me. It has been almost two months and so far so good. But I will NEVER buy another Dodge. I am underwater on this car financially but much worse is that it has spent more time in the shop than all my other cars combined. I am 65 and have driven almost 2 million miles. Other people rely on me- I need a car that I can rely on.