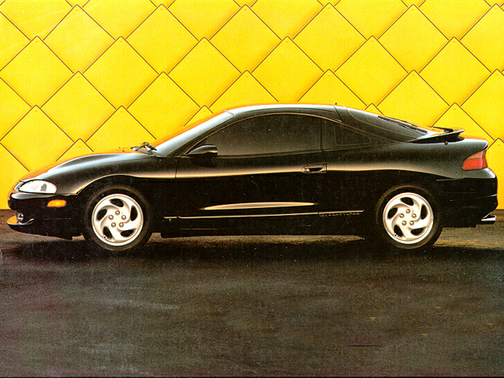 Our 1995 Eagle Talon trim comparison will help you decide.

IT WAS AN ooh-wow car, candy-apple red with black top and a hot,curved body. Sexy, sexy. Everything about it was sexy — and sassy. Sosassy, you had to deal with it or run from it, because there was nothing”maybe” about it, the 1995 Eagle Talon TSi AWD.

I dropped everything to drive it — dropped the yellower-than-naturalBMW M3 coupe, dropped the Nissan Maxima SX-SE, even dropped the newCorvette. This was a moment of pointed passion, and the Talon TSi AWDconsumed my focus. Such a pretty car! I couldn’t leave it alone.

I headed straight for Virginia’s Shenandoah Valley. Didn’t even thinktwice about it. Pretty car. Pretty day, all fresh and shiny aftermorning rain. The Valley was brilliant with greens, golds, and splashesof raspberry and lavender; and in the middle of a weekday in the middleof the week, the back roads were empty.

Hours passed before I was homeward bound. The Talon TSi AWD hadbehaved beautifully, turning in a delightful performance on smooth andpitted roads alike.

But the car’s skin was dusty. Its bright red body had taken on acordovan hue. Its 16-inch Goodyear tires, black rubber originallypolished to make a good impression upon delivery, were now scuffed andsoiled. This was intolerable. I took the Talon TSi AWD to a car wash,restored its loveliness, and later pulled into my driveway with feignednonchalance.

Background: The Eagle Talon, also sold as the Mitsubishi Eclipse andonce marketed as the Plymouth Laser, always was a hot car — a pocketrocket, mini-zoomer whose only excuse for being was to provide maximumfun at a relatively minimum price. This, the car did admirably. Thatmade it difficult to see how its parents, Mitsubishi and Chrysler, wouldimprove the thing. But improve it, they did.

Both the car’s exterior and interior have been revised radically. Afriendlier, more rounded instrument panel takes the place of the oddlyangled affair found in the 1994 car. The rounding of the exterior notonly improve’s the Talon/Eclipse’s looks, it also helps to reduce airdrag and increase fuel economy.

The Talon comes in three iterations: the ESi, TSi and topline TSi AWD(all-wheel drive). The ESi gets Chrysler’s 2-liter, 16-valve, inline,four-cylinder engine rated 140 horsepower at 6,000 rpm, with maximumtorque set at 131 foot-pounds at 4,800 rpm.

The TSi gets a turbocharged version of that engine rated 210horsepower at 6,000 rpm, with maximum torque set at 214 foot-pounds at3,000 rpm. Both horsepower and torque are slig htly lower when anautomatic transmission is linked to the engine.

Complaints: The options mix. I don’t see why an anti-lock systemisn’t offered as standard equipment on hot runners such as the Talon.It’s just plain silly not to offer power dual remote mirrors on the baseESi version.

Ride, acceleration and handling: Zip! Zip! Hooray! Zeeooww! Outtahere! Braking was excellent. Had to be. The test car was equipped withoptional anti-locks.

Mileage: About 27 to the gallon (15.8-gallon tank, estimated 410-milerange on usable volume of required premium unleaded), running mostlyhighway and driver only.

Definitely a Car i'd own again.

December 29, 2017
By TalonTSIJR from Okeechobee, Florida
Used to own this car

it was the perfect first car for me. i loved the car completely, from the way it looked and how it drive, to the sound and performance it had, it was all around just great. it did everything and had everything i wanted in a small sporty car.

Leased back when new. Had for too short a time. Loved it!!! Totaled on freeway. I was UN hurt car totaled. To this day id replace it, but this time awd. Mine wasnt front fwd only. Turbo hits same time as ice patch bad combo

One of the Best AWD coupes on the planet. Winter time driving with the right tires makes for fun driving experiences. Very quick turbo sport car. Also a great driver in sunny and rainy weather conditions

All model years for the Eagle Talon 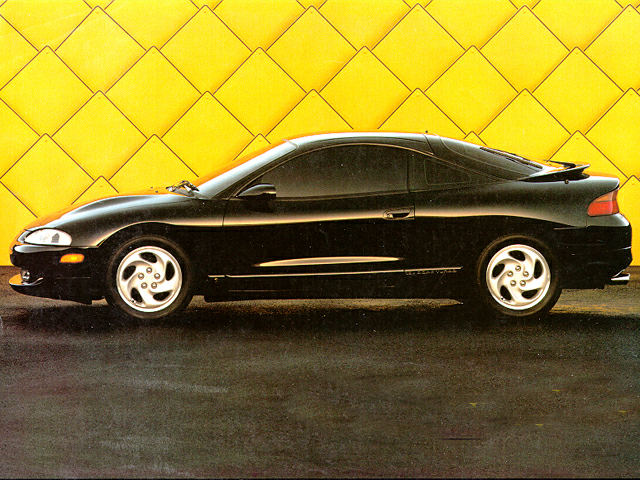