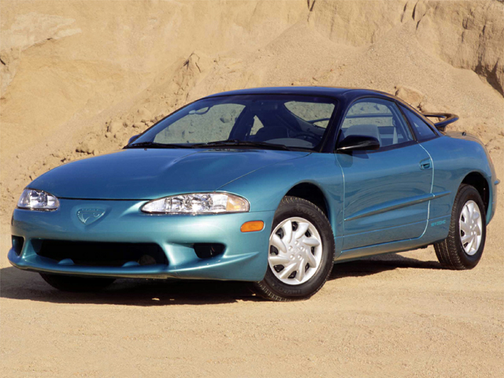 Our 1997 Eagle Talon trim comparison will help you decide.

The Eagle Talon is an overlooked car.

A small, sporty coupe, the Talon is the sister car to the Mitsubishi Eclipse. In fact, both cars roll off the same assembly line in Normal, Ill., in a joint production deal with Chrysler Corp.

But the Eclipse outsells the Talon. Last year, for example, nearly four times as many Eclipses were sold as Talons. The Eclipse outsold the Talon by a wide margin in 1995, too.

Still, the cars have the same expressive styling, the same 2+2 seating, and the same 2-liter, four-cylinder engine offerings. Their starting prices, including delivery charges, are nearly the same, too, around $14,600 for the base models.

So, what’s the problem?

First, the problem isn’t all Talon’s. The Eagle Division of Chrysler is struggling with its sales overall and has just two nameplates: Talon and the Vision sedan. That doesn’t begin to compare with the broader line of vehicles that buyers find at a Mitsubishi dealership — and that means there are more opportunities to expose buyers to the Eclipse.

Second, the Talon isn’t exactly getting a big advertising push. Even though it has been out seven model years, it isn’t a known name like the Ford Probe, the Chevrolet Camaro and Pontiac Firebird — all of which handily outsell the Talon.

And, it is in a shrinking market segment as more buyers opt for sport utilities or other modes of transport. The Probe, Camaro, Firebird, even the Ford Mustang, posted sales declines last year, too.

I felt it just walking up to the test Talon, with its bulging rear fenders and rear spoiler. Too bad the rear fender over the wheel on one side had a ding in it from where a car door evidently had hit. There is body side molding on the Talon to handle bumps from other car doors, but it does not extend over to this fender area.

The Eclipse doesn’t even have that body molding on the doors.

The test Talon was the top-of-the-line TSi with a 210-horsepower, turbo-charged engine. Mated to a five-speed manual, it ran to 80-miles-per-hour-plus before I knew it. In fact, I made my best time ever in a Sacramento-to-San Francisco roundtrip and thanked my lucky stars no cops were around to record it.

The ride was harsh, though. The Talon came down hard and loudly on uneven pavement, even some expansion cracks on the highway. At times, I felt my body vibrating as I traveled along.

Steering was instantly responsive, though, and the car stuck on curves and clung to the pavement as it scampered with ease up the San Francisco hills. The test car had all-wheel-drive — a feature not found on some of the other competing small sport coupes, though it is available on the Eclipse.

The Talon also had big, 17-inch performance tires. But antilock brakes are an option, even on the top model.

Inside, the Talon can be a snug fit, with a cockpit feel for the driver and narrowly scoured-out back seating for two that’s not particularly inviting for adults.

The Talon is a hatchback, w ith a big glass area over the cargo space that extends over the headline of the back passengers. The lower-most part of the glass on the test car distorted shapes behind me, so I couldn’t tell the kinds of cars following me.

When I tried to position myself higher in the seat to avoid this, I found the rear spoiler blocking some of my view. Neither position seemed optimal.

And unlike most cars today, the cargo area of the Talon has a high liftover.

In summary, the Talon offers many of the tradeoffs expected in a small sporty coupe. Too bad there are some that aren’t easily overlooked.

Car is in excellent condition, had a lot of work done to her to keep her up to date and running, very rare car and catches a lot of attention When driving, had a lot of fun while driving most definitely picks up when pushing the gas. If you're a car enthusiast this car is a classic

This car was a money pit from the day I bought it to the day I sold it. But I absolutely loved it when it ran. It has great power and has better exterior styling compared to the sister car, the Mitsubishi Eclipse. I won't buy again but an adventure and I have learned a lot.

January 27, 2010
By TurboRajin from Nashville, TN
Owns this car

So, just for you less gearheaded people out there. My title is a statement on the types of blocks these cars came with. First off, I'll mention reliability. As with ANY turbo car. Oil changes are MUCH more frequent due to blow by and the fact that the turbo is lubricated by the oil. Poor maintaining of 4G63 motors leads to a spun bearing/crank walk issues (7 bolt motors from 92 on). It's proven fact. Comfort, by far, these cars have a nicer interior to them than alot of the cars in their class. The AWD is especially nice, outfitted in leather seats usually. Handling, while not as competent around a track as a Integra GS-R. The additional power gained from the turbo is a nice ground leveling addition. The car should in stock trim put down consistent 14ish second passes on a 1/4 mile. Inside the car, you'll find a competent instrument cluster, readouts of Boost is displayed, oil levels, of course a thermostat gauge and your typical speedometer and tachometer. The all around fit and finish of these cars is considered the highest end for their era (economy class car wise). Nothing super nice, but a solid fit and a comfortable throw distance with the shifter make the car worth the initial sit down. Externally, this car is sharp. From the rounded shape of the body to the front fascia that just screams put a front mount intercooler in me. The car's initial intercooler is side-mounted and cheap gains can be made by relocating it to the front of the car. All in all, I prefer these cars for daily driving, it's a alot harder to maintain than your typical Honda/Acura. Yet the end result is a highly competent car with potential for many uses, be it daily applications or a 10 second 1/4 mile monster. The possibilities are endless.

All model years for the Eagle Talon 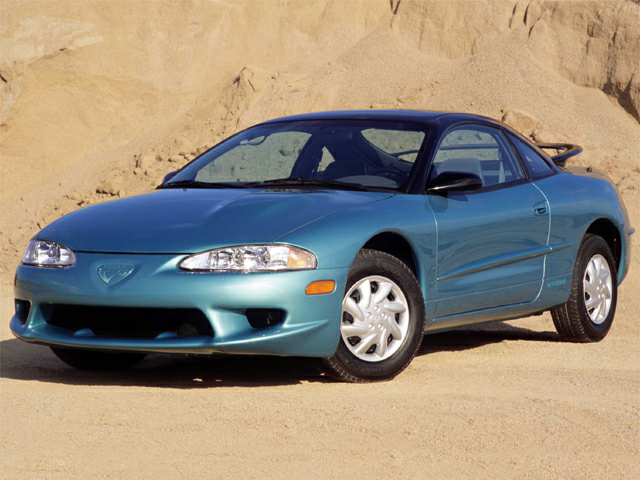 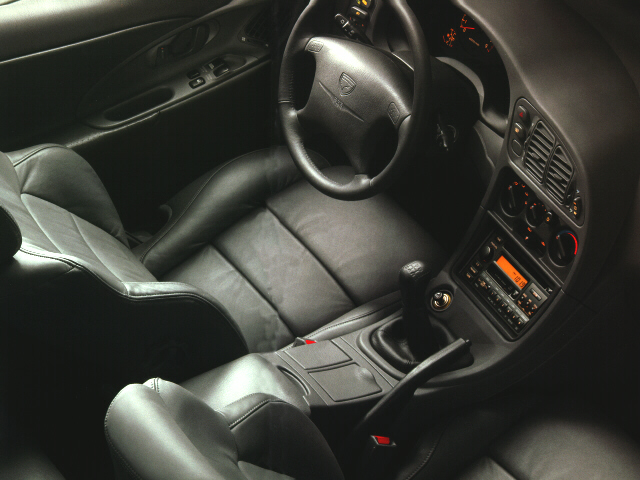