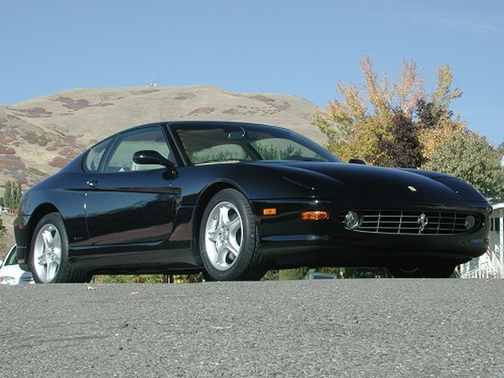 Our 2002 Ferrari 456 M trim comparison will help you decide.

Vehicle Overview
Unchanged for 2002, Ferraris only 2+2 model has front bucket seats and a small, two-place backseat. Ferrari calls its 456M GT/GTA a berlinetta  which means little sedan in Italian  but the sports car is also referred to as a coupe. As the company has explained, the 456M GT/GTA is the evolution of a very popular concept amongst Ferrari clients who want a real Ferrari with the practicality of rear seats for two additional passengers. The 2+2 models are intended to deliver saloon-class comfort and roominess combined with class-leading performance.

In contrast to the 360 Modena  Ferraris least costly model, which is equipped with a V-8 behind the seats  the 456M GT/GTA has a front-mounted V-12 engine that generates 442 horsepower. A six-speed-manual transmission goes into the 456M GT, while a five-speed automatic is used in the 456M GTA. Introduced in 1992, these two cars have been the most expensive Ferrari models sold in the United States.

The M in its model designation signifies modifications made in 1998, which include improved aerodynamics. Rear bumpers incorporate a lower fixed wing to enhance downforce provided by the flat, rear underbody and diffuser. In 2001, Ferrari sold a total of 1,200 cars in the United States, according to Automotive News.

Exterior
Like other Ferrari models, the 456M GT/GTA was styled by Pininfarina, a legendary Italian design studio thats been responsible for many illustrious models in the companys history. Body lines are softer than those of other Ferrari models, coupled with a crosshatch grille and large bodyside scallops. The cars classic look is accentuated by its long-hood/short-deck profile. Body panels are constructed of aluminum, the chassis is made of steel, and the hood is carbon fiber.

Interior
Leather upholstery is standard in the 456M GT/GTA. Ferrari fanciers are accustomed to sitting in snug bucket seats, held securely and ready to enjoy a spirited driving experience  even if that experience happens to take place on a crowded urban expressway. Gaining access to the backseat is made easier because the front passenger seat automatically slides forward when its backrest is tilted. But dont expect an abundance of space back there.

Minor gauges are positioned atop the transmission tunnel and angled toward the driver. Standard air conditioning incorporates a solar sensor.

Under the Hood
Developing 442 hp at 6,250 rpm and 406 pounds-feet of torque at 4,000 rpm, the 5.5-liter V-12 is the same size as the engine installed in the 550 Maranello, which is being transformed into a 575M Maranello with a larger V-12. Although the engine sizes are the same in the 456M GT/GTA and 550 Maranello, the V-12 in the 456M GT/GTA is less powerful. A six-speed-manual gearbox goes into the GT model, and the 456M GTA gets a five-speed-automatic transmission that was developed specifically for this installation. The manual transmission is in a unit with the ZF limited-slip rear differential. Ferrari claims that the 456M GT accelerates from zero to 62 mph in 5.1 seconds, while the 456M GTA performs that task in 5.4 seconds.

All model years for the Ferrari 456 M 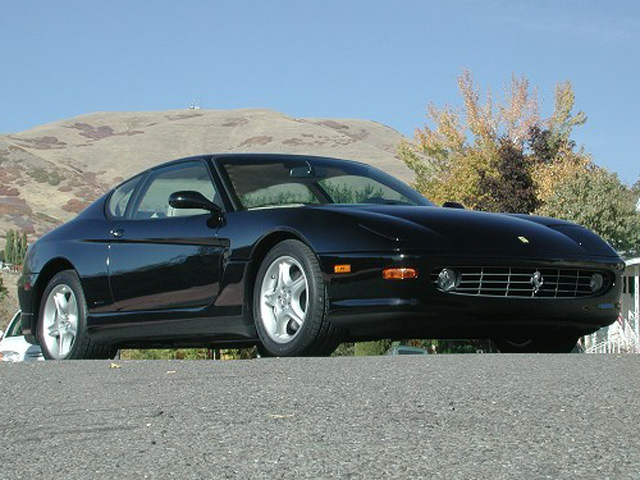