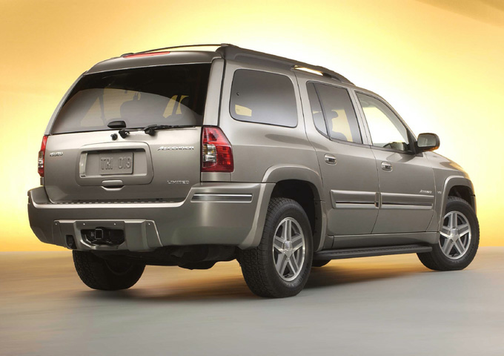 Our 2003 Isuzu Ascender trim comparison will help you decide.

You may never have heard of the Isuzu Ascender, a new sport utility vehicle for 2003. But you may be familiar with its siblings, the well-regarded GMC Envoy and the Chevrolet TrailBlazer.

Isuzu has had a long collaboration with General Motors Corp., so when it came time to replace the Japanese-built Trooper, it tapped GM for help and expertise. The $32,312 Ascender we tested rolled off an assembly line in Moraine, Ohio, and differs little from the Envoy and TrailBlazer, except for a few details such as the grille and tail lamps.

It’s when you bother to read the fine print that things start to get interesting. If your household is like ours, it may provoke some fairly heated arguments.

She: Well, I’m totally sold on the Ascender. I almost fell out of my chair when I saw that Isuzu is offering standard seven-year, 75,000-mile roadside assistance on its new flagship SUV. You get the same length of coverage on the Ascender’s limited powertrain warranty. Why on earth would you buy the GM vehicles, which don’t have as good coverage, when you can get the Ascender?

He: It does make you wonder why Chevrolet and GMC don’t see fit to match the warranty to underscore their confidence in the product. But I can answer you about Isuzu, which has been at or near death’s door for years. The simple fact is that people are reluctant to buy Isuzu products because they’re not sure if the company’s going to be around in another five years. So Isuzu doesn’t have much choice but to offer gimmicks like that extended warranty. Hyundai had to do the same thing to get consumers to come back to their stores after they had so many quality problems back in the 1990s.

She: Surely Isuzu is going to be around for a long time if it’s selling vehicles like the Ascender, which rivals the Toyota 4Runner and the Ford Explorer in terms of quality, performance, style and amenities.

He: You might be overstating the case a bit, although the GM chassis really is a good foundation.

She: I was really pleased with the ride comfort, which benefits from the long wheelbase. The Ascender doesn’t feel quite as trucky as some of its competitors. But that same length also makes it a little difficult to park. I was also impressed with the engine power, which felt more like a V-8 than a six-cylinder. So go ahead, talk me out of it.

He: I can’t argue with the suspension and driveline, which come straight from GM. That inline six, which also powers the TrailBlazer and the Envoy, makes 275 horsepower and is more potent than some of the V-8s in the class. You can also order a 5.3-liter V-8, but believe me, the six is plenty powerful.

She: You didn’t talk me out of it yet. But let me mention a few grievances. Like the GM trucks, the Ascender feels like it was engineered by men for other men. I miss features like a power tailgate and a power folding third-row seat that would make this SUV more user-friendl y. And the hood was just too darn heavy. It needs those gas struts to hold it up. I was also a little surprised by the safety features, or I should say the lack of safety features. Anti-lock brakes are standard, but traction control is not unless you order the four-wheel-drive model. That’s surprising because you really need it more on the rear-wheel-drive version. Our test model was equipped with the $3,185 LS package, which bundles traction control with other features such as a limited-slip differential, alloy wheels, power seats, automatic climate control and a CD changer.

He: Speaking of price, I’m sorry, but $32,000 seems awfully steep for a sport-ute without four-wheel drive. For the money, I can get a nicely equipped Explorer or a Jeep Grand Cherokee — with the all-wheel drive. That seems like a no-brainer, big warranty or not. I’ll gladly pay for the extra features, but the warranty doesn’t seem to make that much sense unless you’re getting the equipment you want. And we haven’t even talked about the fact that Chevrolet has something like 4,200 U.S. dealers where you can get the TrailBlazer serviced, but Isuzu has only 500.

She: OK, you win. But I guess you’ll be my personal roadside assistant if anything ever happens to my Chevy SUV.

Dislikes: Pretty pricey for a mid-size truck without AWD. Will Isuzu still be around to administer that long warranty? Not available in short-wheelbase variant. Mediocre gas mileage.

12-month insurance cost (Estimated by AAA Michigan. Rates may vary depending on coverage and driving record.): $1,581

Same car as Chevy Trailblazer, Very comfortable and very reliable. Its great for camping and family. Not to mention safety of this vehicle is top notch!

This is a great handling car. The best I've driven for handling and comfort. Smooth riding. Comfortable interior. Would like to get better gas mileage, but not bad for it's size.

Okay car for the money

Good overall car, The buttons for the radio and such did not hold up well and the gas milage is not the best but very dependable .

All model years for the Isuzu Ascender 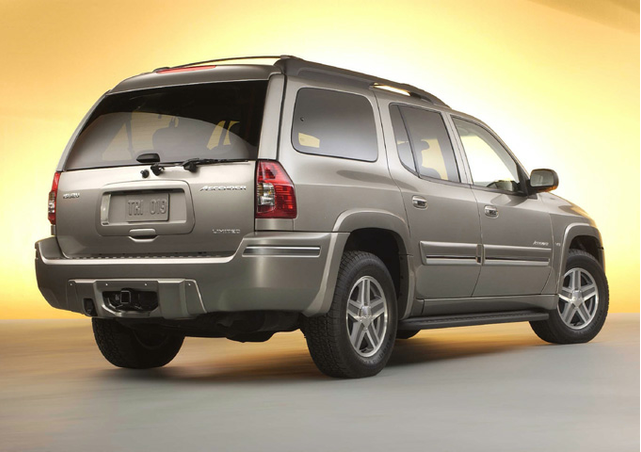 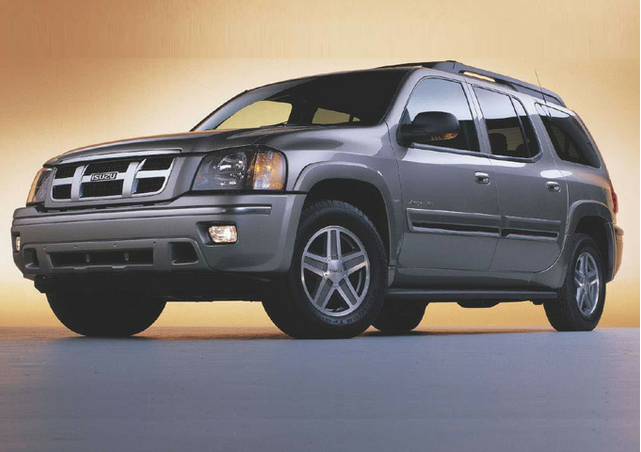 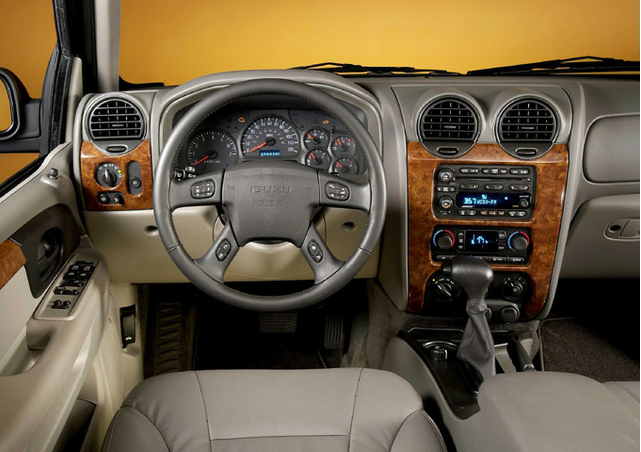