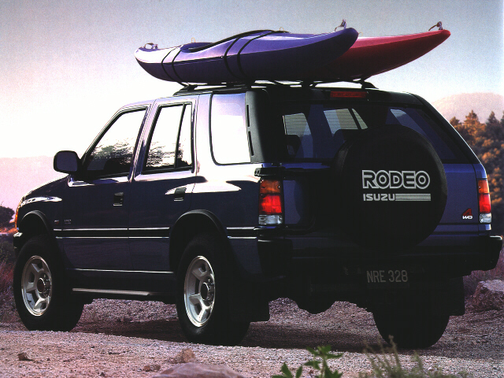 Our 1997 Isuzu Rodeo trim comparison will help you decide.

With sport utility vehicles flying out the door of most dealers, it seemsthat Japanese automaker Isuzu made a smart move a few years ago when itstopped importing its poor-selling line of cars to concentrate on trucks.

There are two mainstays, the Rodeo and the Trooper.

At first glance, these vehicles seem like two separate entities — and theyare. But they share a common drive train: a 3.2-liter single-overhead-cam24-valve V6 engine with 190 horsepower. Both are hooked to a four-speedautomatic transmission with two additional shifting modes: power, for quickerstarts, and winter, for inclement weather. Both are equipped with a part-timefour-wheel-drive system that has shift-on-the-fly capability. Both comeequipped with dual air bags. They’re so similar, even their gas tanks areclose in size (22.5 gallons for the Trooper, 21.9 for Rodeo).

Performance is similar as well. Both vehicles tip the scales at slightlymore than 4,100 pounds. So acceleration isn’t blindingly quick, but it issufficient to the task at hand. As you might expect, the Rodeo proves to be abit noisier than the Trooper. The 3.2-liter single overhead cam V6 has a lotof induction roar, but it settles down nicely at highway speeds.

Cornering is vastly different. The Rodeo handles fairly well. There’smoderate body lean and good grip. The Trooper’s soft suspension allows toomuch body lean at surprisingly low speeds. Although it was never in danger oftipping over as Consumer Reports alleges, it didn’t always inspire confidence.In addition, the Trooper’s engine stalled, a rarity in this age offuel-injection. However, it only happened once.

Inside, the Trooper’s cavernous interior easily won over the staunchestcritic. There’s tons of room in which to move around and pile lots of stuff.It is more opulently equipped than its lesser sibling, with optional seatheaters and a power sunroof. The sunroof in the Rodeo was an ’80s styleflip-up affair. Very inconvenient, compared to the almost universal powerroofs now common. The Rodeo has good front seat space and cargo room, but therear seat is just adequate. But the smaller size makes for easier handlingaround town.

The instrument panels of both suffer from small buttons that are hard topush. But ultimately, the dash conforms to the modern, international ideal,styling-wise.

So ultimately, what sets these puppies apart, aside from space andhandling, is the bottom line.

The Rodeo does have a four-cylinder version, but, with 120 horsepower topull around 4,100 pounds, it’s better to opt for the V6. Our test vehicle wasLS grade, which includes CFC-free air-conditioning, power windows and locks,cruise control, six-speaker AM/FM cassette, power mirrors, two-t one paint andalloy wheels as standard in the $28,410 base price. Options included an LSLuxury and Security Package (Leather seats, four-wheel anti-lock brakes,12-disc CD changer and keyless entry), limited-slip differential, tilt-up moonroof, grille brush guard and sport side step. These options brought the totalto $32,010. And that’s the cheaper sport utility.

Which t o pick is up to you and your wallet. While the Trooper gives up somehandling prowess to the Rodeo, it is certainly missing nothing in the way ofluxury. The Rodeo’s tidier size and performance that in some instancessurpasses the Trooper would make it my pick.

One last note: If either vehicle interests you, check out the mechanicallyidentical Honda Passport (actually an Isuzu Rodeo with Honda badges) and theAcura SLX (an uptown Isuzu Trooper).

This is a excellent comutter car.japanese made so it will run forever.suv so its great for camping as well as work transpo.read the reviews on this car.cant go wrong.

November 15, 2017
By jbrudfs from Dallas
Owns this car

These cars are not the most reliably built vehicles!!! They are only adequate for light duty use without having maintenance issues!!! Isuzu also made the Honda Passport which Honda mechanics dislike with a passion and is an embarrassment to Honda!!! All the power options should be looked at with suspicion....power window cables snap, door handle linkage breaks, motors develop VERY hidden leaks.....you get the idea!!!!! Run from these vehicles!!!!

All model years for the Isuzu Rodeo 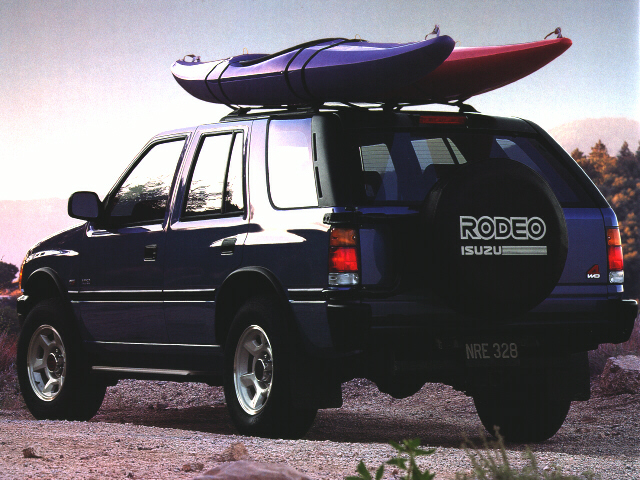 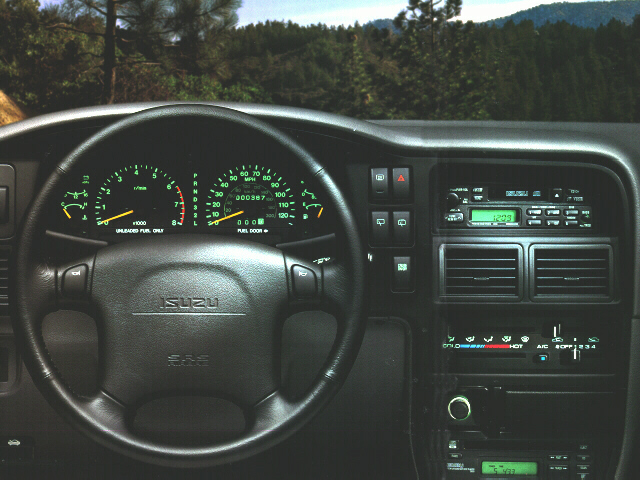 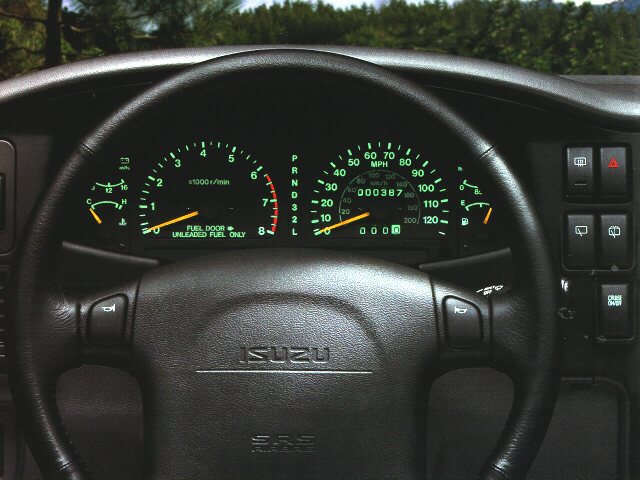