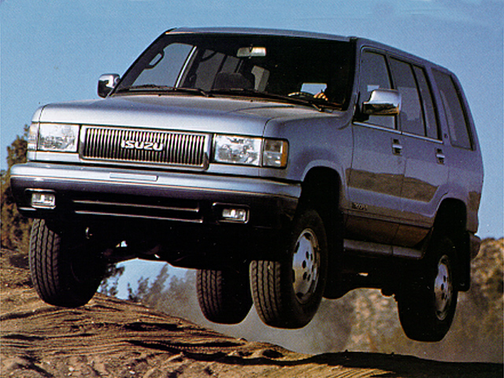 Our 1992 Isuzu Trooper trim comparison will help you decide.

THEY’RE CALLED “sport utility vehicles,” or “suvvies” for short. Theidea is that they’re supposed to be fun and practical — part IndianaJones, part Saturday suburbanite. They are vehicles such as the JeepGrand Cherokee, Ford Explorer, Range Rover, Chevrolet Blazer, NissanPathfinder, Mitsubishi Montero and this week’s test ride, the 1992 IsuzuTrooper LS.

For years, automakers couldn’t figure out how much “sport” and”utility” to give these things. Some suvvies would ride too softly.Others would bust your butt. If you bought the wrong one, you suffered.

Isuzu believes it can boost profits by scrapping that risk, so thecompany is offering two fetching works of mechanical compromise: thefour-wheel-drive Trooper LS and the Trooper S.

The new Troopers are designed to boogie on the highway and get funkyin the dirt. However, given the vehicles’ beyond-$20,000 stickers, mostowners probably will keep dirt-hopping to a minimum.

I’m not wild about the Trooper LS. It’s hard for me to get pumped upabout anything named Trooper (too many trips to traffic court).

But I do get excited about continuous improvement, which means I’vegotta give a high-five to the 1992 Trooper models. They’re so muchbetter than their predecessors, they make me wish they werepresidential candidates.

Background: The first Troopers, introduced in the United States in1984, were Third World machines. They were big, boxy, underpowered,rough and rustic. But they were reliable as all get-out and they wereeasy on the pocket, too. Over the years, the Troopers emerged into cultmobiles, becoming sort of the Saabs of suvvies. Mostly educated peoplebought them, folks who had a college degree or two, or some post-highschool training. Troopers came to be regarded as “intelligent buys” –not physically attractive in any meaningful way, but certainly goodvalue for the money.

But Ford Motor Co. changed all of that with the 1990 introduction ofits Explorer suvvie, a good-looking machine that could bust rocks anddance on the highway with the best of ’em. Now, everybody who is anybodyin the suvvie business is rolling out new metal to knock off theExplorer. It’s going to be one hell of a fight. But, judging from thequality of the tested Trooper LS, Isuzu ought to be able to land a fewgood licks.

Complaints: The Trooper still rides a bit high (9.8-inch clearanceframe to ground). The tested Trooper LS waved to and fro in recentwinter storms, but never lifted a wheel from the highway.

Praise: The new Troopers are top contenders for suvvie dollars. The1992 models have new engines — a 3.2-liter, 175-horsepower, 24-valve,single overhead cam V-6 for the S, and a 190-horsepower, double-overheadcam version of the same engine for the LS. Both engines are morepowerful, yet a heck of a lot quieter, than their predecessors.

There is more passenger and cargo space in the new models — about 10cubic feet more space than exists in the Explorer. Fi t and finish aresuperior. Interior comfort is excellent for six passengers. Overallvehicle feel — substantial, solid — is terrific.

The suspension system has new pieces, with coil springs and fourlinks replacing the bumpier-than-thou leaf springs in the rear. Theindependent double wishbone suspension is still up front.

Mileage: About 16 to the gallon (estimated 350-mile range on usablevolume of 87-octane unleaded), combined city-highway, running with oneto four occupants and ight cargo.

Purse-strings note: Isuzu clearly is moving out of the realm ofaffordable cultism with its new Troopers, but you’re getting lots more.Keep in mind that this is an extremely competitive segment of the U.S.vehicle market. Shop around.

This SUV meets all of my needs, it is reliable and has been a champion for me. The repairs that I have made or paid to have done have been in budget. It is easy to spot in a crowded parking lot and a steady performer. 3.2 6 cylinder 4wheel drive, manual transmission. Average 15 mpg

this vehicle is a good vehicle. ive broke the frame in half 3 time and i am still driving it it is pretty fast iv raced a dodge ram and a ford ranger and out run them both

My Trooper was super.

March 28, 2007
By Outdoor dude in ABQ from Albuquerque
Owns this car

This was my second Trooper, the first was a 91, just before the major redesign, and this was a 92, just after. They were both great, but the differences were impressive. I expected bug-a-boos since many vehicles have these after they redesign them for the first year, but this one really didn't have any that I noticed. I bought it with 130K on it three years ago, she now has 177 and the motor is still strong (just passed emissions with flying colors). I have done a few things to her that any vehicle would need at this age; second timing belt (with kit), clutch (original went to 155K!), brakes, plugs and wiring, super cleaned out the cooling system. But that's it (plus VERY regular oil changes with Castrol for High Mileage engines.) I have the lower powered of the two avail. engines (only 175 hp) and I live a mile high (Albuquerque) so though she performs fine in everyday driving is a bit underpowered when climbing a big hill or towing a heavy load (but she can do it). The four wheel drive feature works great, but never really needed to use it. Only used it once during a major snowstorm and, man, it was awesome. Like a cat climbing up the draperies. She is really comfy, has great visibility, carries five large people with no problem plus has the biggest cargo area of them all, I think. Her only real glitch, which is common to all Troopers til 99 (I think), is an intermittent valve lifter noise, which, though not harmful, is really annoying. Keeping the oil fresh helps, but it still happens fairly often. As far as fuel economy, she's about average for the year and weight with 17 mpg being what I get under city conditions, and a tad better on the highway. Overall, a very useful, comfortable vehicle which you will love. Just keep the radio up to drown out the lifter noise. 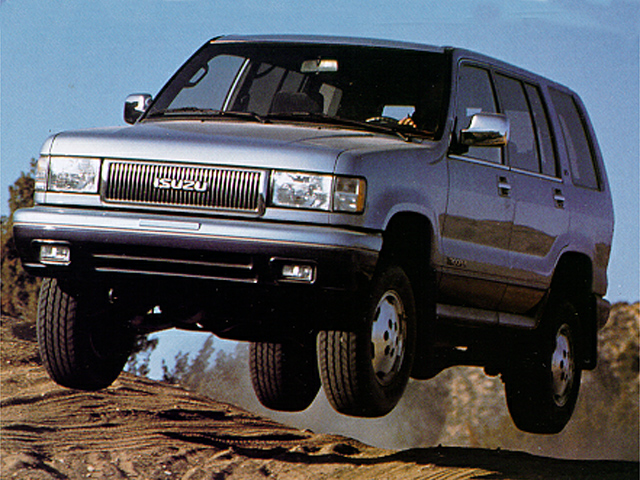 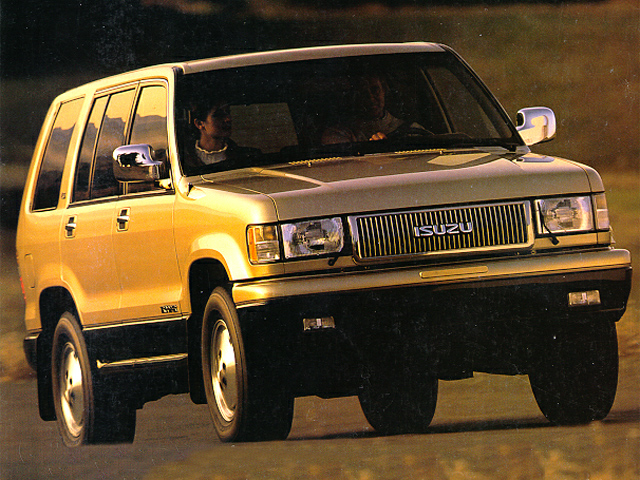