Our 2008 Jaguar XJR trim comparison will help you decide.

Technology mutes elitism by making widely available things once held as exclusive. Increased accessibility leaves nobility exposed to the wisdom and will of the masses. It turns luxury into necessity and destroys the concept of prestige in the process.

Consider as an example the 2008 Jaguar XJR Supercharged sedan. It is one of the most expensive, most luxurious, best-performing Jaguars ever made. That certainly makes it exclusive. But there is precious little on the XJR Supercharged sedan that cannot be found on a good middle-income family car, or on an entry-level luxury automobile, or on a rival luxury model at a substantially lower price.

What, then, happens to Jaguar prestige? It goes begging in the marketplace — especially in one challenged by rising fuel prices — bereft of the allure or value it once held. That is why Jaguar, currently owned by Ford, is up for sale. That is why Jaguar Cars, facing many financial woes, sold itself to Ford in 1989.

Prestige thrives on exclusivity, on the desire of the masses to own or have access to what is available to few, which largely is why the few people who can afford it are willing to pay for it. But where is the prestige in the XJR Supercharged sedan’s 400-horsepower V-8 engine in a world where 200-horsepower engines for pitifully ordinary cars are the norm, and where anyone who can spend $30,000 can get a big 5.7-liter, 340-horsepower Dodge Hemi V-8 that would give any Jaguar a run for its money?

What is the value of excessive horsepower in the Era of Minimalist Snobbery when individuals and governments are eager to buy a Toyota Prius or a similar gasoline-electric hybrid car to show the world they are committed to clean and green living?

Never mind that current generation gasoline-electrics are the least-efficient hybrid models; never mind that they come with a looming environmental problem (battery disposal) of their own; never mind that their current-generation nickel metal hydride batteries soon will be rendered obsolete by lithium ion and lithium polymer power packs, or that advanced common-rail diesel engines are just as fuel-efficient, or that cars powered by hydrogen and compressed natural gas have cleaner tailpipes.

Prius frenzy, which speaks more to fashion than it does to solution, represents a turn away from the mind-set that once supported Jaguar’s prominence — the notion that more horsepower is always better, the idea that only the rich deserve the best technology.

For example, the onboard navigation system in the XJR Supercharged sedan is second-rate, in terms of functionality and presentation, to similar systems in many General Motors, Honda and Toyota cars. GM’s OnStar emergency communications system, which can be had in bread-and-butter Chevrolet models, trumps anything offered by Jaguar.

Look at safety. The elegantly styled XJR Supercharged sedan has side and head air bags, electronic stability and traction control — in effect, nothing special or outstanding. Consider that in a few months Mercedes-Benz will bring to U.S. shores its minuscule Smart for Two car, which will have all the safety equipment offered by the XJR Supercharged sedan starting at $12,000. Depending on the model chosen, the Smart car can get 45 to 60 miles per gallon — without gas-electric hybrid technology.

Viewed another way, prestige in the automobile market has shifted from cars that have the biggest engines and most baubles to those that can go farthest at the lowest cost on the least amount of fuel. The new automotive boast will go something like this: “My Smart gets better mileage than your Prius without a dual gasoline and electric propulsion system. So, there!”

In that milieu, cars such as the XJR Supercharged sedan will become pricey anachronisms, plush representations of a bygone era when cheap gasoline seemed eternally available, when the only good horsepower was more horsepower, and when a man’s house was his castle, as opposed to a mini-mansion with a media room, kitchen island, and Viking appliances that was built in six months on a suburban lot.

I take no pleasure in noting this changed world and Jaguar’s apparent inability, as represented by the XJR Supercharged sedan, to cope with it. Perhaps, I am an old-fashioned snob at heart. I yearn for the days when Jaguar meant something special, when the use of expensive real-wood veneer and perfectly stitched, supple leather weren’t viewed as egregious assaults on Mother Earth. I miss the days when a wonderfully smooth, 400-horsepower engine easily placed me ahead of most other cars on the road — not to be chased, and often passed, by automobiles with Dodge, Chevrolet, Ford, Acura, Audi and Lexus badges.

But those days have disappeared — effectively erased by technology that has empowered the masses, and made irrelevant by a rapidly growing global appetite for oil, a natural resource that is getting more difficult to develop. In that world, the high-end Jaguar has become a dinosaur.

Complaints: Have you ever visited one of those grand old European castles? They are breathtaking, stunning in so many respects, romantically haunting. But few of us would be willing to give up our urban condos or suburban houses to live in one. I am left with that feeling after a week in the Jaguar XJR Supercharged sedan.

Drive, acceleration and handling: Excellent in all respects. But there are many substantially less expensive automobiles that are just as thrilling. Also, there’s this: In one of those infamous Washington Beltway traffic jams, the XJR Supercharged sedan doesn’t move any faster or go any farther than a Chevrolet Aveo subcompact.

Head-turning quotient: Simply beautiful — sensuous, elegantly sculpted all-aluminum body. If you view this car as sculpture, a piece of art, it could be worth the price.

Engine/transmission: The standard engine is a 4.2-liter, double overhead cam, 32-valve, supercharged (meaning that it has a device to force more fresh air into the engine) V-8 that develops 400 horsepower at 6,100 revolutions per minute and 413 pound-feet of torque at 3,500 rpm. The engine is mated to a six-speed automatic transmission that can be shifted manually.

Mileage: I averaged 22 miles per gallon in highway runs.

Price as tested is $84,250, including a $665 destination charge. Dealer’s price as tested is $76,728. That is without the optional, two-video screen multimedia package, which costs $2,950 here, but often is available as standard equipment, or as an easily affordable option on many ordinary vehicles. Prices sourced from Jaguar and http://www.edmunds.com.

Purse-strings note: Treat it as a collector’s item.

March 7, 2008
By Jaguar Enthusiast from Chicago, Illinois
Owns this car

When you look in todays car magazines, you don't see many comparisons with Jaguars. After recently acquiring a 2008 XJR, I cannot figure out why not. First, this car is very very quick. It has been tested for a 0-60 time of 4.8 seconds. Second, it is very comfortable, especially on those long trips I take through cold Chicago on a weekly basis. Third, this big car sips fuel, as I get 24 miles per gallon on the highway, and a respectable 18 in the city. The speed and fuel efficiency comes from Jaguar's aluminum structure, which makes it very lightweight. This means it drives better. When I through it into a corner hard, I feel like I am driving a small sports car. It has plenty of bells and whistles, not as many as a brutish S-Class Mercedes Benz, but still plenty. My XJR has navigation, TV monitors in the back seat, heated and cooled seating, as well as a heated steering wheel. The interior is just gorgeous, with beautiful beige leather with piping and walnut wood veneer. Of course, their are more contemporary styles available in this car too, but I am happy with my choice. I test dove two other cars, an Audi S8 and a used Mercedes Benz S63 AMG. The Audi was wonderful, and I have nothing against it. The problem was though, is that it cost 10k more than the fully loaded Jag. The Mercedes however, was a nightmare. I don't care if it can out sprint anything slower than a Ferrari. It was a enormous boat and couldn't handle to save its own dreadful fuel bill.(12 mpg) Also, the USED model I tested cost $114,900. Once you put every option on the Jaguar, it costs just shy of 90k. Not a bargain, but still a wonderful car. If you like this, my only other recommendation would be the Lamborghini powered Audi S8. 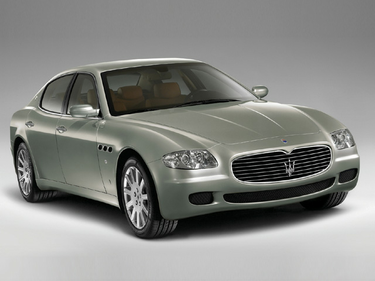 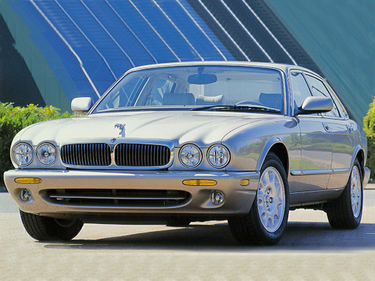 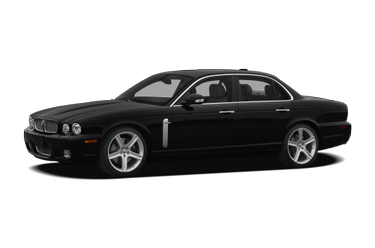 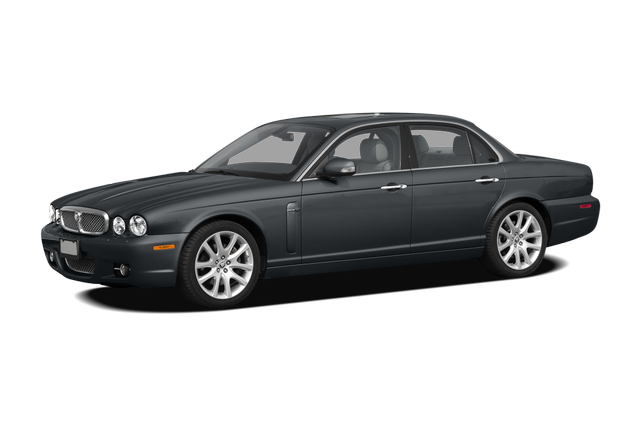 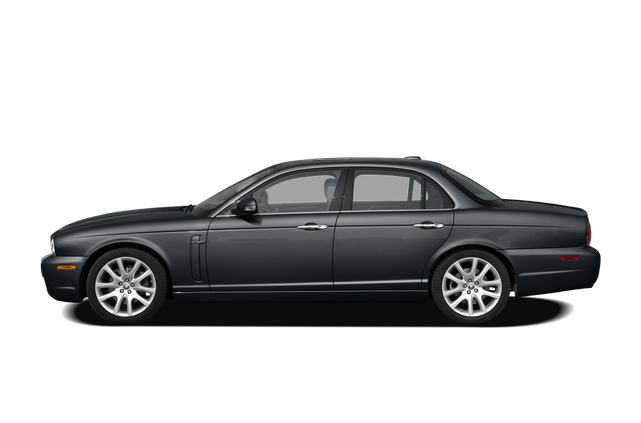 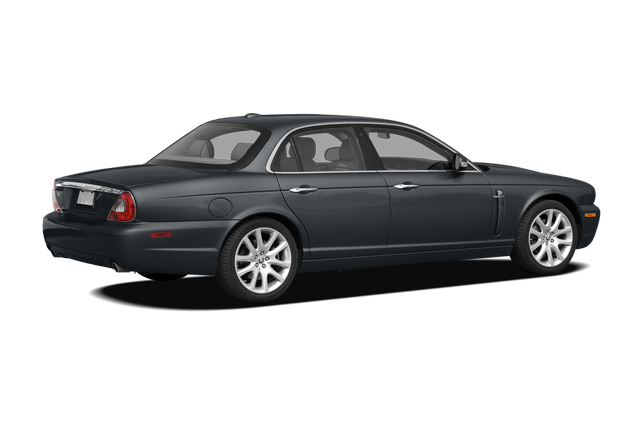 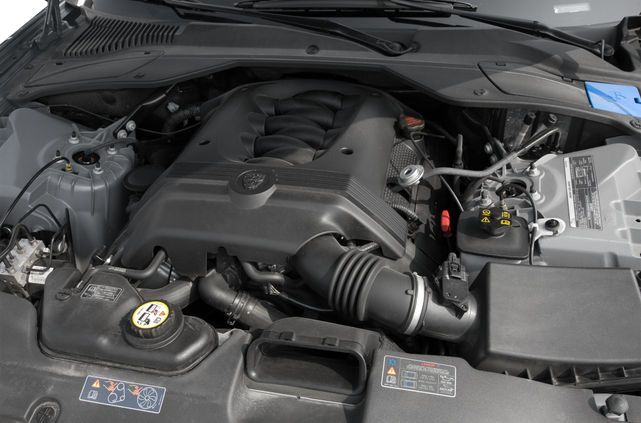 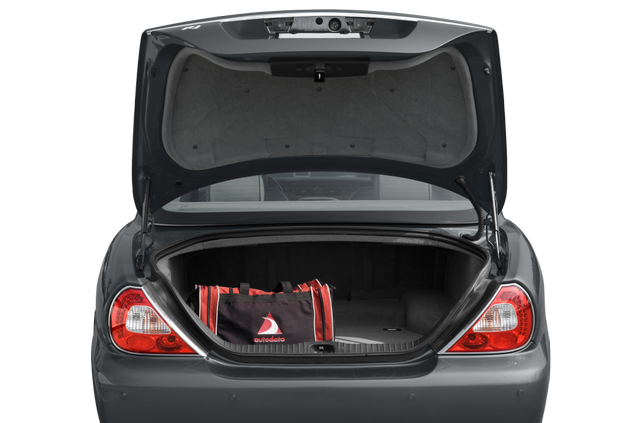 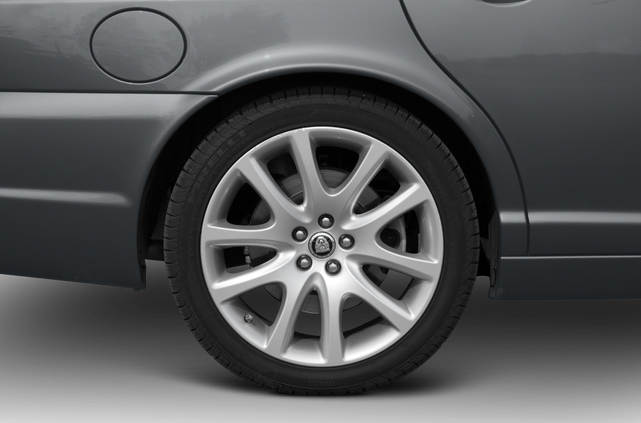 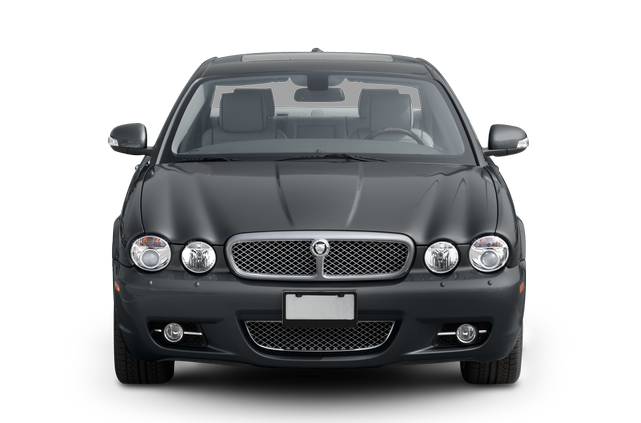 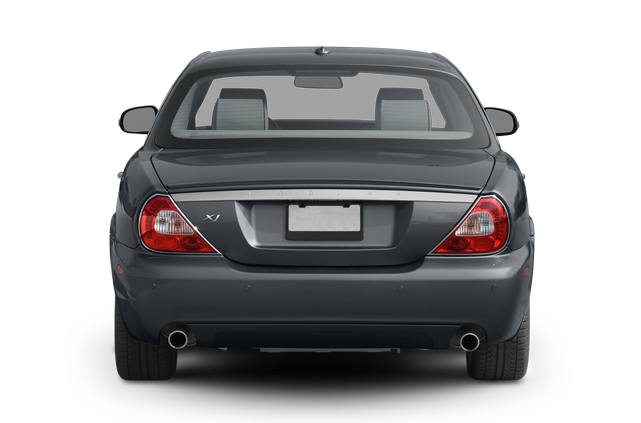 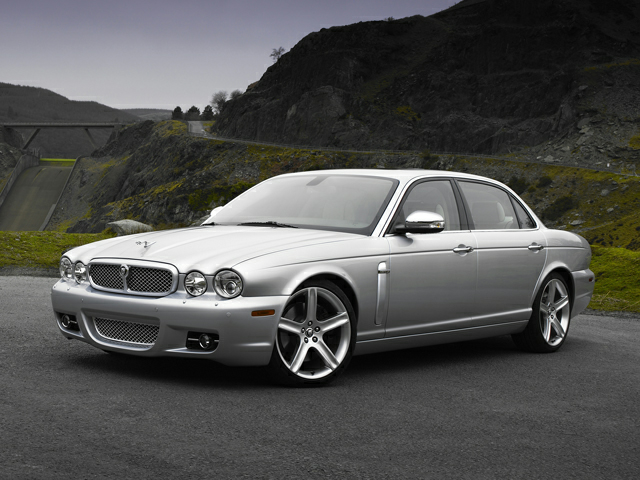 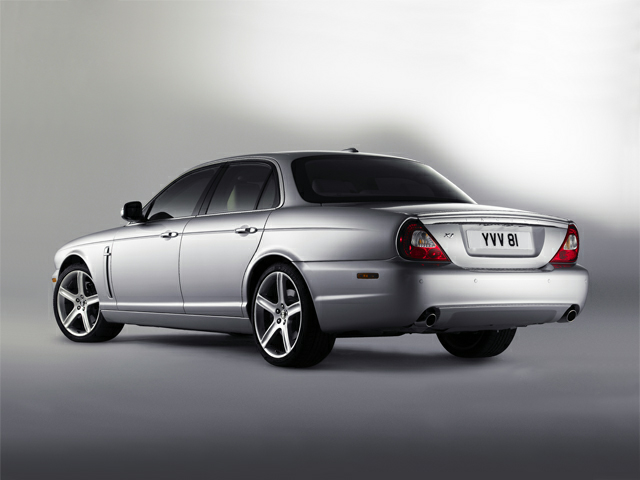 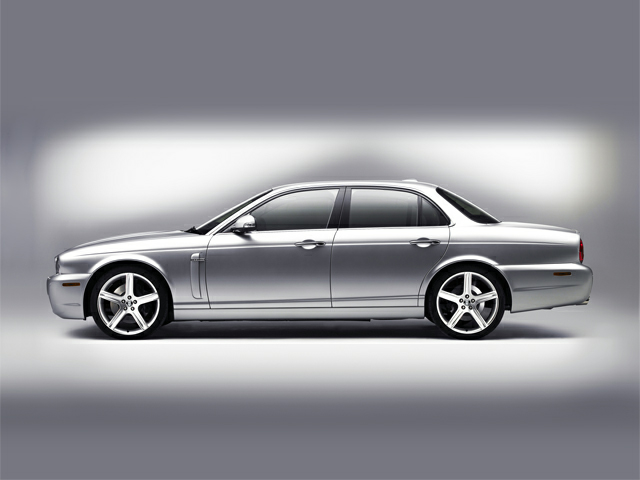 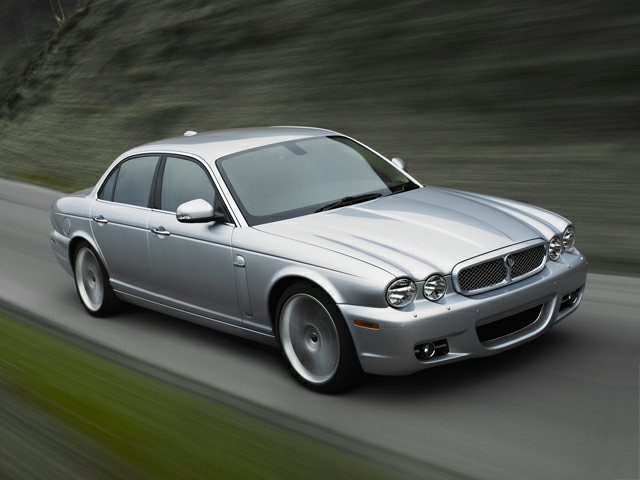 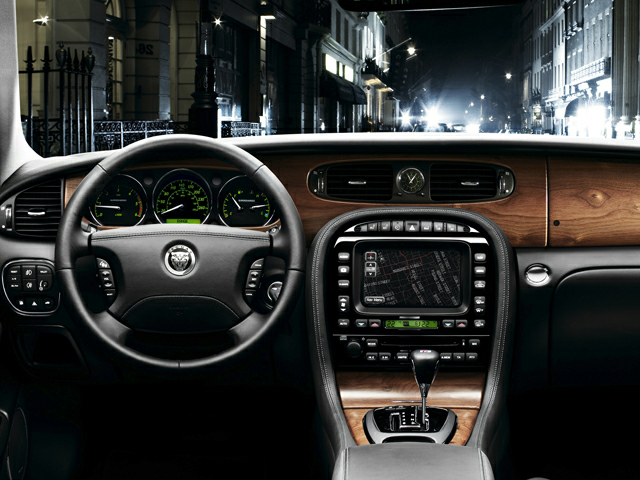 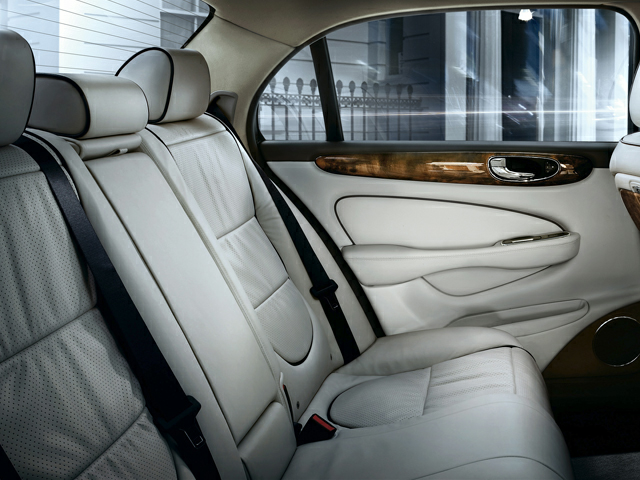 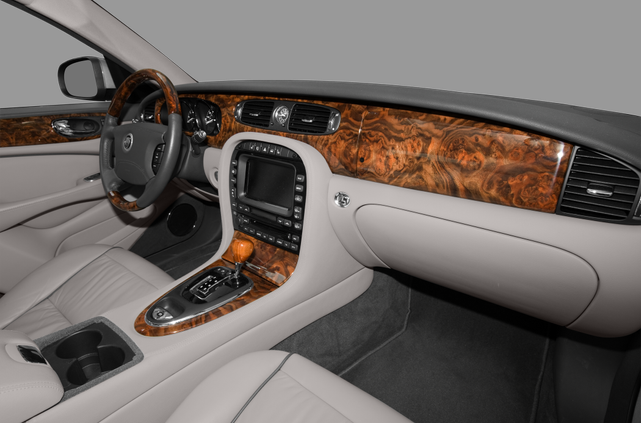 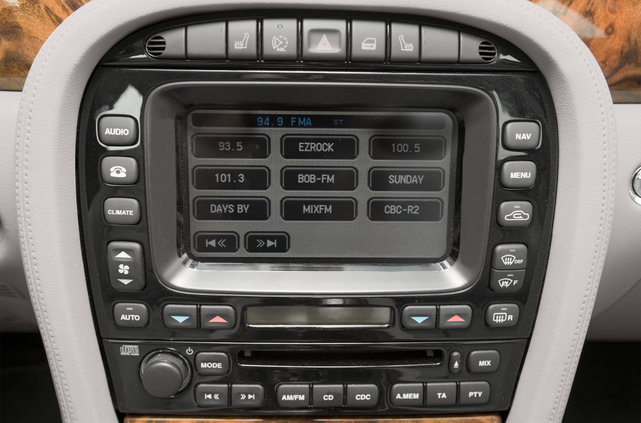 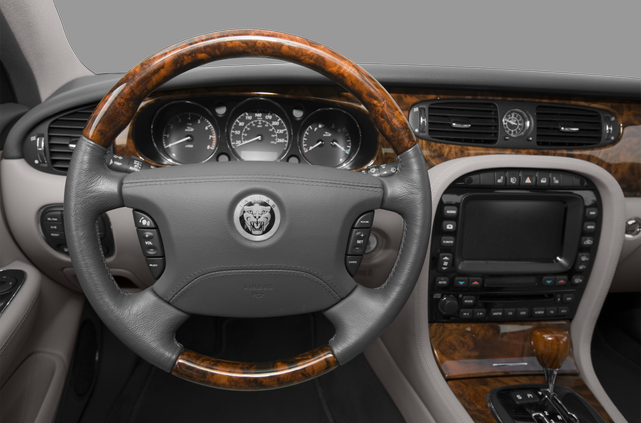 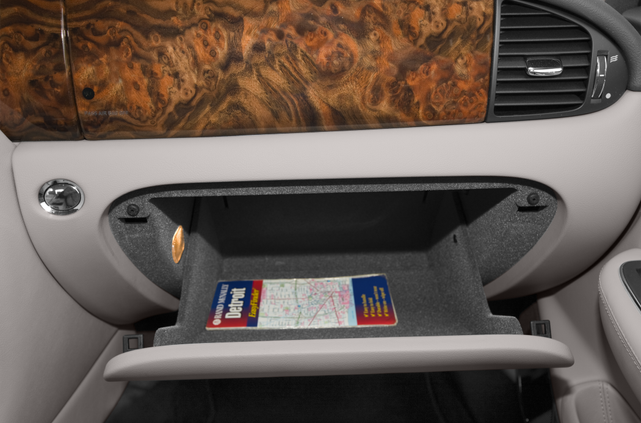 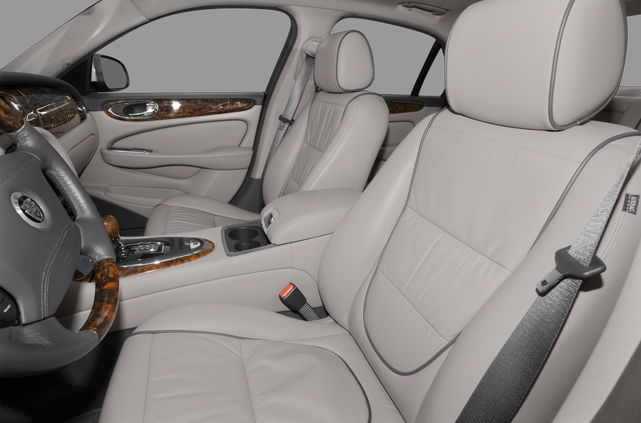 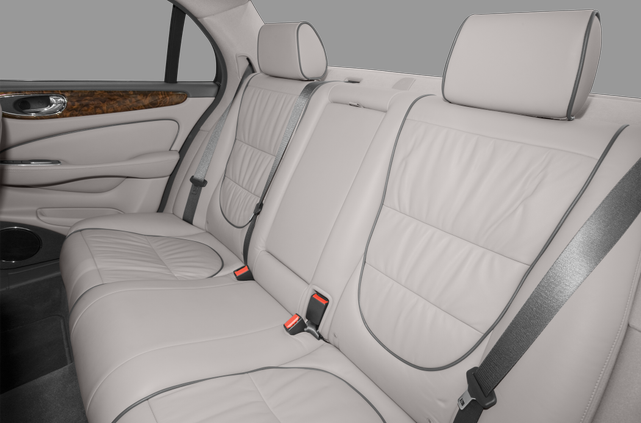 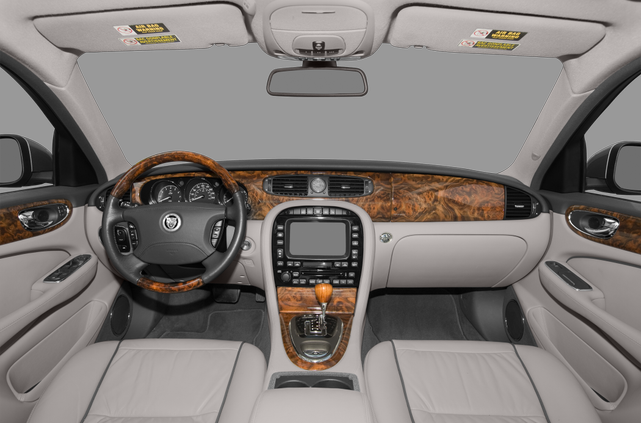