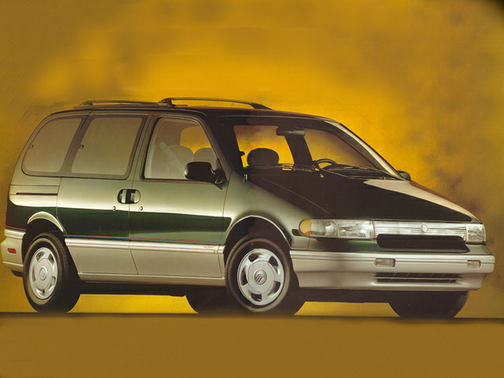 Our 1993 Mercury Villager trim comparison will help you decide.

Dodging crowds that seemed more intent on sneaking a peek at the automotive statesman than kicking tires on cars displayed at the Chicago Auto Show, Chrysler Corp. Chairman Lee Iacocca managed to wend his way to the Chevrolet and Ford exhibits.

The cigar nearly fell out of Iacocca`s mouth as he beamed when reaching the Ford and Chevy displays and getting his first glimpse of the new rear- wheel-drive Ford Aerostar and Chevy Astro rivals to his front-wheel-drive Dodge Caravan and Plymouth Voyager minivans.

The Ford and Chevy vans looked heavy and boxy. Seating patterns appeared to be an afterthought. Tow a boat? They looked like barges. Iacocca obviously was certain that his more stylish, more fuel-efficient, more interior-friendly front-wheel-drive minivans would bury the competition.

Iacocca made that trek to the Chicago show in the mid-`80s. Today, as the mid-`90s approach, his company has about 50 percent of the minivan market. In years in which Chrysler has posted profits, minivan sales have been responsible.

Enter the 1993 Mercury Villager. Had Villager been ready before Aerostar, Iacocca might have grabbed for the Maalox for comfort rather than the Dom Perignon to celebrate at the Chicago Auto Show.

Still, Iacocca has cause to say, “I told you so.“ When the Chrysler minivans came out, Ford and Chevy said no one would want a FWD minivan. Boaters, campers and construction workers wanted a rear-wheel-drive minivan with greater towing capabilities, Ford and Chevy argued. Chevy`s Astro came with swing-out rear doors, not liftup hatchback lids, because Chevy insisted there was more likelihood of minivans hauling ladders than people.

It`s not that Villager is the best minivan on the market. It has some flaws that allow Iacocca to keep the bragging rights. But Villager is superior to Aerostar and shows that, if given enough time and Nissan to help with the design and development, Ford Motor Co. can come up with a worthy rival to the Chrysler minivans.

Sadly, it took Ford about eight years to reach minivan respectability, and it had to team up with Nissan to do so. For its cooperation, Ford will build a version called the Quest for Nissan on the same assembly line as the Villager.

The question yet to be resolved is whether Lincoln-Mercury dealers can sell vans or whether the automaker goofed by not making Villager (former name of a Mercury station wagon) a Ford.

When given the opportunity to sell something other than big luxury cars, such as the mini Capri convertible, the L-M sales force takes to the task as if selling sand to desert dwellers.

Villager officially will go on sale as a 1993 model this fall, though a handful will arrive at dealerships by July 1. It will be offered in base and LS versions. We test drove the LS.

Villager looks like an offspring of Iacocca`s minivan. Of course, when you wait almost eight years t o bring out a FWD rival to Caravan and Voyager, you have ample time to copy the sheet metal.

To give Villager a Mercury identity, it got the light bar from the Sable sedan`s nose. To give it an edge over Voyager and Caravan, the folks from Ford built it on basically the same wheelbase-112.2 inches versus 112.3 inches at Chrysler-but made it about a foot longer at 189.9 inches versus 178.1 inches. The length allows Ford to offer a unique interior pattern in Villager. Fourteen seating/cargo carrying arrangements are possible in Villager. Hats off to the design team for ingenuity.

If Mom and Dad want to join the picnic, they can slip through the wide opening between the two front seats. The floor is flat, so there`s no hill to climb over.

“We asked ourselves what we could do to set Villager apart from the competition when it came to seats,“ said Joe Gilmore, Villager program manager. “We felt people would rather have the flexibility of folding or moving seats to handle people or store cargo than having to always remove them and store them in the garage.“

If you don`t fold those seat backs into table tops, there`s still cupholders built into the walls at the second and third seats. And as a concession to the fact that minivans hold more people than they do ladders, Villager has heat/air conditioning/radio controls in the wall at the second seat so passengers can function separately of driver. There even are earphone jacks for the radio.

Villager is powered by Nissan`s 3-liter, 151-horsepower V-6 teamed with 4-speed automatic, a combination rated at 17 miles per gallon city/23 m.p.g. highway, the same as a Caravan or Voyager with a 3.3-liter V-6.

The 3-liter does a good job of keeping up with traffic, but is a bit noisy and groans a tad at acceleration from the light. Ride and handling are very car-like, though when approaching a sharp corner or turn at speed, we felt Villager was a shade top-heavy, so we backed off the pedal a notch.

The FWD mini can tow about 3,500 pounds. A four-wheel-drive option could boost that to 5,000 pounds, but there`s no immediate plans to add 4WD.

“It originally was in our program, but we decided to wait and see how it did in Caravan and Voyager, which recently started offering it,“ Gilmore said. “While 4WD has a high-tech image, 4WD sales at Chrysler have been rather low.“

Village comes with four-wheel anti-lock brakes as standard, but lacks a driver-side air bag. Gilmore said Ford didn`t expect the groundswell of demand for air bags in 1987, when Villager was under development. A driver-side bag will be added in December 1993, and driver/passenger bags will be standard in 1996.

Villager has a dual hatchlid. The top is a solid glass that opens separately or in tandem with the full lid. When left open, the glass allows the van to hold a 4 x 8 sheet of plywood, Gilmore says. Or a ladder, we presume.

Also noteworthy are handy stowage trays, cassette/coin holders, dual flip-out cupholders on the lower left side of the passenger`s seat, inside hood and gas-filler door release levers, automatic safety belts that motor around you when the ignition key is turned on and motor away when the key is turned off and a huge glove box in the dash, though we assume it`s that big to reserve room for the air bag in 1996.

However, as we said, there are some shortcomings.

Huge rear-seat headrests at times obstruct vision; sun visors are three to four inches short of shielding glare when positioned against side windows; door handles are recessed to be flush with the body, a design to encourage key, ring and fingernail marks; and the tether cord holding the gas cap blocks the pump nozzle from easy entry into the gas tank neck.

Worst of all were the driver`s power seat controls along the bottom left of the seat. The protruding door armrest blocks easy access to the controls. When you find the controls, they are all the same flat plastic buttons. With the buttons hard to reach and feeling all the same, you can`t familiarize yourself with which one moves the seat forward/backward or up/down, and that means often hitting the wrong one.

It would help if the armrest were narrower to provide easier access to the buttons and the foward/backward button most often used was larger han the rest. Why not move the seat control buttons to the armrest?

Really the most reliable car I have ever owned.

July 6, 2012
By minivanmadness
Owns this car

Best car ever for reliability and roominess. I refer to my minivan as "Old Faithful." It even performs better than expected on old dirt roads in the country and offroad too if the ground is not drenched. It does alright in a little mud and surprisingly good in the snow.

October 7, 2010
By Tyler Ayers from Atlanta, Georgia
Owns this car

Goes up to atleast 80 MPH, carries around 9 people, and has 3 doors, can take out the backseats and add a bed. 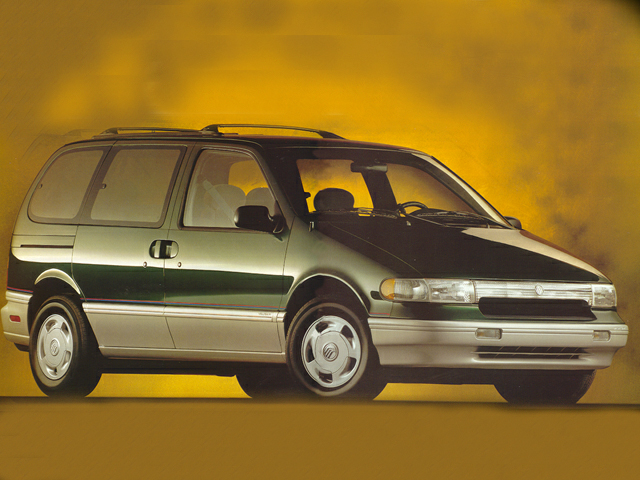