Our 1999 Mitsubishi Galant trim comparison will help you decide.

Overlooked and underappreciated, the Mitsubishi Galant deserves a second chance, especially now that sharp new styling and the addition of a decent V-6 engine brings it up to speed with midsize favorites Toyota Camry, Honda Accord and Ford Taurus.

Upgrading the Galant is an important move for Mitsubishi. The Japanese automaker, reeling from several years of poor sales in the United States and on its home turf, needs a solid mainstream hit. Either that, or it could end up quitting the U.S. side of the Pacific altogether, and closing down its assembly plant in Normal, Ill.

The Galant, which is built in Normal, needs to make a big splash, in other words. The only hit registered in recent years is the Eclipse sports car, obviously a niche vehicle that never will see the kind of big sales needed to drag Mitsubishi’s tail out of the red ink.

For ’99, the Galant arrives with sleek good looks akin to its upstream sibling, the Diamante. Though not a strong departure from standard practice – from some angles, it resembles a BMW; from others, an Oldsmobile – the Galant looks classy and attractive, with a sporty rake and nice details.

And that V-6, a variation of the 24-valve 3-liter engine in the Montero Sport, is a smooth and powerful motivator that provides the performance needed to survive in this competitive part of the market.

Acceleration is excellent, especially off the line, but the V-6 requires premium fuel.

The V-6 comes only with automatic, but it’s a good-shifting unit with subtle electronic variations for driving style. Overall, the driveability is refined and comfortable, much more so than past Galants.

A stiffened chassis and improvements in suspension make for good handling and the kind of steering response that provokes grins on winding desert roads.

The new Galant is slightly taller, wider and a smidgen longer than the previous model, though the wheelbase remains the same. Much of the additional space has been added to the interior, which is noticeably roomier, even spacious. The driver and front-seat passenger will find plenty of room in all dimensions, but rear-seat legroom is still a bit tight.

The seats are comfortable and the styling of the dashboard and door panels makes it look more expensive than it is. But then there’s the curse of fake plastic wood. If the home-stereo industry can survive without fake wood, I think the auto industry can lose it, too.

Galant comes in five different models, ranging from the budget-model DE starting at about $17,000 to the sporting GLX that hits nearly $25,000. The GLX includes a firmer suspension system for improved handling performance, but also a big, dorky-looking wing that looks decidedly out of place on a four-door sedan.

A four-cylinder engine is available in the DE and ES models, a 145-horsepower unit that should provide enough oomph for all practical purposes. Stick shift is available with the four-banger in the ES only.

The test car was a mid level ES-V6, nicely equipped for a tad under $20,000. Or, with a $400 CD player and a $2,000 “premium” upgrade package, $23,000. The premium package includes a power glass sunroof, always appreciated; side air bags, ditto; shiny alloy wheels; security system; and a Homelink system to operate garage doors and security gates.

The base price tag is pretty good for a well-turned-out family sedan, especially one that offers a bit more style and finesse. Considering Mitsubishi’s reputation for well-built vehicles, I think there’s good value here.

Now, Mitsubishi needs to get the word out.

February 7, 2014
By BrianS from Portland, OR
Owns this car

I bought this car from my wife's grandmother when she could no longer drive. It has the 4 cylinder, but I was pleasantly surprised by the power it had. I also really like the aggressive look of the grill and headlights. This car has been nothing but reliable. Owned for 4 years now and average between 25-30MPG in mixed driving. This car requires very little mechanical attention. I change the oil every 3000 miles and give it gas, period. I can't understand why Mitsubishi isn't more popular. This car is a 10!

May 30, 2012
By Reliable car Enthusiast from Chicago area
Owns this car

This has the 3.0 liter engine and I've owned it for 4 years. It's a great vehicle, the 195HP V6 does a great job with the engine and trans being flawless. From my experience: great handling, great performance, decent gas mileage, comfortable interior, excellent brakes, fun to drive. At 155,000 miles, I've had to replace the radiator, engine pulleys, timing belt, rear shocks and rear stabilizer links. The body and paint are fine except for the leading edge of the hood rusting.

April 4, 2012
By Ozzie from Plattsmouth,NE
Owns this car

This car is RIDICULOUSLY reliable. Unfortunately, money would be tight so I wouldn't be able to get the repairs when absolutely necessary but it still ran like a charm. Mine is a little banged up from a hit and run accident but other than that this car is excellent. I foresee it running for at least another 5 years or so. I like the look of the rear but the front isn't too pretty, in my opinion and the rims come off way too easy. I have never seen a 99 Galant with all of it's rims. 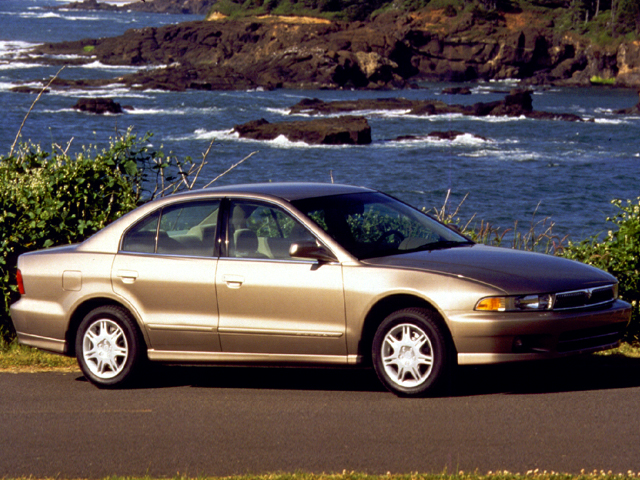 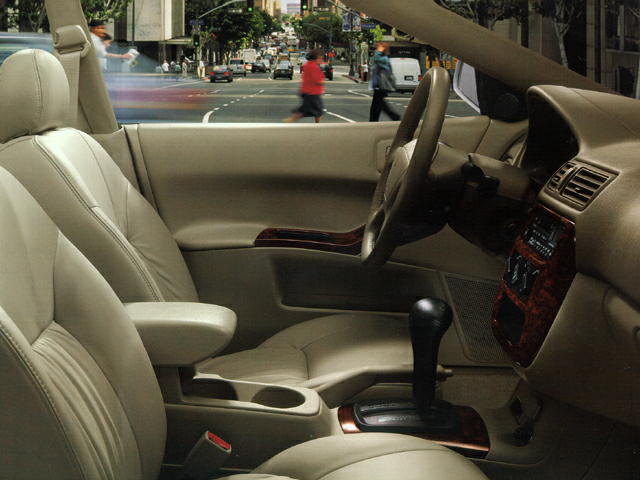