Our 2002 Mitsubishi Galant trim comparison will help you decide.

Sometimes it doesn’t take much.

A new engine or suspension can breathe new life into a car that’s been around for a few years.

Or, you can take the cheap way out and add a new nose, which is what Mitsubishi did to the Galant for ’02, a tweak upfront so the automaker’s bread-and-butter sedan sports a new grille, headlamps, color-keyed aero-type bumper and chrome badging. New taillamps and rear bumper were thrown in for good measure.

“It was time for a freshening. We changed the nose to give the car a more aggressive appearance and something to promote a different look and a little uniqueness,” said Mike Krebs, product development director for Mitsubishi Motor Sales of America.

With the few tweaks, the ’02 Galant LS we tested looked less like a carbon copy of all the other Japanese midsize sedans in the market.

When it comes to look-alikes, the Japanese have been guilty as charged, especially in the midsize sedan segment. As Nissan designer Jerry Hirshberg says in the TV ads for the new ’02 Altima, “We looked at what was out there and saw a sea of sameness.”

Mitsubishi won’t have its next-generation Galant ready until ’04. So it made do with a little cosmetic surgery until its turn comes to break away from the Japanese look-alike mold. We hope the ’04 redesign will allow Galant to stand out in a crowd when viewing the entire machine, not just the nose job.

For ’02 Mitsubishi also added a new model, the Galant LS, with a 2.4-liter 4-cylinder engine. Previously the top-of-the-line LS was offered with V-6 only, the version that arrived for testing.

Galant was last redone for the 1999 model year, but the next generation for ’04 will determine whether it can gain ground on rivals Toyota Camry and Honda Accord.

The ’02 has fairly good cabin room, but a little more arm room would be welcome. It also has good road manners, but a little longer wheelbase and length should make for even better ride and handling.

The Montero Sport, Mitsubishi’s compact sport-ute, will provide some early clues as to dimension changes coming for Galant.

The Sport is in its last year before a remake. For ’03 it will be “a little longer,” Krebs said. The ’03 Sport will be built at Mitsubishi’s plant in Normal alongside and off the same platform as the Galant sedan, when it’s redone for ’04, and the Eclipse coupe, which gets its remake for ’05.

Normal also will continue to produce the Chrysler Sebring and Dodge Stratus coupes for DaimlerChrysler under a five-year pact that began with the 2001 model year. The larger Montero will contin ue to be built in Japan.

We also tested an ’02 Montero Sport. Adding it to the same line as the cars at Normal should provide a smoother ride with less motion. The longer dimension also should make rear-seat entry and exit less cumbersome.

The shared platform also means the next-generation Galant will be a little longer. A little more length and a little more cabin room, and perhaps a little more kick from its V-6, is what some observers say Galant needs to be taken more seriously by those shopping Camry/Accord instead.

The Galant LS we tested provided pleasant ride and handling as well as decent room and comfort. Anti-lock brakes are standard and tract control is in a $310 all-weather package that includes heated outside mirrors.

The 3-liter V-6 has good off-the-line pep and an appreciated 20 m.p.g. city/27 m.p.g. highway rating with the standard 4-speed automatic. Some might argue for a little more muscle, but not those intent on the 20/27 m.p.g. numbers.

As for Mitsubishi plans, a lot is still “to be determined.”

There had been numerous reports that Mitsubishi’s new compact ’02 Lancer (replacement for Mirage) platform was going to be shared with the next-generation Dodge Neon when it comes out for ’04.

All Krebs will say is “that’s still to be determined.”

There also were expectations that Chrysler’s midsize Sebring was to be the platform for the new midsize Galant for ’04, as part of the platform-sharing plans between Mitsubishi and DaimlerChrysler, which owns a 33 percent stake in the Japanese automaker.

“I’m not sure the Sebring thing is going to happen,” Krebs said in an interview. “There’s been some talk of combining platforms or coming up with a Mitsubishi car off a modified Sebring platform, but that’s still in the preliminary talking stage. We’re looking at platform combinations and still looking at how much commonality and who does what but that’s still to be determined.”

There also have been reports that Mitsubishi’s upcoming small sport-ute, called the Air Trek in Japan, would make its U.S. debut at the Detroit Auto Show in January before going on sale later in the year as an ’03 model.

“The ASX that we showed in Detroit and Chicago this year was the concept for the small sport-ute that will be sold in the U.S. as an ’03 model. But we still aren’t sure when or which auto show the actual [’03] vehicle will debut at. And it will be a version of the Air Trek, similar in size but with totally different sheet metal,” Krebs said.

March 13, 2020
By Georgia cracker from Augusta, GA
Owns this car

This car is actually a 2003 Mitsubishi. It is driven mostly highway miles. It has had every dealer recommended service over it's lifetime. They recommended I get the belt and water pump replaced in late spring so I am planning to have that done soon. The car does have a small oil leak and I have to check the oil often. It's quiet, smooth running and I can't believe I've gotten this much milage out of it and it's still going strong. I do want to mention that everything inside the car is in tip top condition, from the leather seats to the small press on overhead lights. They are sturdy and well made. I've had an equinox before and everything inside broke. The seat handle, the press on lights the cup holder, the lid on the visor mirror etc everything on the Mitsubishi is very sturdy and still functioning like day one! Great car! Like I said 320k and going. I'm totally impressed!

Love the interior and exterior..very good and reliable when maintained properly..and very affordable. So I advise you to get one, so much in love with the car

MOST RELIABLE CAR I HAVE OWNED. VERY SMOOTH RUN.

April 5, 2018
By adventurer from leavenworth, ks
Owns this car

A VERY SMOOTH VEHICLE, WORTH MONEY. GIVES GOOD MILAGE, LOW MAINTAINANCE, AND RELIABLE. VALUE FOR MONEY. THIS CAR WILL NOT DISAPPOINT YOU. IT LOOKS SMALL BUT IS VERY SPACIOUS. 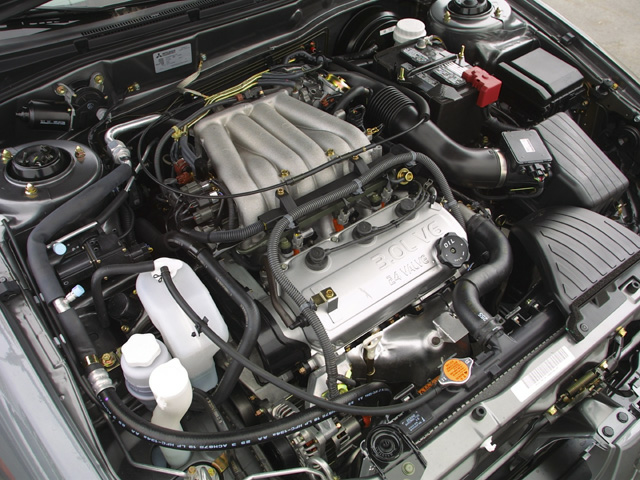 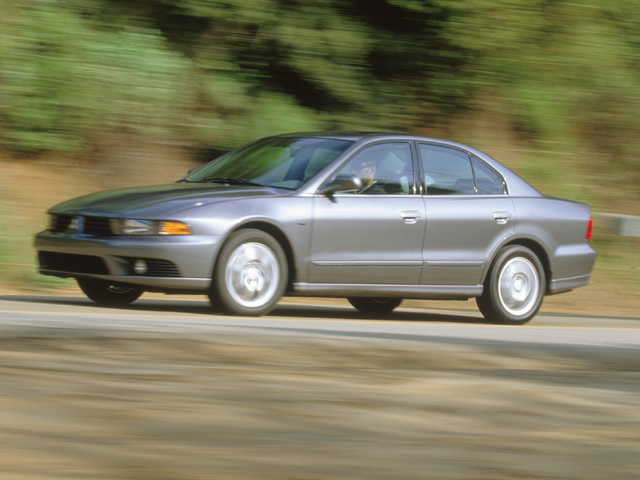 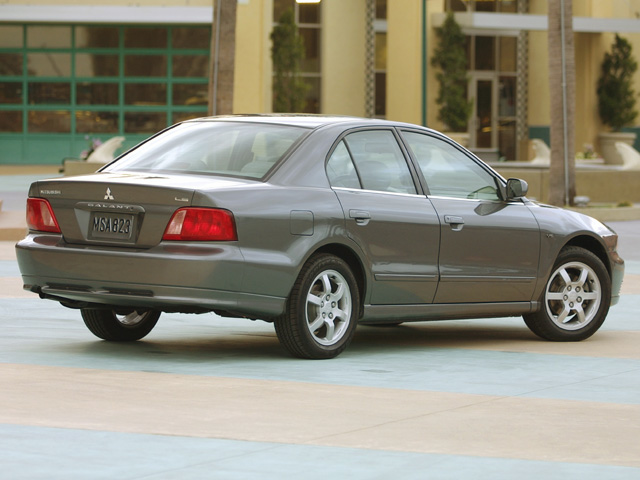 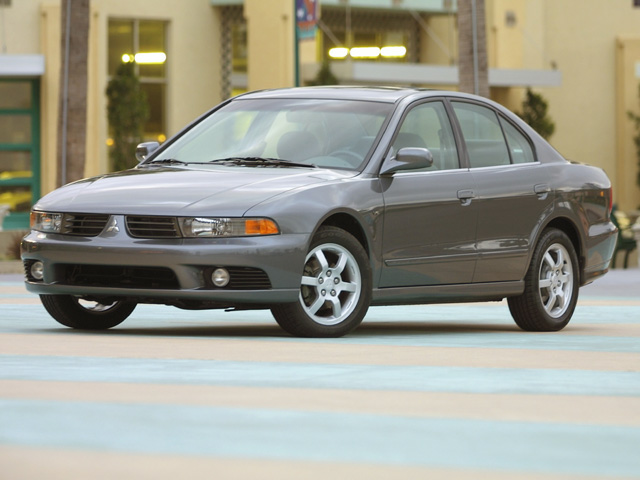 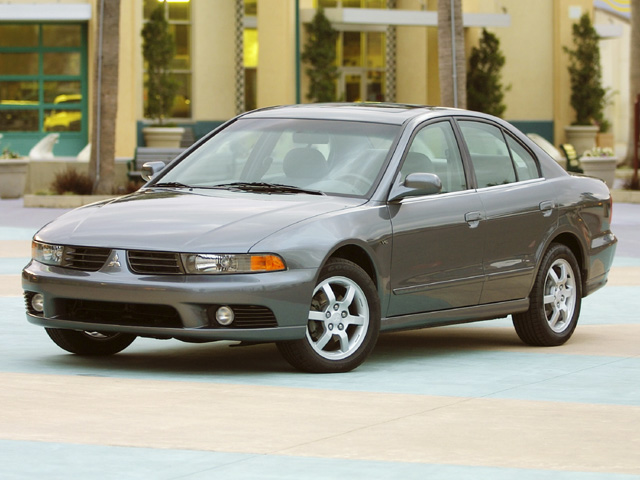 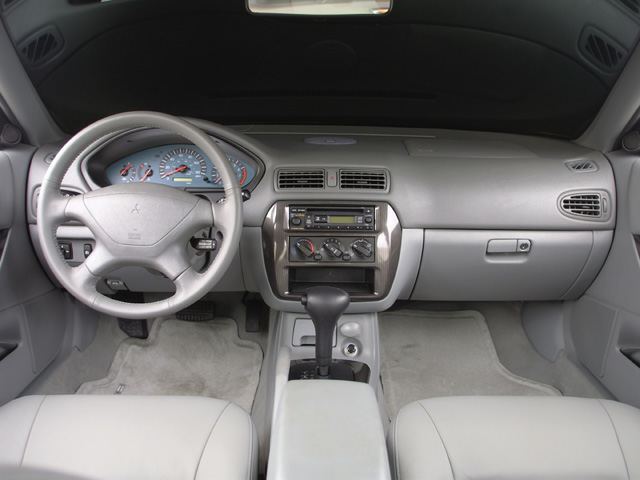