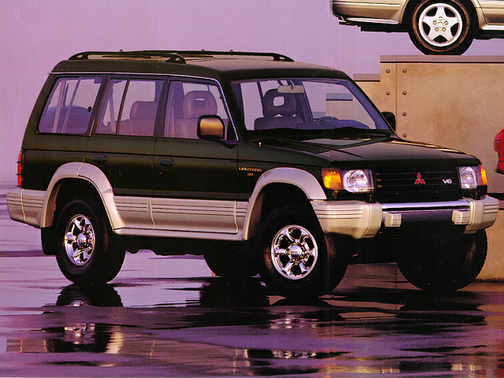 Our 1992 Mitsubishi Montero trim comparison will help you decide.

The popularity of sport utility vehicles has produced some interesting compromises of playfulness, workmanly purpose and commuter comfort.

At the entry end of the category are inexpensive Wranglers, Amigos, Trackers, Sidekicks and other bug-cutesy kidney crushers.

They offer mechanical simplicity and raw nimbleness, attractions that have continued from Omaha Beach to Malibu Beach. In the hands of the young and the feckless, however, these stubby-wheelbase, all-terrain terriers have an unfortunate affinity for tipping over.

At the plush-bottomed top of the market is the redoubtable Range Rover, which has been seen lifting a pinkie while trading heavily on its leather and walnut heritage as the carrier of multiple royal derrieres. Yet such noble obligation costs $45,900,these days a queen’s ransom.

Between the extremes are a crop of Troopers, Explorers and 4Runners, working to maintain distance from the callow funsters while stuffing themselves with most of the luxuries and conveniences of condo living.

It’s a form of role denial. Their aim is to be perceived more as sedans than trucks, when in reality the sport utility is neither. On the other hand, these off-road cruisers offer higher comfort levels than, say, a forklift, and with none of the expensive decadence of Range Rover.

The redesigned 1992 Mitsubishi Montero–a pioneer of the concept of big-footed trucks in Reeboks–not only continues the marketing philosophy, but is extending the pace.

Unfortunately, Mitsubishi also is extending its prices with increases of between $2,000 and $4,000, depending on the model.

Least expensive in the four-model line is the base Montero, costing $18,000, with a five-speed manual. The flagship SR with a four-speed automatic jumps to $22,429. A full and fancy list of options–including leather upholstery, CD player and a daft device that reports altitude, temperature, direction and the vehicle’s angle of dangle–bounces that beyond $28,000.

The aforementioned dumb gadget is a $288 option called the Multimeter. A hooded cluster of dash-mounted dials, it features an inclinometer, altimeter, compass and thermometer and is little more than a weather and attitude station for drivers who like to play airline pilot.

A placard on the inclinometer speaks the final oddity: “Accurate Only When Completely Stopped.” Ergo, in fog, if a Montero comes to a sudden halt and the artificial horizon is pointing straight up and down, a motorist may wisely presume the vehicle has fallen over.

Blessedly, most other aspects of the new Montero are more sensible. The 3.0 liter V-6 engine has been improved to 151 horsepower with 174 foot-pounds of torque. The new platform is longer, wider and lower for reduced roll and flatter handling.

And the internal dimensions offer more head and legroom, front and back, than the Range Rover with dimensions and proportions that c ompare favorably to Carnegie Hall.

The chunky, purposeful look of the off-roader has been retained. But the wide shoulders and muscular haunches are softened by rounded edges and an increased slope to the grille. All angles, in fact, have been subdued to the point where they could have come from a passenger car. In the sport utility business, that’s the perfect look.

Our CS test car came in two-tone hunter-green and gold, with that boulevard paint another nod to the passenger-carrying perspective. But the vehicle also wore broad fender flares and large, really gnarly wheels and tires to please the sodbuster inherent in all.

Internally, the CS is a delight. The dash with large analog gauges is handsome before beautiful; the leather-clad steering wheel, hand brake and shifter are of heavier duty and heft, and the foot pedals are for boots before brogans. But none intimidates.

In bright sunlight, however, the instruments dim out. For drivers in sunglasses, the dark-red numbers on black gauges almost disappear. A midyear fix for backlighting is recommended.

The driver’s seat is spring-mounted with an adjustment for softness, and huge, easy-grab handles for lateral and vertical adjustments. Also, thankfully, it has big handles above the rear exits so passengers do not have to rappel to the ground.

Carpeting is rich and thick from foot wells to tailgate; the leather upholstery dresses the seats better than it fit the cow; and all routine cargo functions, from flattening the rear seats to opening the rear, do not require truckers’ biceps.

But there’s also a clutter in the back. Rear headrests stand tall. A covered spare wheel blots out a large portion of the rear window. Together, they reduce vision through the rear mirror to an uncomfortable glimpse and a prayer.

Side vision, however, is superb, thanks to mirrors big as television sets.

All Monteros include Mitsubishi’s four-wheel-drive system, plus a transfer case for high and low gearings, on or off the blacktop. Shifting between two- and four-wheel programs is on the fly at speeds below 62 m.p.h.

As with all sport-utilities, ownership requires certain concessions. These vehicles have a tendency to waddle and dip, so they must be driven more with deliberation than drama.

The Montero weighs two tons and then some, and a 151 horsepower engine simply isn’t going to propel it anywhere in a hurry. Particularly from rest or when loaded with tubas and six souls.

Drivers and passengers should also accept that they will be sitting high, almost on thrones, and that a sense of peering down becomes somewhat imperious. Do not succumb. This country is a republic and Buckingham Palace is already occupied.

But the Montero does provide an honest, purposeful ride accompanied by an enormous sense of security in this season of mudslides and quick thaws. It is strong and unpretentious but makes no apologies for its lack of finesse because it offers that sense of freedom to go anywhere.

It should be noted that on the final day of a week long road test, a pirate of the suburban night tried stealing the Montero.

So the vehicle certainly is attractive.

The thief slim-jimmed the door and smashed out the ignition but wasn’t able to start the vehicle.

So mark the Montero courageous and durable. One can’t ask much more from any sport utility. 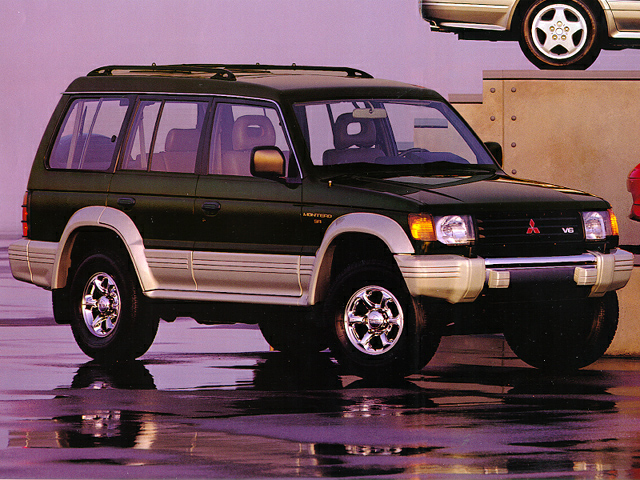