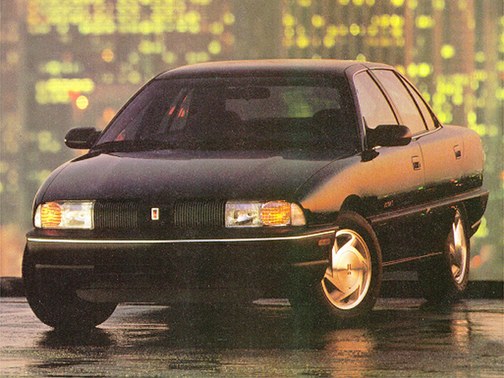 Our 1992 Oldsmobile Achieva trim comparison will help you decide.

If Saturn, GM’s innovative new small-car division, were to make a larger car, it probably would be very much like the new Oldsmobile Achieva.

This car feels as if it could have rolled out of a Japanese assembly plant. That’s because all the things that Americans like about American-made Saturns and Japanese cars – performance, style, quality and value for the money – can be found in the Achieva.

The Achieva confirms my belief that Oldsmobile has one of the strongest lineups of domestic vehicles.

PERFORMANCE ed with a 180-horsepower version of the GM’s Quad 4 – a 16-valve fuel-injected four cylinder that thinks it’s a V-8 – and a five-speed manual transmission.

Achieva also is available with an eight-valve version of the Quad 4 as well as a3.3 liter V-6. The test car sported a five-speed manual gearbox, although a three-speed automatic can be had on all three engines.

The test car’s high-output four cylinder and five-speed provide all the performance you ever are likely to need – and then some. Olds says (unofficially) the Achieva SC can rocket from 0-to-60 mph in 8.3 seconds.

The SC really doesn’t tear away from stoplights; rather, it picks up speed furiously after about 2,500 rpm. Many 16-valve engines develop most of their power when revved.

I have tested the Quad 4 in other GM products in the last two years, and I have noted the engine’s harsh character in the higher rpm ranges. But this year’s version seems a bit more refined; it runs smoother when you make it work hard.

The five-speed manual transmission is an excellent gearbox. The gears are well-calibrated to the engine’s power. But because the engine doesn’t have a lot of power in the lower rpm ranges, you still have to shift fairly frequently.

But that’s no bother because the clutch pedal is smooth and is operated easily.

Gas mileage in the test car wasn’t fabulous. In fact, it didn’t get close to its EPA-estimated 22 miles per gallon city, 31 mpg highway. In city driving the test car delivered 17.3 mpg and on a road trip, economy improved to 24 mpg.

However, I plead guilty to driving with all the enthusiasm the law allows.

Olds engineers have done a fine job tuning the Achieva SC’s MacPherson strut front and twist beam rear suspension system. Much like a Honda Accord, the Achieva has a soft, yet sporty ride.

All Achievas come with power-assisted rack and pinion steering and anti-lock brakes. With a turning radius of 35.3 feet, the Achieva is steered easily in most tight places.

The brake system consists of discs up front and drums in the rear. GM’s anti-lock brake system keeps getting better. The one on the Achieva was quiet, and there was no pulsing in the pedal.

I would like to see disc brakes on the rear, especially on the high-performance models.

In the week I drove the test car, I found it to be agile, nimble and pleasing to drive.

This is another strong area for the Achieva.

The sporty interior seems inspired by such cars as the Nissan Maxima and Toyota Camry, but it retains an American character. The dash featured four large round dials with analog gauges for all vital functions.

Controls for the air-conditioning system consist of two easy-to-use round knobs. I also like the stalk-mounted switches for the lights, cruise control and wipers. They were nicely designed and didn’t take more than a second or two to operate.

The cloth-covered buckets seats are the best I have yet encountered in a lower-priced GM car.

Comfortable, but firm and supportive and – finally – with enough padding, the seats feature a variety of electrical adjustment and clearly show that Olds is in tune with what buyers like in this type of car.

There is plenty of room for three rear passengers. Entry and exit into the rear is quite easy because the front seats slide out of the way when the upper portions are folded forward. The test car came with rear seats that split and fold forward, a $180 option that adds a bit of utility to the coupe.

The trunk is large enough to swallow about three full-size suitcases, and because the ledge of the trunk lid extends to the rear bumper, loading and unloading is easy on the back.

The Achieva comes with GM’s automatic door-locking system. When the car begins moving, the doors lock. This is a major annoyance. I can’t think of one good reason for doors that automatically lock. At the very least, the driver should have the option of overriding the system.

The Achieva gives Oldsmobile a potent entry in the compact car segment of the market. Take a look at this car if you are thinking of an Accord, Camry , Maxima, Tempo or other similar vehicle.

All model years for the Oldsmobile Achieva 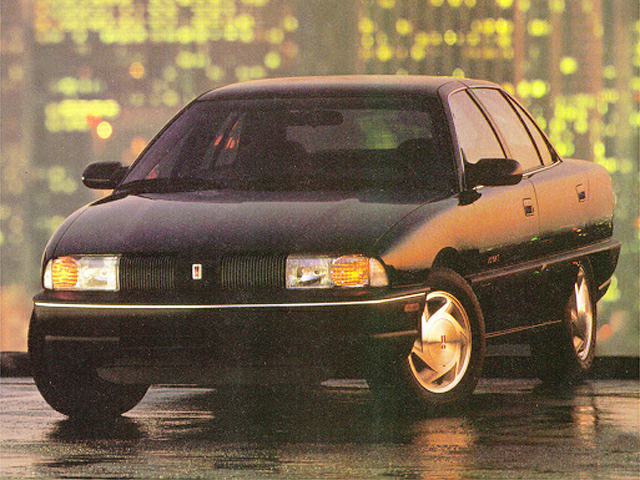