Our 2002 Oldsmobile Bravada trim comparison will help you decide.

The Chevrolet Trailblazer, GMC Envoy and Oldsmobile Bravada (probably the last new Oldsmobile ever) are thoroughly up-to-date renditions of today’s favored SUV characteristics: big but not-too-big trucks that drive like cars with lots of interior space and loads of power for performance and towing capability. And each is a vast improvement over the SUV it replaces. This trio holds its own against the leader of the SUV pack, the newly redesigned Ford Explorer, where the old Chevy Blazer, GMC Jimmy and former Olds Bravada fell short against the old Explorer.

A major draw is the new inline-six-cylinder engine, GM’s first in many years, that combines the inherent smoothness of a straight six with a solid 270 horsepower and comparable torque.

Engine power is strong and immediate, available throughout the RPM range. Whether creeping along in city traffic, accelerating from a stop or cruising at freeway speeds, this 4.2-liter engine is quietly competent. Each truck can tow a hefty 6,300 pounds. The downside to all that pulling power is a mighty thirst: Gas mileage is not good.

Larger than the SUVs they replace, the trucks’ interiors are roomy and accommodating, and a third row of seats is available in longer-wheelbase Trailblazers and Envoys.

I’ve driven the Envoy and Bravada, but not the mechanically identical Trailblazer, which undoubtedly will be the least expensive and most popular of the three.

Though sisters under the skin, each wears the distinctive styling of its GM division. They share only 30 percent of their body parts, so they look quite different from each other. I think the Envoy is the standout of the three.

Bravada was noticeably softer in ride and handling than the Envoy, which felt more solid and trucklike. Envoy handled more precisely than the Bravada, an obvious tradeoff by Oldsmobile for comfort. Personally, I preferred the occasional rough edge of the Envoy to the body sway of the Bravada. On the other hand, a late-night run to the boondocks for some meteor watching was unusually cozy and pleasant because of Bravada’s smooth refinement.

Though they are four-wheel drive, I would be hesitant to take either of these SUVs on any kind of rugged desert trail. The floor heights are low for better handling on the road and easier access for passengers, but limit off-roading prowess. My advice would be to stick to paved or graded roads.

The rack-and-pinion steering was responsive in either truck, though too numb with scant road feel. The four-wheel disc brakes were very effective though the pedal in both trucks felt mushy.

Both SUVs came nicely equipped with a full load of power and convenience features, including an easy to use computer system accessed f rom the steering wheel. Overall, the interiors are very nice, with simple gauges and controls that look good and function well. The gauges are unusually complete, including oil pressure, water temperature and charging system, all nicely arranged.

The interior of the Envoy was marred with some tacky-looking fake wood trim, mercifully absent in the Olds. Both of them had a weird little control for the electric mirrors that’s mounted on the top of the door sill, where it is easily hit by accident.

The seats are comfortable and supportive with plenty of head, leg and shoulder room for five all around. There are separate rear-passenger controls for heat and air-conditioning.

Neither truck comes cheap. The Envoy had $3,375 worth of options, including load-leveling suspension, locking rear differential, sunroof, running boards, aluminum wheels, stereo upgrade and rain-sensing wipers. The Oldsmobile came pretty much fully equipped, starting at a higher base price but finishi with a lower bottom line.

General Motors engineers and designers did their homework with the new trio of SUVs, and we should be seeing plenty of these on the road.

Loved the way it carried - good weight. Does not sway easily. Comfortable for long distances. Liked the air suspension, interior air. Featured enough room. Changed the computer after about 7ish years, & it worked great till now. July 2019 Wish this model was still made. Would buy it again.

Rating breakdown (out of 5):
6 people out of 6 found this review helpful. Did you?
Show full review
3.0

I love it. . I now live in it. I can't afford to have the frame welded. Lost job. Is this a factory reject ?

Rating breakdown (out of 5):
0 people out of 2 found this review helpful. Did you?
Show full review
4.6

So far very satisfied with my Bravada

March 6, 2019
By Jammin John from Fayetteville, NC
Owns this car

This SUV performs very well for its size and weight. Handles well also. Suspension is a little soft in the rear. But still gets the job done well.

Rating breakdown (out of 5):
4 people out of 4 found this review helpful. Did you?
Show full review
See all 15 consumer reviews

All model years for the Oldsmobile Bravada 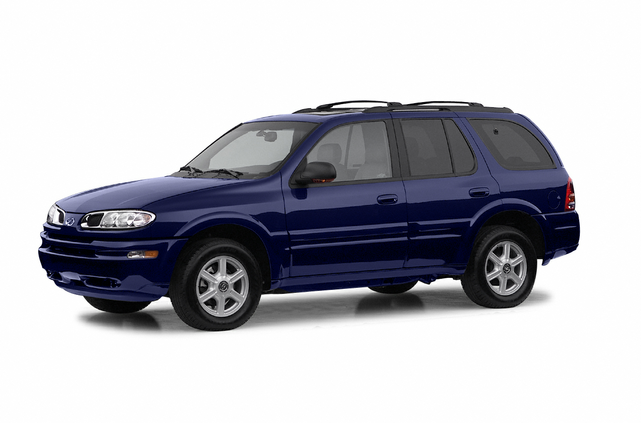 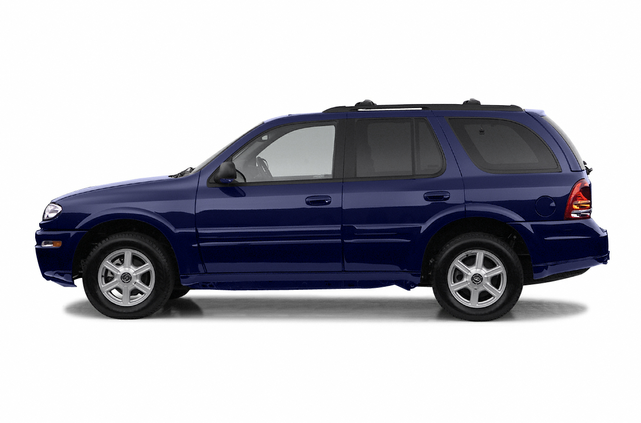 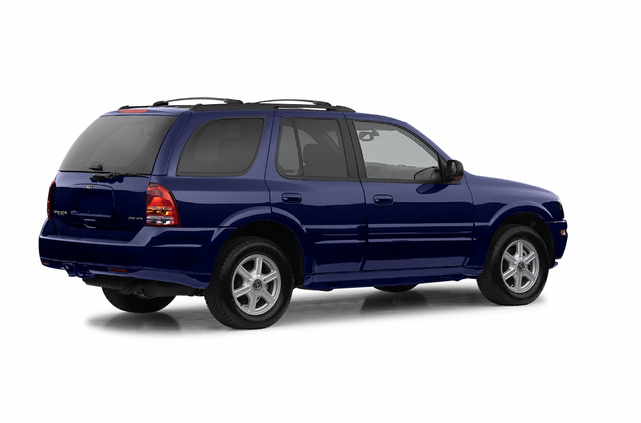 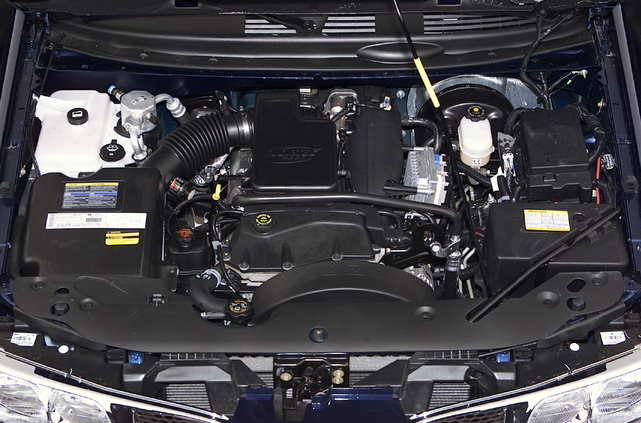 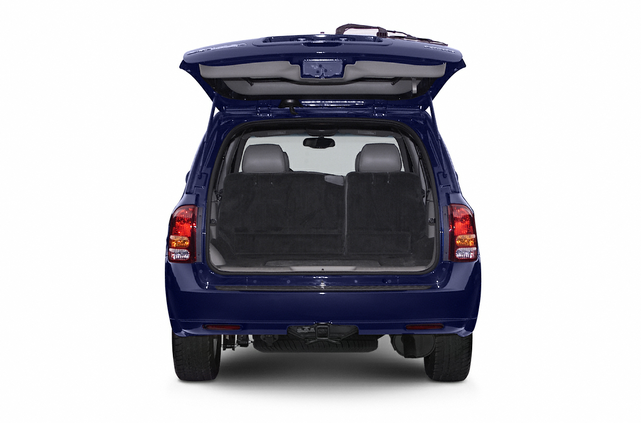 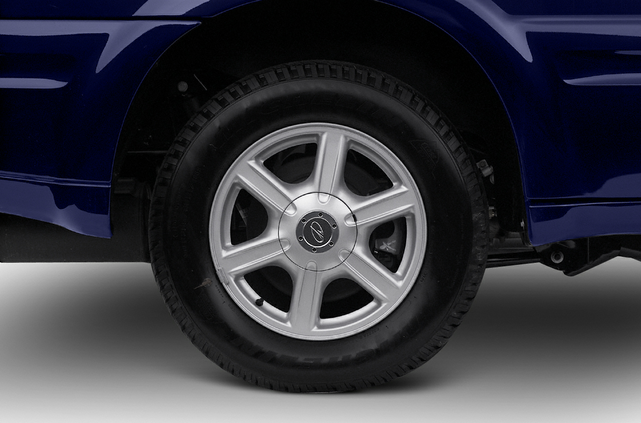 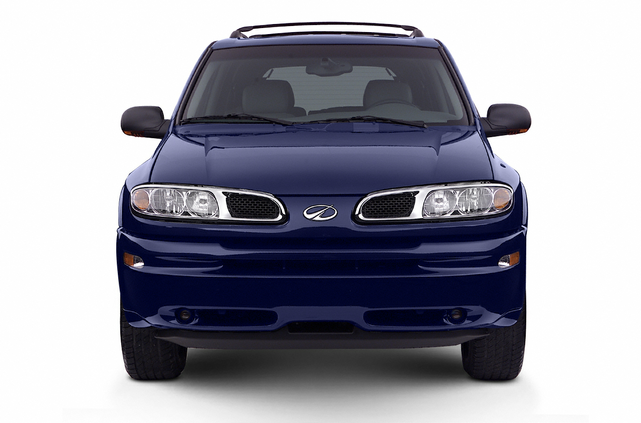 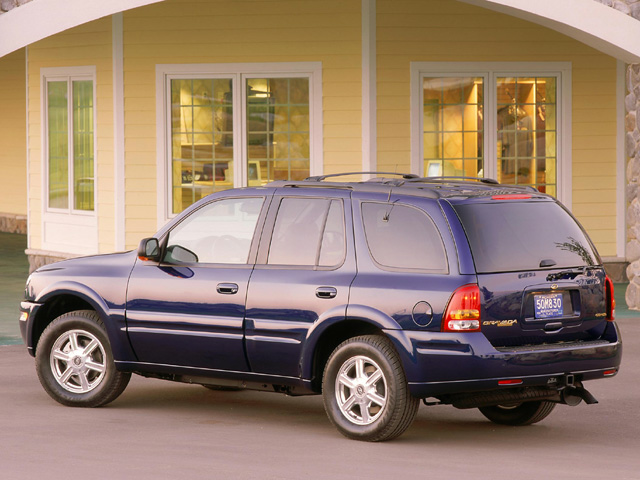 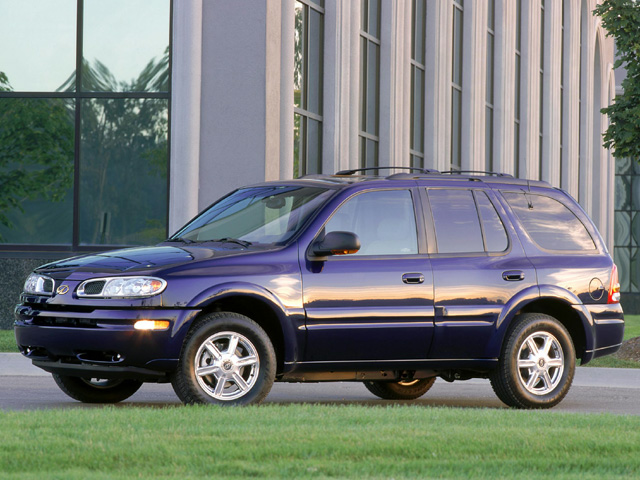 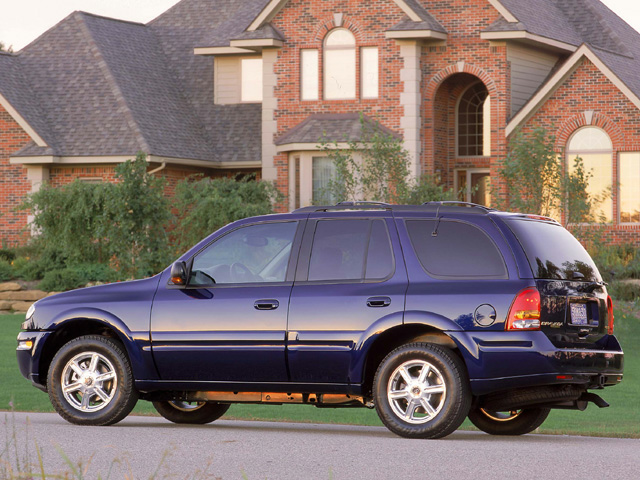 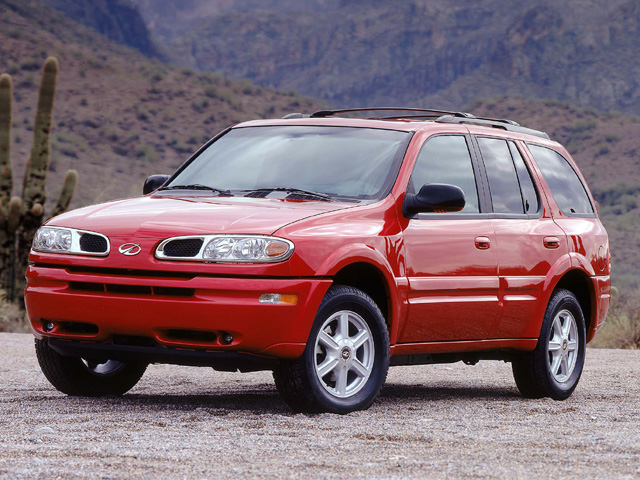 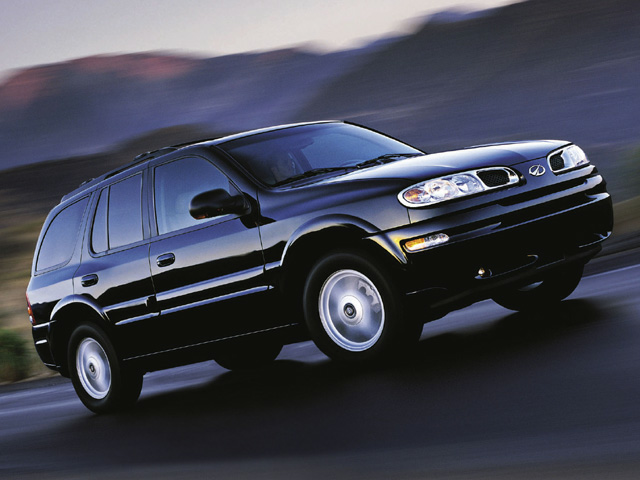 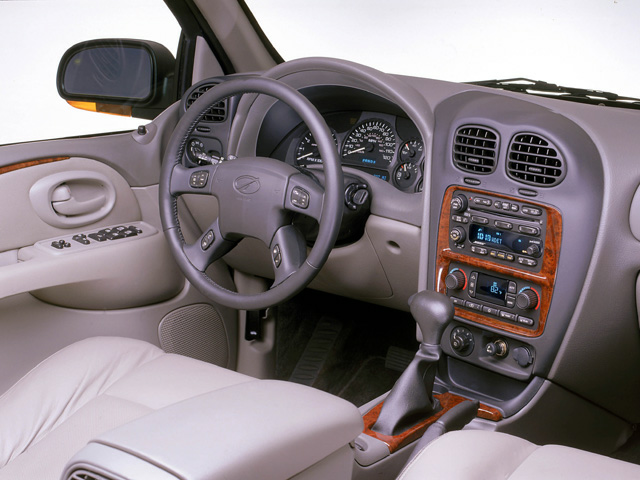 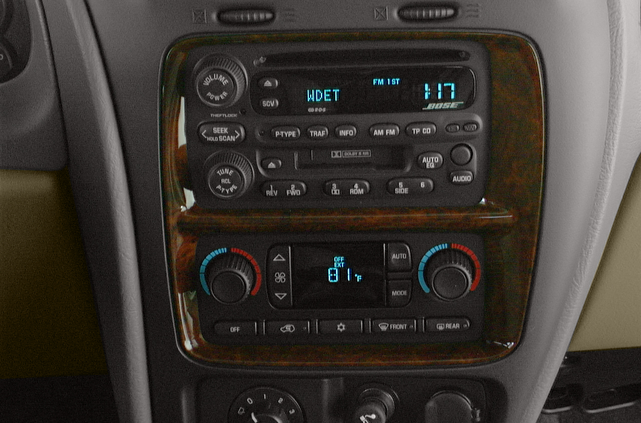 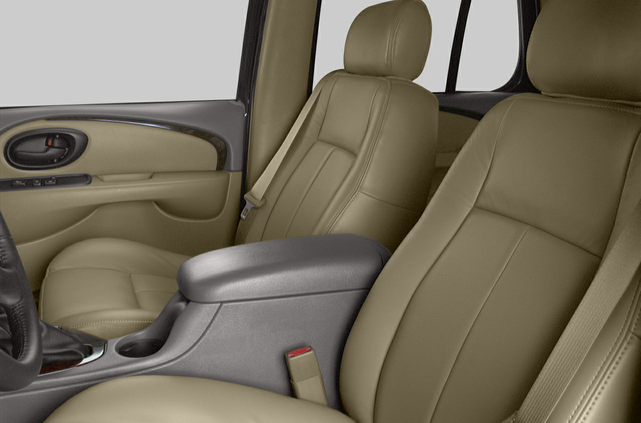 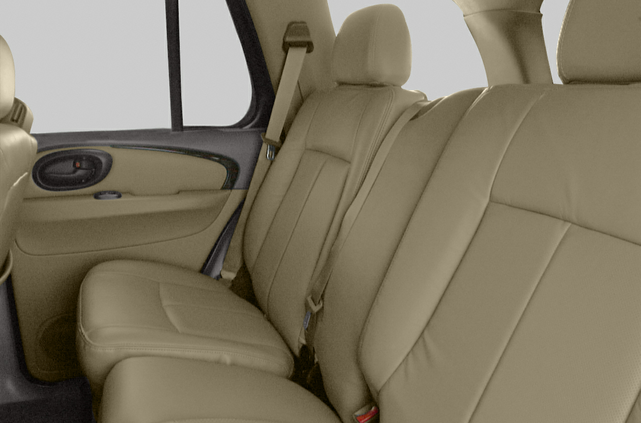 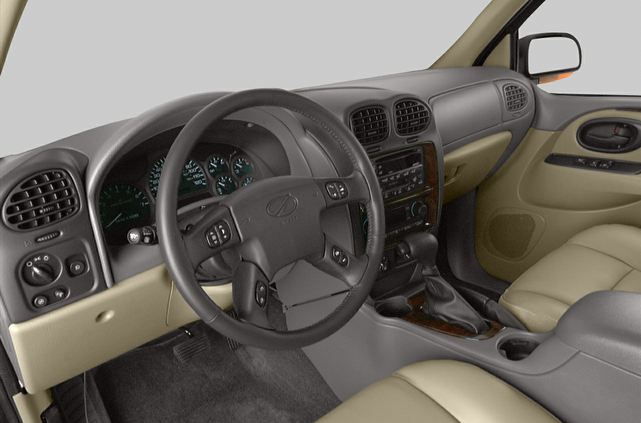