Our 1992 Oldsmobile Ninety-Eight trim comparison will help you decide.

In the General Motors Corp.’s tier of motor cars — Chevrolet, Pontiac, Oldsmobile, Buick and Cadillac — the Olds series may be considered third from the top. But with the 1992 Oldsmobile Ninety-Eight Regency Elite model, the lines differentiating this sedan and the top GM nameplate become blurred.

The Olds Ninety-Eight Regency Elite is a full-sized automobile that is designed to deliver the highest level of functional luxury and contemporary design. And if all the identification markings on the car were removed, it would take a practiced eye to determine the difference between the Elite and GM’s most expensive sedans.

Buyer demographics indicate the typical purchaser of this car is 55 years old and a fairly affluent professional. Such persons usually have quite definite ideas of what they want in an automobile, and the Regency Elite seems to satisfy their requirements.

This model has all the comforts and conveniences of upscale motoring, both in equipment and in interior finishings.

The car is 9 1/2 inches longer than past Ninety-Eights. This translates into more passenger room and trunk space. But the increased size hasn’t encumbered its maneuverability or ease of handling.

During the recent National Hot Rod Association U.S. Nationals at Indianapolis Raceway Park, where it was the official car, the Oldsmobile, was driven amid wall-to-wall people. The Elite spent long periods at a walking pace without balking or overheating.

In normal use, the car functions as a luxury automobile should. Driving is the essence of ease, with a full complement of electronic controls at hand to do one’s bidding.

Obviously the Elite four-door isn’t a sports sedan. A suspension system that provides a boulevard-style ride puts some limitations on throwing the car around. But the Elite buyer is not especially interested in being a fire-breathing road racer.

Courtesy of front-wheel drive, the car still handled quite decently, although if you hauled it into a tight corner running flat to the floor there was some body rock.

Maybe for image, you ought to have a V-8 in a $28,000 automobile. But the Elite’s super-smooth 3.8-liter V-6 acts like a V-8, and unless you look under the hood the average driver couldn’t tell the difference.

I’m still complaining about the horn buttons put next to the rim of the steering wheel where a driver rests his hands. On occasion it can cause the embarrassment of accidentally blowing the horn.

But that’s a minor glitch that in no way detracts from the attributes of a fine luxury automobile. It’s a car that makes a considerable contribution to the aura of Oldsmobile, and gives Olds dealers an upscale vehicle that complements their broad line of motor cars.

I love this car...period! I got this gem with 83k on it. It is responsive and is my favorite comfort car. Has an air ride that adjusts the weight when the trunk is full or passengers are in the back seat. It's 27 years old and still great for road trips...I've taken a few. With 104k now it's very reliable and my car of choice to drive. Big seats and full back seat too. I wish they still made these cars. Stereo sound is great too. A few mechanical issues: replaced fuel pump and some older parts needed to be replaced. But other than that just an all around great ride.

Longest lasting car with available parts that no.1

Great car for the money, smooth and quite. At 200,000 miles the only problem i had (only had it 2yrs) is transmission and thats only because the coolant lines blow of the radiator.

All model years for the Oldsmobile Ninety-Eight 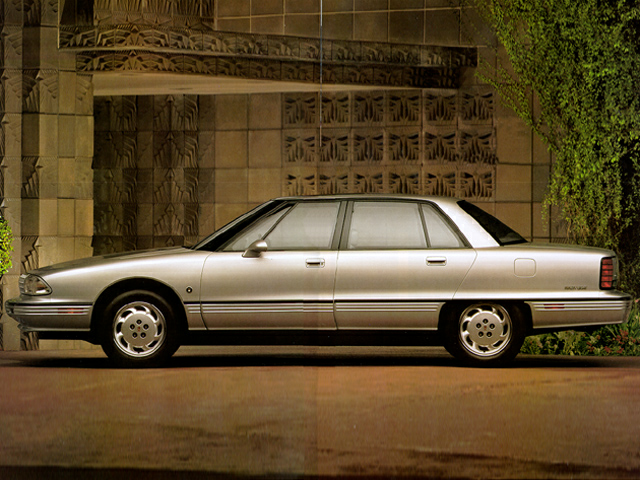