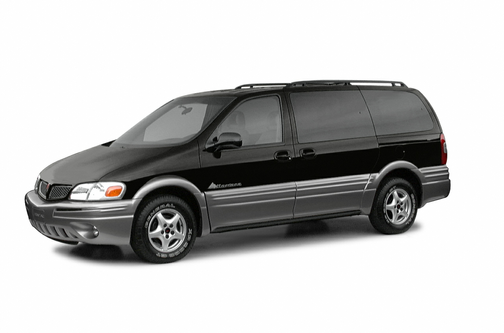 Our 2002 Pontiac Montana trim comparison will help you decide.

If the General Motors minivan lineup was missing one feature–and it was–that would be all-wheel-drive. By their nature minivans are meant to hold families with kids and what better way to ensure their safety than to offer AWD for all-season motoring?

Thanks to the 2001 Buick Rendezvous and Pontiac Aztek sport-utility vehicles, the GM minivans for the first time offer AWD for 2002. Rendezvous and Aztek borrowed the minivan platform to become reality for 2001 and in exchange, those SUVs gave the extended-wheelbase minivans their Versatrak all-wheel-drive systems for ’02.

We tested the AWD ’02 Pontiac Montana extended-wheelbase version with seven-passenger seating–two buckets, two buckets and a bench–which serves families well because the front-seat passenger can slip through the opening between the second row of buckets to get to the rugrats on the third-row bench.

Also new for ’02 is a DVD system. Having spent the last decade trying to master a VHS video recorder, we can only say the DVD does have its own charm and the picture clarity is better than with VHS tapes. The DVD is an electronic time-out designed to keep the aforementioned rugrats quiet in their safety seats on long trips.

Having taken a long-distance trip with the grandrugrats, we can attest that DVD works. We also can attest to the fact that one of the major advantages of a DVD over a VHS system is that when “Toy Story” credits start rolling on the screen that pops down from the roof, you merely restart the DVD disc to see the movie again. You don’t have to listen to the rats go ballistic for 10 minutes while a VHS tape rewinds. However, along about the 14th consecutive showing of “Toy Story,” the adults may need a time-out.

A VHS entertainment system had been a stand-alone $2,790 option before ’02, but the DVD system is part of a $3,600 package with several other items. An added cost is the purchase of DVDs to replace the VHS tapes in your library.

One other observation: The Montana has more cupholders than seats, yet not one holder for a “sippy cup,” one of those wide-bottom plastic thingamajigs with handles that weans kids off the bottle and prepares them to master a real cup. No big deal, you say? Then you hold that sippy cup through 14 showings of “Toy Story.” But we digress.

The extended-wheelbase Montana holds an incredible amount of people and their stuff, from the luggage to the gross of diapers necessitated by those 18 or so cupholders. If you can’t get all you need on the floor, under the seats or in the cargo hold in a van that’s 200 inches long, then you don’t need it.

Even when fully loaded, the 3.4-liter, 185-horsepower V-6 responds better than expected with ample kick when needed to pass. And the 18 m.p.g. city/24 m.p.g. highway rating is most welcome in an AWD vehicle. To provide AWD security plus extended driving range, a 25.5-gallon fuel tank is standard.

Jostle-free ride and decent handling, though expect some lean in corners from a 200-inch-long vehicle. No snow to test Versatrak, but several hours of surefootedness in a rainstorm. Base price of the extended AWD Montana tested was $33,810.

The Montana test came with the 1SY package as standard, which means it runs $3,600 more than without 1SY. The package adds the DVD system and such major items as rear-seat air conditioning; power driver/passenger seats; automatic level control; aluminum wheels; power assenger-side sliding rear door; self-sealing radials; and rear parking aid, a sonar sensor system that beeps to warn of objects behind when backing up.

While AWD is a welcome addition to the Montana lineup, couldn’t have asked for a worse time to add the security feature–during a mild winter.

Exceptional ride, superb handling, outstanding performance. The ’02 Pontiac Bonneville delivers on all counts. You also enjoy quick steering response and the ability to go in the direction pointed thanks to traction control that helps you get–and keep–going when rain or snow covers the pavement. Four-wheel ABS, front and side air bags and such amenities as air conditioning and power doors/windows/ mirrors. What more could you ask for?

What we would ask for is a major styling overhaul. Bonneville was last given a fresh look for the 2000 model year, but the car has not aged gracefully.

The midsize Grand Prix gets a remake for ’03, the compact Grand Am for ’04, and rumor has it that sometime after that, a new top-of-the-line Pontiac model merging Grand Prix and Bonneville would appear.

Base price of the ’02 SE sedan tested is $25,530, but with a host of options quickly tops $29,000. Add $2,130 for a package with an AM/FM stereo/CD upgrade to include cassette player along with leather bucket seats, OnStar communications system, leather-wrapped steering wheel with radio controls and dual zone air conditioning. And then there’s a power seat upgrade (driver standard) to include passenger side along with heat for both at $530, plus a power glass sunroof for $1,080.

Most comfortable van I've ever driven

I enjoy this vehicle It met my everyday need for 3 kids and driving from A to B. Even on long distance drives its like it is on auto pilot.

Best bang for the buck

February 17, 2019
By Gene Wedde from Wautoma WI
Owns this car

This is the 3rd Montana I have had and they are great UNTIL the head gaskets fail. I have hauled 1700 pounds of payload and gotten 24 mpg doing it so they are like an enclosed pick-up truck. Good value for the dollar spent!!

It runs really smooth. Only have to give it up because I got a new one. Would recommend this to friends.

All model years for the Pontiac Montana 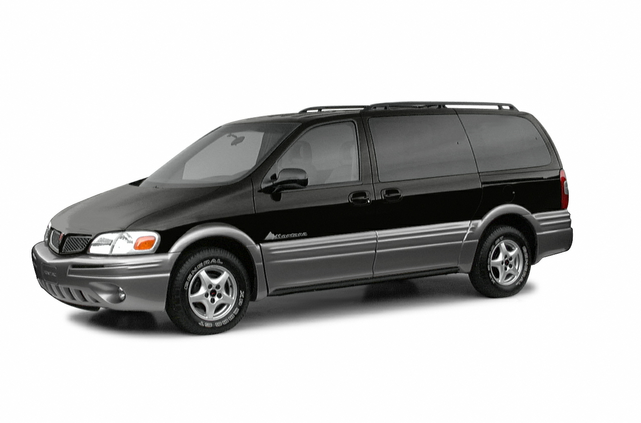 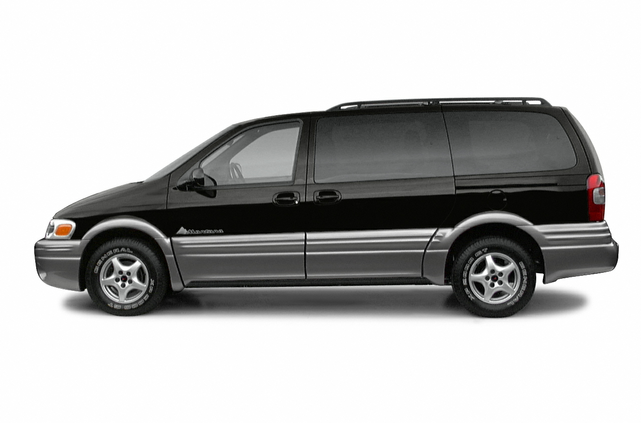 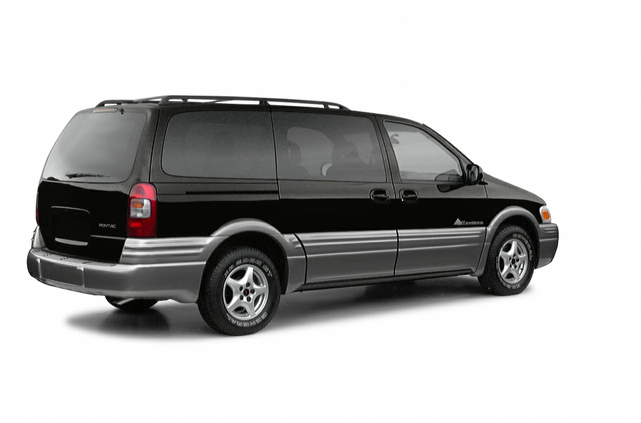 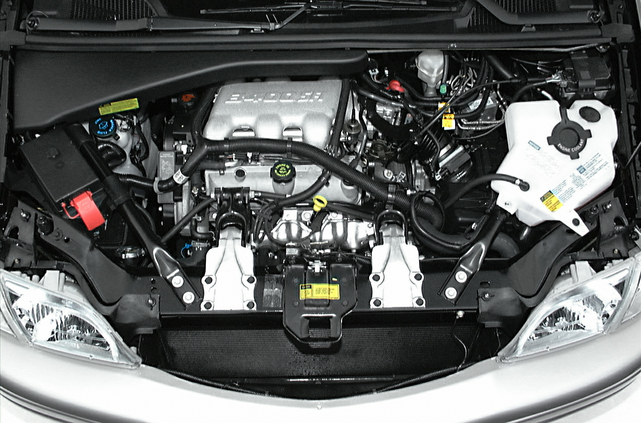 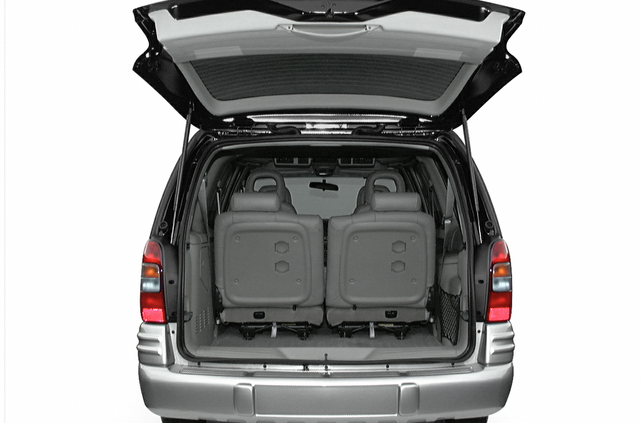 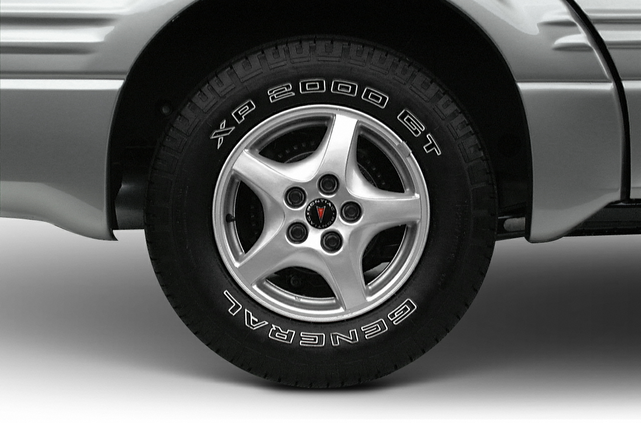 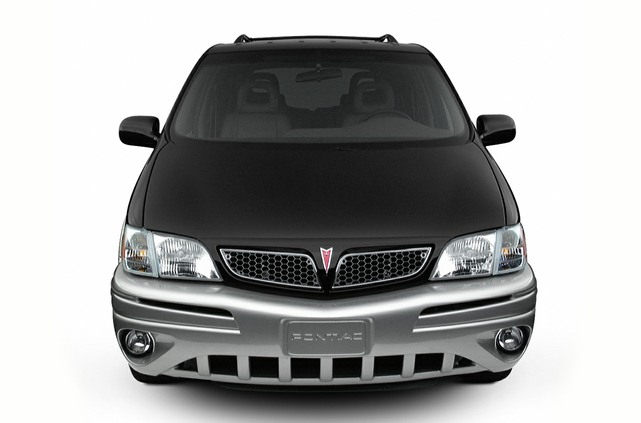 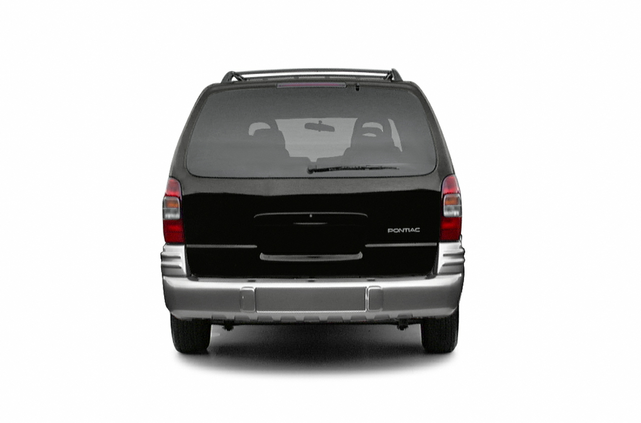 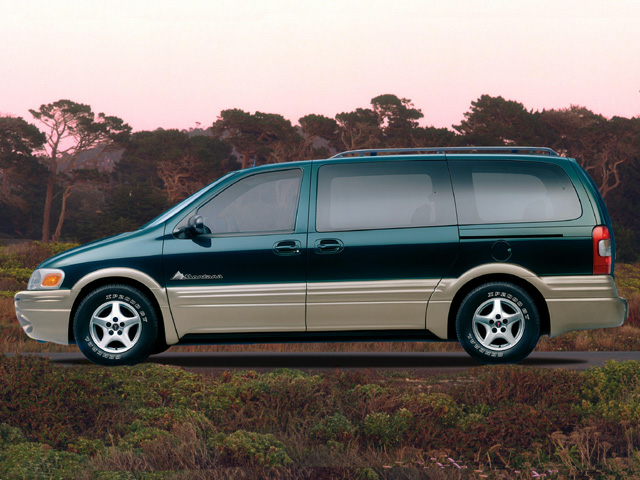 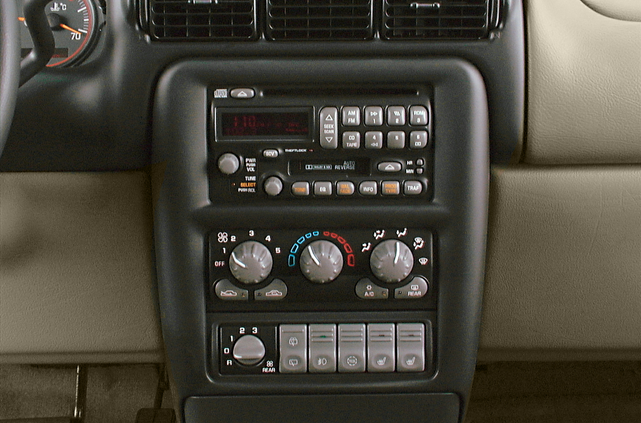 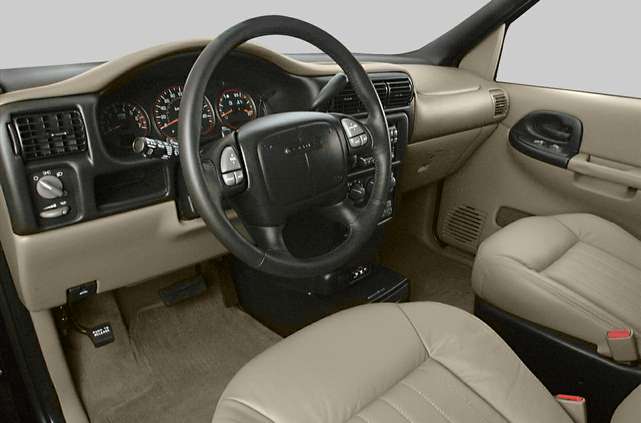 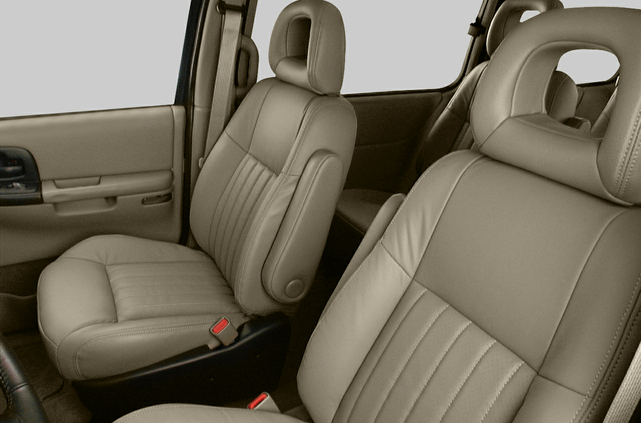 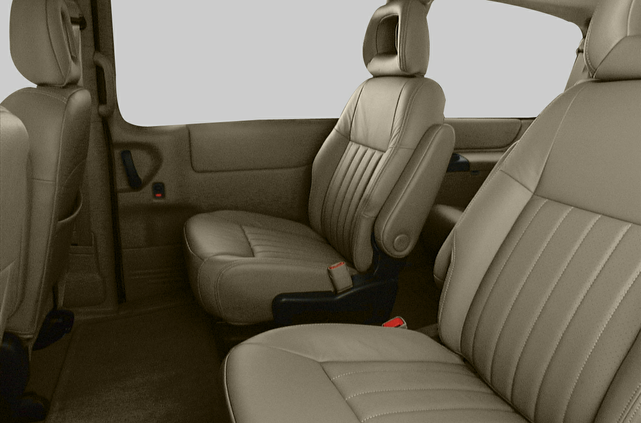