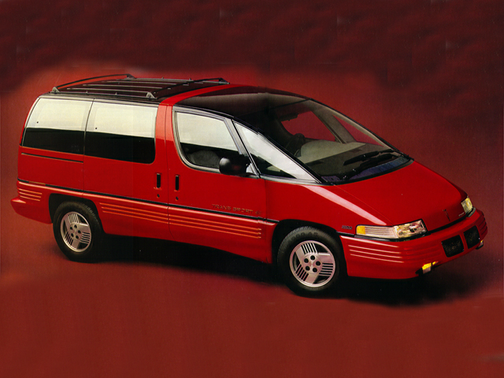 Our 1993 Pontiac Trans Sport trim comparison will help you decide.

The more we drive the slant-nose General Motors mini-vans, the more we come to like them in terms of ride, handling, room and comfort-even if the ski-slope nose still leaves us a bit cold.

With the addition of the optional 3.8-liter, 170-h.p., V-6 engine and 4-speed automatic last year, the Pontiac Trans Sport solved one of the van’s nagging problems-power to merge and pass.

By adding anti-lock brakes, the people hauler now can stop in a straight line regardless of road conditions without tipping the contents of any of the numerous cupholders well situated throughout the interior.

But the ’93 Trans Sport we test-drove still is lacking in a few departments. For starters, there’s no driver-side air bag and there won’t be until the 1994 model year. Rather than a protective cushion, you get radio controls in the steering column. At 50 m.p.h., how much solace does seek and scan offer when the vehicle ahead of you stops abruptly?

Another gripe is that the optional power sliding side door ($295) still isn’t available and won’t be until April. That’s the door we experienced at a media preview last summer that requires the driver only to press a button in the overhead roof console to open or close.

That door means neither Mom nor Dad has to run out in the rain or snow to help the tykes get in or out of the van. It also means you don’t have to wait 15 minutes while every member of the scout troop flexes his or her muscles andtries to close the door when you’ve parked on an incline.

And in case a child is in direct line with the door when it’s opening or closing, the door stops before it squeezes some sense . . . er, harms the little one.

Great feature, but again too bad it’s so long in coming out.

One problem soon to be attended to is the slanted nose. There’s minor cosmetic surgery for the 1994 model year to blunt that protruding hood. The big change comes in the 1996 model year, when the mini-van gets new styling and a front end more in keeping with the competition from Dodge and Plymouth.

Our test vehicle had a value equipment package that added most of the amenities such as power seats/windows/locks, tinted glass, remote keyless entry, air conditioning, power outside mirror s, automatic level control, cruise control, tilt steering, self-sealing tires, upgraded radio with cassette and graphic equalizer and controls in the steering wheel hub and luggage carrier for $4,518.

One option missing was the popup sunroof that’s been available for $300 since October. The sunroof would help circulate air among the seven seats and cargo hold.

Personally, we’d wait for the air bag and power sliding side door.

Easy to drive and operate good for holding cargo

Good for putting 6-7 people in to travel and tow small trailer/camper. Reliable and interesting look compared to other vehicles. Maintenance was sometimes challenging with layout under the hood. Otherwise a good vehicle.

Not the greatest car ever!

Did ok transmission was worn when we bought it not the van's fault I guess was never so happy to have an accident UPS truck ran a stop sign good bye transport but I have heard of them going well over 200k!

All model years for the Pontiac Trans Sport 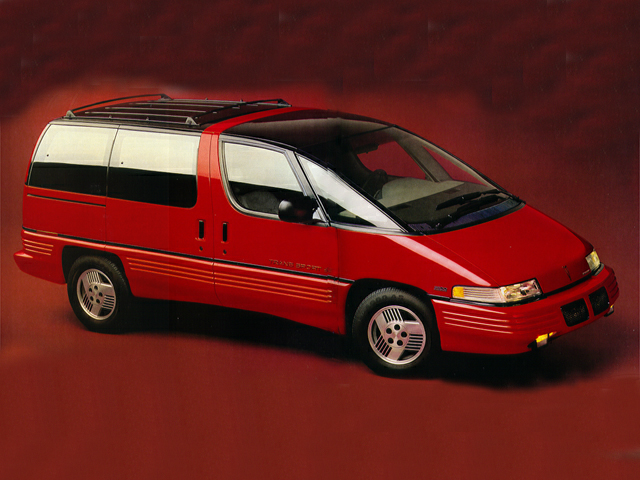