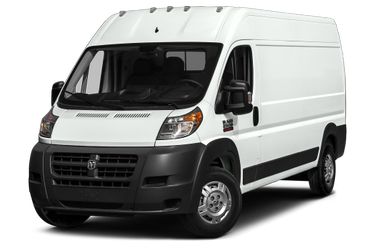 Worst Vehicle I have Ever Owned

Transmission inoperable after owning it for 8 days and driving it for 412 miles. Its been in the shop for 53 days now and even the Ram dealership cannot figure out what is wrong with the van.

I own two 2014 Ram Promasters. We use both for expedited freight, and we drive well over 100,000 per year. For my money, these are simply the best vans you can buy. Of the competition (Transit, Sprinter) they are the cheapest, by far the best in snow (FWD, no need for snow tires) and get the best mileage (20+ in summer, 18s in winter). Like all vans, resist the temptation to get the diesel - you won't save anything in fuel and when they break you are deeply screwed. After 3 years, I have 370k on one Promaster and 330k on the second. The Pentastar 3.6 is in every Chrysler, and generally it's durable, simple, and trouble free. The trans (contrary to what you've heard) has been in production since 2003 and is also in lots of Chryslers, and is basically bulletproof. The only fatal flaw with the engine is a valve problem that shows up around 150k. For me, it was more cost effective to replace the engine than to replace the head, but the good news is that junkyard engines are $1500 for one with less than 40k, and I changed it myself without too much trouble. Take the grill off, and these are easier to work on than a 60s car. If you did need a trans, they are also $1500 and a day's work to swap out. I did need a new engine in one van, but the other is at 370k and hasn't needed a thing, except an alternator. For towing get the Ford, but payload (4000+) and spacewise the PM wins. Tip: the 1500,2500,and 3500 PMs are identical, it is literally just the badge on the side. Same springs, same drivetrain, same cooling. So overall, I would have zero fear of buying another PM, miles are less important than you think.

Rating breakdown (out of 5):
2 people out of 2 found this review helpful. Did you?
Show full review