STOCKHOLM, Sweden — The first Saab I ever sat in was a vintage 96 — a Sixties-era hatchback with a quirky two-stroke, three-cylinder engine and a distinctive teardrop shape — that was owned by a high school buddy. It didn’t run and, to the best of my recollection, never did — even though we tried to fire it up a couple times.

Later, early in my automotive journalism career, I was lucky enough to test drive one of the first turbocharged Saabs, a black 99 hatchback. An experimental model that supposedly was one of the first of its kind in North America, this particular Saab evokes fond and brittle memories: the indescribable sensation of feeling the turbo kick in under heavy throttle and the wacky-looking Saab — it vaguely resembled a Bauhaus-inspired bathtub on wheels — literally lurching to one side, a victim of prodigious torque steer that has marked virtually every turbocharged Saab since then.

That car was great fun — until I was victimized by a hit-and-run driver in, of all things, a little red Pinto who fled the scene after she had managed to accordion the front end while running a red light in downtown Detroit.

Some three decades later, with one of Europe’s most idiosyncratic automakers now part of the General Motors Corp. family, it seemed appropriate to sample the newest Saab, the redesigned 9-3, on the company’s home turf in Sweden.

After a 225-kilometer drive from Stockholm north to the province of Uppsala, this amalgam of German-Swedish engineering — much of the new chassis is shared with the Opel Vectra — looks and feels more like a GM product than it does a Saab.

And that’s not necessarily a condemnation.

The biggest stretch is the switch of Saab’s mainstream car from its traditional hatchback body style to a more conventional four-door sedan configuration, a blatant attempt to reach a much broader audience that does not, as a rule, cotton to hatchbacks. This move alone causes the new 9-3 to surrender a good portion of its “Saabness,” despite the automaker’s mostly successful efforts to carry over the trademark front-end styling from the previous generation. The new shape is clean and appealing; it’s just not terribly distinctive.

Once ensconced in the cockpit, most traces of the former 9-3 have been erased, except for Saab’s stubborn insistence on locating the ignition switch below the shift lever on the center console (a dubious hallmark that may placate Saab loyalists, but will likely leave newcomers to the brand scratching their heads in puzzlement).

A surprisingly bland and generic instrument panel has replaced what was, at least for me, a striking and very individual interior face on earlier Saabs. The only other real giveaway on the new car, outside of the griffin logo in the center of the steering wheel, is the clever design of the little joysticks that control airflow through the vents.

Rear-seat occupants will find that, with a longer wheelbase and wider body , the new car feels much roomier than its predecessor. Trunk space, however, has been seriously compromised in the switch from five to four doors (14.8 cubic feet vs. 21.7 on the outgoing model).

In keeping with Saab’s long-term commitment to world-class safety, standard features on the new 9-3 include antilock brakes, traction and stability control, side air bags for front passengers and side air curtains that extend to the rear compartment.

The influence of GM and Opel and on the new 9-3 isn’t all bad. The new car is fun to drive, if not particularly memorable. The chassis is taut and compliant (at least on the smooth Swedish roads), the steering progressive and controlled, the brakes crisp and responsive. Both the standard 15-inch tires and the uplevel 17s exhibit good grip, without much sacrifice in ride comfort.

Indeed, the precision and solid feel of the chassis bode well for next year’s replacement for the Chevrolet Malibu. Like the Vectra and the new 9-3, the 004 Malibu will be built on a version of this corporate platform, which carries the internal GM designation Epsilon.

The choice of turbocharged powerplants includes a standard 2.0-liter four-cylinder that delivers 175 horsepower and a higher-pressure 2.0 that makes 210 horses. Both engines are based on the GM L850 global family that also does duty in Opel and Saturn vehicles, and have been extensively reworked by Saab engineers.

We were able to sample a base 9-3 Linear model with the 175 horsepower engine and an Aisin-Warner five-speed Triptronic-style automatic transmission, as well as the higher-output model with a Saab six-speed manual gearbox (even though the latter configuration won’t be offered in the United States until next March).

Both engine/transmission combinations are lively and entertaining, yet don’t provide the same sense of exhilaration and that unmistakable kick-in-the-pants rush that earlier Saab turbos did when the blower suddenly kicked in with a whoosh.

Saab, with a huge dollop of technical assistance from Russelsheim, has created a really terrific Opel — a competent mid-size four-door sedan that is at least as good as the Volvo S60, if not quite competitive in performance, looks and panache as BMW’s benchmark 3-series.

It just doesn’t seem like much of a Saab.

I continue to have the pleasure of owning and driving my 2002 SAAB 9-3 for 18 years. It has transitioned from weekend drive to daily commute, which has been nice. I enjoy everything about it, from its quirkiness to unique yet timeless presence. I have had fairly all standard work done on it, in accordance with the maturity of the car. I receive compliments from you

I’ve owned my 2002 9-3 for 16 years, have had many cars and this is the best, absolutely love it. Reliable, great in snow, 5 speed manual makes it sporty, handles well and engine is bullet-proof. Once got a full sized washer in the trunk. I drive it almost every day and still fun to drive. Take good care of it and you won’t be disappointed, my youngest son was raised in this car and now drives it when he can pry it out of my hands!

January 21, 2020
By Peggy from Water Valley
Owns this car

This has got to be the best car ive ever owned, even after wrecking it. I got it fixed aftet 2 yeats and it started righ up and is just as dependable as it ever was. Ill keep this car as long as possible. I love it 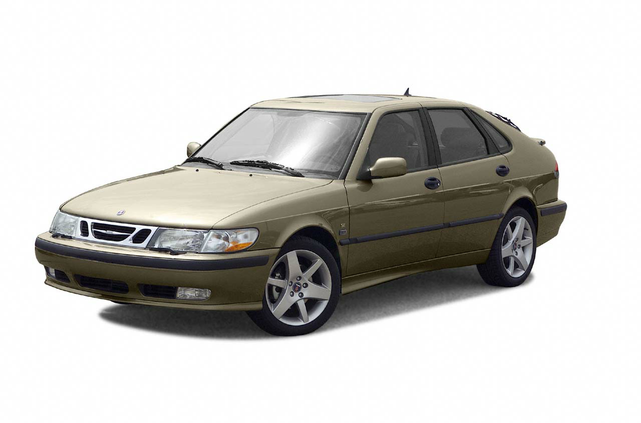 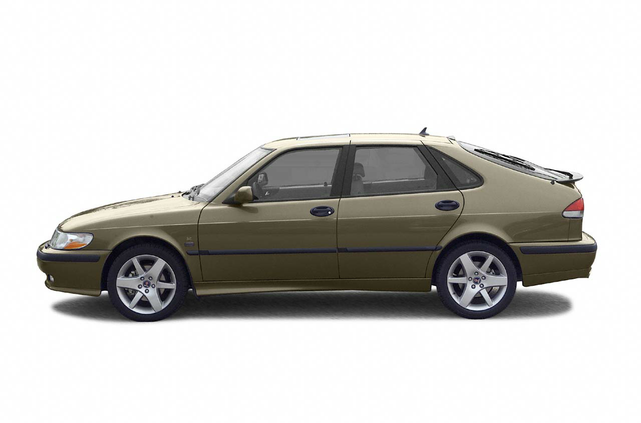 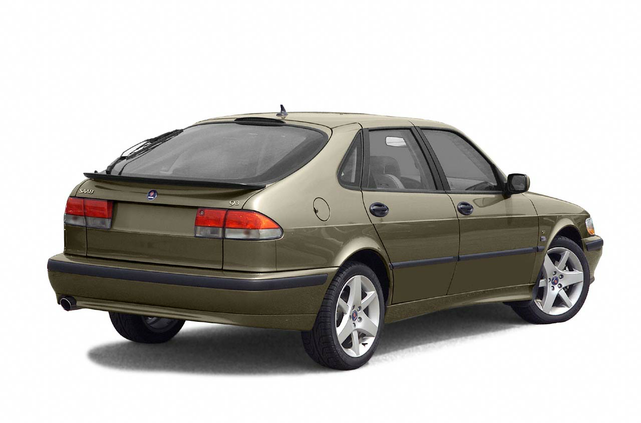 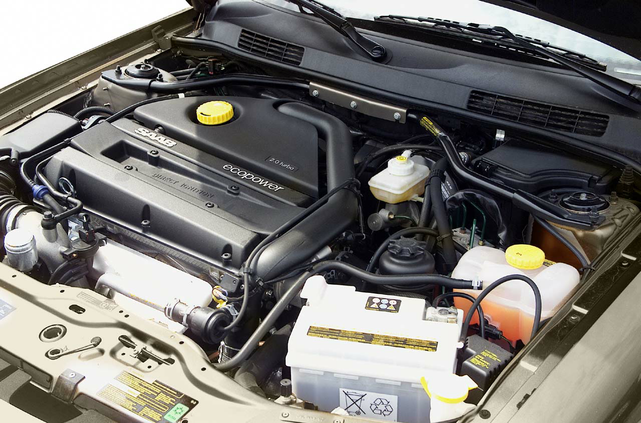 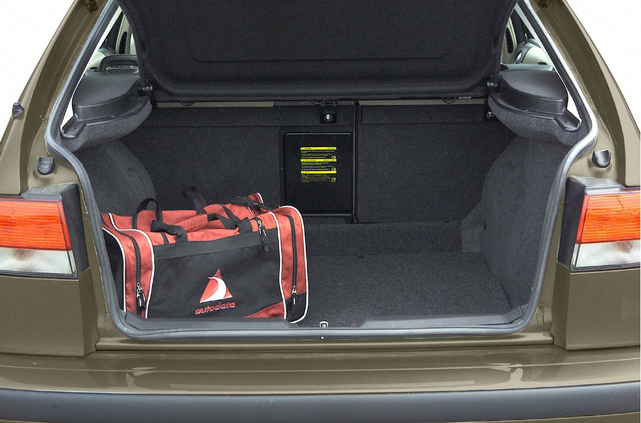 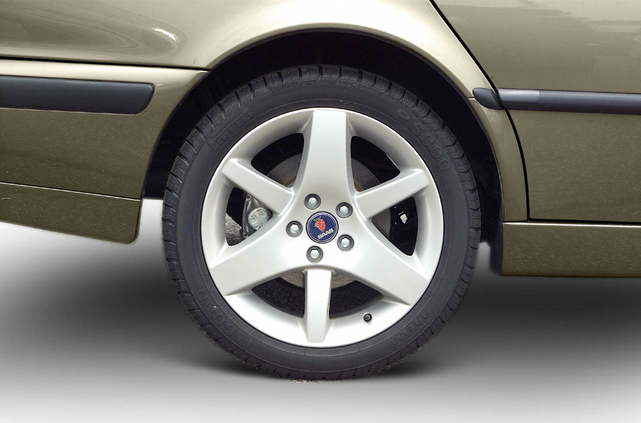 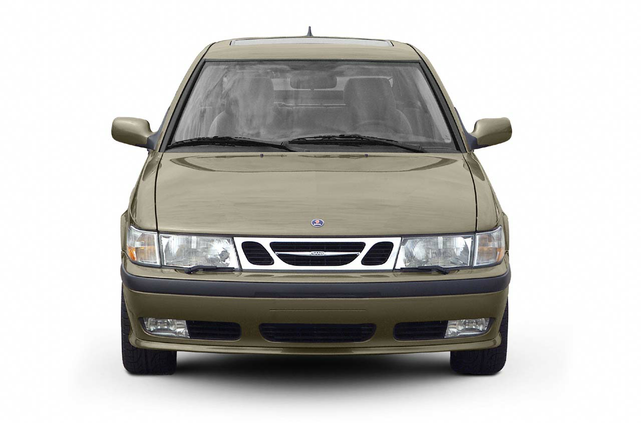 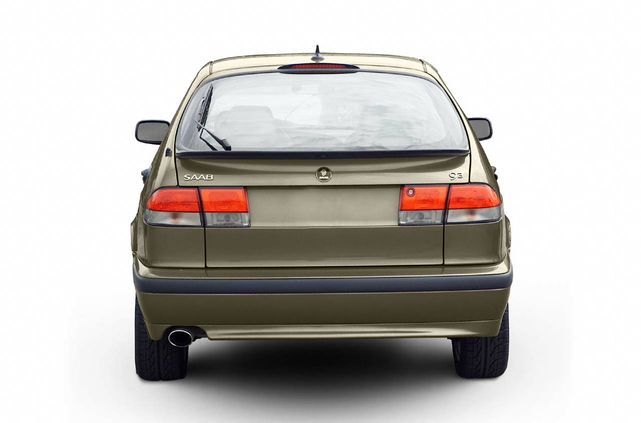 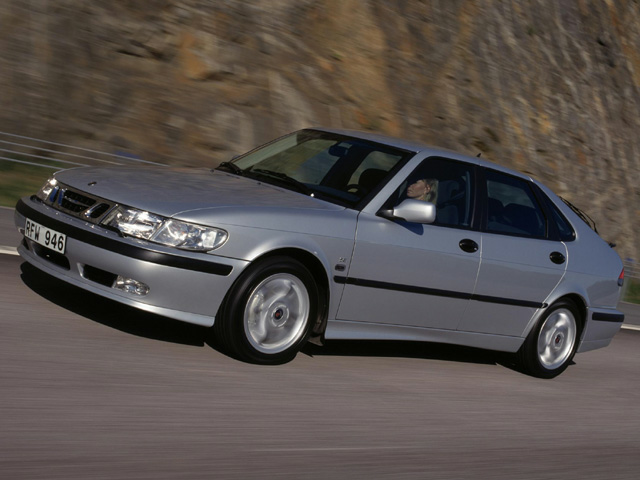 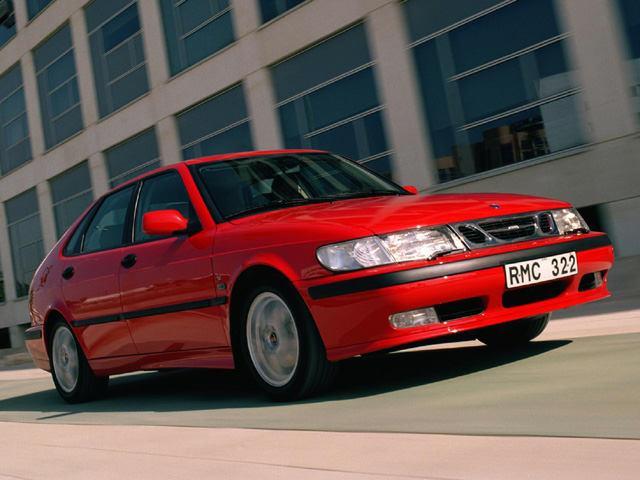 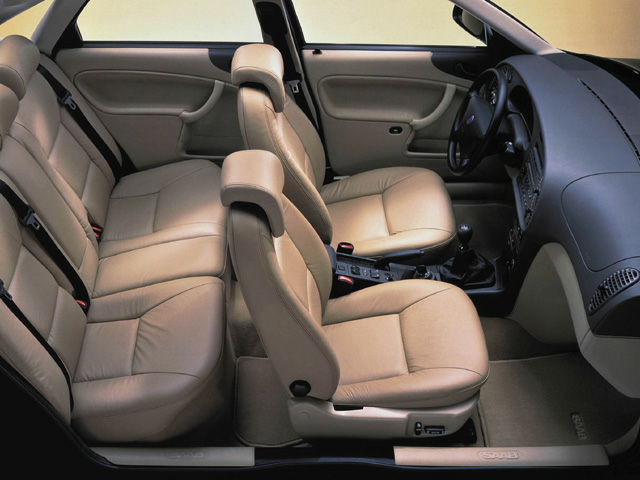 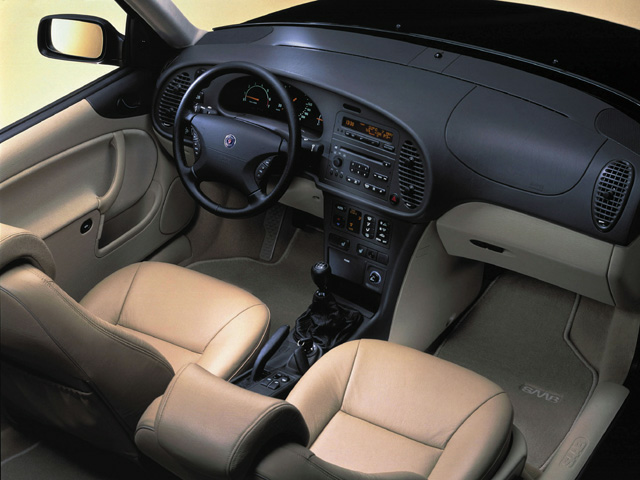 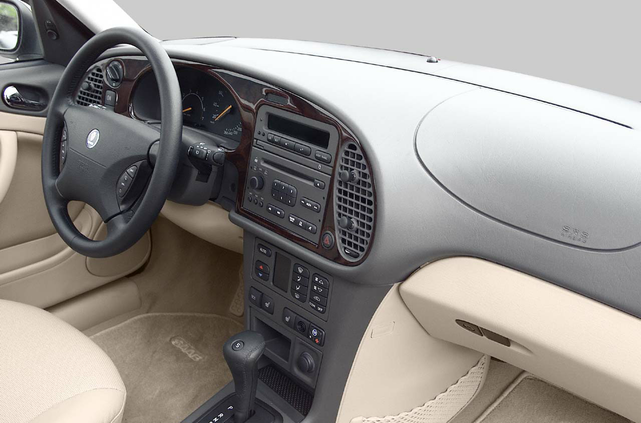 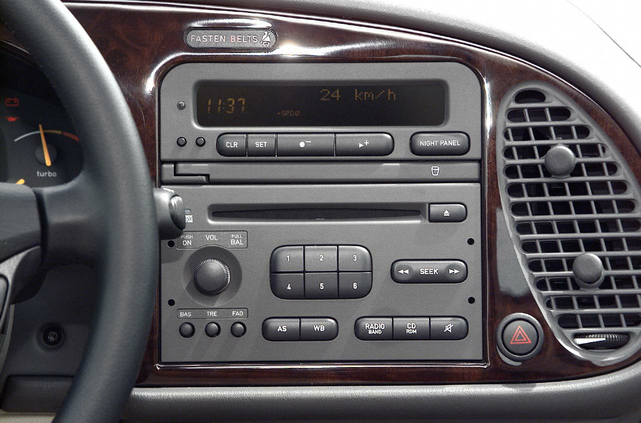 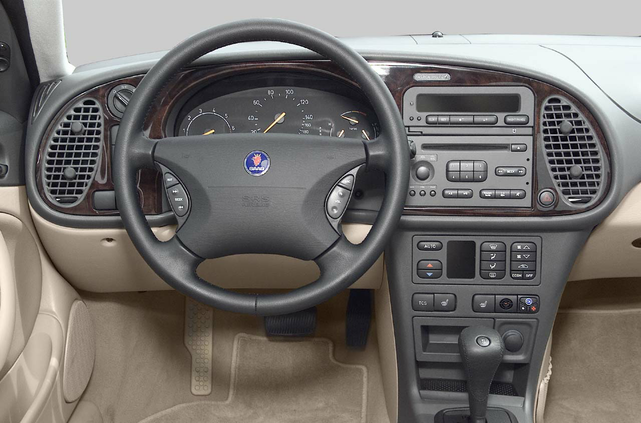 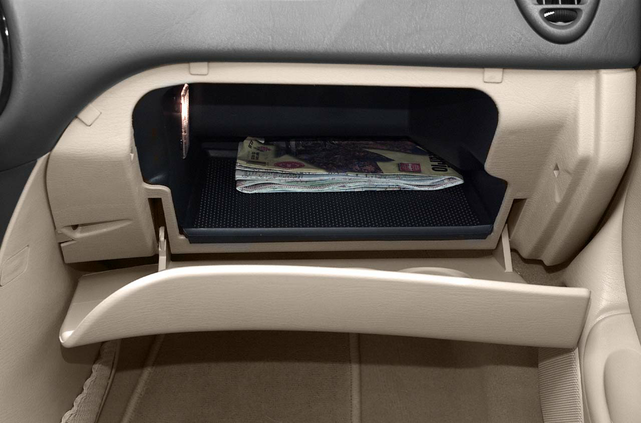 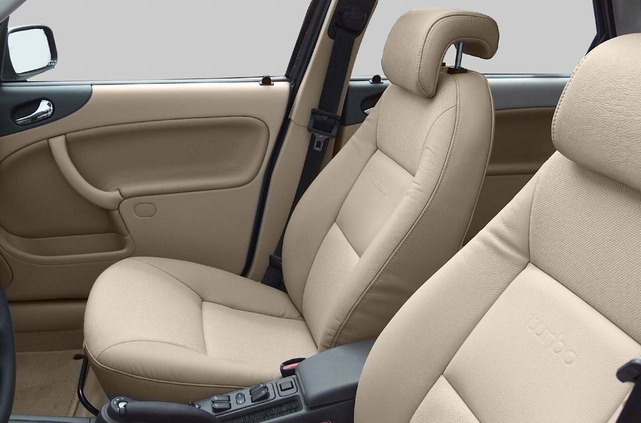 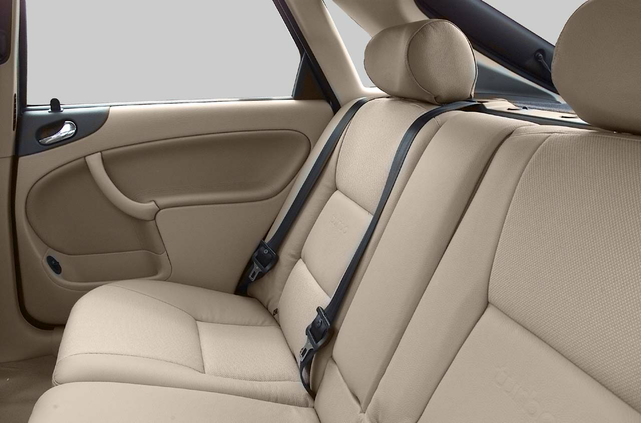 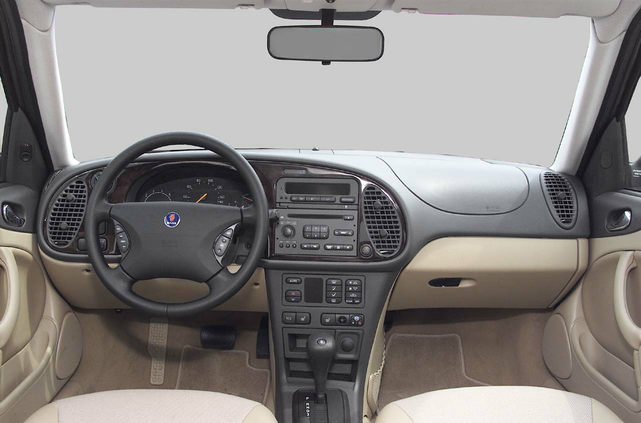