Any movement away from SUVs as the only people-hauling option would logically lead to more wagon sales. But Americans aren’t always big on the concept of station wagons, no matter their practicality or performance improvements over SUVs. That could explain the name of Saab’s redesigned 9-5 SportCombi, but don’t let it fool you. It’s just a Saab in wagon clothing, sans that dreadful “w” word.

As a wagon, the 9-5 is very adequate. The rear cargo area is one of the best in the segment. It’s wide and low, and offers a hidden storage tray and flush rails to hook in cargo nets and other utilitarian options. A low floor allows easy cargo loading, and even a small dog could jump up on its own. It’s only when viewed as a total package that the 9-5 loses some focus and our wagon-loving hearts.

Exterior
The 9-5 underwent some cosmetic surgery for 2006 and received a fully redesigned front end. The new headlight treatments look awkward in photographs, but in person they grow on you and offer a very modern (in a design sense) edge. It’s almost enough of an edge to get a shopper looking at a Dodge Magnum to consider the Swedish hauler. The back end, however, dramatically disappoints.

While Saab purists who loved past generations of bulbous hatchbacks might appreciate the awkward rear, unbiased aesthetics lovers will wrinkle their noses. Unlike the much more aerodynamic look of the smaller 9-3 SportCombi, Saab has gone with unoriginal horizontal taillights that seem out of place (some might even say they mimic Audi). The 9-3 does it right with sharp vertical brake lights that meld perfectly into the car’s design and offer an eccentric look Saab buyers prefer while still pleasing the masses. Here, only one group will be happy.

Ride & Handling
What’s very pleasing about the 9-5 is that it manages all the current trends of its competitors and puts them in one place. What do I mean? The steering is responsive enough that you won’t feel bad for not buying a BMW or Audi, but it isn’t as demanding as either. A daily commute can be either an absent-minded affair or as engaging as you can handle. Volvo and Lexus disconnect their drivers from the road a bit more, which makes Saab seem like a happy medium.

A combination of front-wheel drive, traction control, antilock brakes, an electronic stability system and the standard all-season tires assures drivers they’re in for the same steady ride in inclement weather.

The only ride harshness comes when traveling over bumpy streets or aging highways. Feedback from road imperfections is extreme from a near $40,000 midsize car that isn’t meant to be a performance model. You might be willing to sacrifice a completely plush ride in a sportier car, but in a wagon it should be smoother than the 9-5 offers. This may be due to my test vehicle’s equipped Sport package; I’d recommend passing on this option if it improves ride quality.

Going & Stopping
The 9-5 SportCombi has only one engine choice, but that’s OK. I enjoyed the 260-horsepower, turbo 2.3-liter inline-four-cylinder engine, as the 9-5 again perfectly complements the mix of personalities displayed in the handling. At a leisurely pace the turbo doesn’t rear its head at odd times to jolt you out of a nice cruise, but the turbocharged engine supplies plenty of power and acceleration when you want to pass the Sunday driver ahead of you. There’s a noticeable lag before the turbo activates, but it doesn’t negatively impact the overall driving experience.

Braking was above average and had acceptable pedal feel. However, where so many of the car’s other driving attributes were worth noting, braking never ranked high on the list.

Inside
Here’s where you start to feel sorry for the little Swedish automaker owned by the big conglomerate known as General Motors. The fact that this redesign was only a midlife refreshening (when an automaker will change certain aspects of the car’s looks and content, but not significantly enough to call it “all-new”) impacts the interior most of all. While the leather seats were comfortable, they certainly didn’t feel rich or luxurious to the touch. The driver’s seat even made an embarrassing noise when it rubbed against the center console as I tried to get comfortable.

Eccentricity returned with the trademark Saab placement of the ignition in the center of the car, right below the shifter, as well as the oversized air vents and hideaway cupholder. All three are actually favorites of mine. What didn’t win praise was the navigation system that also controlled stereo functions. The ergonomics were fine, but the LCD display itself looked outdated by at least five years and was hard to read.

Many of the other buttons and controls were bulky and seemed larger than they needed to be, especially the overhead lamps and sunroof controls. Another pet peeve seen in older models is the down-only one-touch operation for the driver’s side window. Not only can’t you control both front windows with one touch, but you can’t roll up the driver’s side with a simple finger flick either. Most importantly, none of the controls felt like they belonged in a $40,000 vehicle. If this were a less expensive wagon, in the high $20,000 range, they would be perfectly acceptable.

I mentioned the terrific cargo area earlier, but the fold-down rear seats that allow it to expand have a cumbersome design, requiring the seat bottoms to flip up before the backrests could fold flat. To get it to work properly I had to move the driver’s seat far forward. It could only move back to a comfortable position after the rear seats had been folded. Other models allow the seats to fold flat or almost flat without the seat bottoms flipping up, but if the seat bottoms must be raised there should be enough room to do so without having to move the front seats. It’s a shame, because the space is terrific for families with dogs or a healthy Costco habit.

Safety
The 9-5 wagon comes equipped with numerous safety features, but could do better. There are front-seat head and torso side-impact airbags (maybe that’s why the seat was rubbing so badly) on top of the mandated front airbags, but there are no side curtain airbags to provide protection in side-impact collisions. There are active head restraints for front occupants.

9-5 in the Market
Many of the inconsistencies found in the Saab 9-5 could be overlooked if it weren’t for the high sticker price. There is plenty of content here and a pleasing driving experience, but the bottom line can’t help but creep into the discussion. And while similarly sized BMW and Mercedes-Benz models are more expensive, other European wagons like the Volkswagen Passat have more power, available all-wheel drive and are more technologically advanced for a similar price.

September 20, 2019
By GH from Colleyville TX
Owns this car

This vehicle has everything we require for our family. It can even pull our granddaughter’s horse trailer. When rear seats are lowered, it is also perfect for taking our 4 dogs to the park. The roof rack carries extra luggage. Seats are very comfortable and adjustable.

February 7, 2014
By Saab aficionado from Tucson, AZ
Owns this car

Began owning Saabs in the 80's. Never bought new. Owned my last Saab -- a 1996 900S -- for 12 years and drove it for over 120,000 trouble-free miles. It is still looks and acts young. Moved to a 9-5 wagon with a view to it being my last car purchase. I love it! It has all the features I hoped to get -- luxury and great sound system. I bought this particular model for the added interior space. Through Cars.com, I chose my car without the advantage of a test drive because I live a few states from where it was being sold. The price was right, the miles were very low, and the photos showed me all the rest. When it arrived close to my location, it was all it appeared to be. I fell in love driving it the remaining 130 miles home. It is a Saab -- which for me says it all. I felt in familiar surroundings. This is my first Turbo engine and it is impressive. Took my first road trip and enjoyed every mile. Can hardly wait to go see the grandkids. 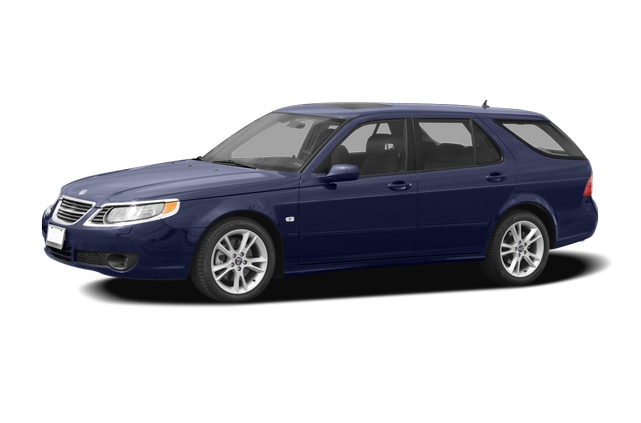 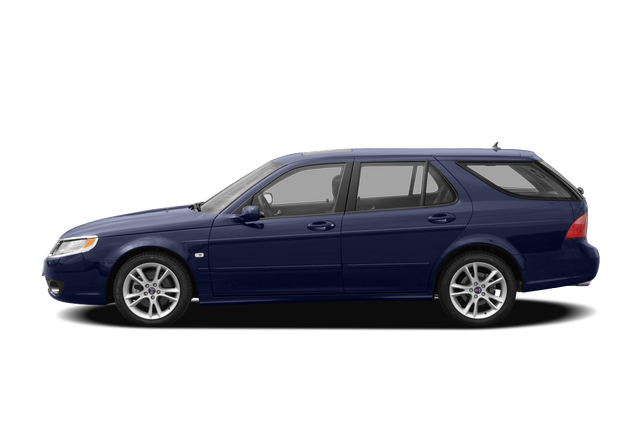 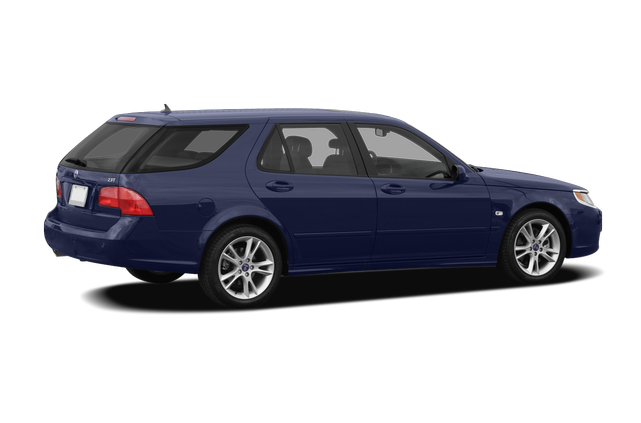 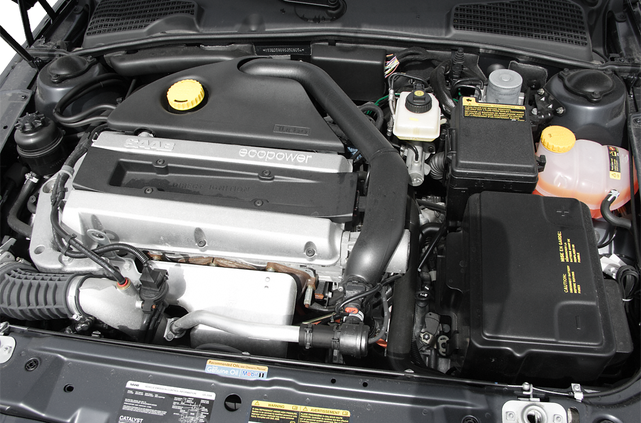 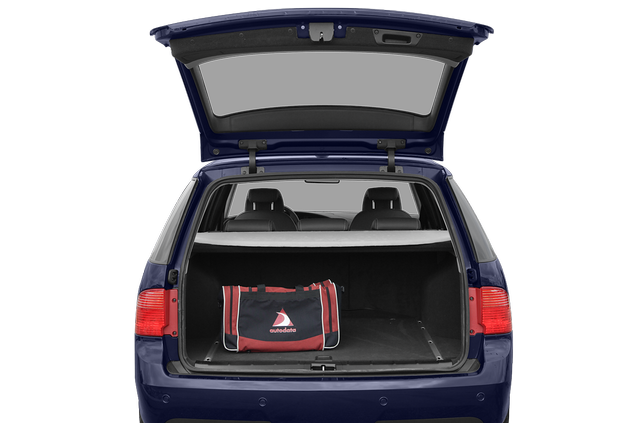 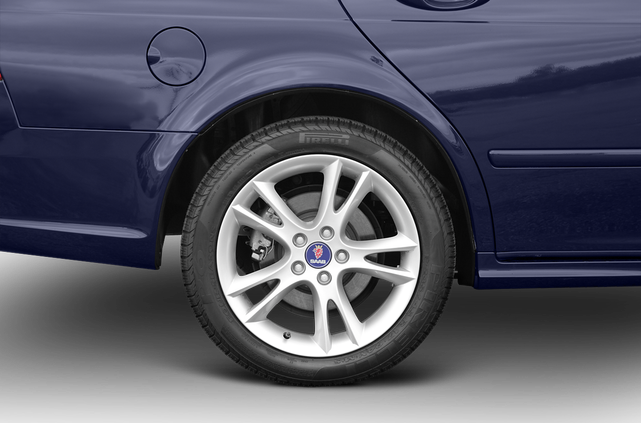 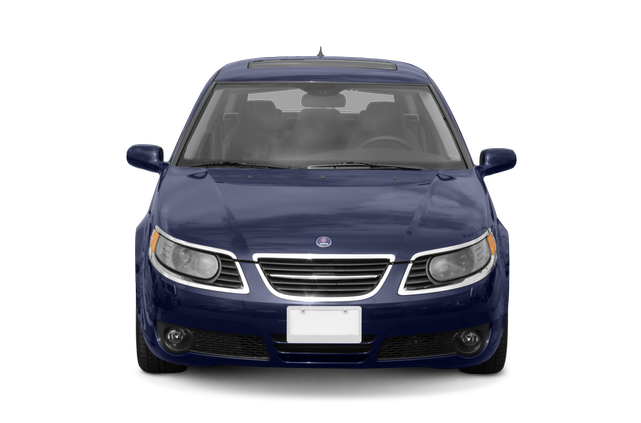 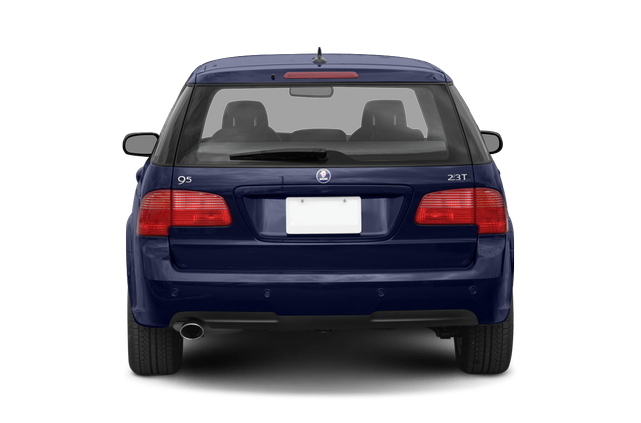 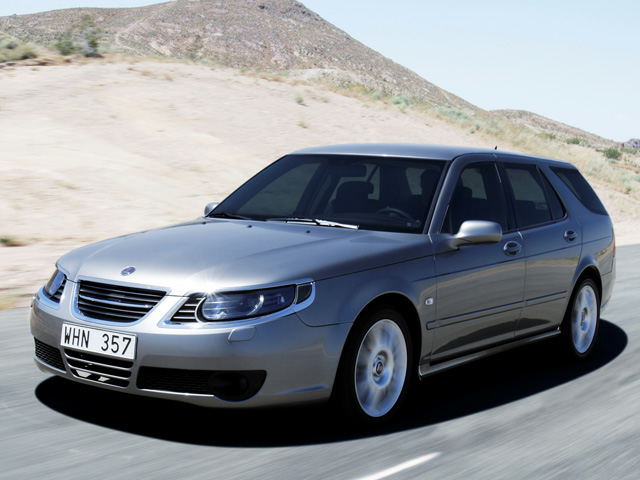 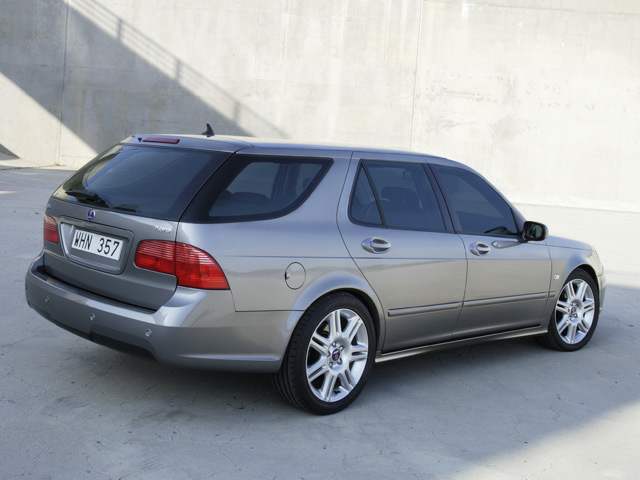 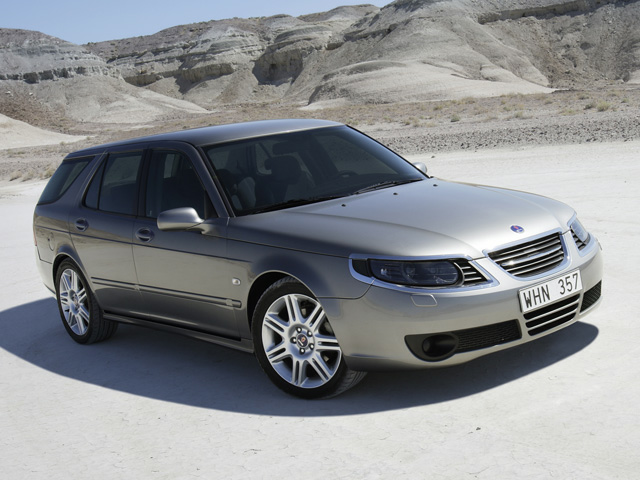 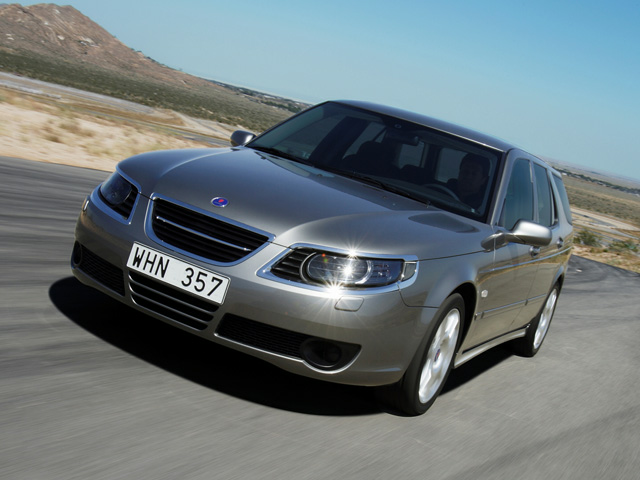 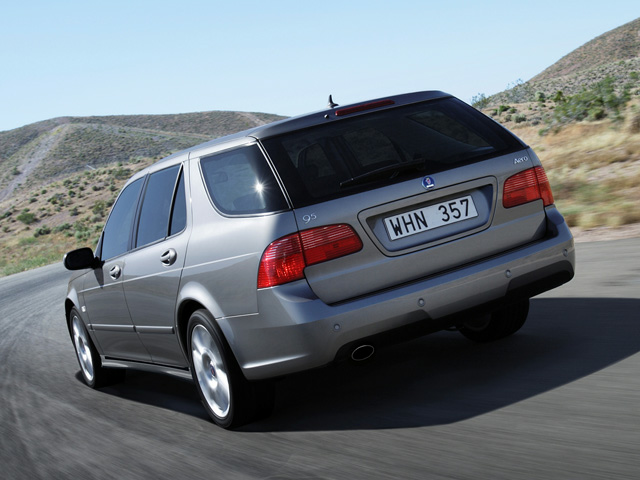 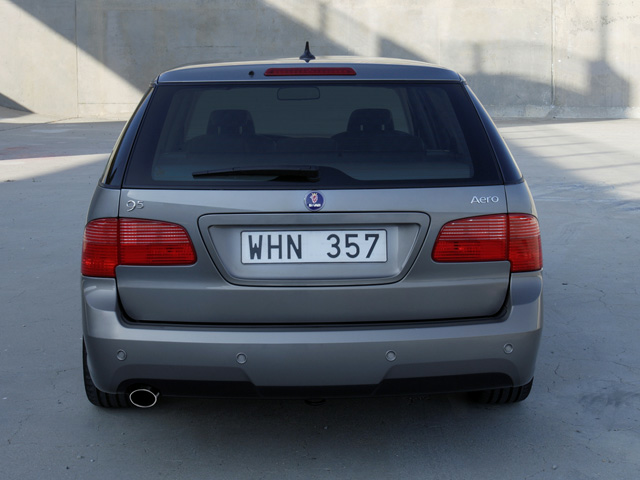 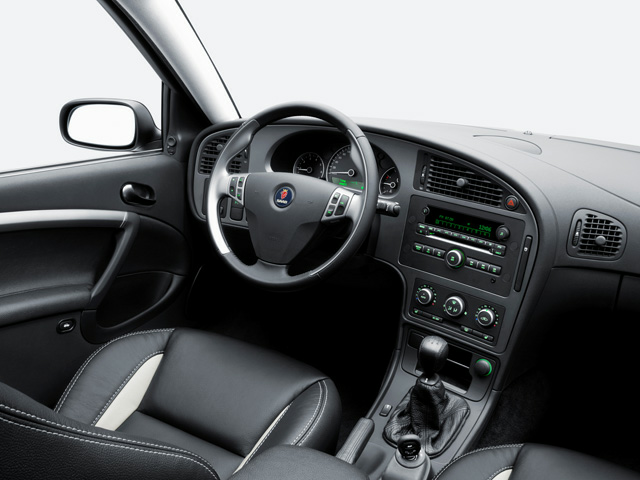 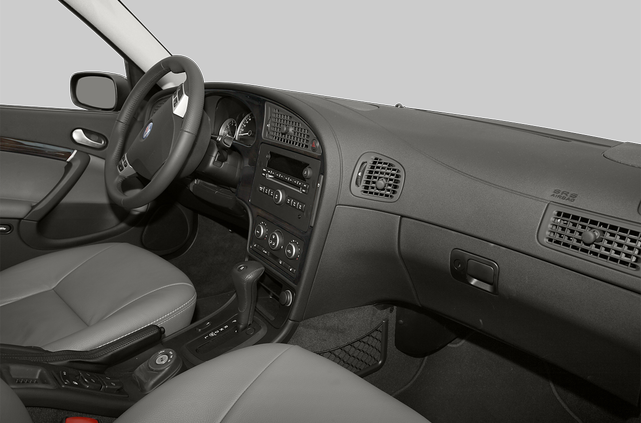 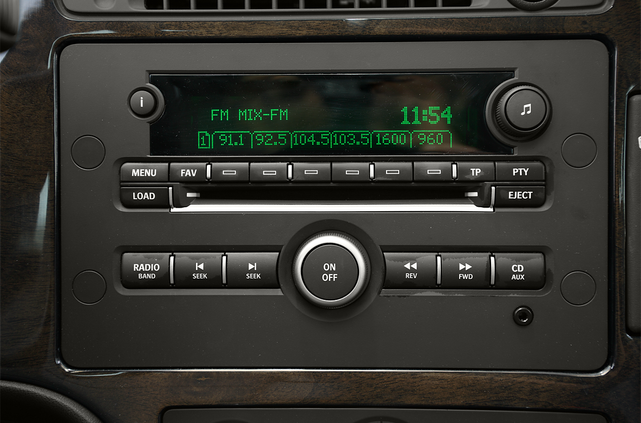 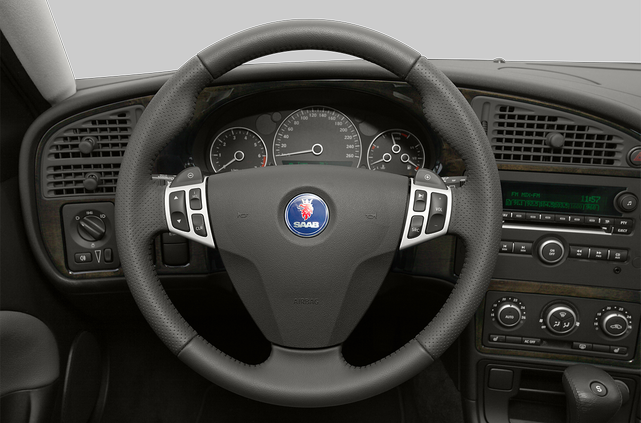 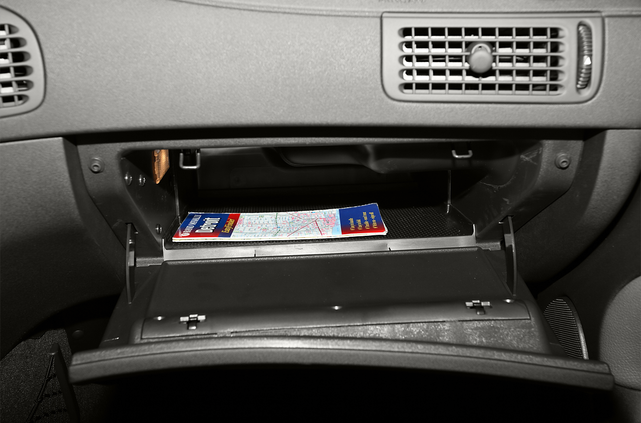 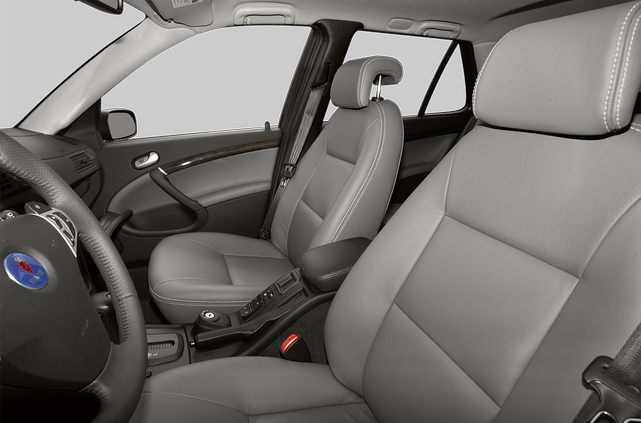 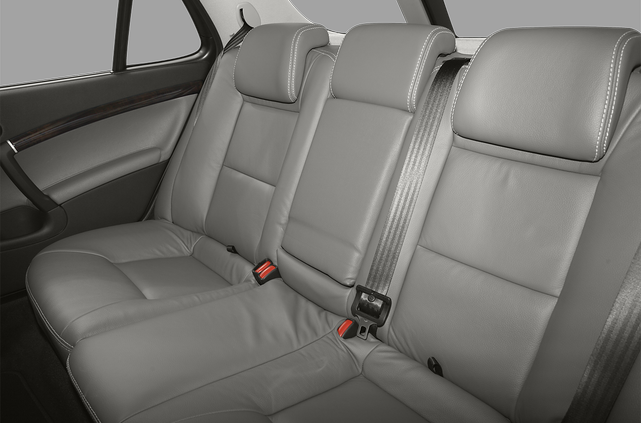 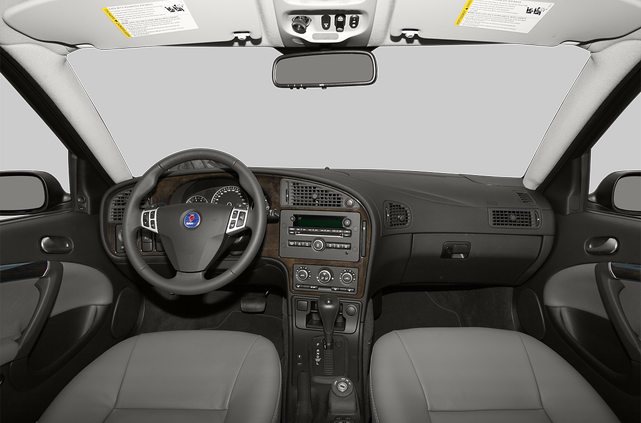 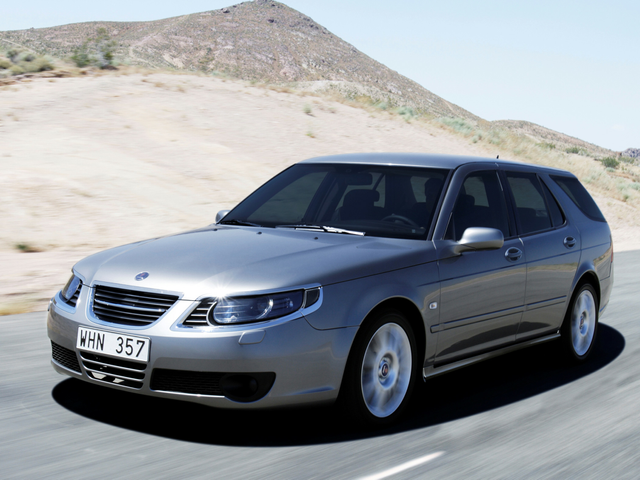