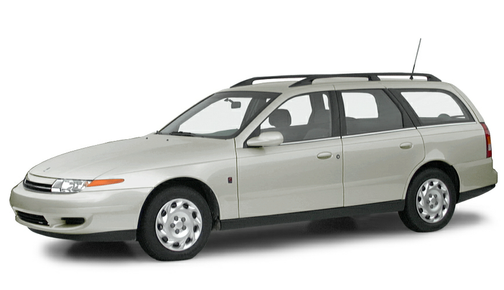 Our 2000 Saturn LW trim comparison will help you decide.

Some really fine, midsize station wagons have crossed my path recently. Quick, good-handling, luxurious cars with plenty of room and lots of character, they all have had two things in common:

They are European and they cost plenty.

Now, along comes Saturn to throw a monkey wrench into my neat little world view. Here’s the square-back version of its L-Series cars, the first all-new products from the corporation since it started up a decade ago and its first midsize cars ever.

And guess what? The upscale wagon I drove, with the catchy name LW2, is quick, good-handling and luxurious with plenty of room and, well, a fair amount of character. Can’t have everything. Especially when a fully loaded, leather-lined, top-of-the-heap LW2 costs about as much as the Euro wagons’ base models.

Plus, it’s made in Delaware, although with a bit of European DNA thrown into the mix. The basic platform is from the Opel Vectra, a European GM product, which was lengthened and then transformed with Saturn’s signature space-frame construction and plastic lower-body panels.

Talk about pleasant surprises. No offense intended, Saturn, but I didn’t really expect the LW2 to be such a cool ride. The compact S-series cars are good machines, with proven reliability and durability, but without much in the way of panache.

When Saturn first hit the market, it was as a remarkable new kind of automaker organized by General Motors as a clean-slate attempt to beat the imports head on.

Over the years, the original compacts were updated and improved, but the marketplace was changing and the demand for little cars was fading. Some of the original warts, such as noisy engines and cramped interiors, were also taking their toll.

Finally, the L-Series arrives as Saturn’s first foray into a new line of cars. Too bad the corporation waited so long to expand, but if the LW2 is a fair example of the breed, Saturn should regain its luster.

Saturn has a strong following of loyal customers, an automotive Up With People! that recently gathered by the thousands at the corporation’s Spring Hill, Tenn., for group hugs and camp songs.

The L-Series gives them somewhere to go once they outgrow their compact Saturns.

The uptown tester was equipped with a strong V-6, actually a detuned version of the 200-horse engine found in the Cadillac Catera. The engine is made in GM’s engine factory at Ellesmere Port, England.

German chassis, British engine, yes it’s true the new Saturn is no longer a 100 percent U.S. product, as the compacts are.

The engine is smooth and powerful, with a muscular feel and a subtle growl under acceleration. Coupled with a good automatic transmission, the engine performed with flexibility, tame around town, aggressive on the open road.

Base engine for the wagon is a 2.2-liter twin-cam four, a newly minted engine that’s expected to be used in other GM cars. I didn’t drive this version – which has the equally catchy name LW1 – but fr om what I’ve read and heard, the new four is a step up from the one in the S-series cars.

Stick shift is available only with the four and only in the sedan.

The four-wheel disc brakes work well, but anti-lock is optional. It should be standard, just like most other GM cars.

The styling of the wagon is simple and purposeful, with clean lines and a front end that carries over the Saturn theme. I favor the look of the wagon over the sedan, which has a fussy rear-end treatment. The wagon’s rear end looks simple and uncluttered.

The interior on the tester included optional leather seating at $1,095, an upgraded stereo for $220 and six-way power driver’s seat at $325, the only extras added on to the price of the V-6 model. I found the interior roomy, even for an extra-tall driver and his extra-tall back-seat offspring. The ride was quiet and rattle-free.

The dashboard, console and doors are very straightforward, even spare, which might be a fault to those u sed to lavish appoints. However, I thought it was clean, functional and unpretentious.

The new Saturns are as aggressively priced as the compacts, with the base sedan starting at $15,000 and the base wagon at $18,835. The wagon model driven here was about as expensive as they get.

I’ve heard some reports that Saturn has plenty of advance orders for L-series cars, and with good reason.

October 8, 2018
By tomcalwriter from Loveland, OH
Owns this car

It is a solid car, new tires, installed radio / cd / mp 3 with speakers. Some cosmetic concerns but no rust. Have driven it to NY and back to Ohio several times without a hitch.

First car I bought or owned. Quickly became loved by everyone I know as she was a joy to drive and provided enough space to haul people. As a drummer, an audio engineer, and a lighting tech this car gave me plenty of space to everything into my car. Had over a thousand pounds of equipment in the back one night because our other car broke down and this car drove like a champ. A little different due to the weight but still got going quickly and stopped decently. I was involved in the three car accident....Was rear-ended and pushed into the car in front of me...the car that hit me had to towed away as the radiator was crushed on my rear end and the car in front of me need a new back bumper and trunk...it took ten minutes to convince the police officer that my car was involved in the accident probably one of the safest vehicles I could ever own. sadly had to scrap her as the trans died and being a college student i didn't have the money to replace it

if you can find this vehicle with lower mileage at a reasonable price BUY!!! I am not a fan of car payments and as a married young father of 3 in the military I needed a car that can double as a ride for the family when my wife's car is not needed and a small pickup. This wagon is great!!! runs stronger than any import I've driven and is actually fairly nimble. The interior could have more features but I am simple and do not need much so not a bother for me. my family five fits comfortably and can pack the back for a camping trip no problem. gas mileage is about 22 city 30 highway maybe a little less but overall an amazing little car worth every penny. 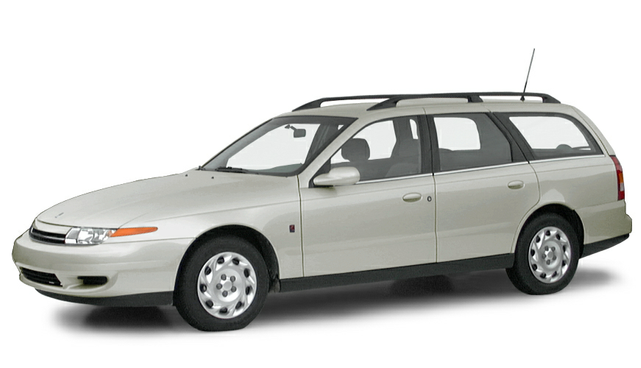 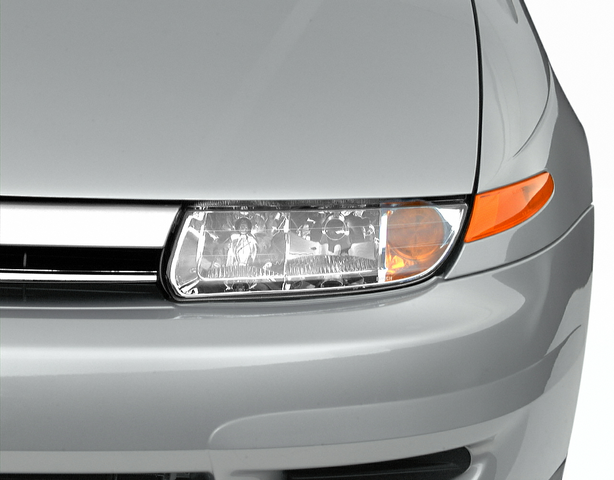 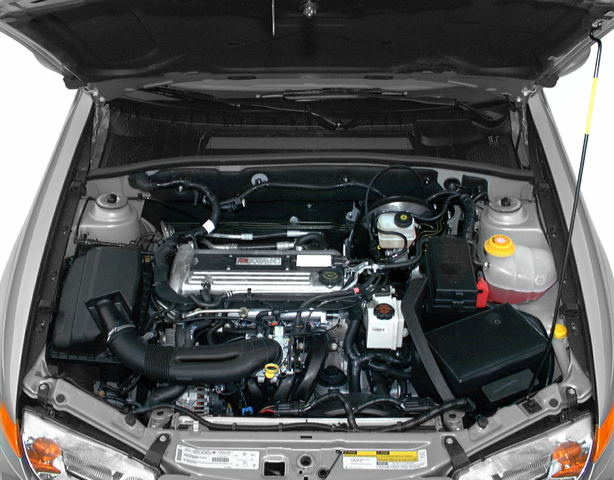 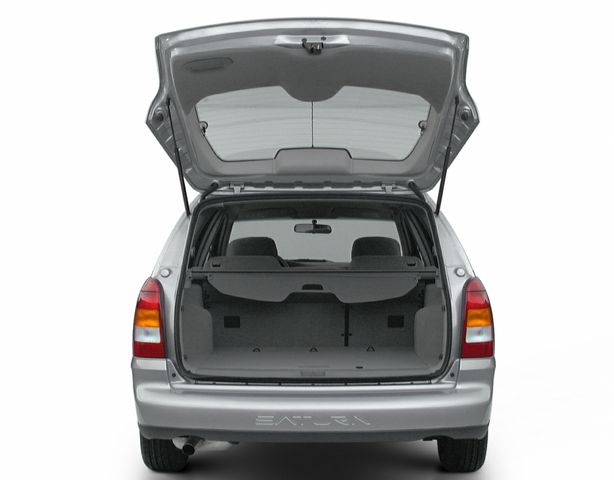 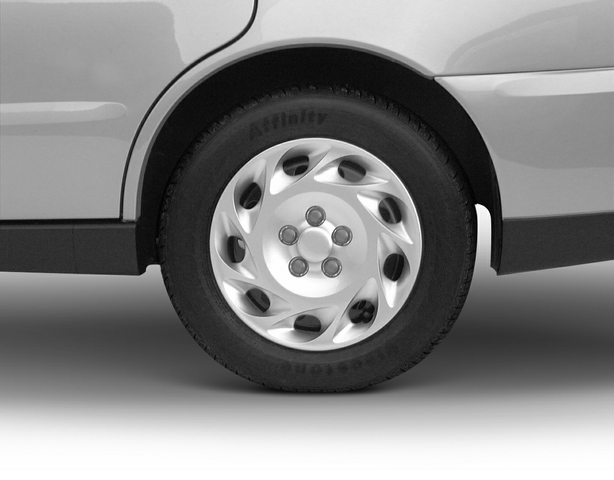 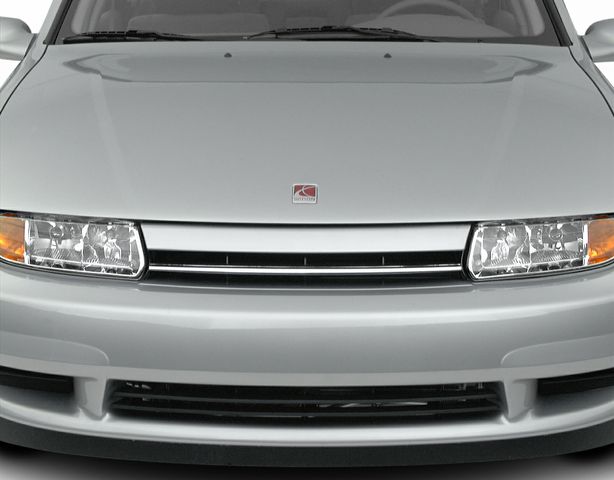 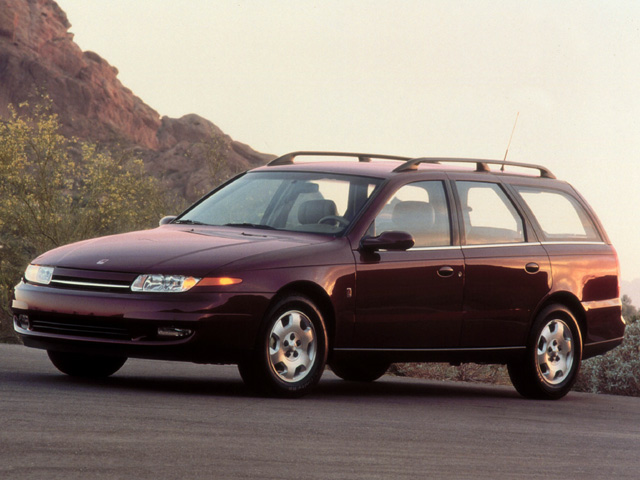 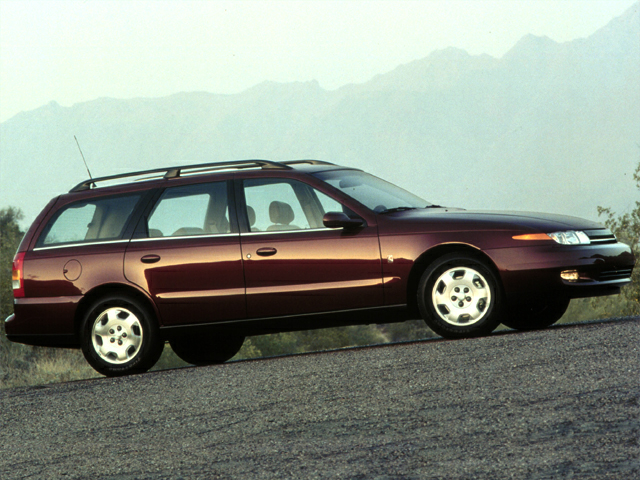 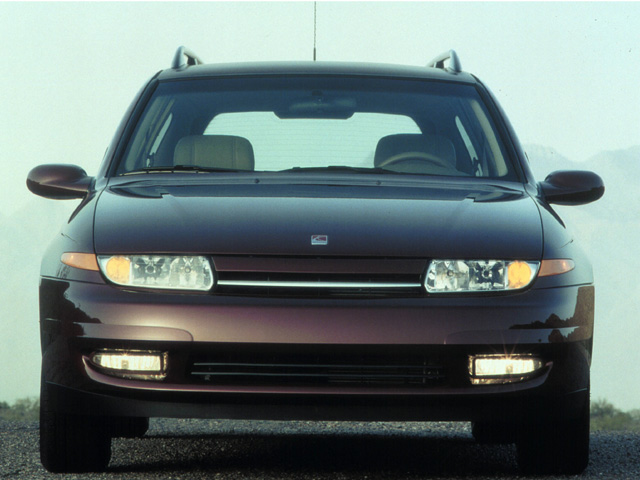 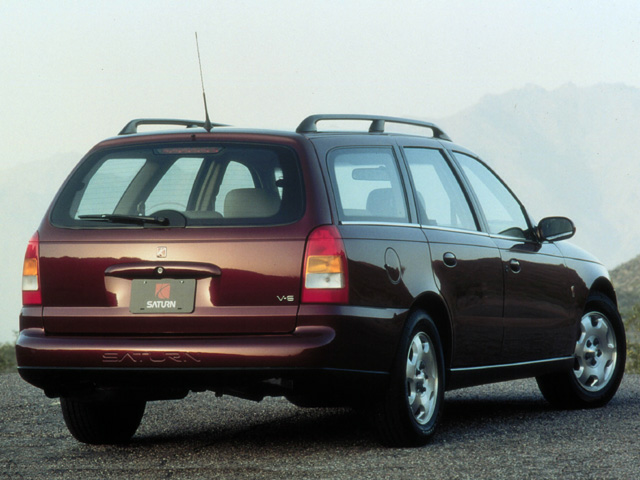 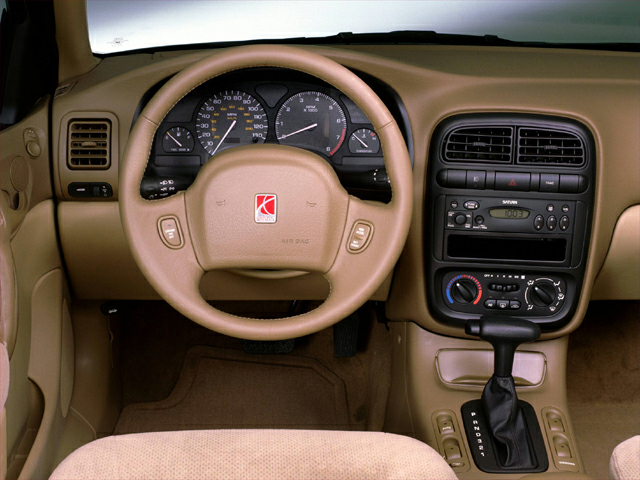 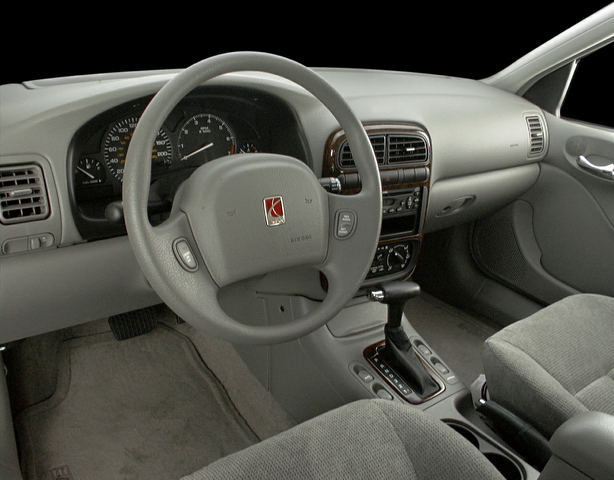 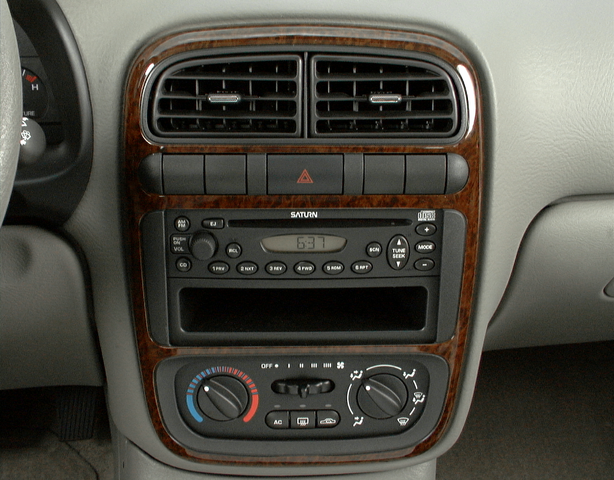 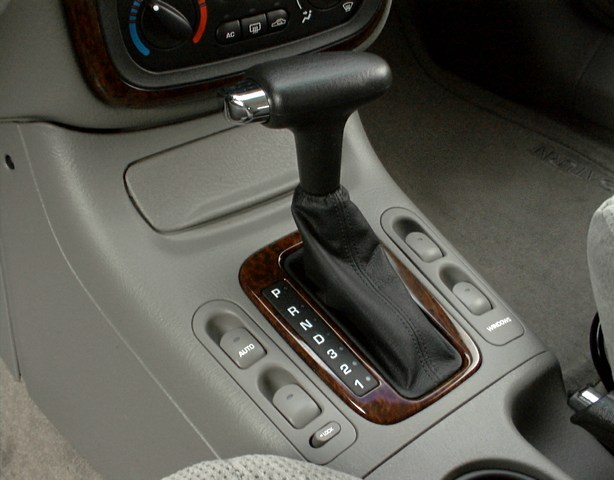 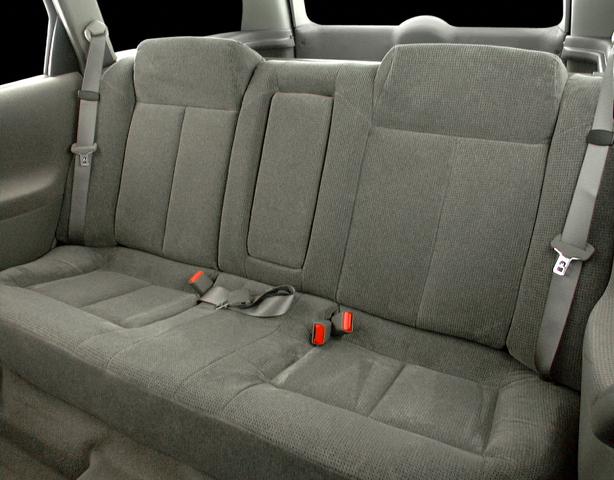