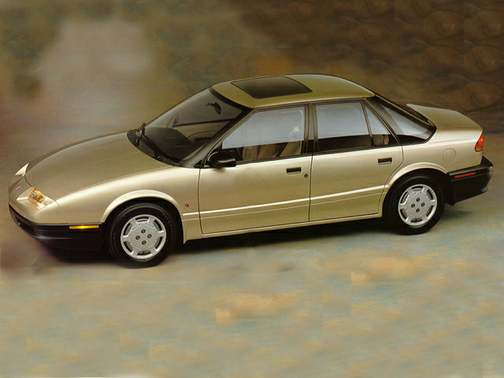 Our 1995 Saturn SL trim comparison will help you decide.

Little things. Annoyances. Nuisances. Nit-picking aggravations that you have to live with until it’s time to turn the old buggy in for a new one.

The folks from Saturn made a list of customer gripes and set out to make some needed changes for the 1995 model year. For the most part Saturn delivered.

Consider past gripes and Saturn solutions for ’95.

– The 1.9-liter, single overhead cam, 4-cylinder engine has been converted to port fuel injection from throttle-body injection. That boosted horsepower to 100 from 85, while increasing fuel economy by 3 miles per gallon on the highway with manual transmission and 1 m.p.g. in city and highway with automatic.

– All Saturns now sport dual air bags to satisfy those who shop safety and to lure customers away from the new Dodge and Plymouth Neon, which offer dualbags on their 1994 models to Saturn’s driver’s bag.

– All Saturns lacked cupholders, but now owners will have the choice of onecupholder/one ashtray in the center console or a removable ashtray to provide dual cupholders.

But, as we said, not all the customers’ wishes were not granted.

– All Saturns needed a styling upgrade so the SC1 coupe sports a new front end and the SC2 coupe a new front and rear. But the SL, SL1 and SL2 sedans andSW1 and SW2 wagons remain unchanged. The sedans get their redesign for 1996. Base models continue to offer black bumpers, SL2, SC2 and SW2 continue with body-colored bumpers for 1995.

– All Saturns with automatic transmission tend to be noisy. They’ve been quieted for 1995, but a 4-cylinder and automatic will never purr like a V-8.

– With dual air bags, the automaker did away with the automatic safety belts that wrapped around front-seat occupants when the ignition key was turned on and then retracted to allow them exit when the key was turned off. Though some complained the belts performed like a crazed octopus, they forced motorists to wear a shoulder belt. For 1995, motorists must reach over, grab the lap/shoulder belt, pull it across and fasten it into the holder.

– Cupholders will hold 12-ounce pop cans or coffee cups, but not 16-ounce bottles or mugs with handles.

– Saturn owners who want to move into a larger model can’t because the automaker hopes that loyalists will visit a sister division-Buick, Oldsmobile,Pontiac or Chevy-when they need a bigger vehicle that holds more people. That’s not expected to change.

– Saturn owners who want a convertible can’t get one, though officials promise one once they figure out how to retain a rear seat for two passengers.

Saturn unveiled its 1995 model lineup here and let the media drive a variety of models through the Tennessee countryside. Our initial impressions with the hand-built prototypes:

SL1 sedan: The base 1.9-liter engine needed a power boost and gets it for ’95 with the port fuel injection. Still no screamer off the line, but you don’t experience fi rst gear wheezing trying to flee the stoplight or climb theincline with the 100-h.p. 4 as you did with the 85-h.p. version. Still, even at 100 h.p., you need to play with the shift lever often to gain the momentum to travel the Tennessee hills.

Saturn still hasn’t solved the problem of narrow side wing bolsters for those who don’t shop at the 3-5-7 shop. Oddly, in adding dual bags, Saturn redid the dash and the steering wheel to provide more open space in the ring for motorists to see the instrument panel ahead and the lights/wiper stalks oneach side. But the turn signal stalk seems unnecessarily big and requires too much effort to use. Chrysler focused on slippery smooth sta lk controls and turn indicators in its new cars. Saturn must not have paid attention.

Our test vehicle came with the standard 14-inch tires. With those tires andthe fact the SL1’s suspension is a tad soft, you’ll experience some road wander.

Unlike many new cars that place the passenger-side air bag in the top of the dash, Saturn put it dead center and still provided a rather large glove box underneath. To ensure the bag is directed toward the passenger in a frontal impact, the dash includes an “eyebrow” protrusion over the bag openingto guide its travel.

SC2 coupe: The big change here is a single-piece plastic front end with foglights and a new rear end with larger taillights and a more rounded, higher standing deck lid spoiler to make it easier for owners to wash or wax.

The 1.9-liter, 124-h.p., dual overhead cam, 4-cylinder is sufficiently lively with the 5-speed manual. A slight modification in transmission gearing raises the top-of-the-line coupe’s mileage rating to 25/35 from 25/34 with manual and to 24/34 from 23/32 with automatic.

With a sportier suspension and larger 15-inch tires, the SC2 coupe has noticeably better road manners than all other Saturns. Sits well in corners and turns and has less of a tendency to wander between the lane markers.

For 1995 the coupes feature a lap/shoulder belt adjustment along the door pillar to compensate for different motorist heights. Sedans won’t have that feature until next year, when they are redesigned.

A noticeable plus for ’95 is that Saturn went back to color-coordinated dashes. In 1994 you could get any color dash you wanted as long as it was charcoal. The one-color-fits-all dash may have saved Saturn money, but it failed in making a fashion statement.

Usually the seat side wings feel narrow when the seats are finished in leather but wide and more comfortable when the seats are finished in cloth. Saturn is the exception. This car came with leather seats, and the bolsters were more supportive than those in the SL1 sedan in cloth. The SC coupe invites more aggressive driving with its more powerful engine and larger 15-inch tires, and you need the support to keep you in your seat.

SW2 wagon: When equipped with automatic transmission and anti-lock brakes (again an option in all Saturns and not standard), traction control is an option. For 1995, you’ll find three buttons at the center top of the dash, onefor traction control, one for rear window defroster, one for fog lights.

Traction control is always in the “on” mode until you disengage it by pushing the easy-to-see-and-use button. Found out firsthand that the system works when rounding a corner covered with loose gravel, at speed, without sacrificing footing.

In this car, as in all Saturns, the automaker showed its focus on simplicity and avoidance of stuffiness by putting the word “air bag” in the steering wheel hub and in the dash where the cushion restraints are. Many automakers use a more formal code, such as SRS (supplemental restraint system)or SIR (supplemental inflatable restraint). Saturn adds the words air bag so subsequent buyers will know they are getting dual bags when the car reaches the used-car lot. Nice touch.

SW1 wagon: Surprise. Figured the new 100-h.p., 4-cylinder would show a lackof oomph compared with the same engine and 5-speed manual in the SL1 sedan we drove. Not the case, though the transmission was forced to shift a lot on its own when traveling up and down hills to regain the energy needed for the trip.And when starting from the stoplight, you’ll hear some engine/trans groan, though not at the same decibel level as in years past.

Another pleasant surprise on all Saturn wagons and sedans is a redesign of the plastic facia running floor to ceiling along the inside of the center doorpillar. In past models, when entering the car, it was easy to catch clothes orbuttons-or whatever-on a so-called protective plastic lip that stuck out on each side of the pillar. If you didn’t lose a button, you’d at least pull the plastic from its mooring. For 1995, rather than a plastic lip over the facia, you have a one-piece facia that should mean less wear and tear on buttons and less chance of dislodging the facia. Another nice touch.

best all around car I ever owned

The car belonged to my cousin and he passed away and left it to me. I would have never thought about buying one. I rode in it with him,it was ok . Once I owned it and drove it, totally changed my mind, For a small car drives great, has decent power,I get 28-30 mpg in town. Blew me away. It suddenly became the best car I've had since I was 21, now 66 and I love this car. Starting to rust,but I live in Ohio. So I've already been looking for another one.

Single owner for 24 years! Excellent vehicle and dependable for value. No major maintenance required. Just routine maintenance, great gas mileage and no dickering over price; something no longer since Saturn has been discontinued.

One of the best cars I have owned.

This has been a great car for my wife to drive. It has never had any problems since I owned it. Great on gas... easy to work in if needed and a great value. 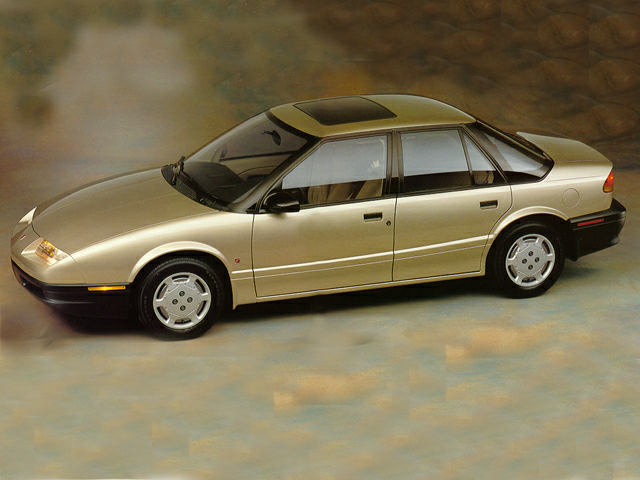