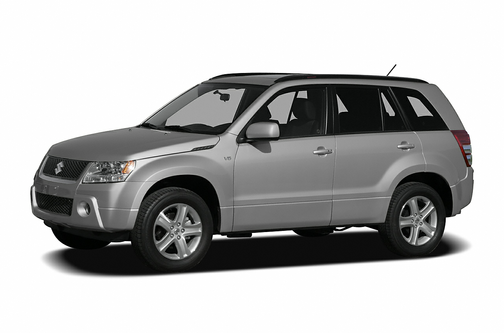 Our 2006 Suzuki Grand Vitara trim comparison will help you decide.

Suzuki’s redesigned Grand Vitara is among the few compact SUVs that use elements of a sturdy truck-style frame in their construction. As such, its ponderous reactions during city driving are somewhat expected; what’s interesting is how the Grand Vitara’s handling improves when hustled through challenging, twisty roads — it morphs into an SUV that’s entertaining to drive.

Despite this nice surprise, I doubt many compact SUV owners are going to autocross their rides anytime soon, which makes the Grand Vitara’s handling skills less relevant. When thrust into a more plausible situation — shuttling around suburbia, for example — the Grand Vitara’s appeal wanes; its firm ride makes driving a chore.

Exterior & Styling
The new Grand Vitara is one of the best-looking small SUVs on sale today. The front end has a bit of Mitsubishi’s Lancer Evolution compact sport sedan in it, with its lower bumper opening and angular headlights. Gone is the body cladding that previous-generation Grand Vitaras wore, enhancing the new model’s clean looks.

Grand Vitaras come standard with 16-inch steel wheels, but 16- or 17-inch alloy wheels are optional. A full-size spare tire is included, and it’s mounted on the swing gate.

Ride & Handling
The Grand Vitara is built on a unibody platform that has a ladder-style frame running through it. Suzuki claims this design — which has been used in Jeeps for years — provides onroad refinement and offroad durability. While I wasn’t able to test the Grand Vitara’s rock-crawling capabilities, its onroad performance could use more refining.

The Grand Vitara’s ride quality brought to mind that of a mid-90s SUV: firm, unforgiving and occupant-jostling, which is in contrast to the carlike rides offered by some competitors. Many of my impressions were formed while driving on rough, broken pavement (the norm where I live), so if you have the good fortune of living near roads that are smooth enough to play shuffleboard on, the Grand Vitara’s taut ride might be easier to take. However, when driven quickly through a series of tight turns with changes in elevation, the Grand Vitara hunkered down and held its line through the corners.

Going & Stopping
With its redesign, the Grand Vitara gets a larger and more powerful V-6. The 2.7-liter engine makes 185 horsepower and 184 pounds-feet of torque and teams with either a standard five-speed manual transmission or an optional five-speed automatic. I only drove an automatic-equipped Grand Vitara, and its performance in stop-and-go city driving was strong. However, the V-6 loses much of its urgency when accelerating at highway speeds. Some of this lethargy can likely be attributed to the automatic transmission, which resisted kicking down to a lower gear. The automatic doesn’t have a clutchless-manual mode, either, so you’re at its mercy. Wind noise is negligible on the highway, and driver visibility is only impeded by the thick D-pillars.

One rear-wheel-drive and two four-wheel-drive systems are offered. Many of the Grand Vitara’s competitors have standard front-wheel drive that, when teamed with snow tires, is acceptable for driving on snow-covered roads. Rear-wheel drive tends to be less suited for snow, which means Grand Vitara buyers who live where winters are harsh should consider a model with four-wheel drive, even though it adds more than $1,000 to the price of the vehicle. The up-level four-mode 4WD includes a locking center differential and a low range for driving on difficult offroad terrain.

The Inside
The front bucket seats are comfortable, with wide bottom cushions. The seats in the midlevel XSport Package-equipped Grand Vitara I tested were covered in a neoprene mesh that looked interesting but seemed bound to catch dust and dirt in everyday use. Leather-trimmed seats are optional.

Tall drivers will appreciate the generous amount of backward travel in the seat, and even with the driver’s seat raised to its maximum height there was still plenty of headroom. My test vehicle lacked a sunroof — which typically decreases headroom — but one is available with the Luxury Package. Power seats are not offered.

Rear-seat accommodations are fairly good, too. There’s acceptable legroom for adults and lots of foot room under the front seats. The 60/40-split rear seat reclines, but it doesn’t slide fore and aft like some competitors’ rear seats. There isn’t a center armrest, either.

Folding the rear seat backrest down and then tumbling the seat forward increases cargo room. Though the folding process is somewhat unconventional for an SUV, it’s straightforward and works well. My only quibble is that the seat belts occasionally fell in the way of the seat bottom’s latching mechanism when trying to unfold the seat.

The cabin’s appearance is hit-and-miss. While the dashboard plastic is nicely grained and the standard automatic climate control system was easy to use, the optional six-CD stereo has a mishmash of buttons that don’t go together in the least; they’re various shapes, colors and finishes. The three-spoke tilt steering wheel looks sporty and has stereo controls, but the headliner looks like a piece of felt-covered cardboard, and the old-fashioned grab straps look like they’re straight out of the ’70s.

Safety
Even the less expensive models have many safety features. Antilock brakes, side-impact airbags for the front seats, side curtain airbags and an electronic stability system are standard. The backseat has child-safety seat anchors in the outboard seating positions and top tethers for all three seats.

The Insurance Institute for Highway Safety has not crash-tested the Grand Vitara, but the National Highway Traffic Safety Administration gave it four stars in its frontal crash test.

Cargo & Towing
The Grand Vitara has about 24 cubic feet of cargo room, but folding and flipping forward the rear seat expands its cargo carrying capacity to almost 70 cubic feet. There are four heavy-duty hooks for securing large items, four grocery hooks and a 12-volt power plug back there, and a cargo cover is standard. Grand Vitaras can tow up to a respectable 3,000 pounds when properly equipped.

Features
Grand Vitaras are offered with one of three packages — Premium, XSport and Luxury — that build upon each other with more and more features; an automatic transmission is the only standalone option. While this may simplify the ordering process, it may also mean spending more to get just the two or three options you really want. For example, if you want a sunroof and heated front seats, you have to select the top-of-the-line Luxury Package; there’s no way to order them separately.

Grand Vitara in the Market
Though the smartly styled Grand Vitara has added important safety features like side-impact and side curtain airbags — and enhanced comfort with reclining rear seats — it doesn’t stand out in the highly competitive small SUV segment. It also loses points for its unforgiving ride quality. Though they may not offer the Suzuki’s potential offroad prowess, there are better choices for the majority of buyers who will use their compact SUV for daily transportation.

Made to Last I ❤ My Suzuki

I have owned my 2006 Suzuki Grand Vitara since I drove her off the lot in 2006 with 3 miles on her... (part of which was from my test drive) I can never say anything bad about my Grand Vitara as it has been nothing but reliable, with just the standard maintenance necessary such as brakes, tires, alternator, battery and starter... and she is still going strong at 16 years of age and 167,000 miles on her. The one thing I must say about this SUV it was made to last, gas mileage is great and it is comfortable for just driving around town for errands or even long road trips across the state.... I truly think I will keep this one until she cannot go any further.

Between my son and I we have put on 168,000 miles. Always performed the maintenance on time with oil changes every 3k. Everything still works at 14 years and still looks nice. Engine and Transmission very tight yet. Great value!

I purchased this SUV after test driving other similar models. Safety was important to me... after doing my due diligence i found it is built sturdy. Been sole owner and besides routine maintenance have had no major problems although their only fault is the headlights are always going out and they are not bright enough. Shame parts are hard to find. But besides that, i love my SUV... 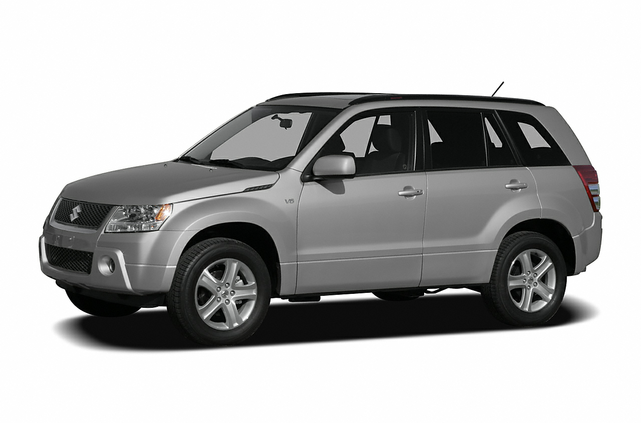 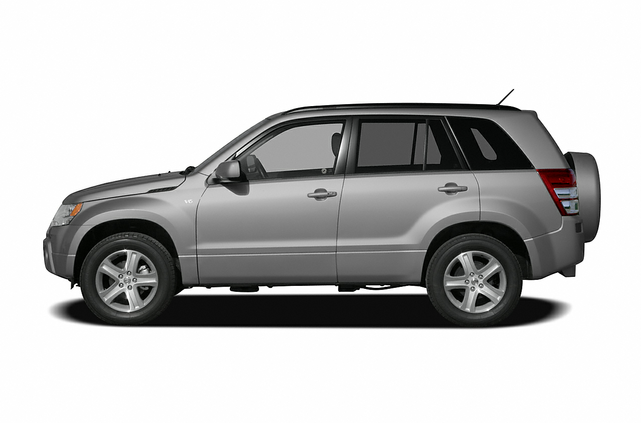 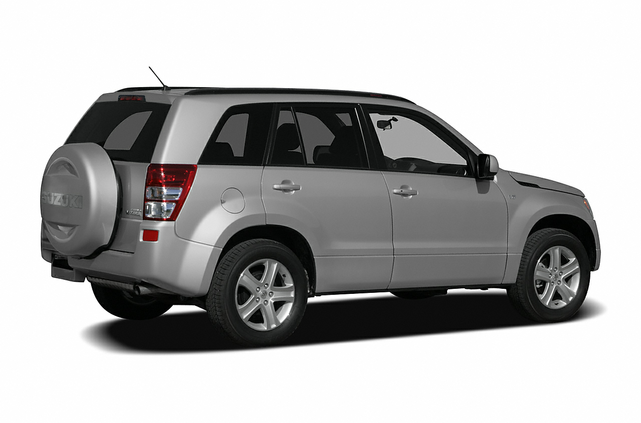 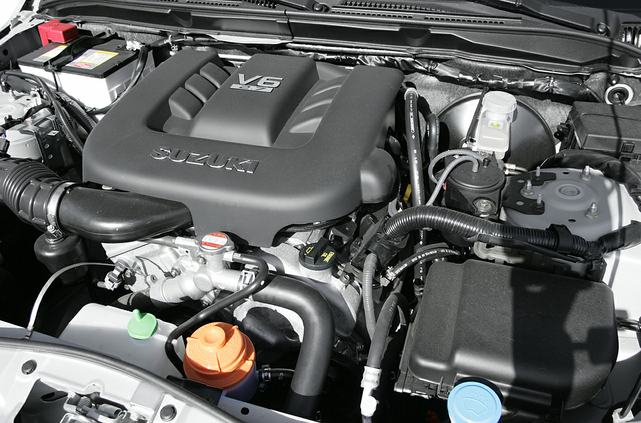 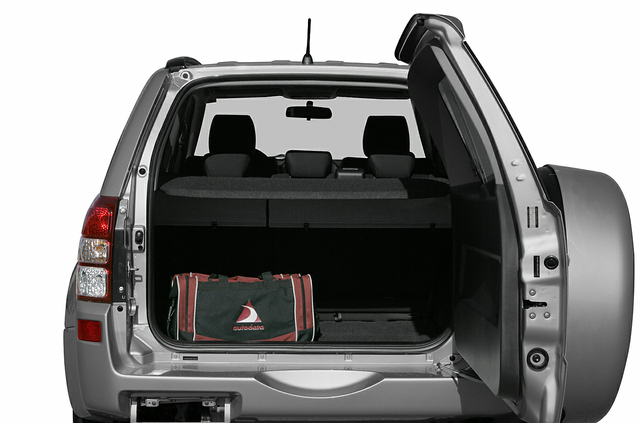 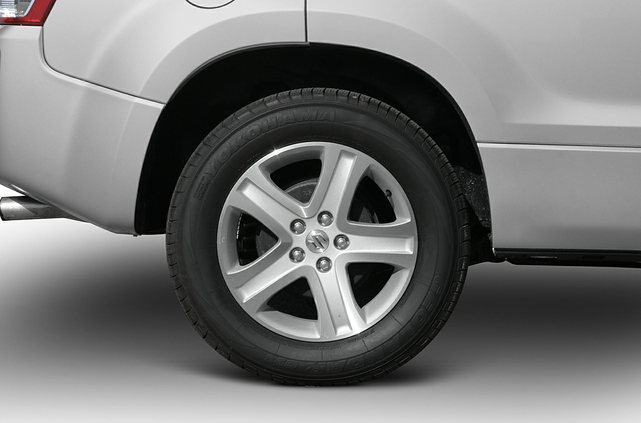 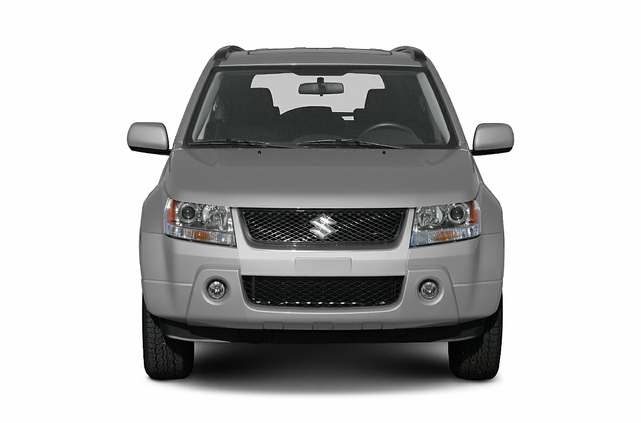 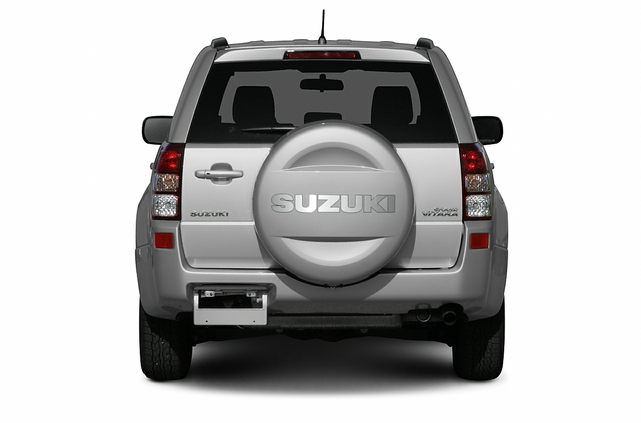 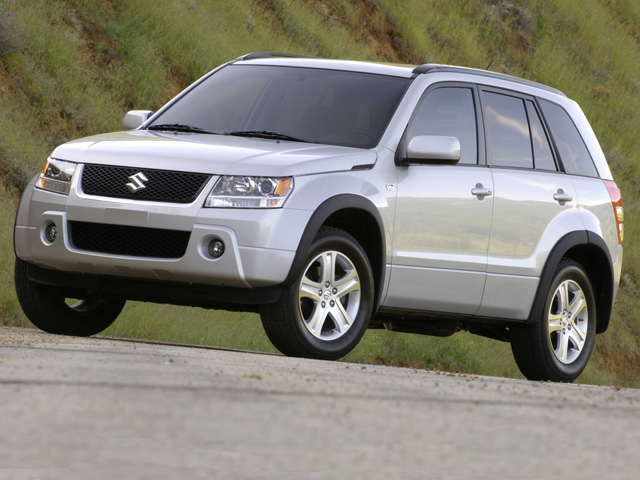 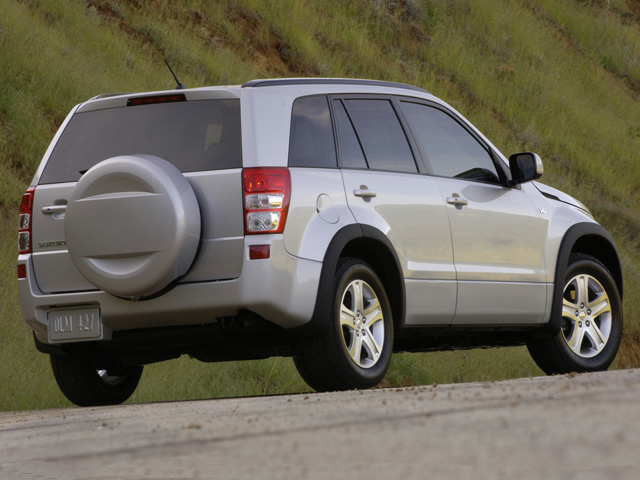 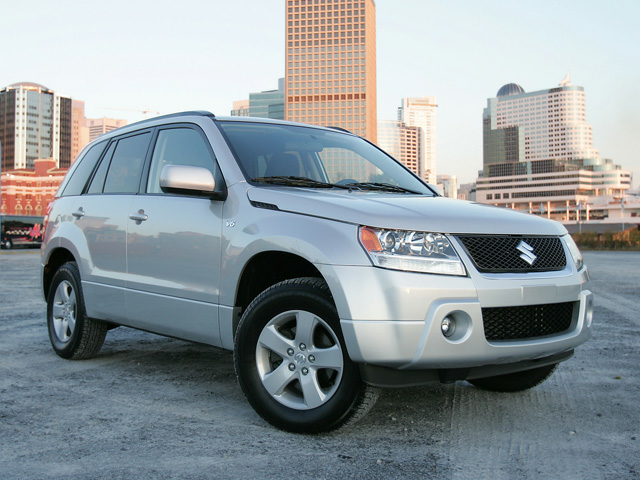 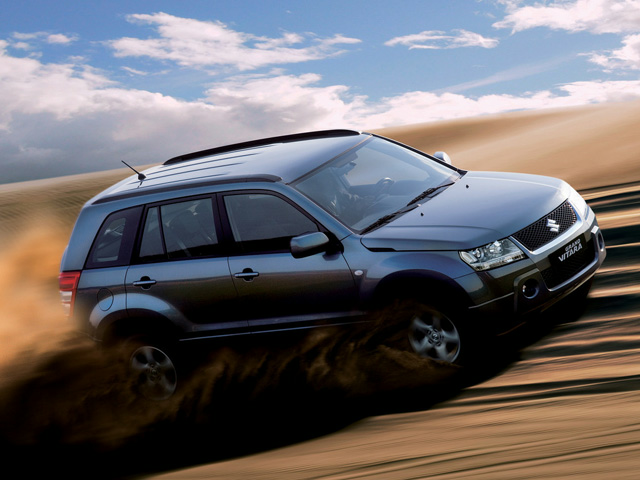 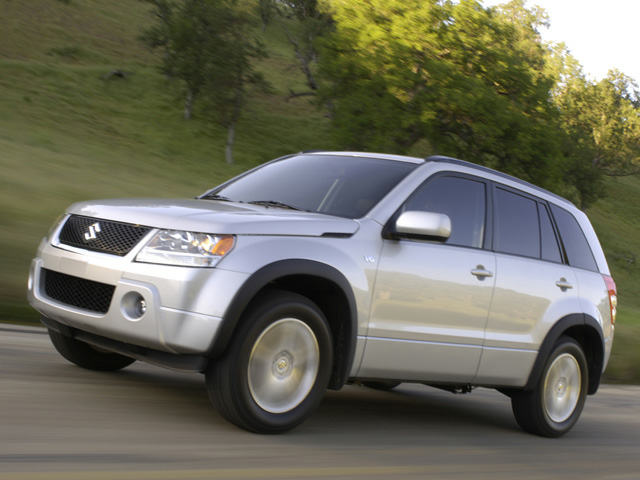 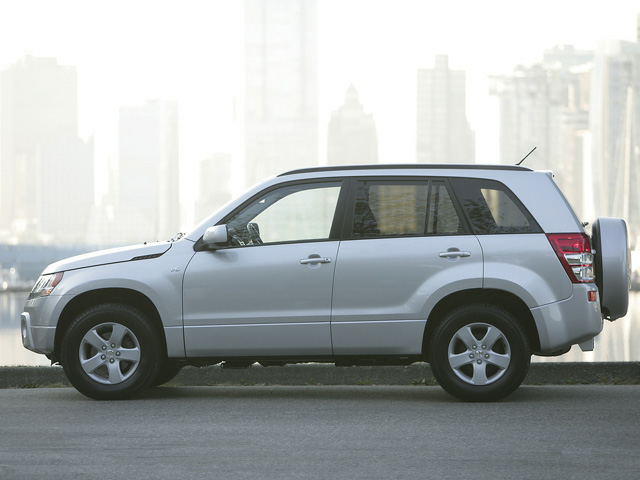 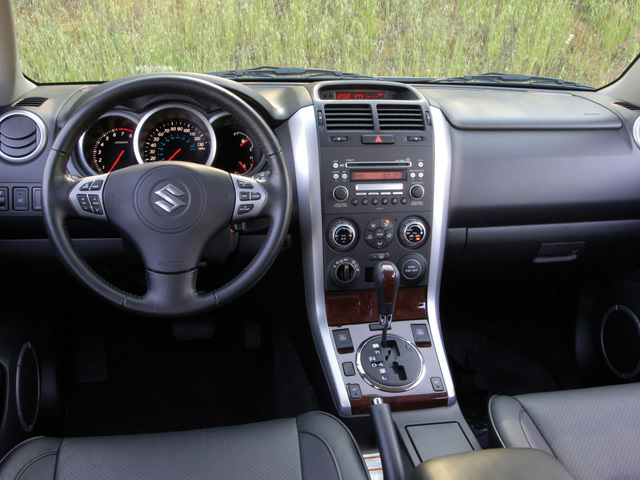 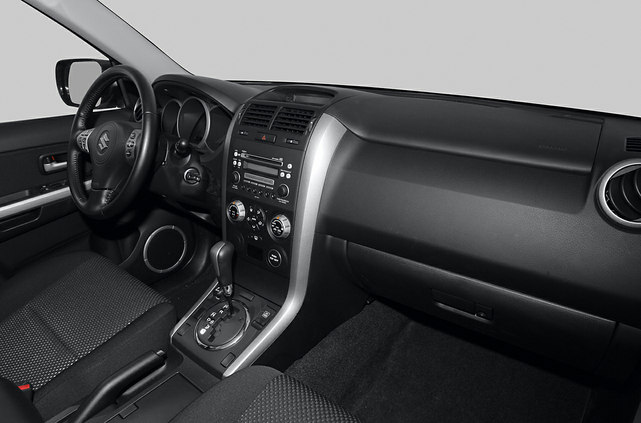 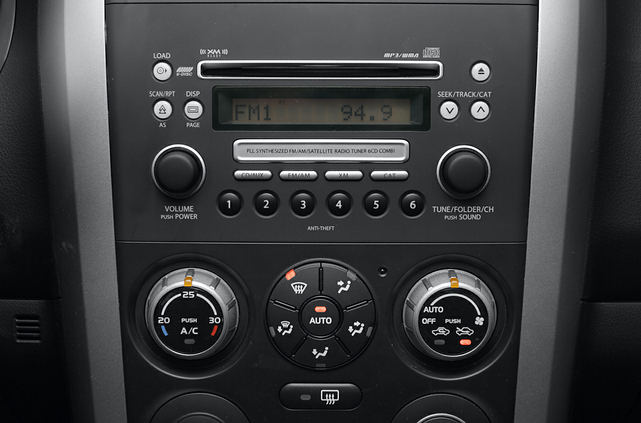 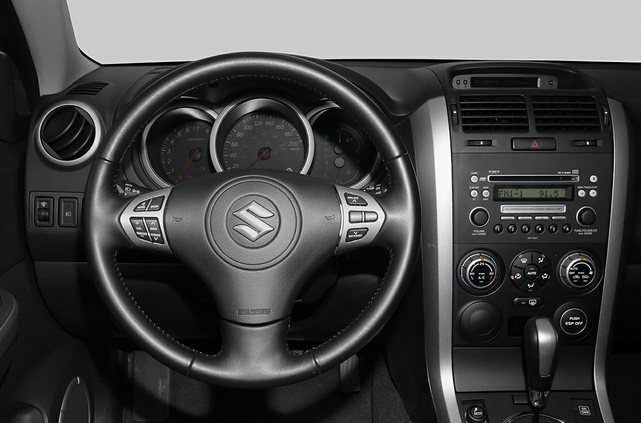 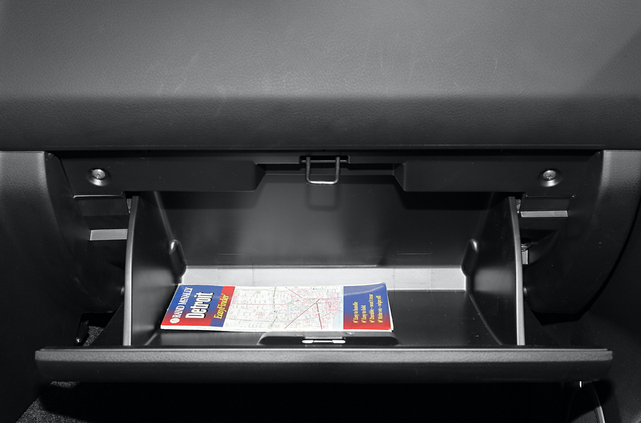 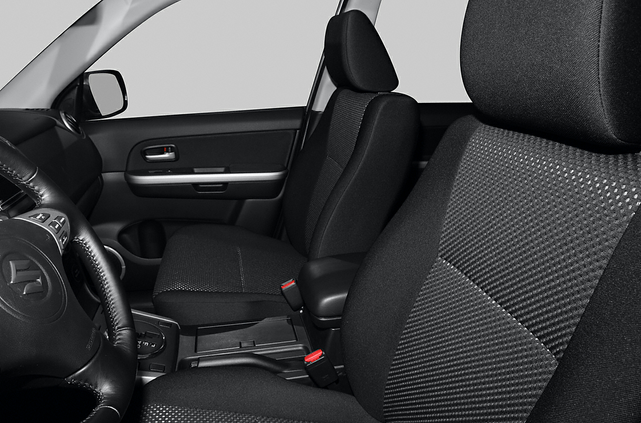 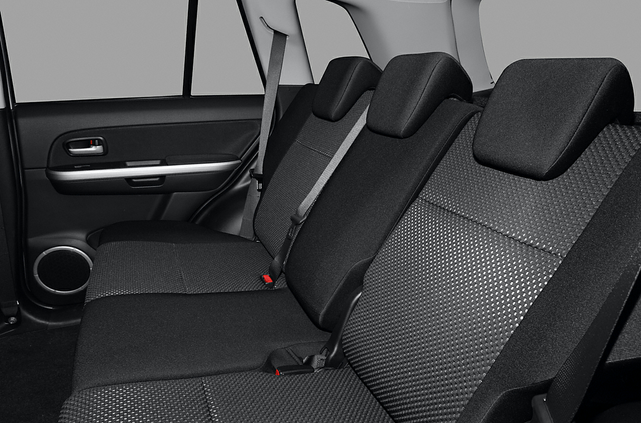 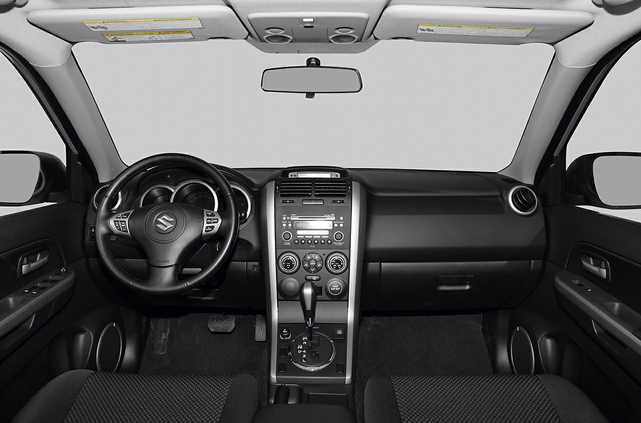 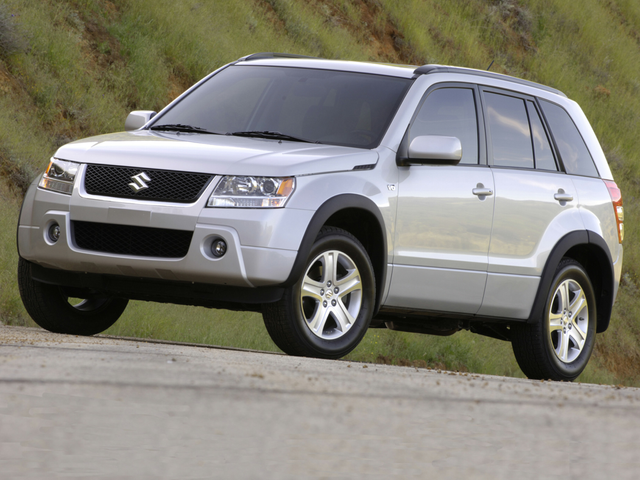