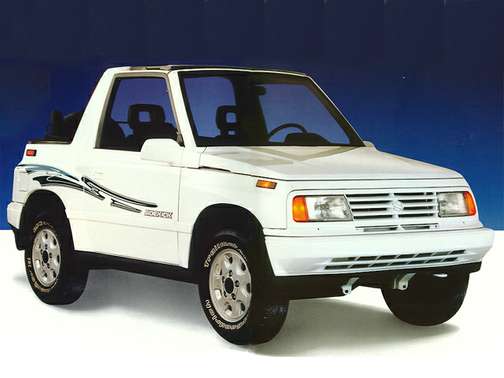 Our 1993 Suzuki Sidekick trim comparison will help you decide.

If you have about $16,000 and want to buy a well-equipped four-doorsport-utility vehicle, the choices are rather slim.

You can forget about Ford’s Explorer or Jeep’s Grand Cherokee, the twohottest sport utilities. They start at about $18,000.

You’ll have to look at the second tier of vehicles, which include the IsuzuRodeo, the best-selling import sport-utility; the original Jeep Cherokee;Chevy’s S-10 Blazer; and this week’s test vehicle, the Suzuki Sidekick.

For 16 grand, you would expect better than you get in the Suzuki SidekickJLX.

The vehicle I tested was not assembled particularly well; it seemedexceptionally tinny, almost flimsy. Also, it didn’t really have enough power.

The Sidekick would best be suited as an urban commuter. If driven inenvironments that don’t require quick turns, panic-braking orpedal-to-the-metal acceleration, the Sidekick can be acceptabletransportation.

The Sidekick is powered by a 95-horsepower, four-cylinder engine that has16 valves and electronic fuel injection.

Though the engine runs smoothly, it has to struggle to provide reasonableacceleration onto interstates and while passing. The engine also gets somewhatraucous (read: loud and buzzy) as it approaches 5,000 rpm.

The test vehicle came with a four-speed automatic. Shifts were notparticularly smooth. The driver can select between ”normal” and ”power”shift modes. The only real difference seems to be in the roughness of theshifts, because performance does not improve much.

Gas mileage was excellent for a sport-utility vehicle. Using the airconditioner, the test vehicle logged 25 mpg in city driving and 29 on thehighway.

The Sidekick offers a fairly soft and stable ride for a small vehicle.Unlike the two-door Sidekick, the heavier four-door isn’t affected much bywind gusts. But on sharp turns, the body leans considerably.

The steering is power-assisted, making the vehicle easyto maneuver. It canturn a circle in 35.4 feet.

Brakes, discs up front and drums with anti-lock in the rear, are adequate,but nothing more.

For years, the words ”cheap” and ”Japanese” were synonymous. Thatperception began to change in the 1970s after the invasion of well-builtJapanese cars and electronic products. These days, when one mentions Japan,quality is the word that often comes to mind.

Suzuki’s Sidekick, however, must be viewed as a setback, albeit a minorone, for the Japanese.

The Sidekick exhibits little of the exceptional quality we have come toexpect from Japanese vehicles.

For instance, a window-switch housing on the driver’s door panel was loose.So was the housing on the dash-mounted air conditioner switches. And when Islammed a rear door, I heard a symphony of noises and rattles. Even suchthings as the steering wheel looked cheap.

I also didn’t like the AM/FM cassette radio. With the volume turned up, thespeak ers distorted the sound so much that music was almost unintelligible.

I was infuriated and embarrassed at a gas pump when the fuel-filler doorrefused to open. Out of desperation, I finally inserted the ignition keybetween the body and the fuel door and pried it open.

On the plus side, the interior offers decent head and leg room.

Both front and rear seats were comfortable and the instruments were clearand easy to read, if a bit utilitarian.

Rear vision was partially blocked by the spare tire, which is mounted onthe swing-out rear door.

The Suzuki Sidekick JLX is a vehicle I’ll remember. Unfortunately, I’llremember it for all the wrong reasons.

Truett’s tip: In a world filled with outstanding sport-utility vehicles, Suzuki’s sidekick JXL is no better than average in terms of performance, quality, features and value.

October 19, 2012
By Sonny from Bethlehem,Pa
Owns this car

These cars are excellent in every aspect. They maintain their value well and have seen 250,000 miles without any drivetrain problems. Highly recommended !!

All model years for the Suzuki Sidekick 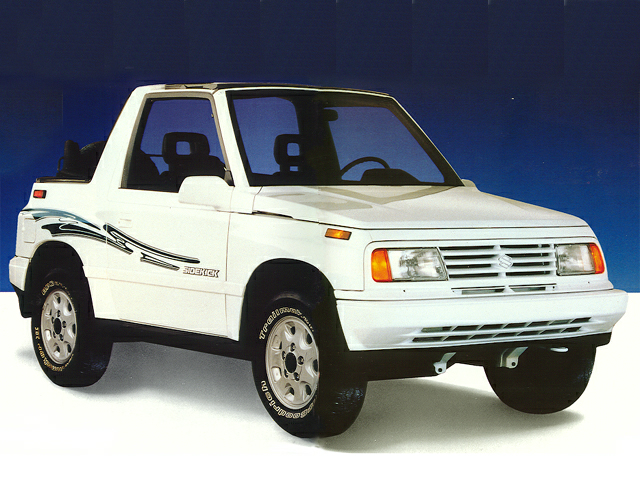