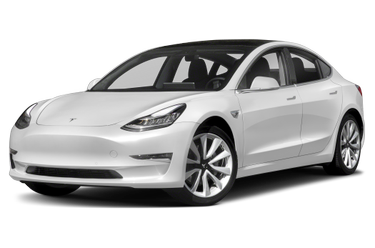 I'm near the end of the 3 year lease on our 2019 Model 3. It's the best vehicle we have owned and I have my order in for a Model Y. I leased our first, all-electric car because I wasn't completely convinced that we would have a fully satisfactory experience. I also suffered from the condition known as "range anxiety". The only mistake I made was opting for the (at the time) $6,000 so-called "full self-driving" capability. It was promised to be delivered by December of 2019, and still doesn't live up to its promise. Tesla recently "granted" access to the feature, which is available on a limited basis. While the feature certainly reduces driver fatigue on long trips, one can't be lulled into thinking that it's truly, "full self driving". (And, to its credit, Tesla cautions drivers to be fully in control at all times.) I've had the Beta version of FSD for a couple of months, and, all I can say is that the car has very strange, and sometimes scary reactions. So, for the Model Y I've ordered, I've nixed the FSD feature and will opt to continue to try it, occasionally, during the few times we take major trips at the $199 per month option. I am also a subscriber to Consumer Reports, which has panned Tesla's quality control throughout its product line. All I can say is that we've had no issues with our Model 3. Zero maintenance. The only issue, which was quickly and conveniently resolved related to having to replace the 12 volt battery after a little over two years. It was covered under warranty, but, since we live 200 miles from the nearest service center, we went for a few days without being able to drive the vehicle. (Tesla offers once weekly remote service to Tallahassee, which resolved the problem.) Bottom line: No quality control issues. Impressive features. No worries about the high cost of carbon fuels. Don't buy the so-called "full self driving feature"; it's not ready for prime time.

Rating breakdown (out of 5):
7 people out of 8 found this review helpful. Did you?
Show full review
1.0

Great Service I would say….lmao!

Hold off on getting it. The customer service his horrible. If they leave you in the dark before getting it, what do you think they are gonna do after you have it. Other car companies are getting better and will match with Tesla soon enough and be cheaper. Customer seevice goes a long way. They will contact you until you have placed your order. Then your on your own. The guy we placed our order with has been useless for almost a year now. They said our order was a week away so we got the loan. Got approved the. Two days later they said it was 2 -3 months away from arriving. Thats what i call great service!

Rating breakdown (out of 5):
4 people out of 7 found this review helpful. Did you?
Show full review
3.3

NOT A SMALL PROBLEM! Due to high demand for the 3, there are no spare parts presently, and most likely for months. This from Tesla itself. So don’t get rear ended or sideswiped and lose your side mirror. You’ll have to wait months before you can safely drive your 3 again.

Rating breakdown (out of 5):
7 people out of 10 found this review helpful. Did you?
Show full review
4.9

This is the second Tesla in our family. Took delivery of a 2021 LR Model 3 10 months ago, and we have put on 6000 miles. My wife is the primary driver, and this is the first car she has ever been enthusiastic about. I am 77 yo, and this is the best car I have owned. Unlike some other reports, we had no fit and finish problems. The car drives like a dream, and performs like a rocket ship. Autopilot is a very good adaptive cruise control, though sometimes does the "phantom braking" thing. We have FSD on our first Tesla (a Model S), and do not feel it is worth the $12,000 additional (now, at least). FSD can always be added later, with an online upgrade. This little EV makes perfect sense, with low maintenance costs, cheap electricity in the Pacific Northwest, and increasing gas prices. The Tesla supercharger network is great, and I have no range anxiety in either of our Teslas (24,000 miles on the 2019 Tesla S LR, after several road trips.

Second review. We bought a Tesla M3P!! It scoots and handles well. Only xxxxx so far is that I'm putting on aftermarket wheels and the Tesla TPS that goes with the wheels cost $500!! That's obscene!! Why should Tesla TPS cost that much?? We decided to take the TPS from the OE wheels and use them on the Flow Ones. The OE wheels are going into the garage till next Winter since they have snow tires mounted on them now.

The Tesla 3 I drove was an excellent example of the car. We live in Washington State and soon gas taxes are going to go up and everybody will want an electric. The car I drove was a long range performance model and just flew. I've got a '16 Corvette Z-06 and the Tesla was most likely a match for acceleration. Comfort and handling were just fine. I've read about problems in panel fit but this example had no such problems.

Build quality of a 70s car

January 20, 2021
By Libschitz from Joliet
Test drove this car

Car is plenty fast and has a comfortable interior, but the panel gaps make a 70s car look great, and the touch screen that controls everything is a joke. The styling is embarrassing and looks like a Mazda 3 and a soul less BMW Suv had a kid and drank during the entire pregnancy. The drivetrain technology is amazing, it's just that everything else surrounded by it makes a Kia from 20 years ago look like a Bentley by fit and finish and design language.

Its an amazing value for money most cars capable of doing what this car does start around 100k, not to mention the fact that its efficient and cheap because its electric and overall just futuristic and way ahead of its time even for how modern things are these days

Rating breakdown (out of 5):
0 people out of 7 found this review helpful. Did you?
Show full review
4.1

It has nice front view when you drive and saving alot with gas money. I haven’t been in gas station since I purchased it. The only thing you need to consider material quality in the interior not so good but it definitely worth the. Money

Rating breakdown (out of 5):
5 people out of 7 found this review helpful. Did you?
Show full review