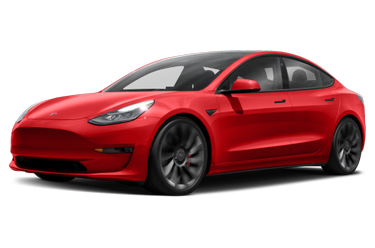 Converted me to EV

It's the first time I've actually enjoyed driving. Before this I had a Civic, then a Sonata, and my first car way back was a Chrysler 300 (which was an absolute heap of garbage). After the 300 I was purely interested in reliable, economical cars that would get me from A to B with the basic amenities. The Model 3 was a step way above that, it's more efficient than any gas-powered or hybrid commuter car, it has a modest stylishness to it, and it has WAY more get-up-and-go than you'd expect, even with the single-motor package. The torque is instantaneous with no dead zones or gear changes. The handling is solid. There's a lot to love, including the infotainment system, built-in navigation, huge screen, etc. It was a lot to adjust to, going from a vehicle with tons of dials and buttons to just a screen and a handful of tactile controls, but I love it now. But one of the things I love most about it is that I can just open my phone and start the AC a couple minutes before I get in my car - In a city that regularly sees 110+ degrees, that is a GODSEND. I'm definitely an EV convert after buying a Model 3.

Riding in this car will make you feel like you are a part of the future or hovering aboard a space ship. It truly rides like magic. I’m amazed at what this vehicle can do. The reliability and safety of this car is outstandingly outperforming every other car on the road. It does not require maintenance and every bit of the vehicle was built to guide humanity in the direction of 100% safe transportation. From my calculation on battery life, this vehicle will still hold a 250 mile charge after it’s been on the road for 600,000 miles. Considering sustainability of electricity and cost to charge- this car will save your pocket on energy costs and the earth from fuel emissions. The simplicity of the vehicle makes it easy to keep clean! Perfect 10/10 car.

Rating breakdown (out of 5):
6 people out of 6 found this review helpful. Did you?
Show full review
3.0

Have to find a new owner for it.

June 12, 2022
By AnnoyedNearBoston from Boston,MA
Owns this car

Mileage is only an Estimate. Charged for a trip in the winter and it planned out the course to a supercharger, and beyond, only to find that we had next to 1 mile left when we arrived. 175 miles away, with a 258mile charge...stressful. Another problem, service. Our ambient temp sensor went south, reads -39F in the 90 degree weather, turns on the defrosters, seat heaters, and won't run the AC. Tried to fix, but the FRUNK won't open at all. Tesla service will fix it, but we have to bring it to one of 4 "local" state wide service areas an hour plus away. And, the appointment was a month out. Have had basically a $45k brick in our driveway for pretty much a month. Oh, also, they don't answer the phone and don't work on weekends. Come on Elon...fix your service, we need our cars.

Rating breakdown (out of 5):
25 people out of 29 found this review helpful. Did you?
Show full review