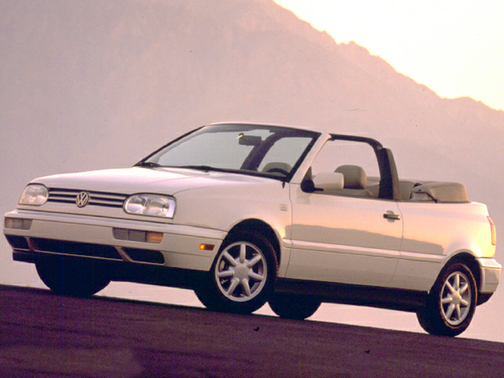 Our 1995 Volkswagen Cabrio trim comparison will help you decide.

Dedication is doing something for almost 40 years.

In the case of German automaker Volkswagen AG, building convertibles is not only dedication, but a heritage.

In 1955 the first VW Beetle softtop appeared, setting the stage for a continuing line that took in the Karmann Ghia, Rabbit and Volkswagen Cabriolet open cars.

Actually, VW’s convertible heritage began in 1948 when Karmann Coachworks Chairman Wilhelm Karmann hand-built the first Beetle softtop from his own personal VW sedan. And like its predecessors, the new 1995 Cabrio is handcrafted by Karmann Coachworks in Osnabruck, Germany.

The Cabrio is a completely new convertible that can qualify as one of the best-looking VW softtops ever turned out by Karmann. Unlike VW’s traditional boxy style, the Cabrio has a more aerodynamic profile.

“We sold so many of the old Rabbits and the Cabriolets that this new car has become a serious upgrade,” said Rick Shewmake, general sales manager of Speedway Volkswagen-Mazda. “The couple we were able to get hold of were pre-sold.”

Attracting buyers is a rounded exterior with a high back, teardrop halogen headlamps and color-keyed mirrors, bumpers and grille. An extra-wide track front and rear adds a more substantial road presence.

Overall, the Cabrio is pretty slick, a designation not easy to obtain with a moderately short automobile. The convertible has more passenger room than its predecessor, improved performance and new safety features.

Most significant among the safety factors is the incorporation of an integrated roll bar. In addition to providing rollover protection, it contributes to torsional rigidity as part of the floor-pan assembly.

The engine is a new 2.0-liter (122 cubic inch) single overhead four-cylinder that is shared with the Jetta III. It has been designed with a longer stroker, 3.65 inches, which increases the piston speed a little bit.

The resulting longer arm on the crankshaft improves low-speed torque characteristics and, according to VW, results in a much quieter powerplant.

With 115 horsepower — not bad for a 122-cubic-inch, eight-valve single-cam motor — the Cabrio provides some fairly lively performance. Zero to 60 miles an hour is under 10 seconds when a manual five-speed transmission is used. A new, optional electronically controlled four-speed automatic is 2 seconds slower.

The Cabrio isn’t designed to be a road racer, but with the wide track and a body structure that is 20 percent more rigid than its predecessor, this front-drive convertible can be driven with flair.

With four-wheel independent suspension, a front stabilizer bar, a track-correcting rear axle, wider tires and larger wheels, heavy-footed drivers can take this thing into tight corners like there’s no tomorrow and come out the other si de.

A lot of work has been done for those mainly interested in the pleasure of motoring in the fresh air. The cockpit is state of the art with a center console that divides the front bucket seats, a tachometer and newly shaped switches and controls that are conveniently located and easy to use.

The top, which is designed for all weather conditions, is manually operated. However, it converts easily via two quick-release levers, and is raised with minimum effort.

Convertibles obviously aren’t for everyone, creating a limited market. And the Cabrio is no exception.

“The Cabrio is a niche market,” Shewmake said. “But it’s an important market for us, because it creates an image for Volkswagen. I’d say it constitutes about 15 percent of our overall (VW) sales.” 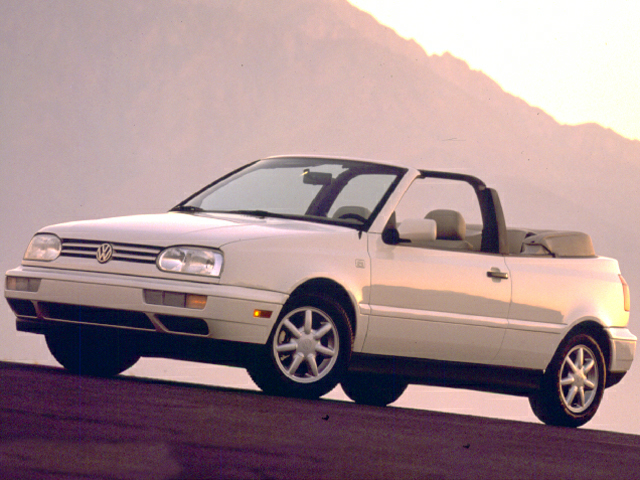