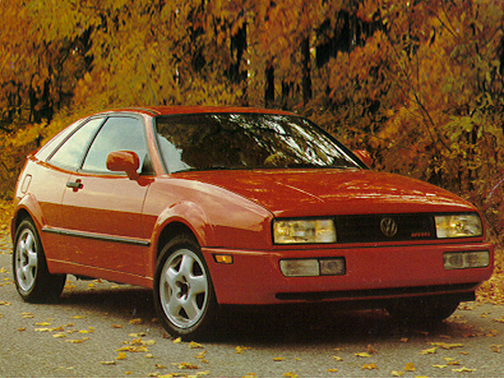 Our 1993 Volkswagen Corrado trim comparison will help you decide.

Volkswagen’s Corrado – thanks to an innovative new V-6 engine – has gonefrom half-baked to well-done.

The original Corrado, dubbed the G60, came with a superchargedfour-cylinder engine that under-whelmed a lot of serious sports car drivers.

After all, if you build a brawny-looking sports coupe and hang a $20,000price on the window, some seriously enthusiastic drivers are going to presstheir noses up against the glass and have a look-see.

Your car better be able to deliver the goods when the pedal hits themetal.

The new and vastly improved Corrado SLC does.

This car reminds me – in spirit mostly – of the first versions of Porsche’s944. You felt like you were driving the best-kept secret in the world. Notmany people knew what it could do, but they could tell by just looking that itwould take some serious muscle to outrun it.

You get that same feeling in the Corrado.

The Corrado SLC is the first Volkswagen ever sold in the United States witha six-cylinder engine.

And this isn’t just any six cylinder.

It’s a uniquely designed V-6 that cranks out an ultra-smooth 178horsepower.

The cylinders in the Corrado are laid out in a zig-zag fashion and they aretopped off with a one-piece cylinder head – unique among the world’s V-shapedengines. All other V-6 engines have two cylinder heads, one for each bank ofthree cylinders.

What all that technical stuff means is simply this: VW has installed thesix-cylinder in a space no larger than what was needed for the oldfour-cylinder engine. More power and less weight means higher performance.

The old Corrado did 0-to-60 mph in 7.5 seconds – not slow, but unable torun with such competitors as the Eagle Talon TSi and the turbocharged ToyotaMR2.

Simply stated, the Corrado SLC is a bullet on wheels. The engine belts outenough low-end power to spin the front tires in first and second gears.

No matter how high you rev the engine it never gets loud, runs rough orloses its composure. It’s as smooth as a rotary engine.

VW made at least one other major drivetrain improvement: The shifter nowclicks smoothly through the gears. On the original Corrado, the shifter wasvague and notchy.

Stripped of the gimmicky supercharger, the new Corrado is now an honesthustler.

Driving this car is exhilarating.

It shoots through a curve conveying the same sense of excitement as a fastroller coaster.

Even though there is a good amount of understeer – a condition where therear tires hav e more traction than the front tires – once you learn the car’slimits, you can have a blast.

And the Corrado is very forgiving should you overdo it while cornering.

Letting off on the throttle is usually enough to bring things back undercontrol.

The suspension is stiff. Speed bumps and minor potholes cause the car toshake and rattle.

VW gave the Corrado SLC all the equipment it needs to be a thoroughbred.Standard items include: traction control, power-assisted four-wheel discbrakes with ABS and power rack and pinion steering.

There’s some room for improvement here. The black plastic trim near thewindshield frame on the test car’s interior fit poorly. It looked as if it hadbeen warped by Florida’s high heat.

The test car had another fault: The air conditioning system emitted anawful smell of burning plastic when the temperature was set anywhere but fullcold.

In addition, you have to get used to those annoying motorized seat belt sbecause the Corrado doesn’t have an air bag and won’t until 1994, said VWspokeswoman Maria Leonhauser.

Now that that baggage is out of the way, you’ll be pleased to know theCorrado has ample room for, well, baggage.

The rear hatchback area is huge for a car this size. With the rear seatsfolded forward there’s enough room for at least two golf bags.

We loaded the Corrado with four adults and were surprised to find the rearseat area adequate. That’s a rarity in a small hatchback.

Cloth-covered sport bucket seats are standard and they are great. The seatsare very firm and supportive; they hold the driver and passenger in placewell.

In previous years, your local VW dealer was no place to look for aworld-class sports car. The Corrado SLC changes that.

Fun to Drive, Rare to See, Pain to Maintain....

Pros: Acceleration/Power, Handling/Roadholding, Braking, Rare/Unique Cons: Repair Costs, Repair Difficulty Summary: I fell in love with this car the first time I drove it. The Corrado SLC is a blast to drive. Sounds great even stock. The steering is precise, it's very grippy, the engine has good torque over a wide range and the braking is very good. For a stock 93 car it has lots of power & great handling. Parts are a bit expensive. Their are common Corrado VR6 problems. Ive had the pleasure of dealing with most ;) Heater core fails, Passenger window problems, Sun roof fails, Spoiler fails, Rear hatch gets stuck, Door handles get loose, Head lamp switch fails, Fog lights crack & burn out often, ABS light stays on... this is a high maintenance car. The G60's are the same if not more to maintain. Most of these things are just annoying and come with time & use. With that being said the engine and trans are very reliable. It handles great. Its just the cost of Labor and Parts $$$. I would recommend this vehicle with caution. This car is not for everyone. If you the time, MONEY, & passion, then by all means get your self this rare and unique modern classic.

I can't rave enough within this limited size review. Great performance, attention grabbing looks, fits like a glove and handles like a dream. Only a few available because if you have one it's like a great investment you get to have fun driving. I only gave a "4" for interior design and features but only because of the automatic shoulder seatbelt. I'd rate this car a 10 on value for the money if I could.

Fun car to drive but lots of maintenance required

July 7, 2008
By steveracer from los angeles
Owns this car

corrado is a great handling car w/ smooth and powereful V6. i enjoy driving it more than my integra. it's also nicely stlyled but it cost a lot to upkeep and i have had lots of electrical problems including annoying things as the radio, sunroof, and cruise control. if vw could get this right i would recommend this car.

All model years for the Volkswagen Corrado 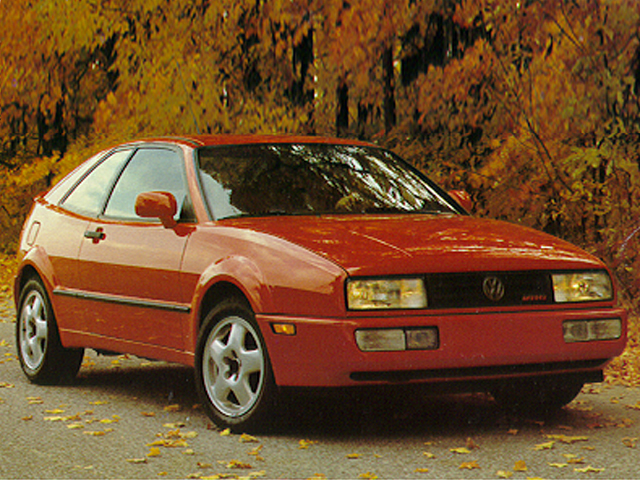