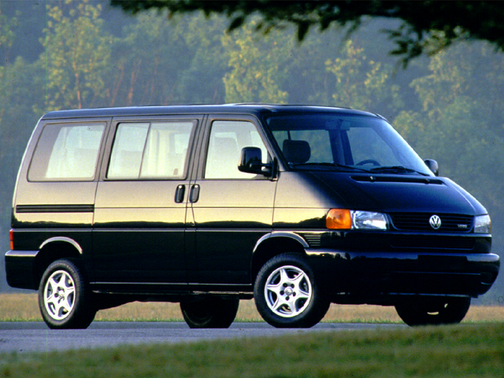 Our 1999 Volkswagen Eurovan trim comparison will help you decide.

It seems like a hundred years ago that Volkswagen made a bus. It was a bit crude with a noisy, underpowered 4-cylinder, but as with the Beetle, the bus was novel enough to develop a cult following among those who carried flowers rather than credit cards.

When the crop of U.S. built mini-vans arrived, civility took precedence over crudeness, and the bus went on hiatus.

Lost in all the attention to the U.S. mini-vans has been the return of the VW bus, the EuroVan. Thanks to a 2.8-liter, 140-h.p. V-6, the days of 4-cylinder commotion are just memories. Still not a lot of power, but a lot less noise.

The best feature of the GLS we tested was the seating plan. Two front, two middle, two rear, with the two middle seats pushed to the far left wall to create a wide vestibule when you open the side slider. Couldn’t be easier to get in the second and, especially, the third seats without having to lower and flip or flip-and-slide any other seats. Very nice touch.

But, EuroVan stands high and feels narrow so you feel top heavy on the road. Take corners slowly. Those slab sides invite the wind to snap against the sheet metal.

Nice features include ABS and traction control as standard, along with a list of goodies such as dual-zone climate control; dust/pollen filter; cruise control; AM/FM stereo with cassette; power locks, windows and (heated) mirrors; and rear-window wiper/washer.

Montana with its entertainment center, Safari with AWD and Sienna with car-like ride and handling are better values.

THESE VW EUROVAN MV ARE AN ICONIC VAN. PERIOD.

May 15, 2019
By Raveon from Santa Barbara, California
Owns this car

I LOVE THIS VAN SO MUCH I WANTED TO TAKE IT WITH ME AND BE BURIED IN IT. BUT THEN I DECIDED TO BE CREMATED... ROOMY, SOLID, GREAT INTERIOR CONFIGURATION. WELL MADE. GOOD STORAGE, POWER.

August 22, 2018
By Raveon from Santa Barbara, California
Owns this car

Well made. No corners were cut by VW when they made these vans, but with good quality comes a higher price and they could not compete with the cheaper Dodge Caravans, et al. Check out a 20 year old one of these now compared toa 20 year old Eurovan.

I Have owned 7 VW Campers, dating back to 1976. The years 97-2003. Are the best and have everything needed for Comfortable travel and Camping!

Rating breakdown (out of 5):
1 person out of 2 found this review helpful. Did you?
Show full review
See all 8 consumer reviews

All model years for the Volkswagen Eurovan 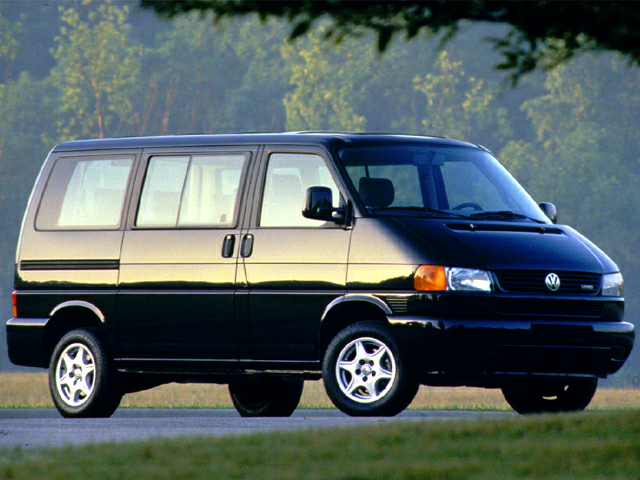