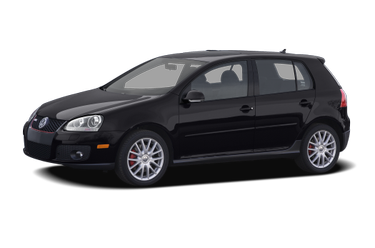 Expensive to own, but fun to drive

This car is great to drive. Looks super, and really performs, but it comes with a price. Know that you will be paying for premium gas, so compare the prices at the pump over regular before buying. Also, it takes a special synthetic oil which runs around $8/bottle for oil changes and a $16 filter at NAPA (dealer wants $28). Oil change is not very straightforward either. It's a paper filter that you have to drain the filter housing for before removing. Look up the procedure on a VW GTI forum before buying if you do your own oil changes. I had a xenon headlight bulb burn out and it costs $176 just for the bulb!!! Luckily it was covered under warranty. Speaking of which, I've had it in 3 times in the past 5 months that I've owned it for warranty work. The rear wiper/washer quit working, the tranny had a mechatronic unit replaced (google that) for rough shifting from a start, and the headlight. I normally get around 26-28 mpg on my commute to work and back (mostly highway), so mileage isn't as good as say a Mini Cooper for the same performance. It's probably a nicer car by far inside than the Cooper, though, and a lot roomier. 4 door model that I have seats 5 people comfortably. Seems bigger inside than it looks outside. Leather interior is great. Very nice on the highway to drive. The stock tires aren't very good in snow, so figure on getting an extra set of wheels (they say 16" are good) to put a set of 4 good snow tires on it. I gave it an overall rating of 3 stars because I don't think I'd want to own this car once it's out of warranty. I'm afraid any type of repair would be ridiculously expensive.

GTI - the goods and bads

March 25, 2010
By Pat the Rat from Central Pennsylvania
Owns this car

I recently purchased a 2008 VW GTI with about 21k on the odometer. It's pretty much loaded except for the nav system, which I think is a waste of money anyway when you can get a portable one for $150. Anyway, I decided to hold out for the leather interior, which meant getting the Autobahn package, giving me the electronic sunroof, heated seats, and premium sound system. I also wanted a 4 door with the DSG tranny since my 2 sons and my wife would probably drive it sometimes and they don't like to drive a stick. Thanks to Cars.com, I located one that was about an hour away, but luckily the dealer had a sister dealership locally and they shipped the car up for me to look at. It was perfect for what I was looking for. When I bought it, the dealership gave me a 3 yr bumper to bumper GM warranty for what it cost the dealer, so it was kinda like getting a new car for much less than the original sticker price. The car has tons of little things that are well thought-out that make driving it much nicer than other hatchbacks. Things like steering wheel controls for stereo and a computer display that gives you a running idea of what your gas mileage is. I normally get around 27.5 mpg in my daily commute of 56 miles round trip to work. It has heated outside mirrors and heated washer nozzles. It has turn signals on the outside mirrors. Hitting the turn signal lever briefly to change lanes makes it blink 3 times without holding the lever. The stereo is outstanding. The back seats fold down, although not flat or you can just fold one of the 60/40 seats down, or there is a pass thru where the arm rest is to carry long things like skis without putting the seats down. The back seats have plenty of room, too. Probably more so than the two door model. My only complaints - the DSG tranny seems to have a bad mechatronic unit, which causes it to jerk into gear from a dead stop at times. But this will supposedly be covered under the car's original factory warranty and VW has increased the warranty on these transmissions till 10 years/100k miles, so that's a good thing! I also had trouble with the rear windshield washer not working during that past month of winter. Took it to the dealer and they said it needs a new nozzle, but the next day it started working again on its own. Not sure why yet and they never called me back to replace the nozzle they had on order either. Okay, my other problem with the car is gas and maintenance, which is why I didn't give it 5 stars for everything. It takes premium gas only, which is a lot more expensive, oil changes must use synthetic oil and a special VW oil filter and the process is kind of ridiculous for the do-it-yourselfer like me. Luckily there are GTI websites online that show you how to do it. Also, they recommend changing the tranny fluid every 20k miles. I'll get this done for free when I get my mechatronic unit replaced, but the 40k service is said to cost anywhere from $500-$700! That would include new plugs and wires, a brake fluid flush, tranny oil change, and maybe some other stuff too. Not cheap to upkeep. Also, the tires that come with it are not very good in snow. I'll have to find an extra set of rims and get real snow tires for the winters in PA. Overall, though, I really like driving the car. It takes off like a shot when the turbo kicks in and I don't even bother with the paddle shifters on the steering wheel. It does a better job than I could. Very comfortable and I feel like I got a lot of car for the money.

I've owned 7 VWs over a period of 30 years, including 3 GTIs. After driving a '99 Jetta for a few years, I'd have taken a bet from anyone that I was through forever with VW -- and have lost, happily! I didn't think VW could improve on the '83-'84 GTI, but they have -- by far. In short, my little Spike is a joy to drive. In spite of its size I feel safe -- its quick handling, speedy acceleration and great braking don't get in the way of what so far (4000 miles) has been good gas mileage (28-30 mpg, combining freeway and city). It's everything my original two were, and so much more. Love the satellite radio, and it's perfect for a petite woman like myself who enjoys a "sports car"without sacrificing comfort. A bit snug for folks getting into the back seats, but I didn't get it to haul people, and when the back seats are down I have plenty of room to take camping equipment, etc. Spike is my new "first love!"

I didnt like the seats. They were plad.Other wise the car was fast and had great gas mileage. well go get one!!

Great car for the price, greater than the sum of it's parts. It's a ball to drive, reacts as if hardwired to your brain. Powertrain is smooth and the power is there no matter your speed or gear. 6 speed manual/clutch are perfect. Love the plaid seats and steering wheel. After 3 months averaging 25-26 MPG with mostly city driving. My GTI is rock solid, no reliability issues yet. I've owned many VWs and this is my favorite to date. I've also had Honda, Mazda, Subaru, and an Acura and I prefer the drive and feel of VW.

Fun and yet economical

I love the car. I've had it almost a year with 20K+ miles on it. As a daily driver its fun, gets great mileage. I average 33mpg, Quick, with excellent Handling. The car is a great buy. I looked at a civic (too slow and small). I'm not a fan of VTEC. The Mini Cooper S. Which is an even better handling car, but really small. The GTI was the best compromise with excellent build quality.

Blast to drive yet practical

After looking for a car that was: 1. Fun to Drive 2. Practical-My GTI has 4 doors/usable back seat 3. Decent gas mileage I don't think I could have made a better choice. Thought I'd buy a manuel, but enjoyed the DSG transmission so much, that's what I bought. I've only had alittle over 2 weeks, but still can't wait to get behing the wheel. VW Great Job on the GTI

hate to sound lame...but i feel SAWEET in this car

I love driving around in this car!! this sounds sad...but it gets me up in the morning!! ha.. Everyone is looking at it, i would too, it's niiiicee...even though i would prefer the boxier body (01-05), the smoothness exterior as well as interior make up for it. I LOVE how there's no blind spot, I feel one with the car.

Only for the german engineered driving enthusiast!

Very satisfied after my first 2k miles. My 2008 gti rips through the gears and is now more fun with its milltek turboback exhaust. This gives the gti some more horses and torque. Car handles very well with stock suspension which is lowered on the 08 models. Will be upgrading to summer performance tires and wheels in the spring. Can't wait. I have the stock 17'denver alloys. In my opinion they look nicer than the 18"huffs. This car has so much potential but if left at stock is a true pleasure and well thought of design. Stereo system could be more refined but the exhaust note makes up for it at 5500. Good luck. Oh yea....Stick with the 6spd and cloth seats. Trust me your better off taking the additional 3-4k and using it for respectfull mods!!!