Looks like: A more muscular take on the Boxster

The Porsche Boxster, which has featured a flat-six-cylinder boxer engine since its introduction in 1996, has given up on the traditional engine arrangement with the announcement of the arrival of a new pair of turbocharged flat-four-cylinder engines. Along with the new motors come styling updates inside and out, and a new name: The two-seat droptop sports car will now be known as the 2017 Porsche 718 Boxster and 718 Boxster S for the more powerful version.

The new 718 Boxster is immediately identifiable despite its resemblance to the outgoing model. The biggest difference is the larger air intakes that feature multiple fins and stretch the car’s width. The air intakes, which are under the bumper, make the 718 look much wider than the outgoing Boxster, and they are accented with the distinctive four-point LED daytime running lamps that have become a Porsche signature. The side-mounted air intakes are also larger and deeper, stretching downward to meet the bottom of the doors.

The windshield, folding top and trunk lid are unchanged, but the back end gets a dark taillight treatment and a straked logo panel spanning the area under the trunk lid. The overall look is more muscular and wedgy than the previous model.

Inside, the new 718 gets a mildly revised instrument panel and console, bringing a cleaner look, while a new Porsche Communication Management multimedia system is standard. PCM allows for smartphone integration and can be outfitted with an optional navigation system.

Both engines have seen a 14 percent improvement in fuel economy (in the European cycle), according to Porsche, but U.S. fuel economy numbers are not yet released.

A retuned sport suspension is also present, with a retuned electric steering system that the company says is more direct. Porsche Active Suspension Management is again optional, and drops the ride stance by 10 millimeters on the 718 and 20 millimeters on the 718 Boxster S. The optional Sport Chrono Package now includes an Individual setting in addition to that Normal, Sport and Sport Plus settings, with automatic transmission-equipped cars getting a Sport Response Button that Porsche says sharpens responsiveness of both engine and transmission behavior. Nineteen-inch wheels are standard, with optional 20-inch rims available. 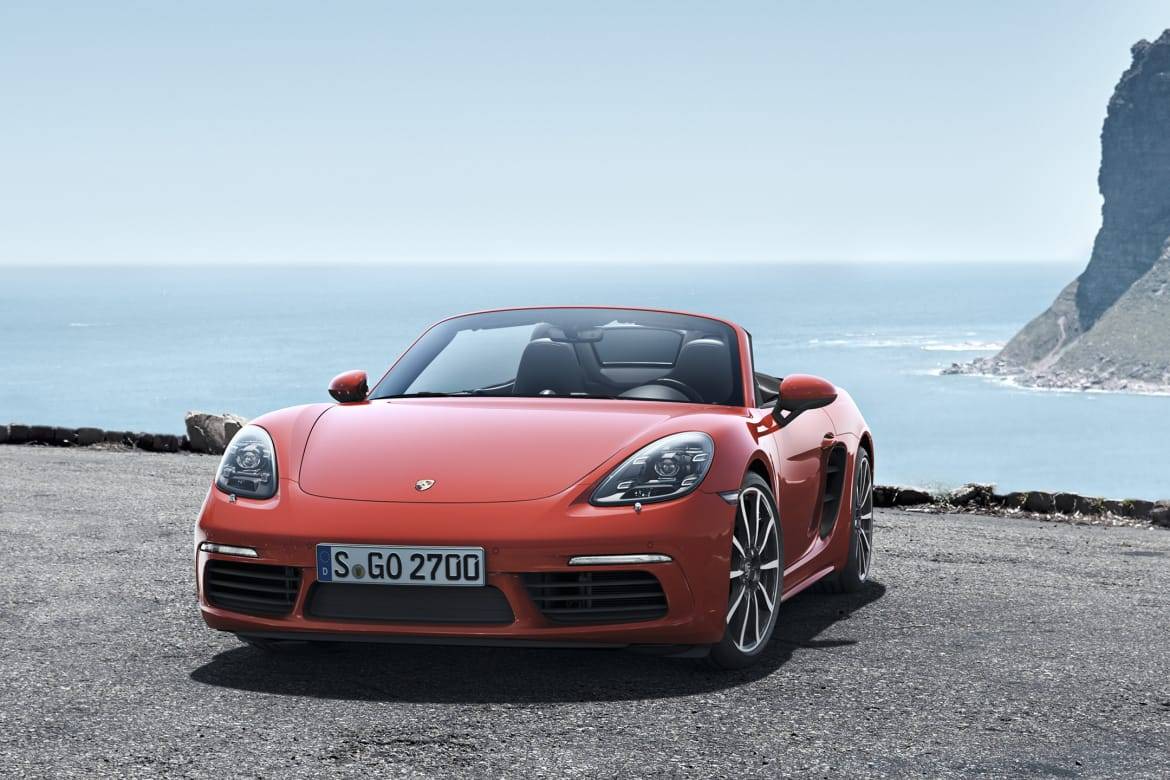 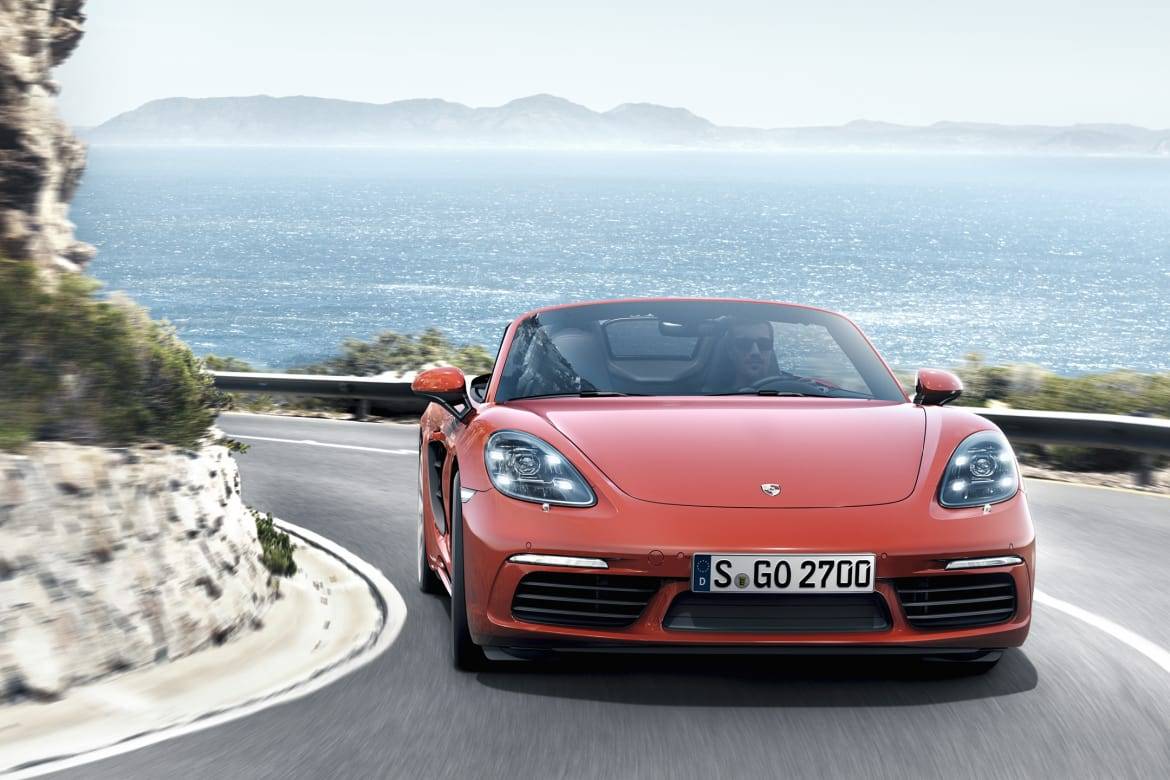 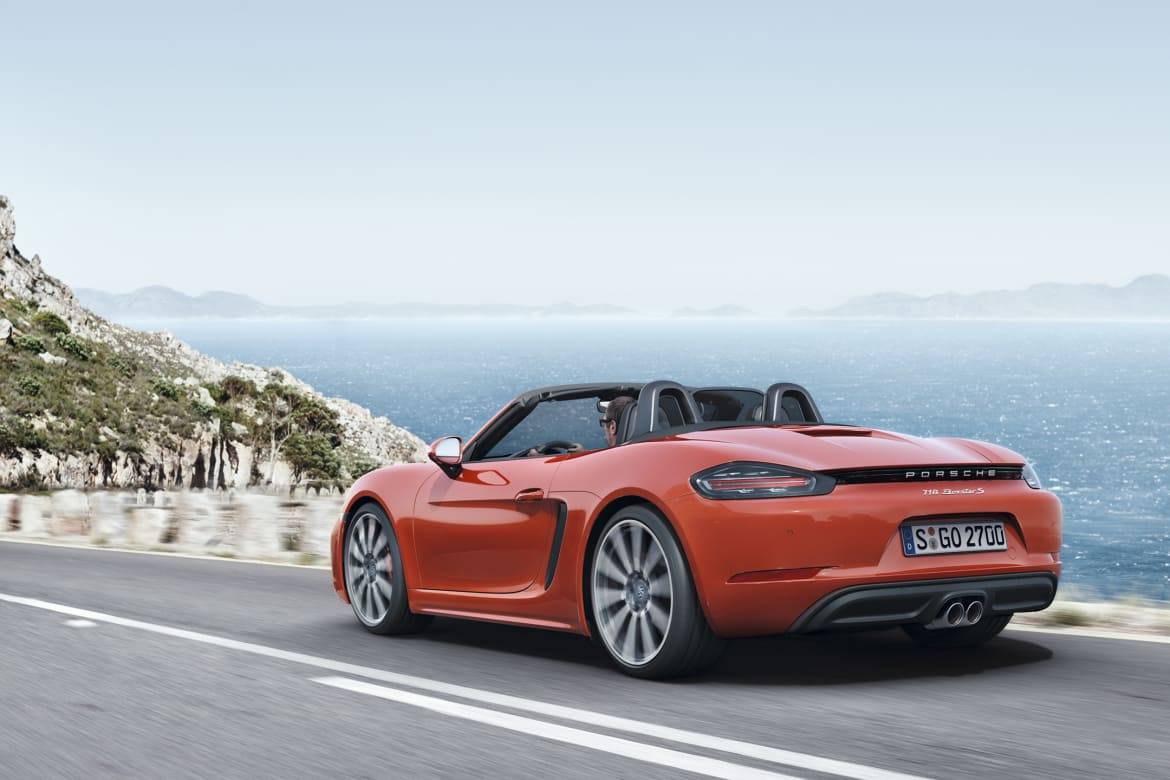 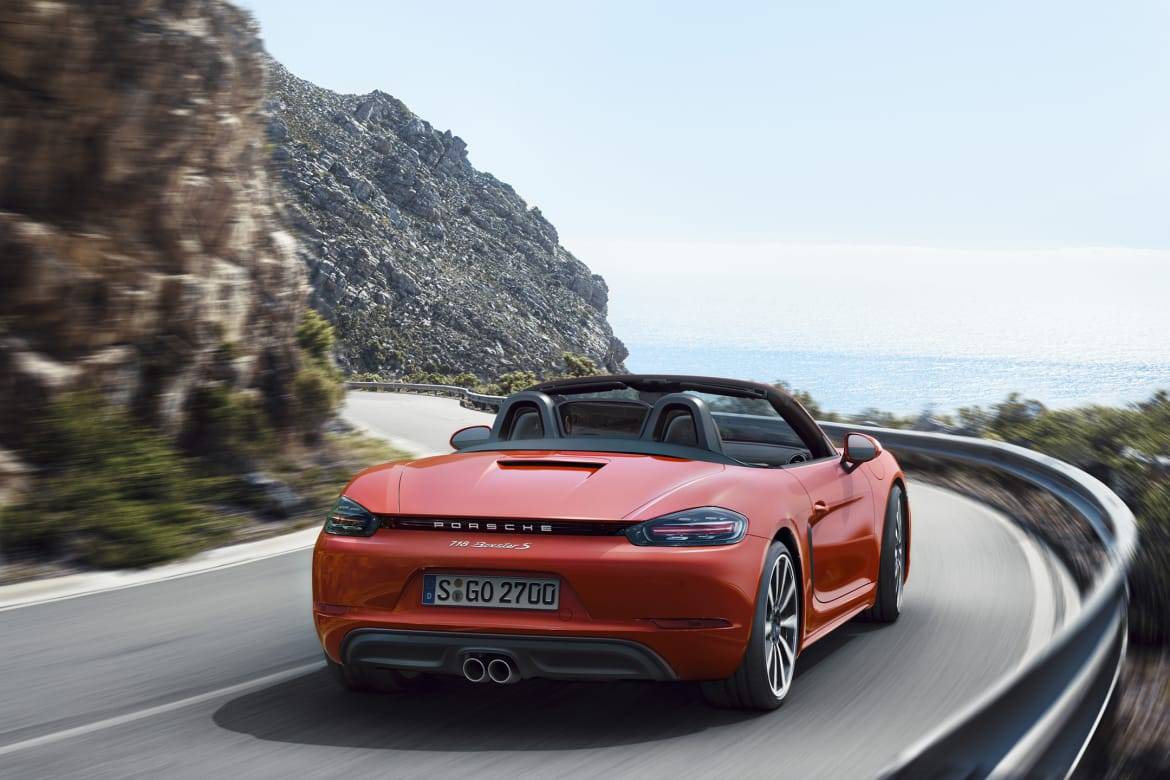 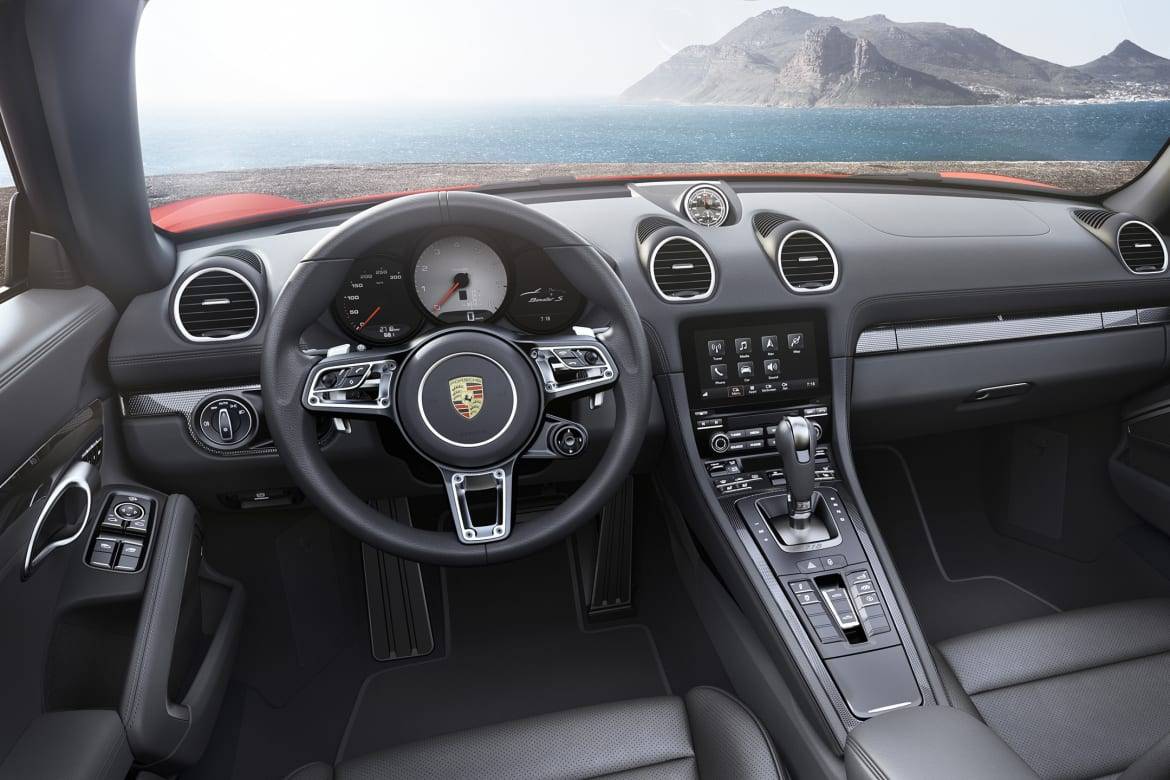