The 2018 Buick Regal Sportback is set to bow next week at the 2017 New York International Auto Show, bringing coupelike sportiness, enhanced cargo and safety offerings, and the promise of improved performance. This new body style for the premium mid-size sedan could breathe a bit of life into the Regal lineup, which is overdue for an overhaul. An all-wheel-drive SUV-like model, the Regal TourX, also joins the lineup.

Pricing will be announced closer to the vehicle’s launch toward the end of 2017, and four trim levels will be available: Regal, Preferred, Preferred II and Essence. The TourX is offered in TourX, Preferred and Essence trims.

Buick gave the Regal a sleek, sporty roofline and low-slung stance along with a stiffened and strengthened body structure that’s 200 pounds lighter than the previous-generation Regal, all combining to portray athleticism and improved efficiency. Designers pushed the wheels — 17- or 18-inch aluminum wheels are available — further out toward the corners and stretched the wheelbase by 3 inches more than the outgoing Regal, which Buick says frees up passenger space. 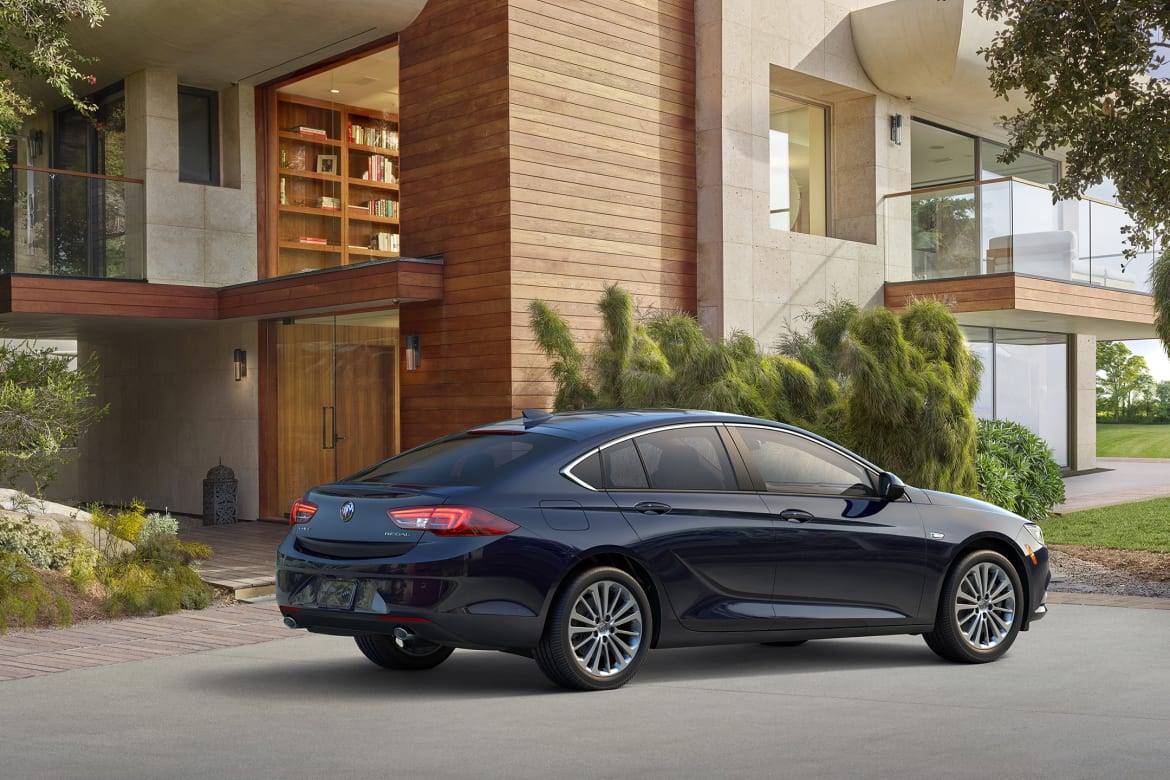 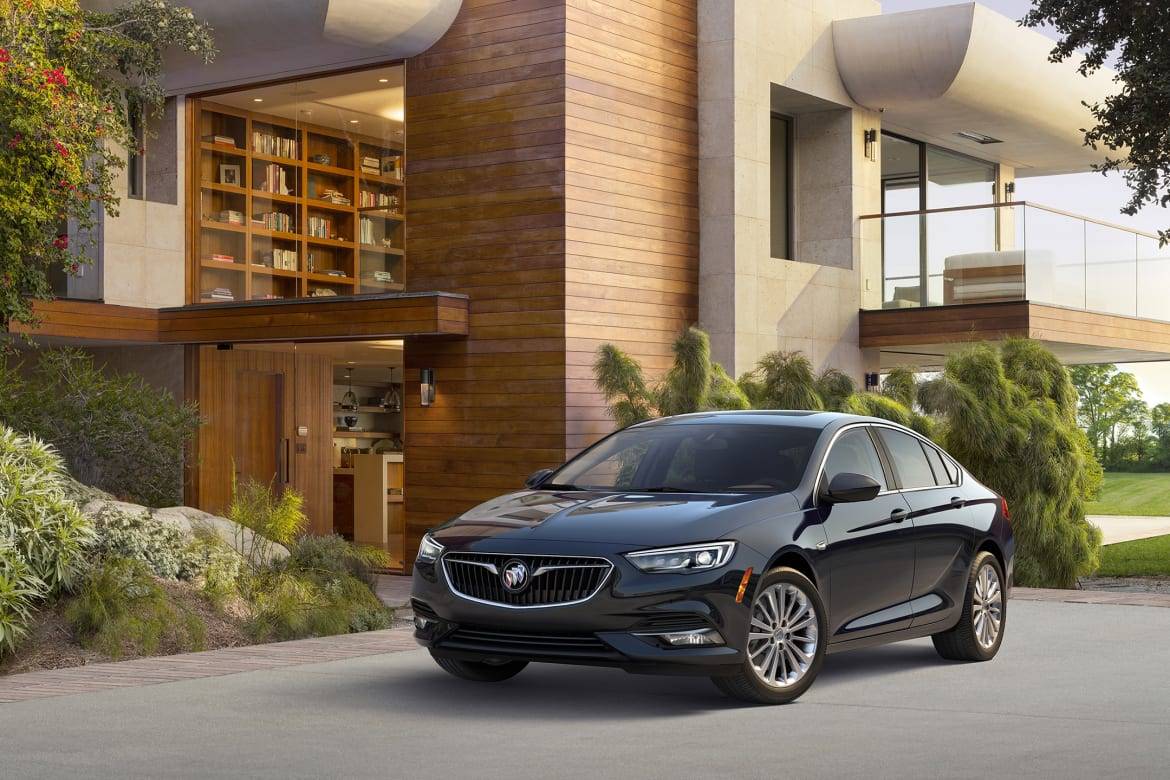 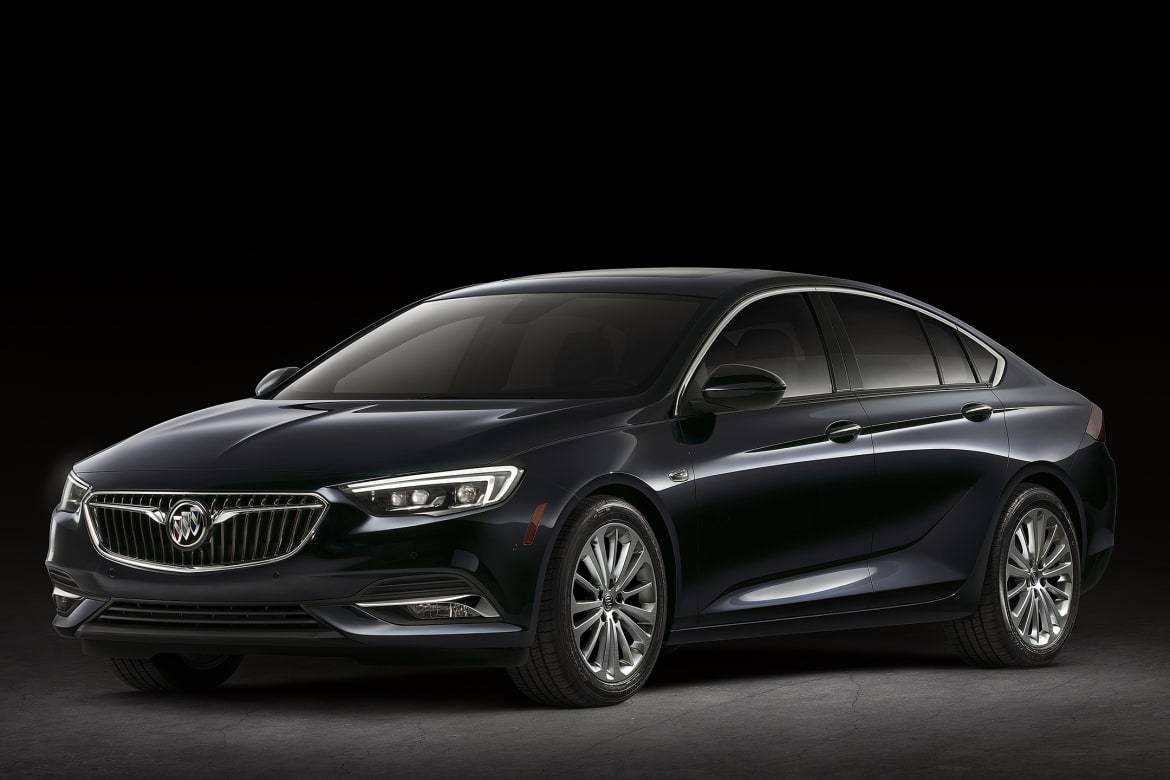 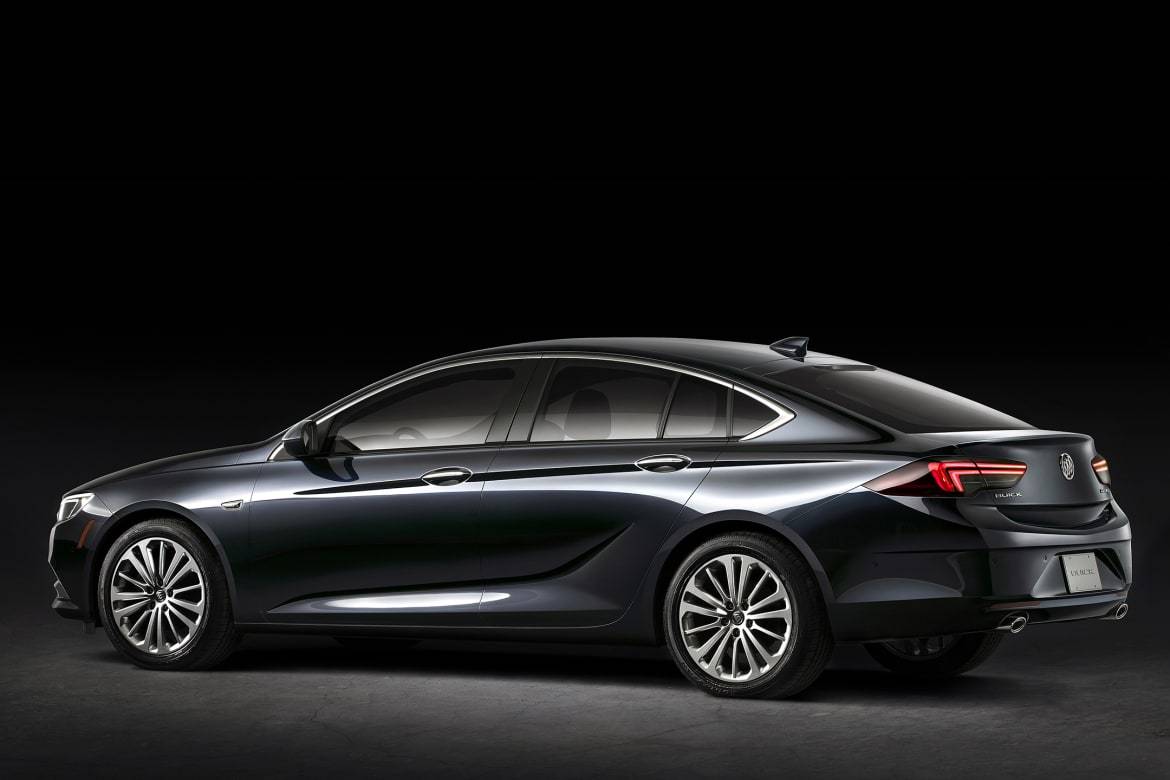 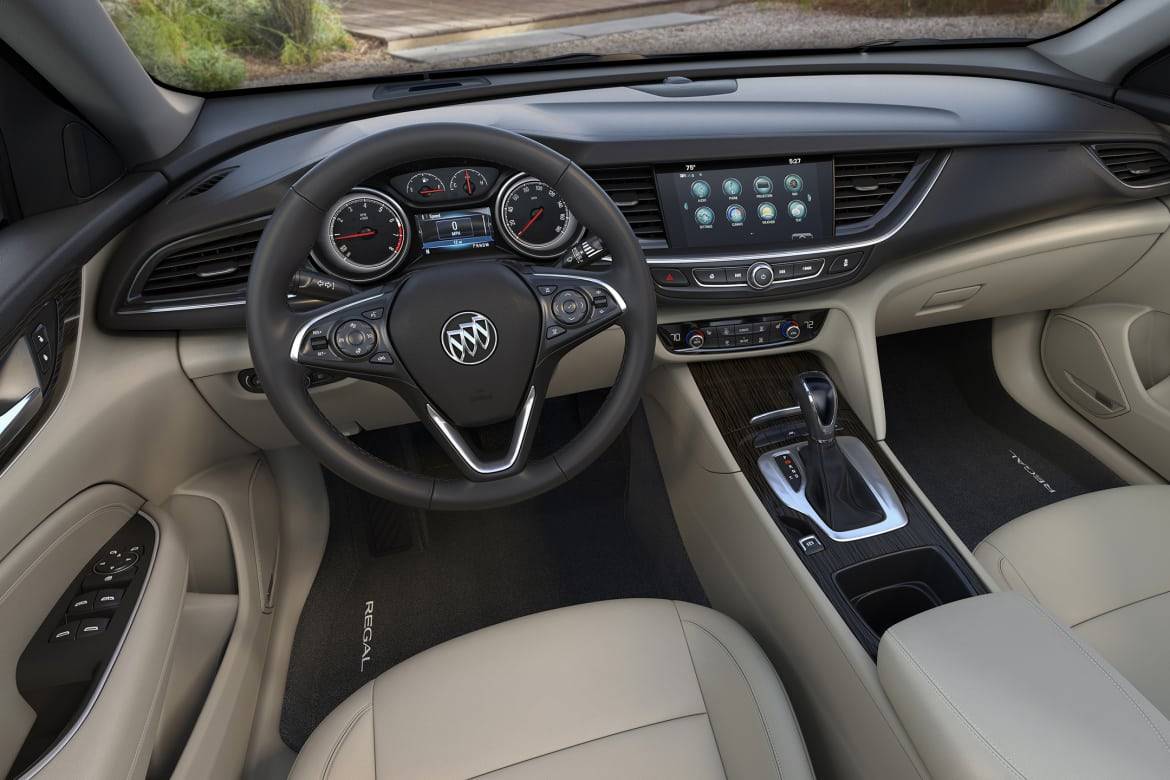 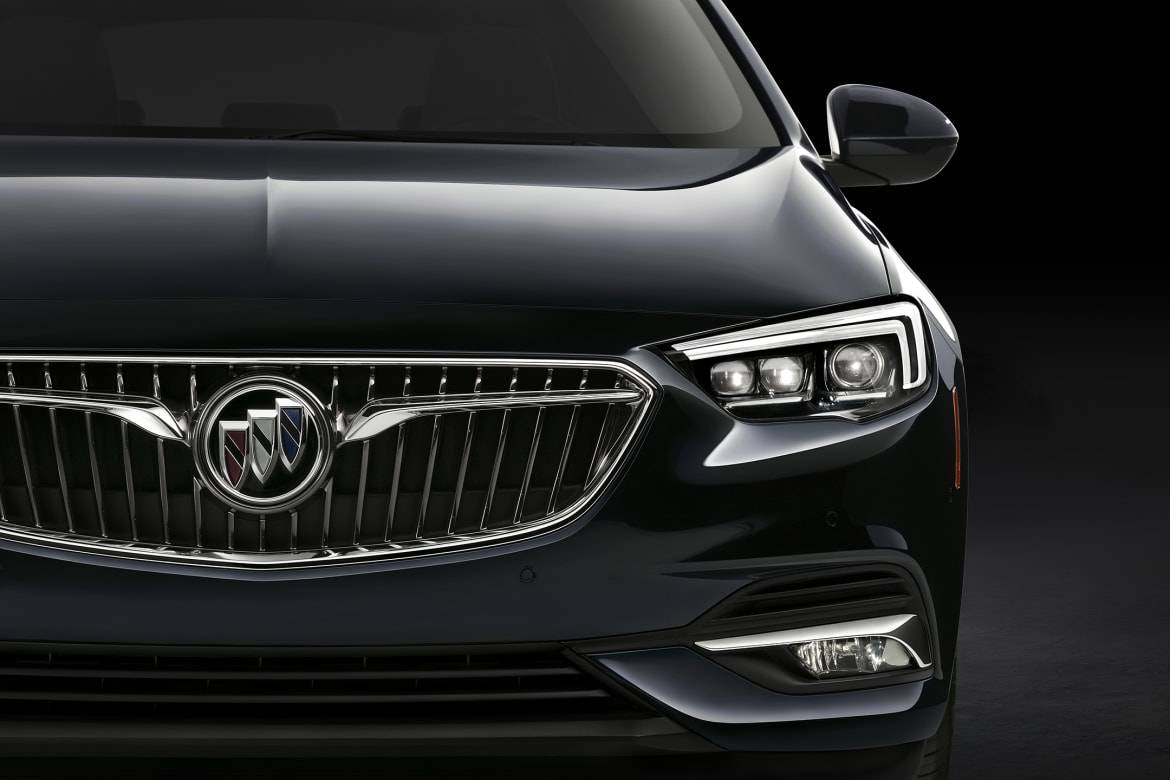 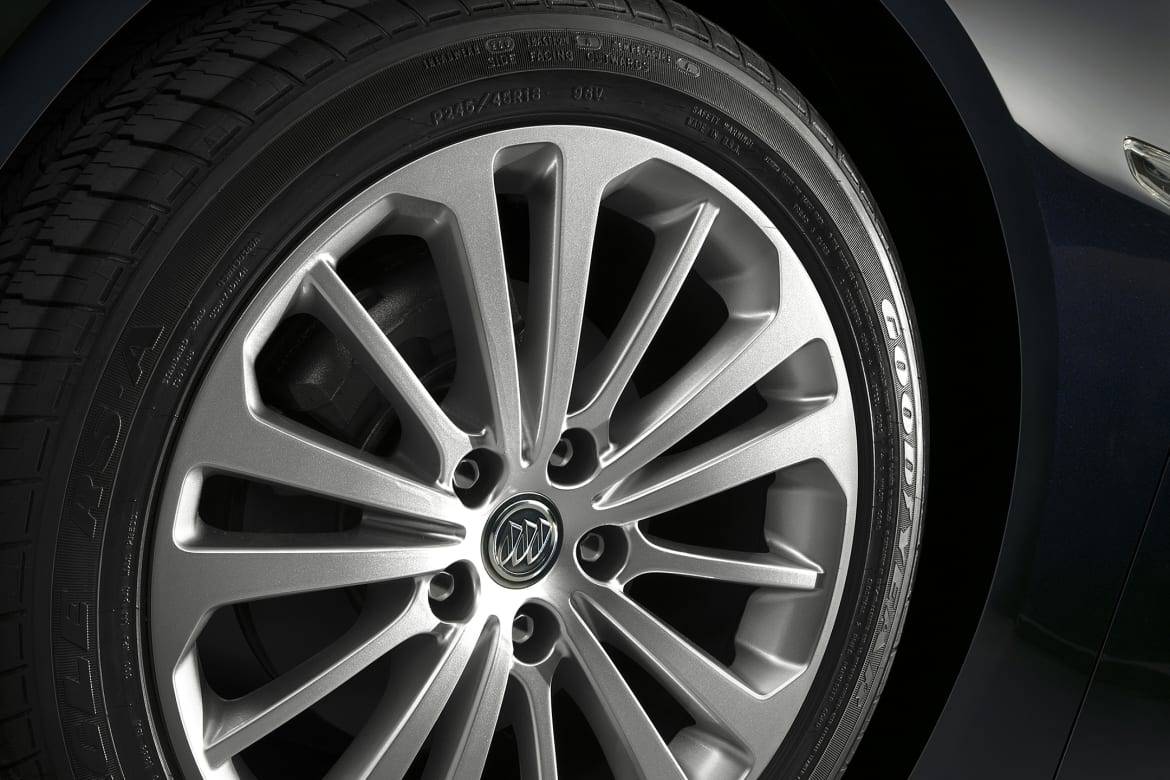 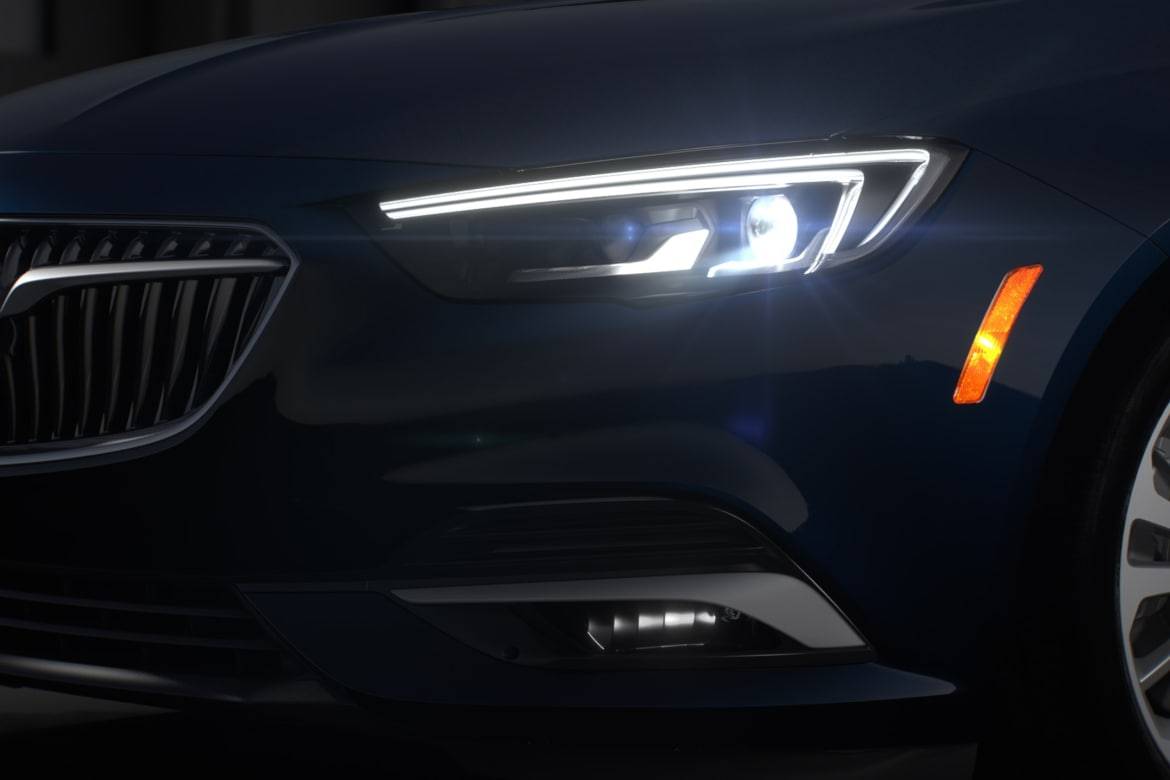 The AWD-standard Regal TourX wears more body cladding and has a taller ground clearance. Compared to the 2018 Regal Sportback, the TourX is 3.4 inches longer. Eighteen-inch wheels are standard.

Cabin occupants will access multimedia functions via a standard 7-inch display or an optional 8-inch display with embedded navigation. The pilot-centric cockpit features a center stack that favors the driver, while Buick describes the interior design style as having “clean lines, uncluttered surfaces and premium seating materials.”

With the second row in place, the Sportback boasts 31.5 cubic feet of space — more than doubling that of the 2017 Regal sedan. Overall cargo space behind the first row, according to the automaker, is 60.7 cubic feet. A 60/40-split folding rear seat is standard; a 40/20/40-split rear seat is also available.

The TourX has 32.7 cubic feet in the rear hatch area with seats up and 73.5 cubic feet of cargo capacity with the seats folded. 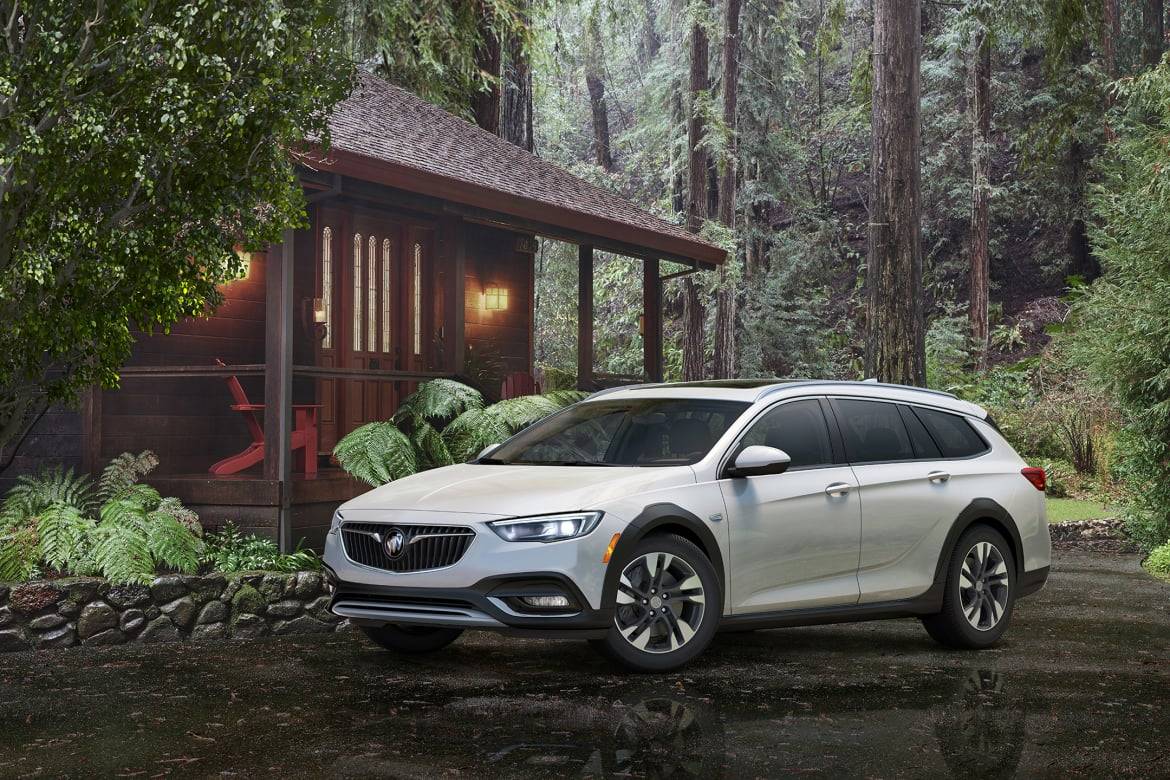 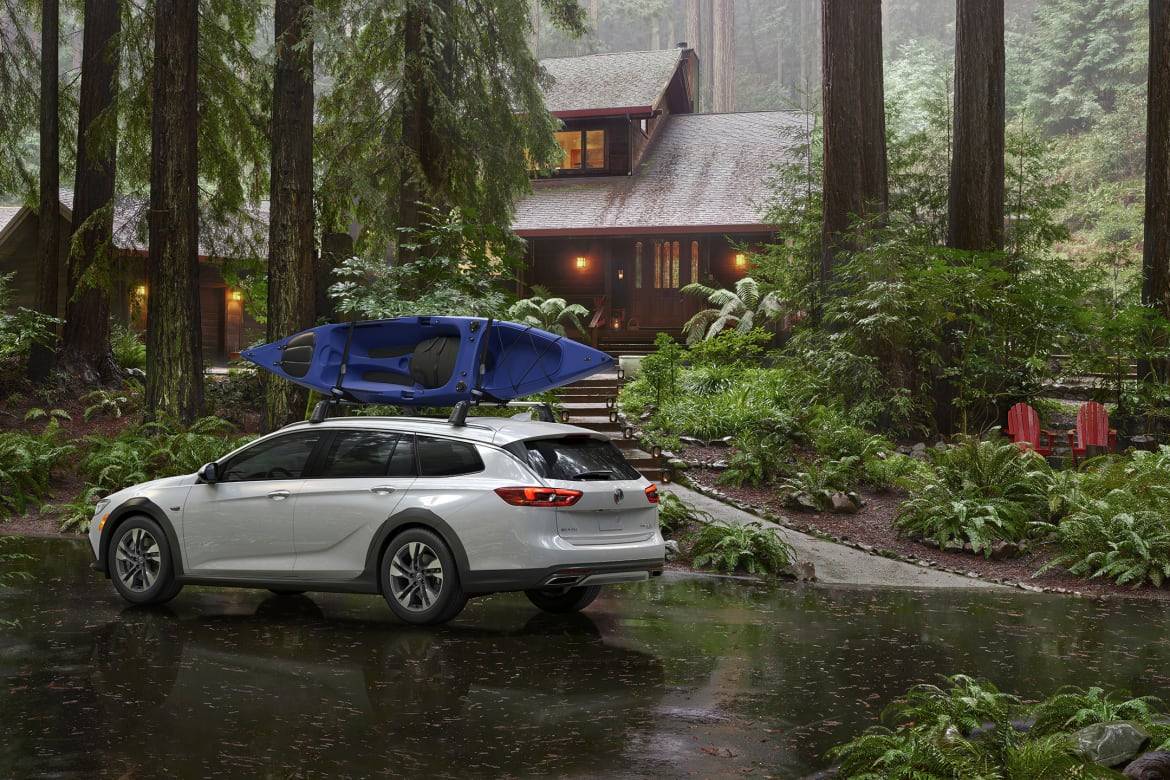 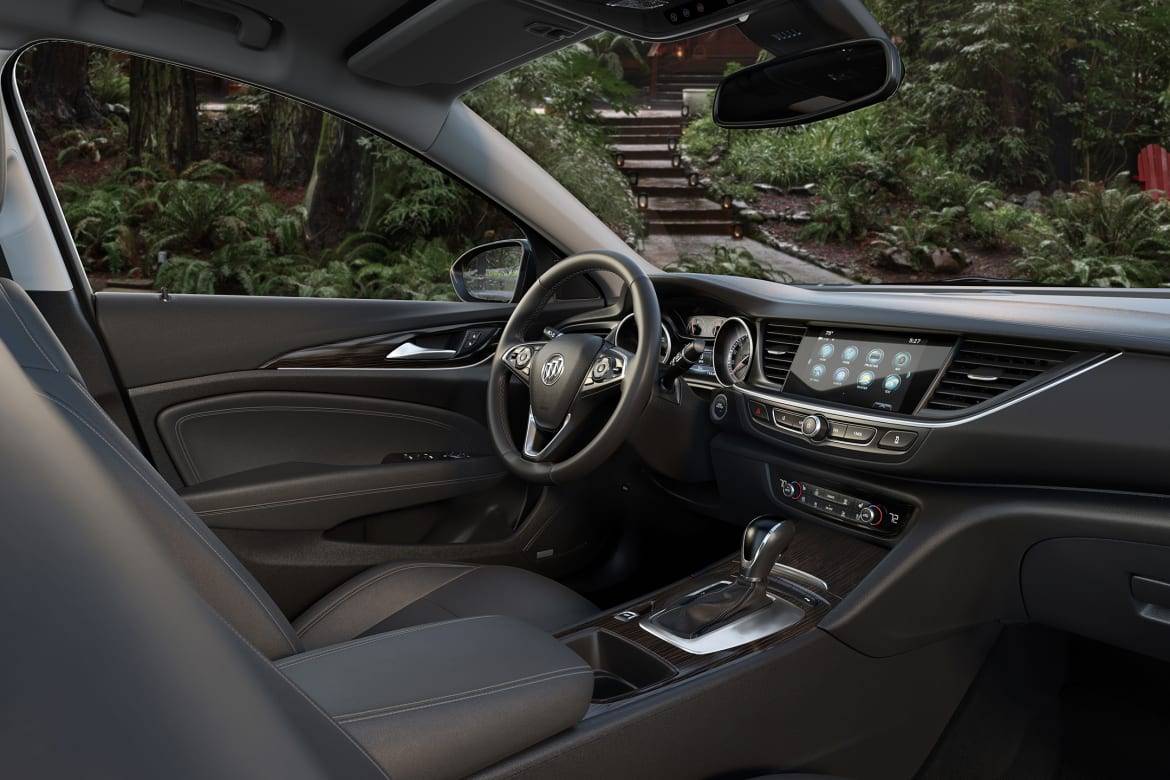 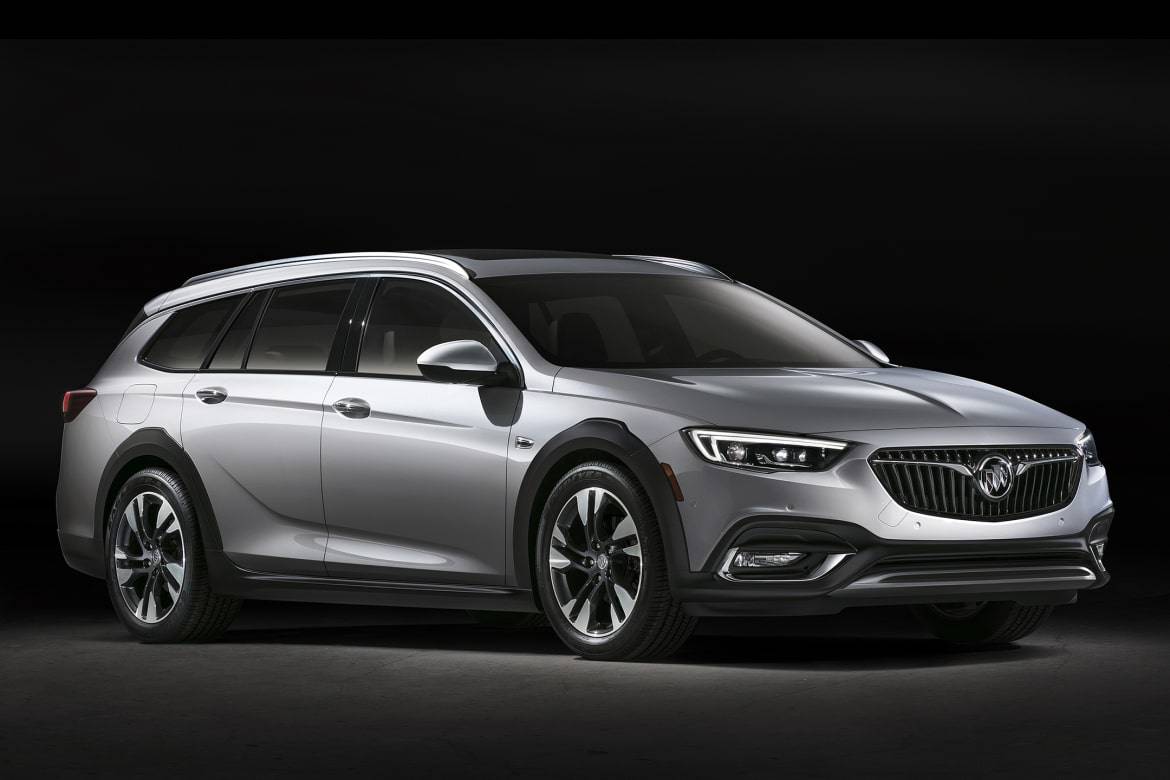 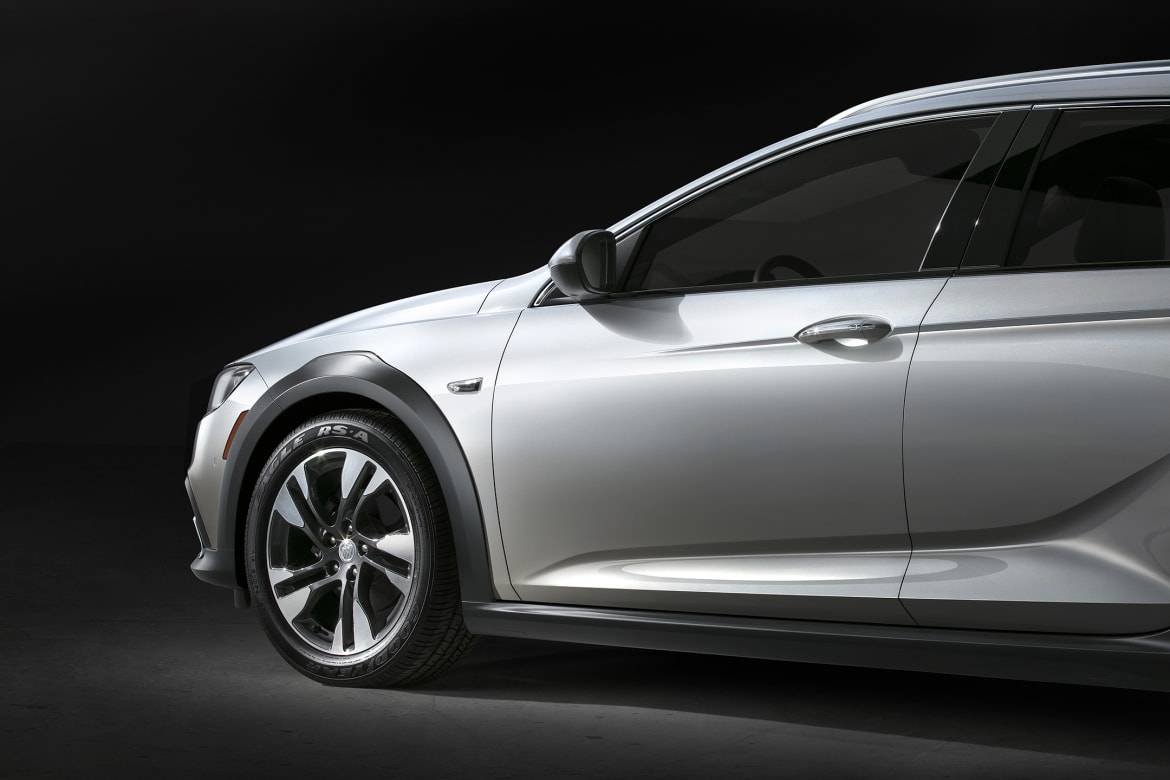 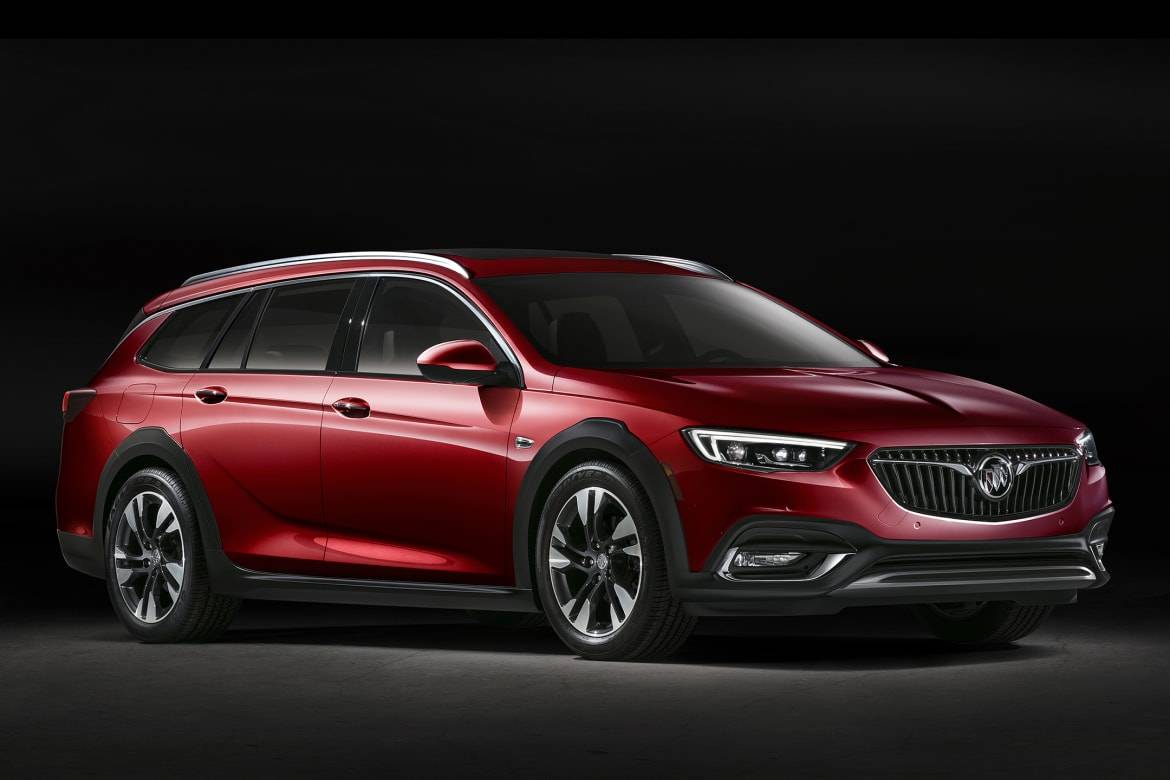 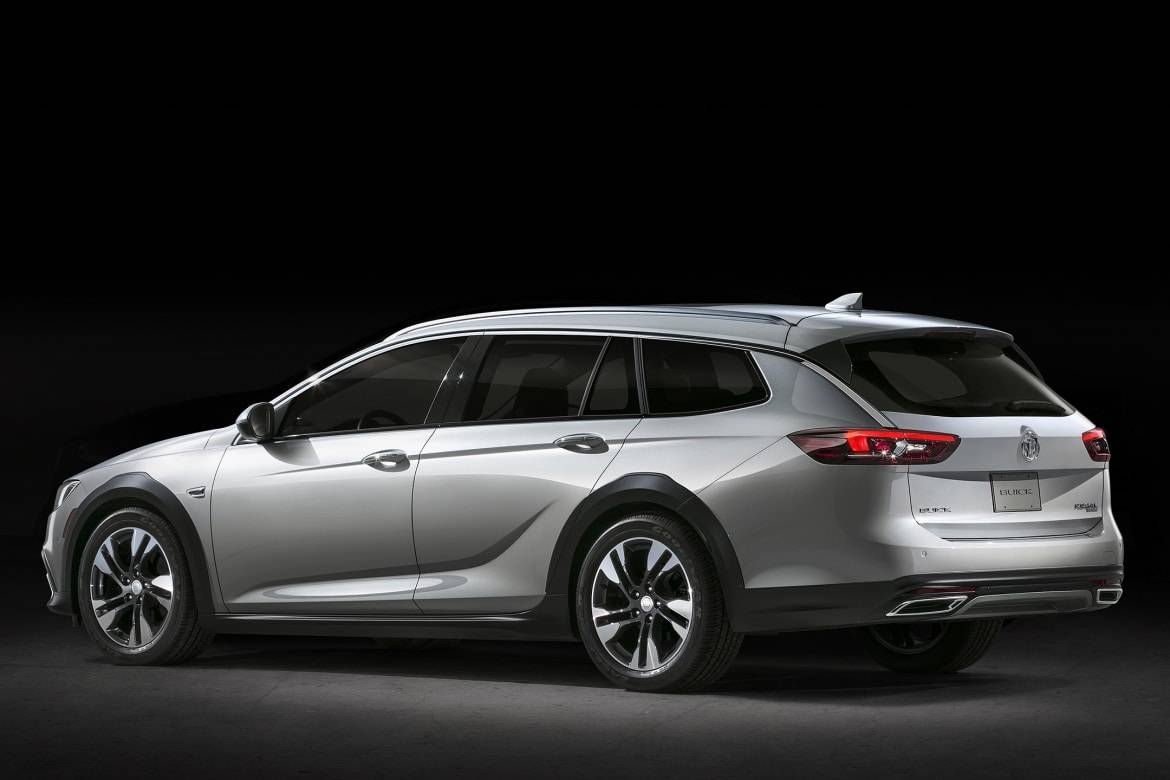 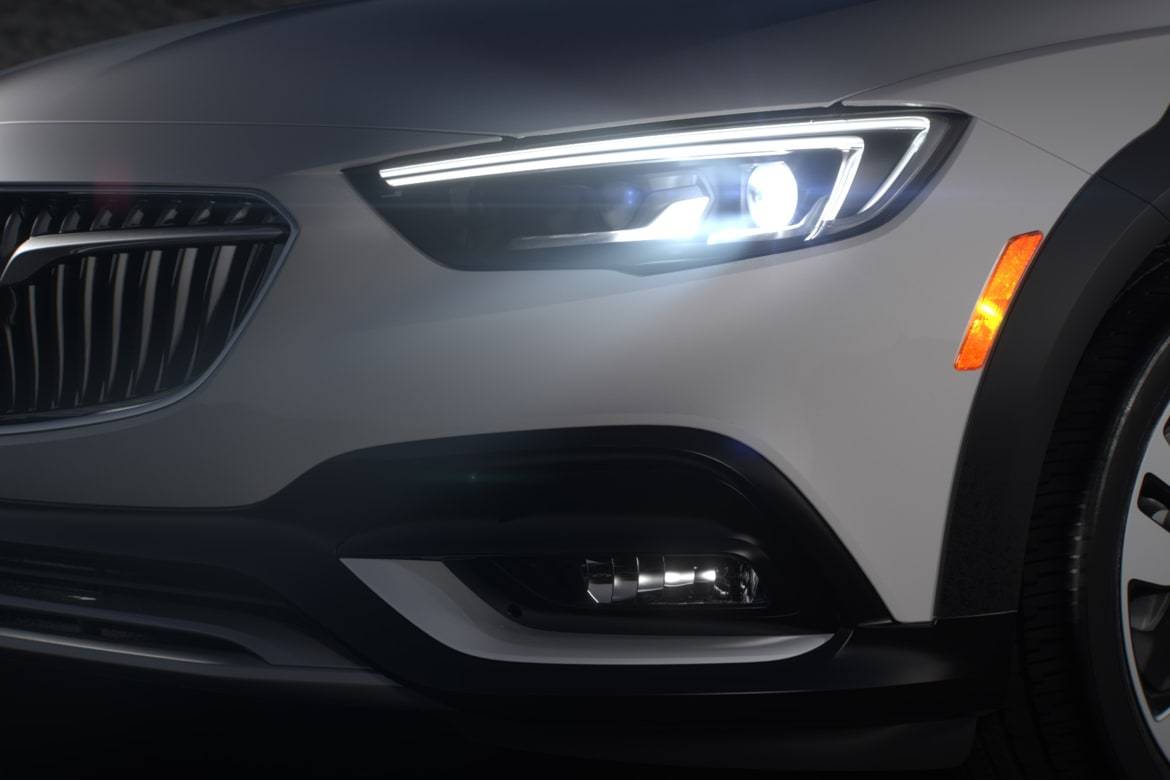 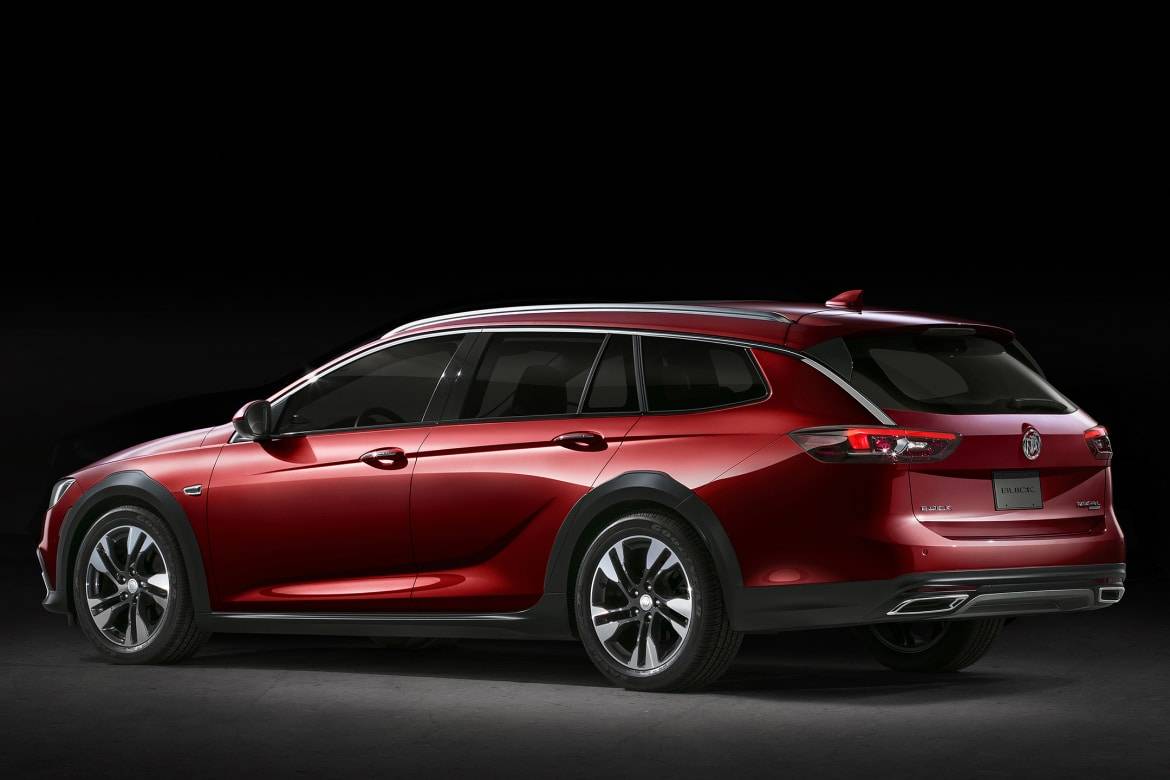 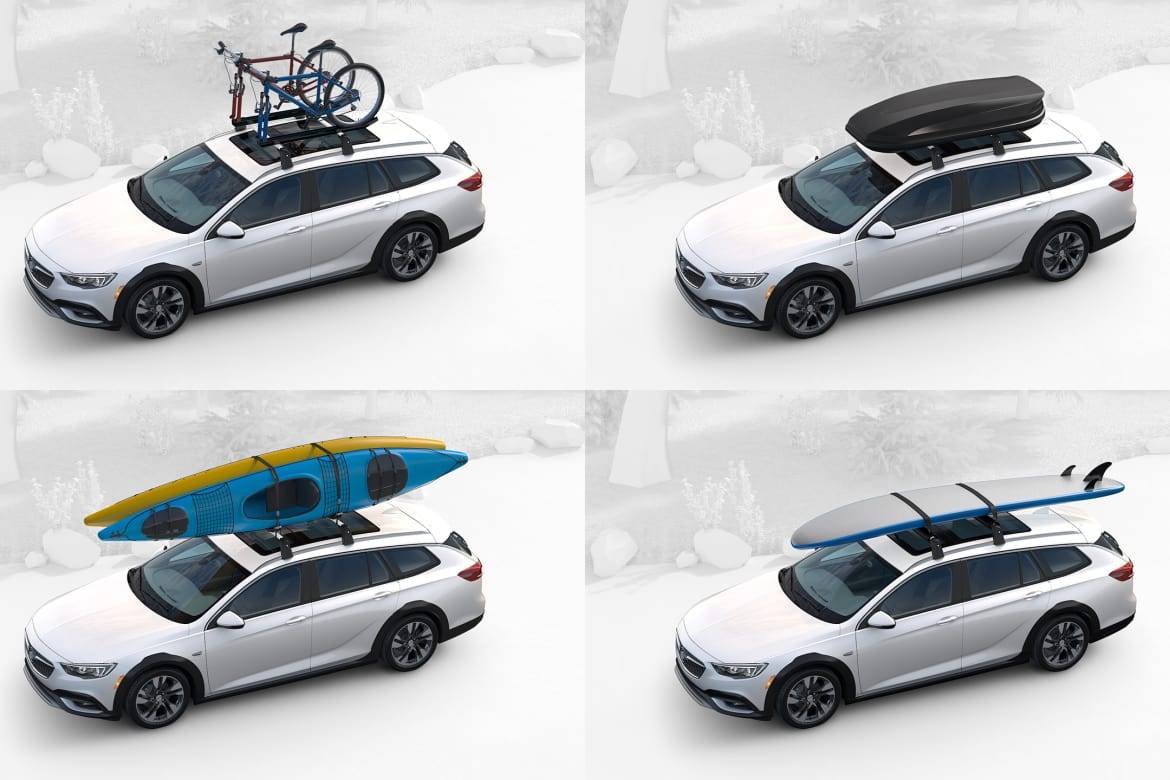 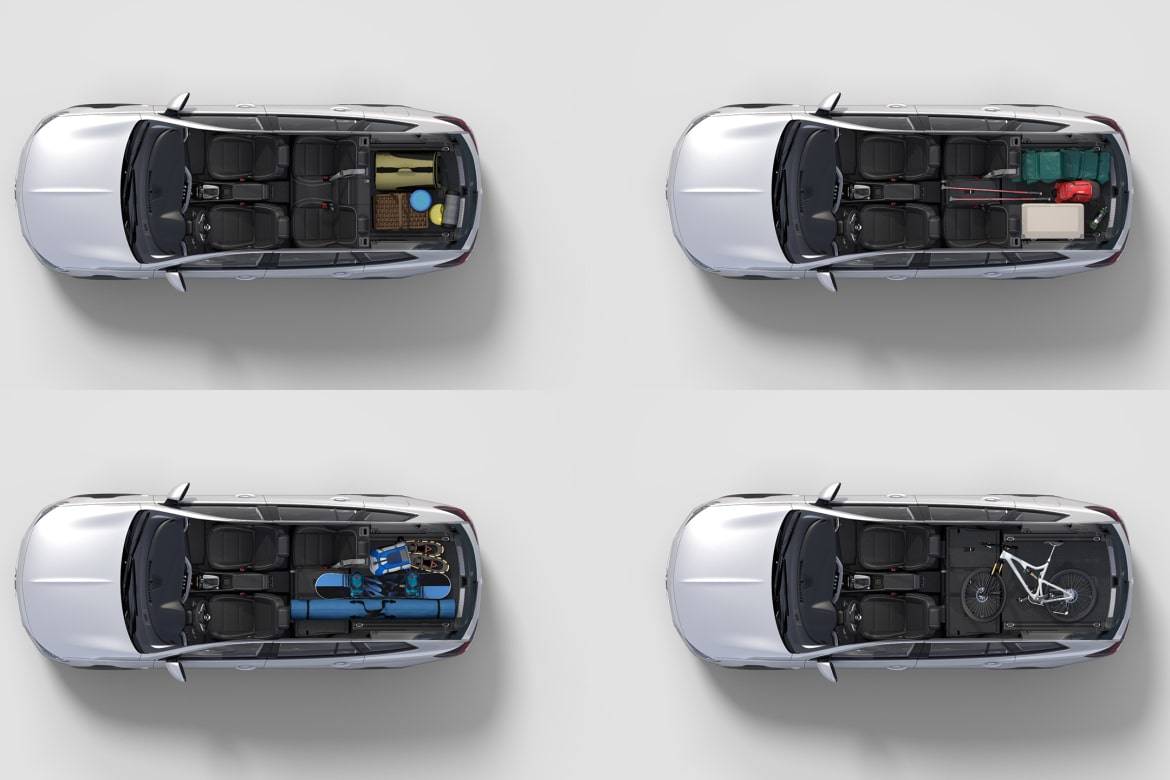 Apple CarPlay and Android Auto smartphone integration are standard, as are push-button start and entry, hill start assist, a universal home remote and heated side mirrors. A Bose premium stereo system is optional, and while all Sportbacks are equipped with an OnStar 4G LTE Wi-Fi hot spot, the data plan comes at an extra cost after a designated trial period.

The Sportback’s engine carries over from the regular version: a turbocharged 2.0-liter four-cylinder making an estimated 250 horsepower, and 260 and 295 pounds-feet of torque on front- and all-wheel-drive models, respectively. The engine is mated to a nine-speed automatic transmission on front-wheel-drive cars and an eight-speed gearbox on all-wheel-drive versions.