We’ve already established that the 2019 Hyundai Veloster R-Spec is pretty much the most fun you can have in a car less than $24,000. At that price (and even at a few grand above, I’d suggest), it’s one of the most enjoyable drives there is, with excellent balance, steering and a real peach of an engine.

But what if you have $30,000 to spend? At that price, Hyundai is happy to offer you the Veloster N, the higher-performance sibling to the Veloster R-Spec that comes with a bit more of everything — more engine, a more sophisticated suspension and more styling flair. The question is: Does that translate to enough added smiles to offset the price difference?

What the N Adds

The Veloster N has a more aggressive wing and a unique front fascia with venting designed to help cool the front brakes, but its changes are much more than skin-deep. It adds a comprehensive set of performance upgrades over the R-Spec, starting with its engine: Under the hood, the Veloster N gets a turbocharged 2.0-liter four-cylinder engine that cranks out 250 horsepower and 260 pounds-feet of torque (versus the R-Spec’s 201 hp and 195 pounds-feet). That horsepower figure jumps up to 275 with the available Performance Package. Like the R-Spec, the N is only offered with a short-throw six-speed manual transmission, but the N’s adds downshift rev-matching.

Underneath the N is an adaptive suspension and an optional electronically controlled limited-slip differential that is also part of the Performance Package. The N also features a more aggressive N driving mode not found on the R-Spec in addition to an N Custom mode that allows the driver to customize the settings for the suspension, steering, engine, rev-matching, differential, stability control and exhaust.

The Veloster N starts at $27,785, but my test vehicle also came with the Performance Package and that adds $2,100 to the price tag, bringing it to $29,885 (all prices include an $885 destination charge). Beyond the upgraded engine power and differential, the Performance Package also adds larger brakes, 19-inch wheels and a variable exhaust system that adds cracks and burbles to the soundtrack.

The N Is Really Good

The N is, much like the R-Spec, an absolute joy to toss around. In normal modes, it comes off as pretty docile; the exhaust is muted and the suspension loosens up nicely to remain comfortable enough in day-to-day driving. But when you click the N button on the steering wheel, the entire car jumps to life. The engine and steering tighten up, the exhaust note loudens and deepens, and the suspension gets very taut.

Power from the engine flows quickly and easily. The Veloster N pulls very hard out of turns, especially for a front-wheel-drive vehicle. The limited-slip differential does a good job up front of allowing the wheels to do double duty, and the rear end of the car gets held in place by the adaptive suspension. The manual transmission, much like the one in the R-Spec, is a joy to operate. It has the right amount of mechanical notchiness so it’s easy to feel where the gates to each gear are, and the throws are short. The rev matching also works quickly and doesn’t get in the way as you rip through the gears.

Hyundai also nailed the steering and balance feel on the N; it feels alive underneath you in a way that other cars that also feature adaptive suspensions do not. Those can feel detached from the road, but the N makes you feel more in concert with the car as it pushes faster and faster.

If I could make one change on the N, it might be the tires. The 19-inch wheels that come as a part of the Performance Package are wrapped in Pirelli P Zero summer tires, but the 18-inch wheels come with Michelin Pilot Super Sports and the R-Spec gets its own set of Michelin Pilot Sport 4 summer tires. On the N, the tires chirped constantly and felt to me like a limiting factor; I had no such problems in the R-Spec (I drove both on similar roads in dry, warm conditions).

Taken on its own, the answer is a resounding yes — the Veloster N is a smile-inducing machine. I loved driving it, and it is significantly cheaper than the rest of its hot-hatch competition like the Honda Civic Type R and Volkswagen Golf R. But the question gets complicated when you factor in the R-Spec, in large part because that car punches so far above its price class. I’d argue that the R-Spec is more of a performance bargain at its $24,000 price tag than the Veloster N is at nearly $30,000.

Further complicating matters is that I didn’t note that much difference between how the two vehicles accelerated. The N has a big horsepower advantage and is measurably the faster of the two cars, but it doesn’t translate to a different experience on the street. I found the R-Spec’s engine to be just as responsive and feel nearly as quick. This could be a byproduct of the weight difference between the two: The R-Spec is more svelte at 2,833 to 2,921 pounds compared with the N’s 3,036 to 3,106 pounds.

That’s why I think the R-Spec nudges the N by a nose when it comes to smiles per dollar. The N has a higher performance ceiling, but it’s not one that’s easily touched on the street, and the R-Spec feels like 90 percent of what the N is at 75 percent of the price. Again, though: There is no wrong answer here. Both are exemplary and make it apparent that the road to hot-hatch glory now runs through Hyundai’s garage. At both price points, the Veloster (whether it be the R-Spec or the N) is the one I’d choose among the respective competitors. 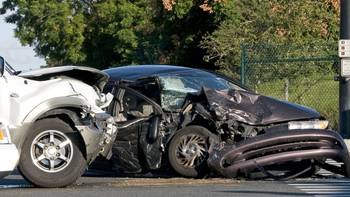 What Happens When a Car Is Totaled? 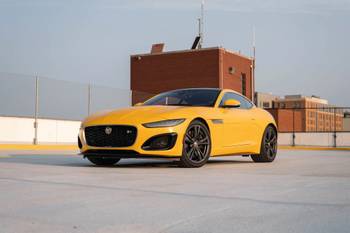